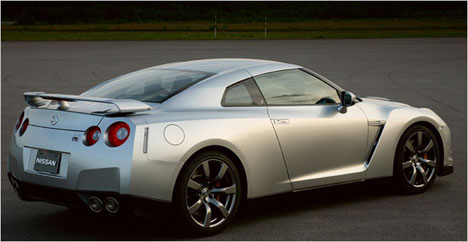 There's at least two groups of people who know about the Nissan Skyline: Gen-X motorheads who grew up reading Car & Driver in the '80s, and Gen-Y videogamers who have "driven" virtual versions of the car through a Playstation controller.

Not only did Nissan give GT-R data to the Sony PlayStation designers and the software developers at Xanavi Information to make sure the cars in the Gran Turismo games would be accurate, the game producers returned the favor, helping to create the car's 11 instrument panel display screens.

The previously right-hand-drive-only car, which could previously only be purchased in Japan, Australia and Europe, is finally making its way Stateside this June. Seventy large and a good spot in line will get you one of the 2,500 scheduled for US import; the rest of us will have to make do with Gran Turismo.