Well over four years ago, we saw Jaguar release a video of their "360 Virtual Urban Windscreen Concept," and it's yet to make it to market. The idea, to refresh your memory, essentially made the A-pillars of the car invisible, providing clean lines of sight for the driver.

Now an eighth-grade student, Alaina Gassler, has managed to do the same--using a simple webcam and a small projector:

The Pennsylvania student executed the project for her school's Science and Engineering Fair.

"Many car accidents are caused by drivers not being able to see hazards due to blind spots," Gassler's abstract reads.

"My prototype is designed to get rid of those blind spots by displaying an image of the area behind them onto the spot. I used a small projector as the displaying device and a webcam as the recording device. The webcam is mounted onto the outside of the car, and the projector displays the image only the A-pillar of the car. To help the image become brighter and clearer, I used a reflective fabric that reflects the picture only to the driver. This prototype has the potential to greatly reduce blind spot related car accidents." 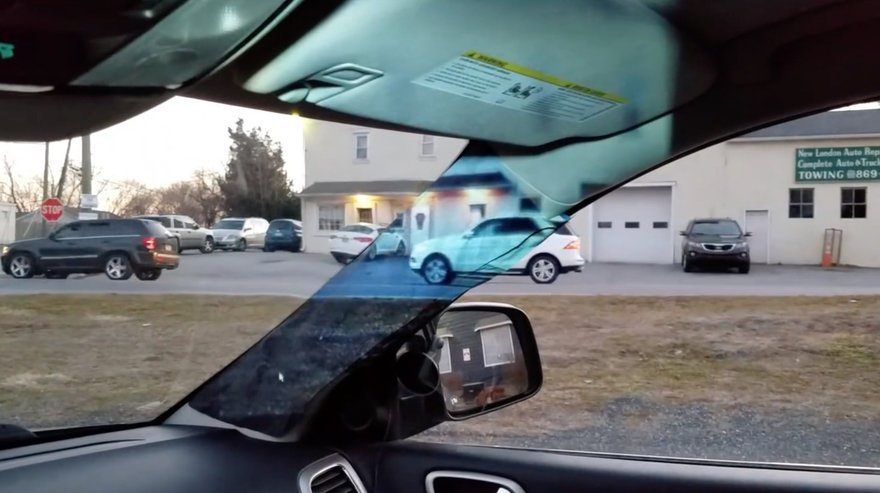 I don't know if Gassler won anything, but someone get this girl a job! And Alaina, if you're reading this: Can you do anything about my car's chunky C-pillars?