Frequent earthquakes have created a market for portable occasional-use helmets

When I lived in Japan, with its frequent mini-earthquakes, I quickly learned not to place items on top of high things in my apartment. In some of the space-tight apartments I visited in Tokyo, I saw that not keeping things atop bookshelves and cabinets was a luxury not everyone could afford.

Because Japan has a combination of frequent seismic activity and crowded interior spaces, there's a market for occasional-use helmets. These won't stop a girder from killing you, but are meant to prevent smaller items, like books or light fixtures, from landing on your head and possibly cutting you.

And because space is Japan is tight--every millimeter of storage space counts--having an occasional-use helmet that breaks down into a smaller shape would be greatly desirable. Particularly in group environments, like schools or offices, where the administration may require that multiple helmets be stored.

As with folding bike helmets, there is no one winning solution as of yet. Here are five design approaches we've found: 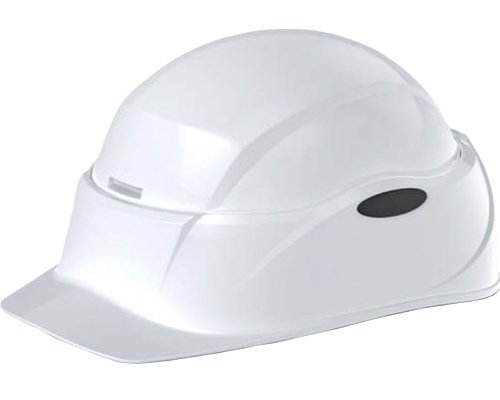 This interesting two-piece take on the helmet flips its lid, like a garbage can. That reduces its height by nearly fifty percent (from 140mm to 80mm), making it a bit easier to stow. Made from ABS. 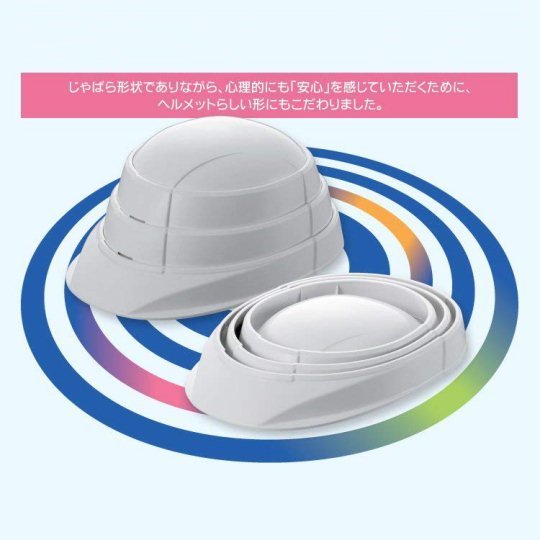 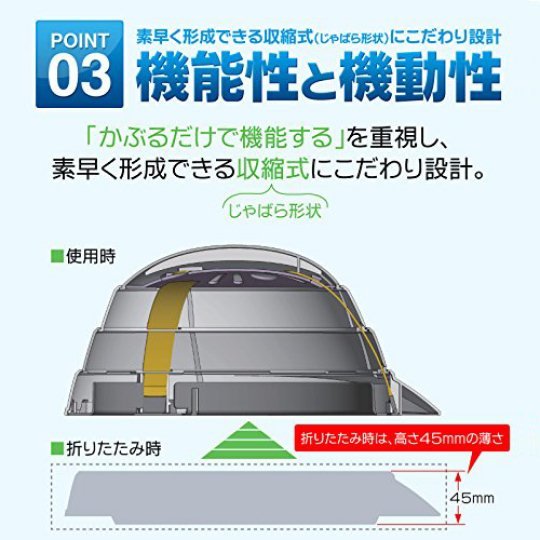 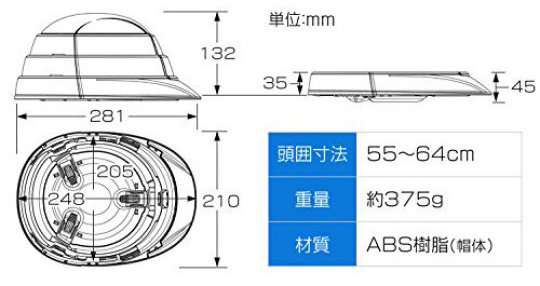 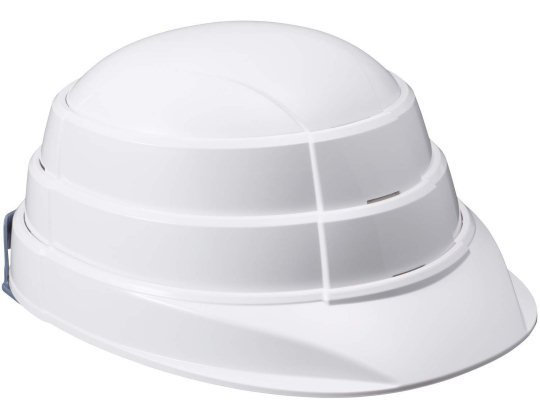 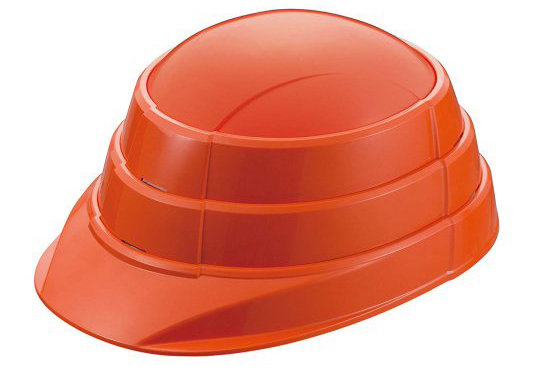 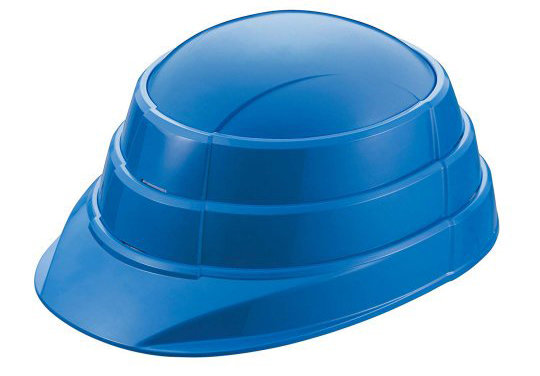 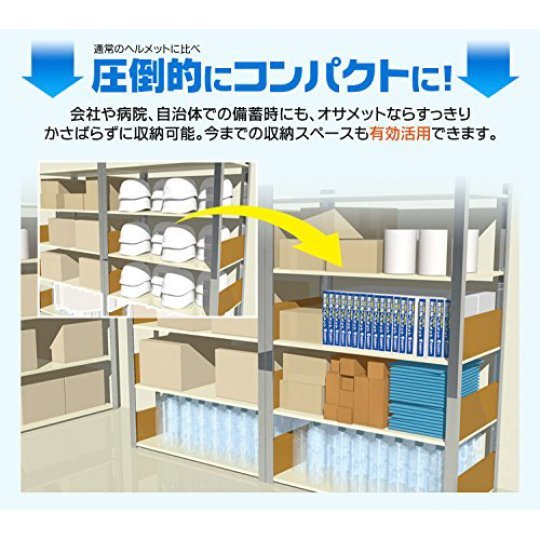 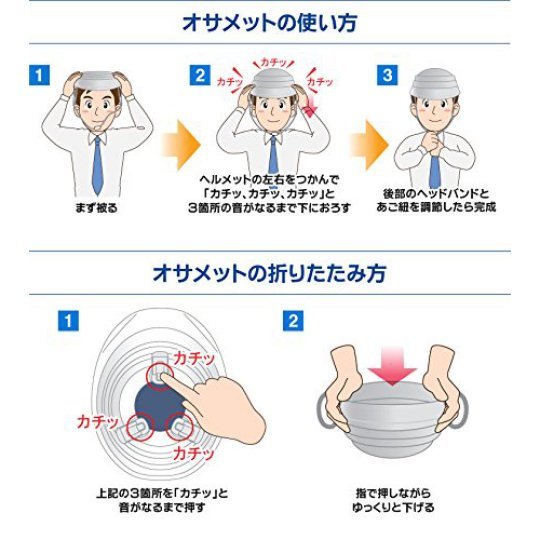 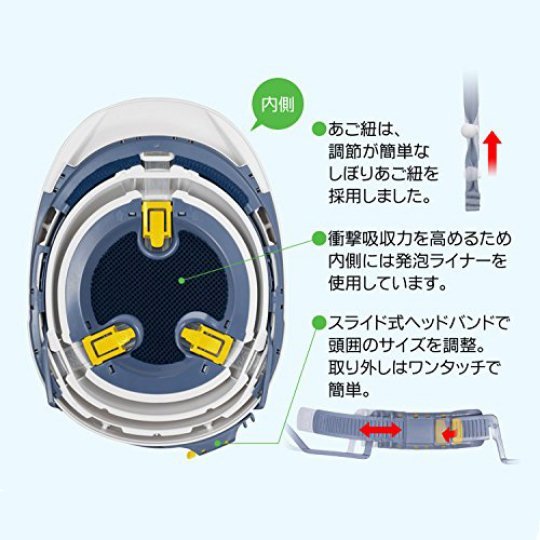 Made from ABS, the Osamet design telescopes down from helmet-height to about the thickness of an office binder (45mm). 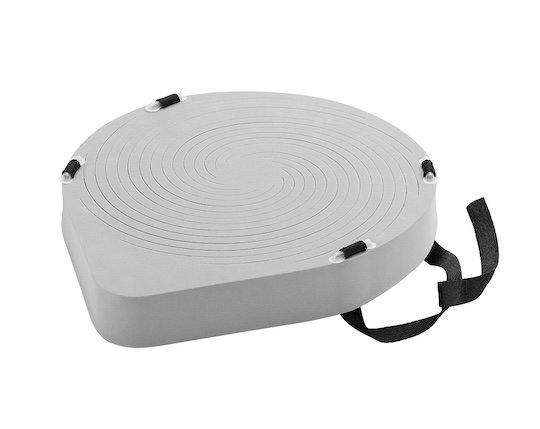 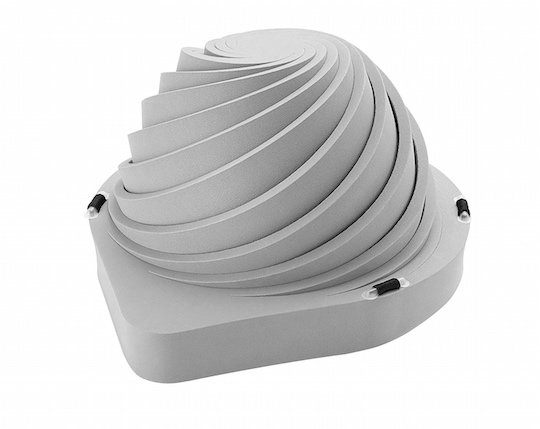 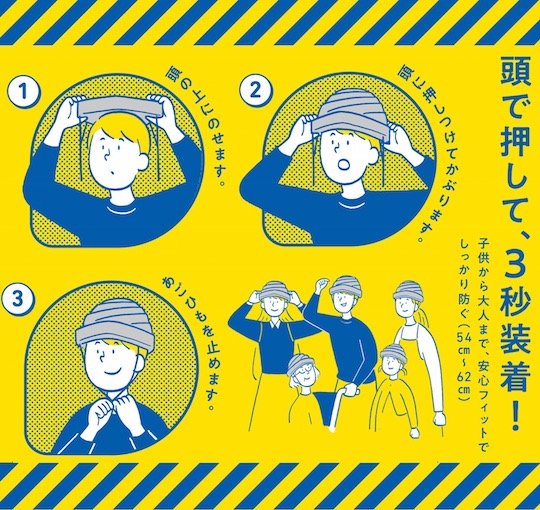 This fascinating spiral design eschews the ABS of the previous two, opting instead for polypropylene and polyethylene. It can collapse down to 40mm. As you'll see by looking at the following designs, the chinstrap in this one appears to be a bit of an afterthought; this design appears the most "designey" (in the pejorative sense of the word) to me. 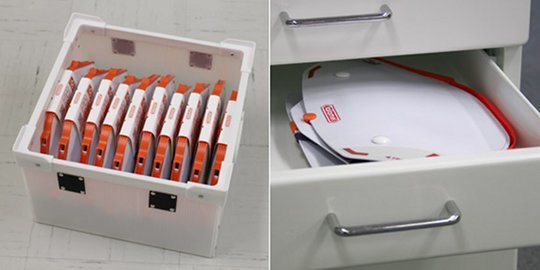 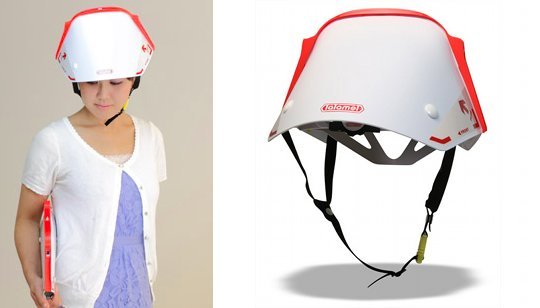 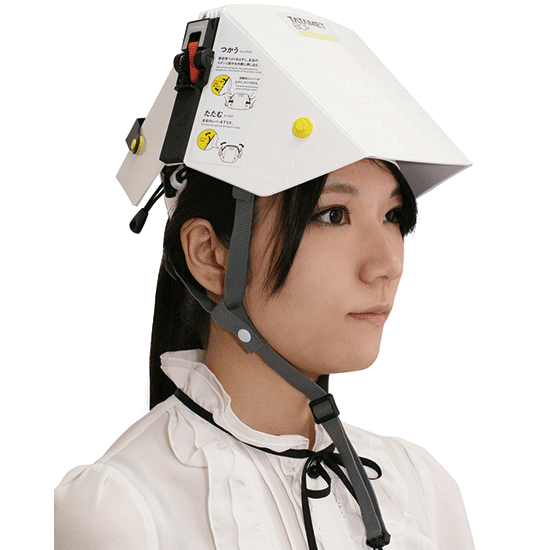 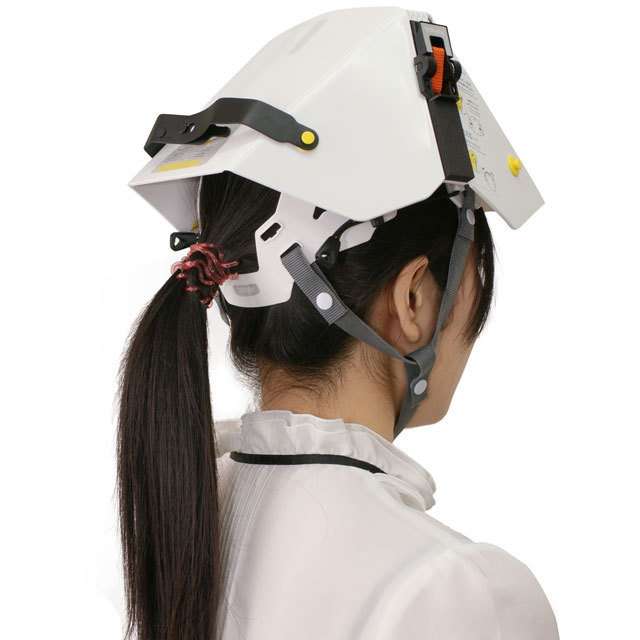 Tatamet's two designs each fold flatter than any of the ones above, getting down to 35mm. Different from the previous three designs, they've gone with what look to be either PP or PE sheets, and their two designs look like they were the most complicated to engineer.

Also, one downside with the Designer model is that you need to use the included built-in tool (might be easy to lose?) in order to break the helmet down, as you can see in the demo video: 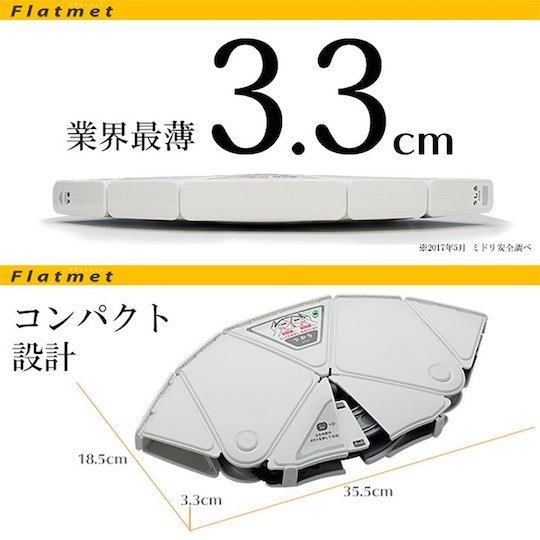 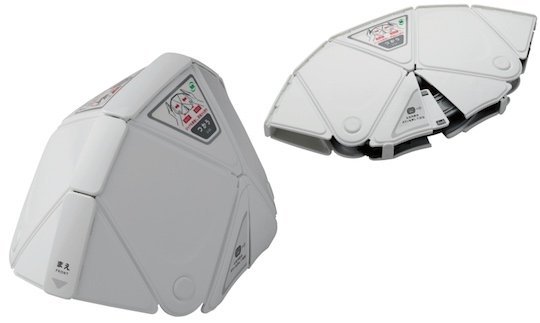 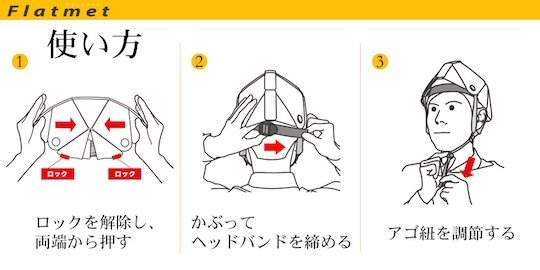 Flatmet's design goes flatter than all of them, down to just 33mm. The designers have chosen to go with PP, ABS and polycarbonate, and unlike the others, this one looks the most form-follows-function. 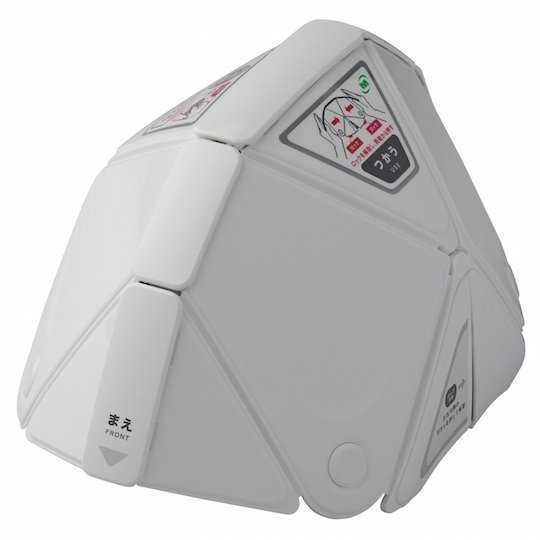 My favorite design of all of them is the Flatmet, because it looks like the designers were not going for an aesthetic, but just trying to work with the material's properties--and then an aesthetic actually emerged.

Anyways, I will say that Japan is an amazing place to live, though I sure don't miss the earthquakes. If I had stayed there longer, I'd have probably purchased one of these to keep near my bed (being waken up by an earthquake is the worst in terms of fear factor). If you click on the links you'll see they're listed in the USD $70-range, but that's likely due to cost of importing; in Japan they go for the yen equivalent of about 30 bucks a pop.