I can't believe this won a Design Award

On the face of it, I think this may be the dumbest idea I've seen this year. Japan's Morita Miyata Corporation, which has been making firefighting equipment for over a century, has designed this set of fire extinguishers: 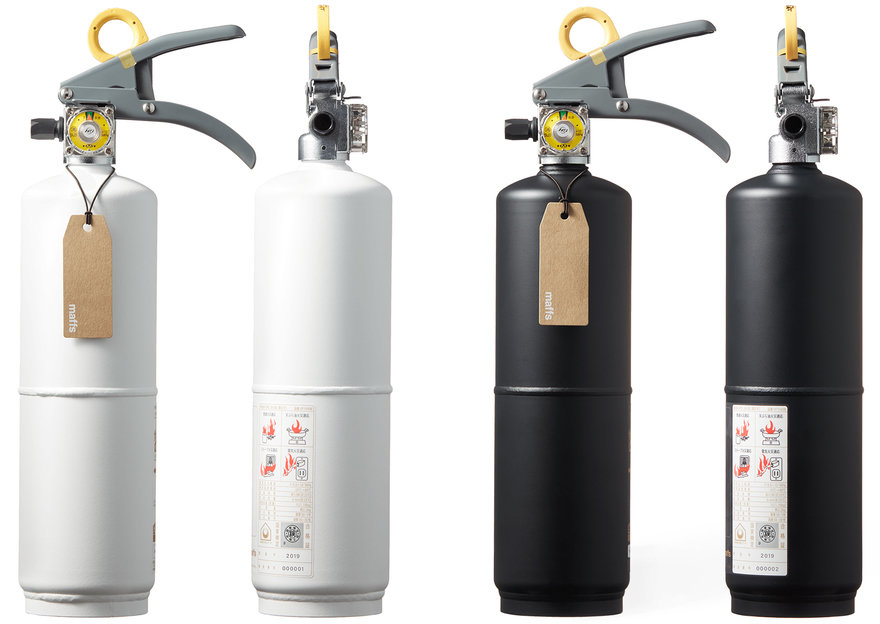 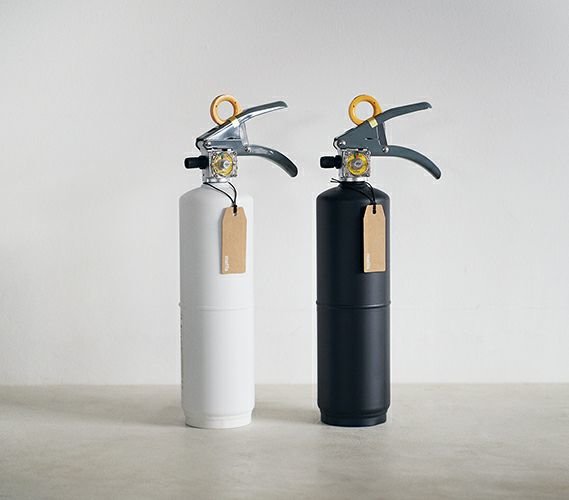 So why aren't they red? Because the designers have opted for "refined monotone colors that harmonize with the interior and softly fit into your daily life." Furthermore, "That it can be placed in full view without any sense of incongruity is the most special feature of the design of this fire extinguisher." 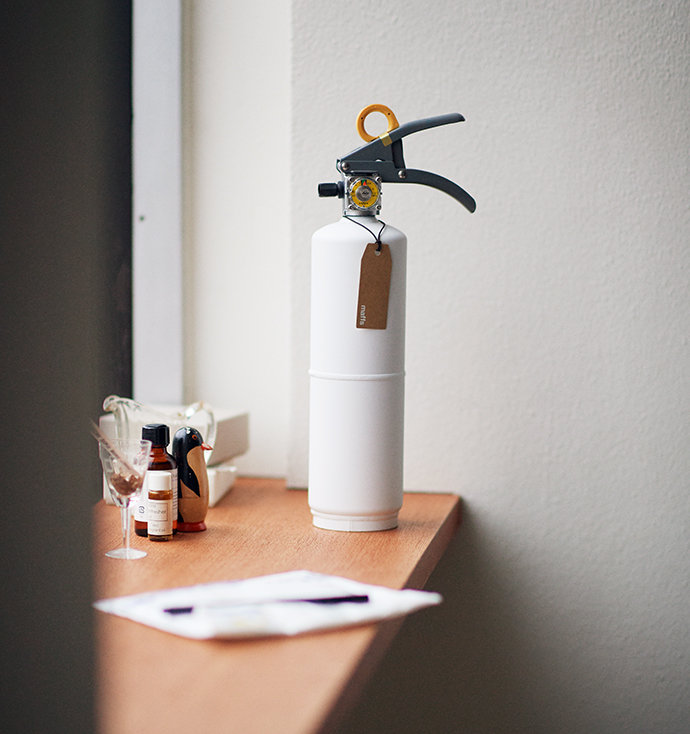 Isn't visual incongruity, not harmony, the entire point of a fire extinguisher's color? If there's a grease fire in the kitchen or an overburdened octopus plug bursts into flame, don't you want to be able to locate the damn thing right away? Below is one of the company's actual press photos, which resembles my vision after I first wake up: How easy do you find it to spot the extinguisher? 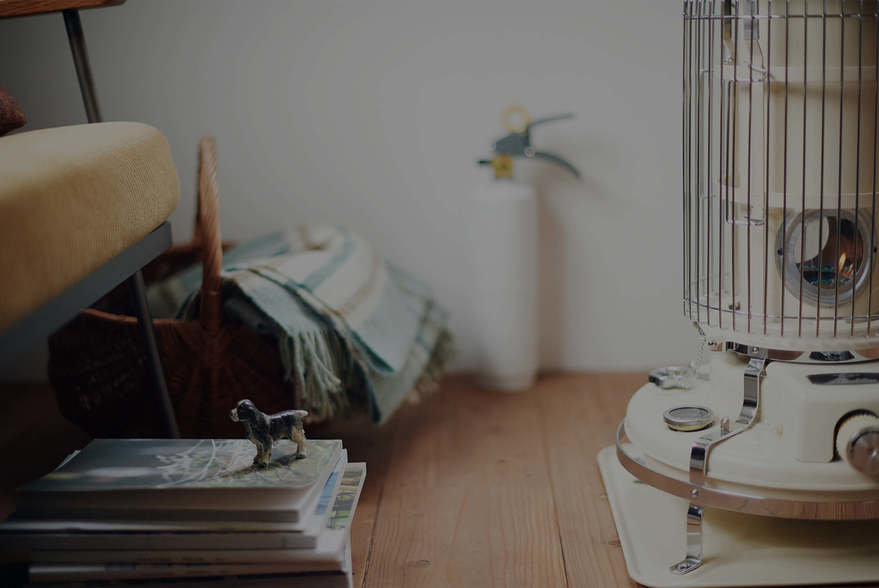 And how confident are you that you could quickly locate either of these if a fire broke out? 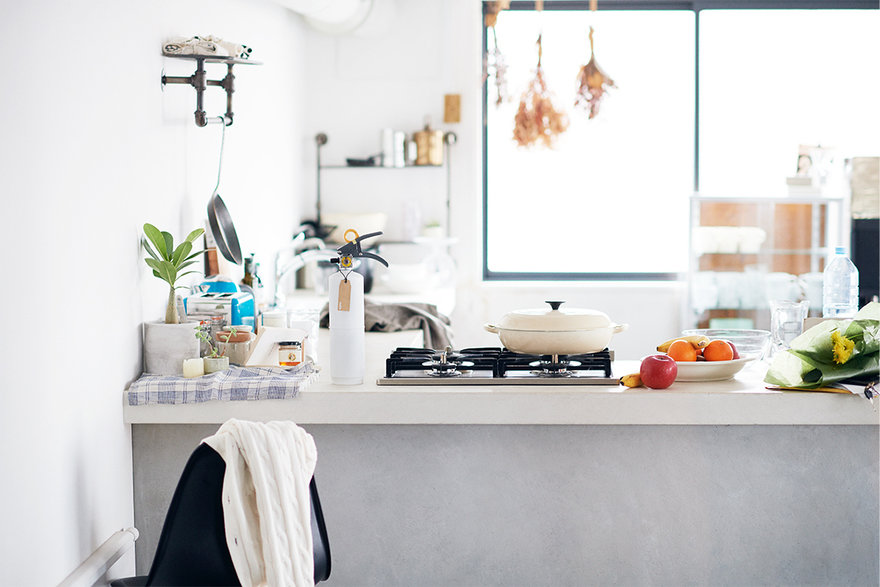 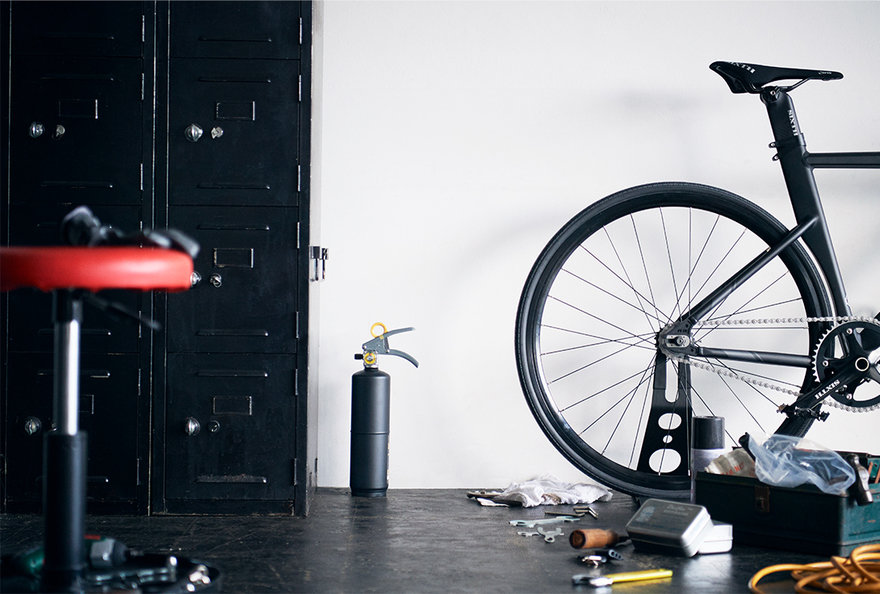 High visibility for this object was apparently not important to the judges of the Good Design Awards. They gave one to these extinguishers, with what I think is an idiotic evaluation: "There has been a preconceived notion that fire extinguishers must be red in order to grab visual attention," they wrote. (Yes, that's exactly why they're red.) "I feel like we have just accepted fire extinguishers to be red because that is the way they are." Right, and maybe we've also "just accepted" that firefighting foam extinguishes fires because that's what it actually does.

The only thing that prevents me from giving this a resounding "Nay" is this consideration: The designers are attempting to make the object more stylish because "disaster preparedness continues to be removed from everyday life in Japan," according to Spoon + Tamago. In their estimation, the company "designed a minimal set of fire extinguishers to encourage people to keep one in their home."

Also, I have my doubts that the Japanese are not a disaster-prep-minded people. When I first moved there, I discovered that every apartment in my building had a prominent switch on the wall to turn off gas to the entire apartment. I was told you're meant to switch it off every time you leave, so there's no "live gas" running to your apartment in case there's an earthquake. A friend who lived nearby shut his gas off every night, even in the dead of winter, in case there was an overnight earthquake; the first time I crashed there, in the morning I observed his ritual of starting up the water heater while we froze our asses off in the well-chilled home.

Despite that, I cannot remember if people's houses all had fire extinguishers in them or not. Any readers who live in Japan: Can you confirm whether the objects are common or not?

Lastly, whether you live in Japan or not: Yea or Nay to these?