Hyperactive Dog vs. Parked $200,000 Porsche Does Not End Well for the Porsche

The internet being what it is, I was not able to track down the original source of this image; it's been Tweeted, Instagrammed and Facebooked by many. 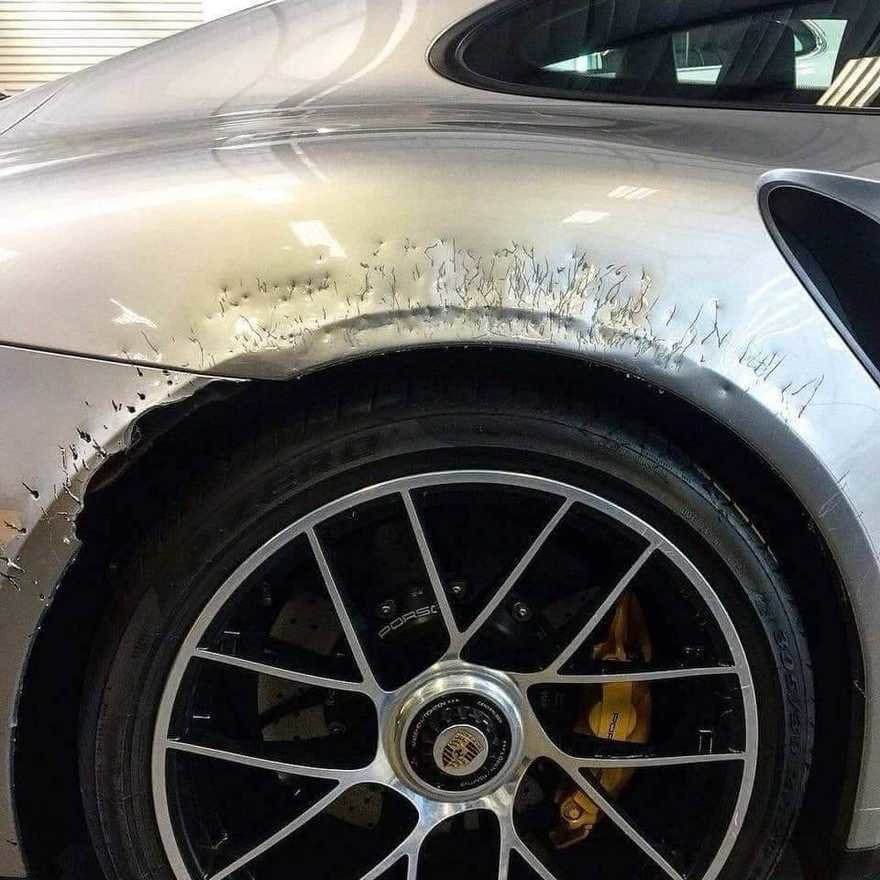 One person said it was taken by musician Don Omar (it wasn't, unless the Redditor who posted it one year before Omar Instagrammed it has a time machine).

Another, on Facebook, claimed the picture came from a Porsche owner who also owns a Belgian Malinois--an expensive and hyperactive German-Shepherd-on-meth type of dog who should never not be chasing very fast fugitives--and that he stupidly locked the underexercised Malinois in the garage with this Porsche 911 Turbo S, which runs upwards of $200,000.

When my wife saw the photo, she declared (while openly admitting that she's paraphrasing a Hannibal Burress joke): "Looks like his money is destroying his other money."

Hyperactive Dog vs. Parked $200,000 Porsche Does Not End Well for the Porsche