Production Methods: How Complicated Radiating Patterns are Engraved in Metal

Check out these patterns cut into metal, and ask yourself: How the heck did they do that? 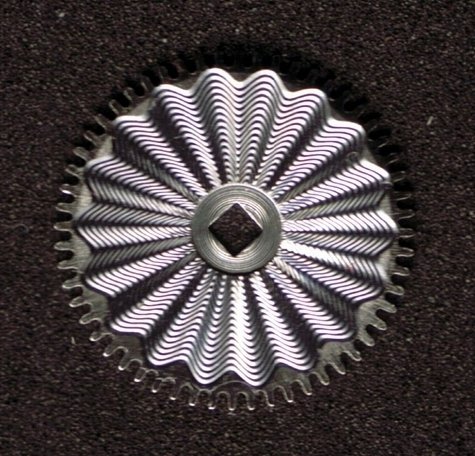 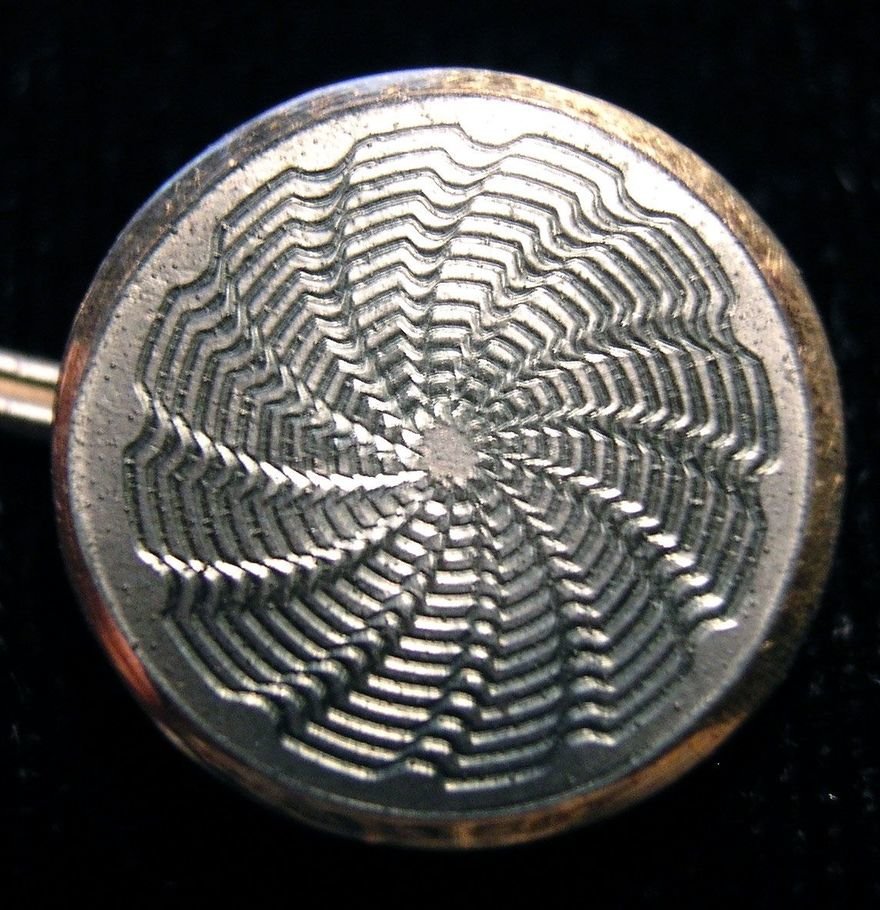 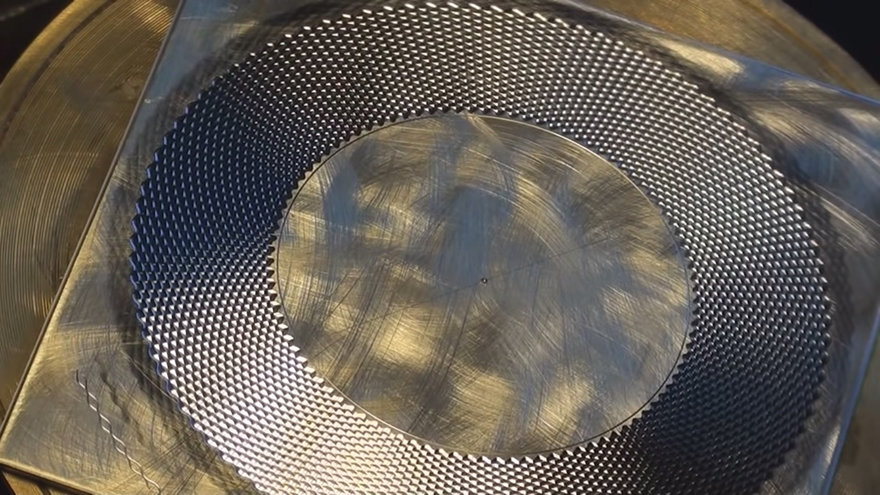 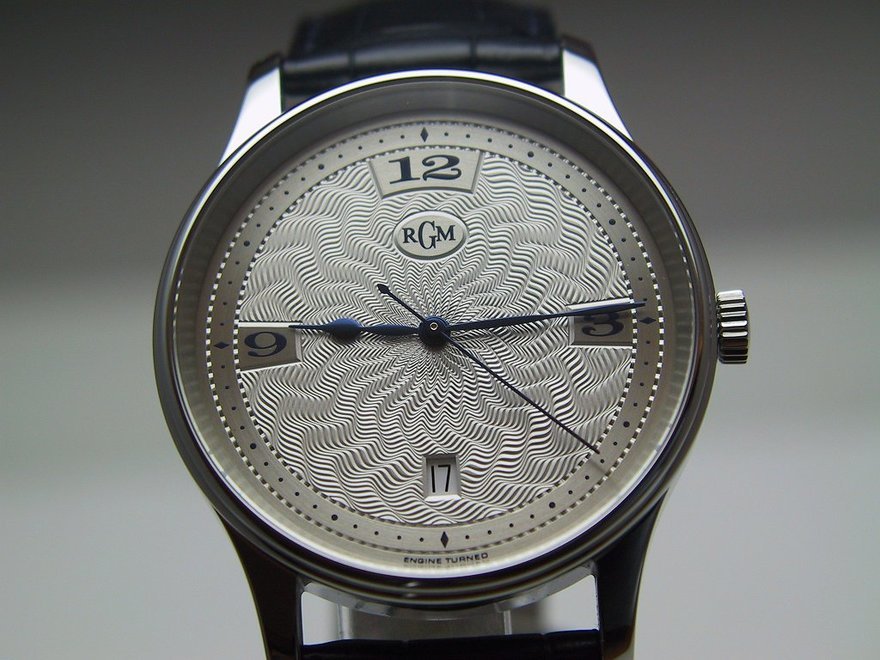 The process has long been known to master watchmakers from the Continent, and in English it's called rose engine turning, done with a rose engine lathe. (The French call it Guilloché, with there being some debate as to whether it was invented by a guy named Guillot or not.) 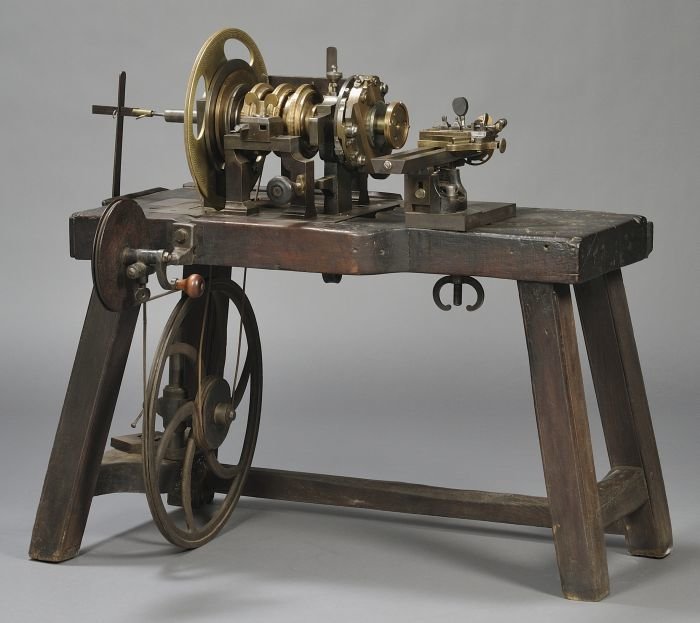 The rose engine lathe is sprung; that is to say, the entire rotating part of the lathe rides on springs, like a car suspension, except the range of movement is side-to-side rather than up-down. Large pattern wheels (the titular "roses") are loaded onto the lathe. 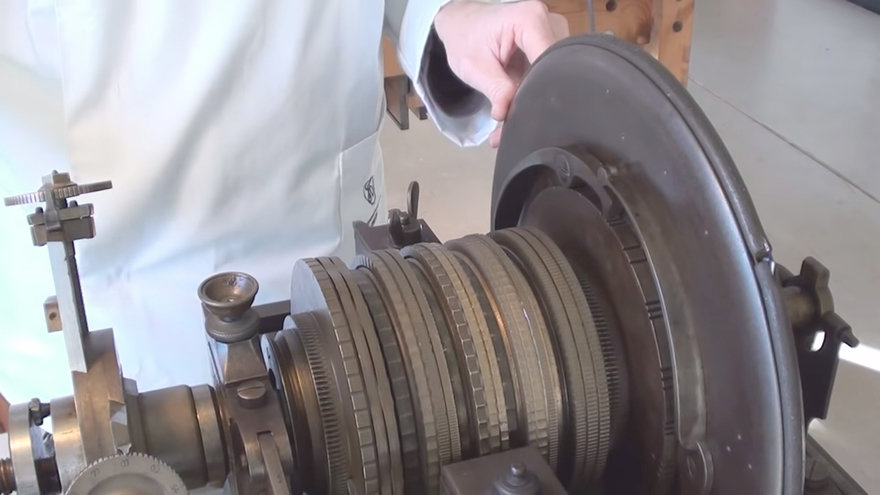 The stack of discs that look like gears with the teeth shaved off are the "roses," or patterns

Next a finger-like rubber--as in "thing that rubs," not the stretchy material--is placed against the edge of the desired rose. 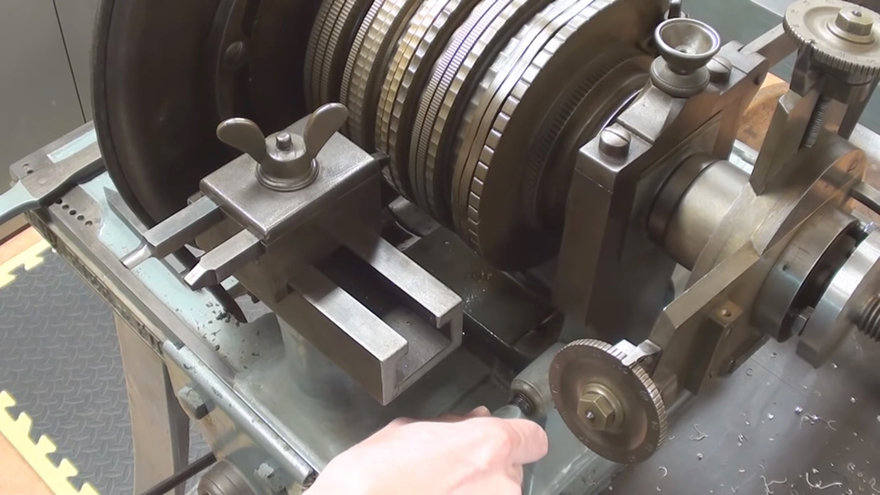 The two rods protruding from the block under the wingnut are the "rubbers." Here he's advancing one of them towards the edge of the "rose."

Because the rubber is fixed and the lathe is sprung, when the lathe rotates, it moves in accordance with the pattern. 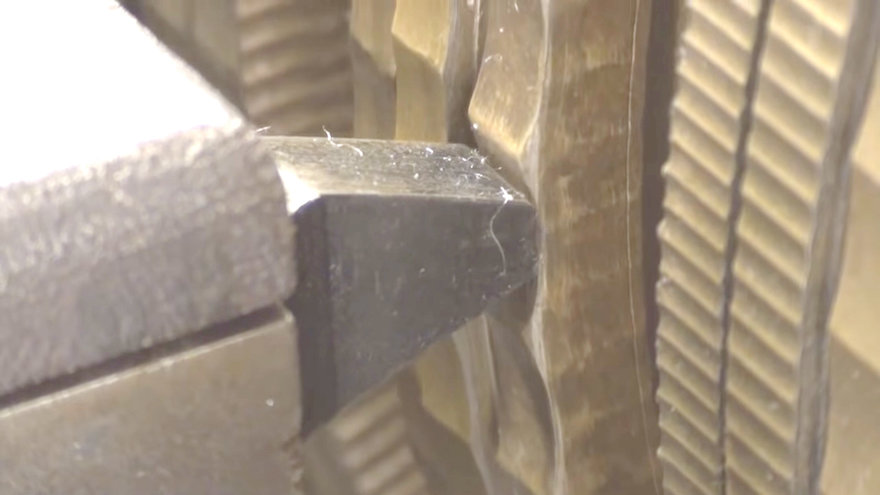 Close-up of the tip of the "rubber." It rides along the ridges on the edge of the "rose" as the lathe rotates, which produces a repetitive side-to-side oscillation.

Then a cutting tool is brought into contact with the object chucked up in the lathe. 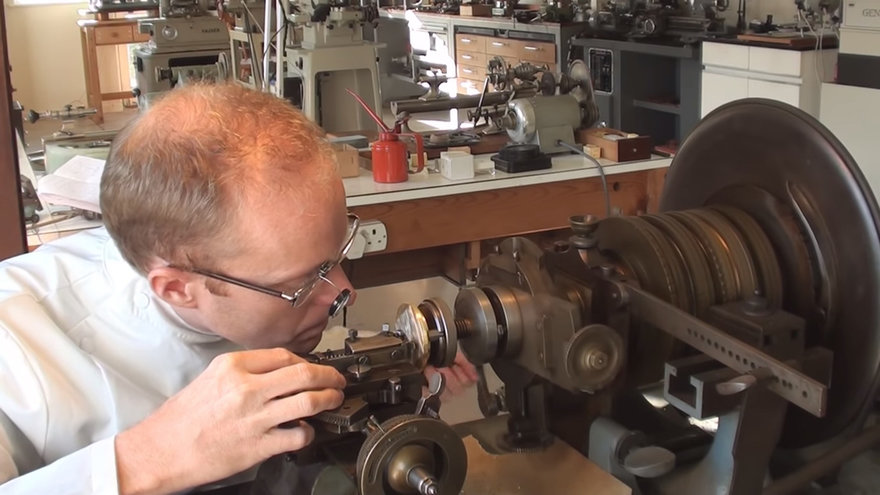 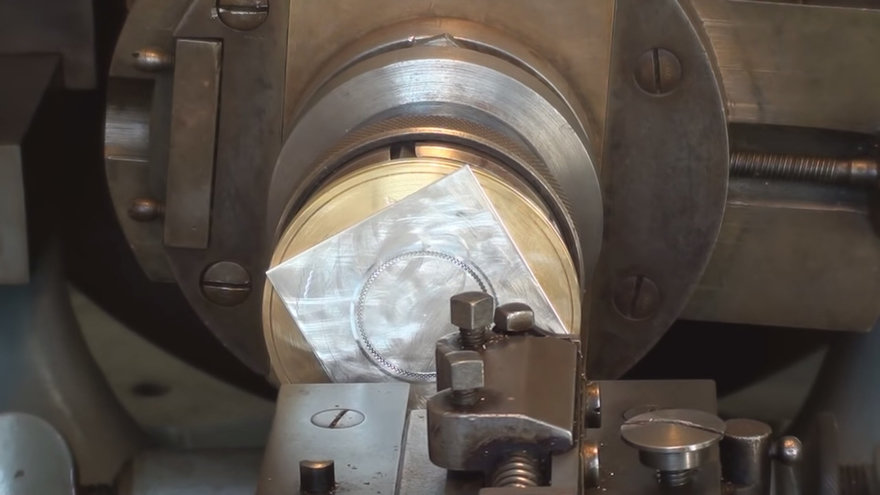 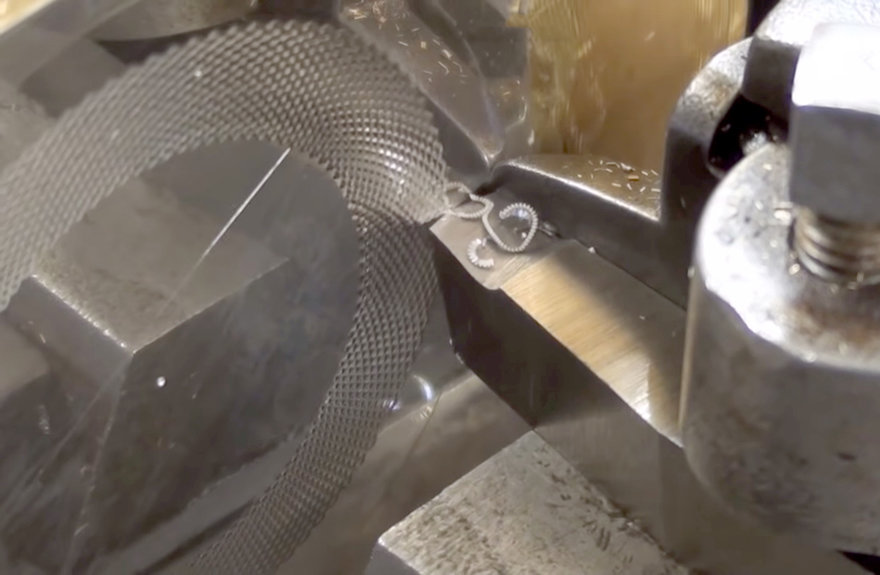 Confused yet? Watch this short clip and all will be clear:

To give you some idea of how long a machine like this takes to set up, consider that the video above is Part 5 in the series. The first four parts were just the watchmaker, Roger Smith, getting the machine and material dialed in. (If you want to see the whole thing to better understand the machine, Part 1 is here.)

Production Methods: How Complicated Radiating Patterns are Engraved in Metal