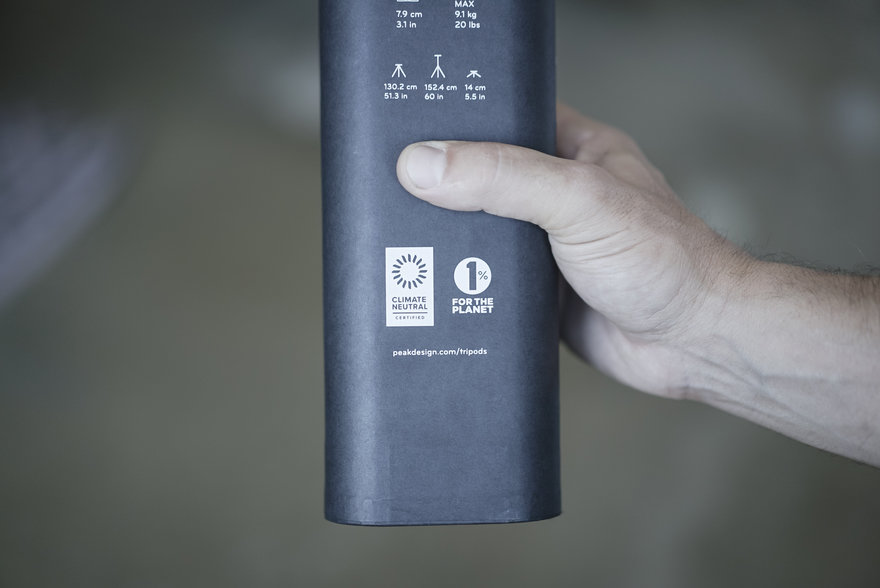 Carbon offsets looked, at first, like an easy way to atone for our environmental sins—an indulgence payment for the climate crisis. But they're not so simple. It has historically been hard to measure and verify their restorative impact; that impact isn't necessarily maintained long-term; and they haven't pushed offset customers to reduce their original pollution output.

Peak Design founder Peter Dering and BioLite founder Jonathan Cedar were frustrated by those limitations—and hearing from other frustrated, environment-minded founders—when they got the idea for Climate Neutral Certified. Like organic and Fair Trade labels, it helps creators show they're taking verified steps toward making their products in a more conscious way. And with the experienced leadership of their executive director Austin Whitman, a veteran of climate-conscious enterprises, their initiative is pushing carbon offsetting into what looks like a more sustainable future. After launching on Kickstarter hoping to sign on a few dozen companies, they've been heartened to exceed that goal with several weeks left to go in their campaign.

The lost decade of carbon offsets

Dering and Cedar tapped Whitman to run Climate Neutral Certified because he's been working in or adjacent to the carbon offset market for nearly 15 years.

He first bought carbon credits in 2005, when he launched a program to offset his grad school classmates' airline travel for study-abroad programs. In 2009 he went on to work for a London-based asset manager that invested in carbon development projects around the world.

Then he noticed an eerie cooling of interest. "There's sort of a lost decade between 2009 and 2019 in terms of carbon offsetting and carbon markets development," Whitman says. "The total voluntary market demand stayed relatively flat—it's felt locked in time."

He saw the cause as twofold: Early carbon offset models were failing to deliver the results they promised, and politicians were shrugging off responsibility for moving climate conversations forward.

"The U.S. was obviously an incredibly large missing player at the table in global climate negotiations," Whitman says. "The Waxman-Markey bill in the House and the Kerry-Boxer bill in the Senate essentially would have set up a national carbon policy for the U.S.—it would have made us the largest carbon market in the world. So there was a lot of disappointment when the talks broke down and political priorities shifted.

"The Clean Power Plan under Obama would not have produced a carbon market in the way we [typically] think about it, but it would have made meaningful progress on climate change," he says. "The current administration has reversed all that, most notably promising to pull out of our commitment to the Paris Agreement. So I guess if you chart the course, there were tremendously high hopes that fell apart."

Disappointed, Whitman spent 2011 to 2019 working in cleantech and environmental consulting, not seeing much opportunity for carbon offset credits.

What's changed since that lost decade

The market dissatisfaction with carbon credits didn't fall on deaf ears. The technology plodded along over that decade of low adoption rates, and by the time Whitman became involved with Climate Neutral, he saw technical filters becoming more robust and rules more rigorous. Carbon offsetting projects now needed to go through multiple verification cycles and validate the promised amount of carbon offset over time.

"These days, forestry projects, for example, use a lot of remote sensing technology—satellites that can count individual trees," Whitman says. "Whereas 10 years ago it would have been impossible to count every single tree in a forest, you can actually do that pretty quickly now with a satellite. We've also learned [many] more practical, on-the-ground lessons, like that if you decide you're going to protect an acre of forest, you'll have a real problem if that displaces an indigenous community or interferes with local ways of life."

The progress in carbon offsets is exciting, but what will really move the needle is scaling it. "We'll only continue to get more quality in the market as more and more corporate buyers realize that carbon offsetting really does need to be part of any kind of responsible carbon management strategy," Whitman says.

Companies from Allbirds to Klean Kanteen have signed on to open up their operations to climate assessments, commit to paying for carbon offsets, and display the Climate Neutral Certified label on their packaging.

Some, like Klean Kanteen, "had basically felt like they had already exhausted everything that they could possibly do" for operational sustainability, Whitman says; buying offsets was the last step. Others are signing on because they see competitors doing it. And some are using it as a way to commit to sustainability before their operations are even up and running. There are more than 60 committed so far, including Kickstarter.

"In the past 18 months, the public discourse has turned to climate in the loudest and clearest way I've ever seen working on these issues for 15-plus years," Whitman says. "The climate is a real problem, and we've got to do something about it. The U.S. federal government isn't doing anything about it. There's no conceivable path to an effective global policy on carbon. And at the same time, we're being told that we have 12 years to enact any meaningful changes, [and] 30 years to get to a net-zero global economy if we actually want to maintain a livable climate. And that's one of the things that many of the companies we work with actually recognize—that now it's their turn."

Climate Neutral Certified is live on Kickstarter through December 13, 2019.