Over a decade ago, an anonymous writer/photographer known as "Gentle Author" set out to write 10,000 stories, at a rate of one per day, about life in London's Spitalfields district. (To our largely Yank audience: Spitalfields could roughly be likened to Manhattan's Lower East Side--formerly working-class, later seeing an influx of creatives and new immigrants, now grown eclectic but gentrified.) The resultant blog is Spitalfields Life, and Gentle Author's deep archive shows that s/he stuck to the plan and aims to complete it.

Among the many urban phenomena within walking distance of GA's stretch of London are multiple examples of a peculiar architectural occurrence: What GA calls "facadism – the unfortunate practice of destroying everything apart from the front wall and constructing a new building behind it." 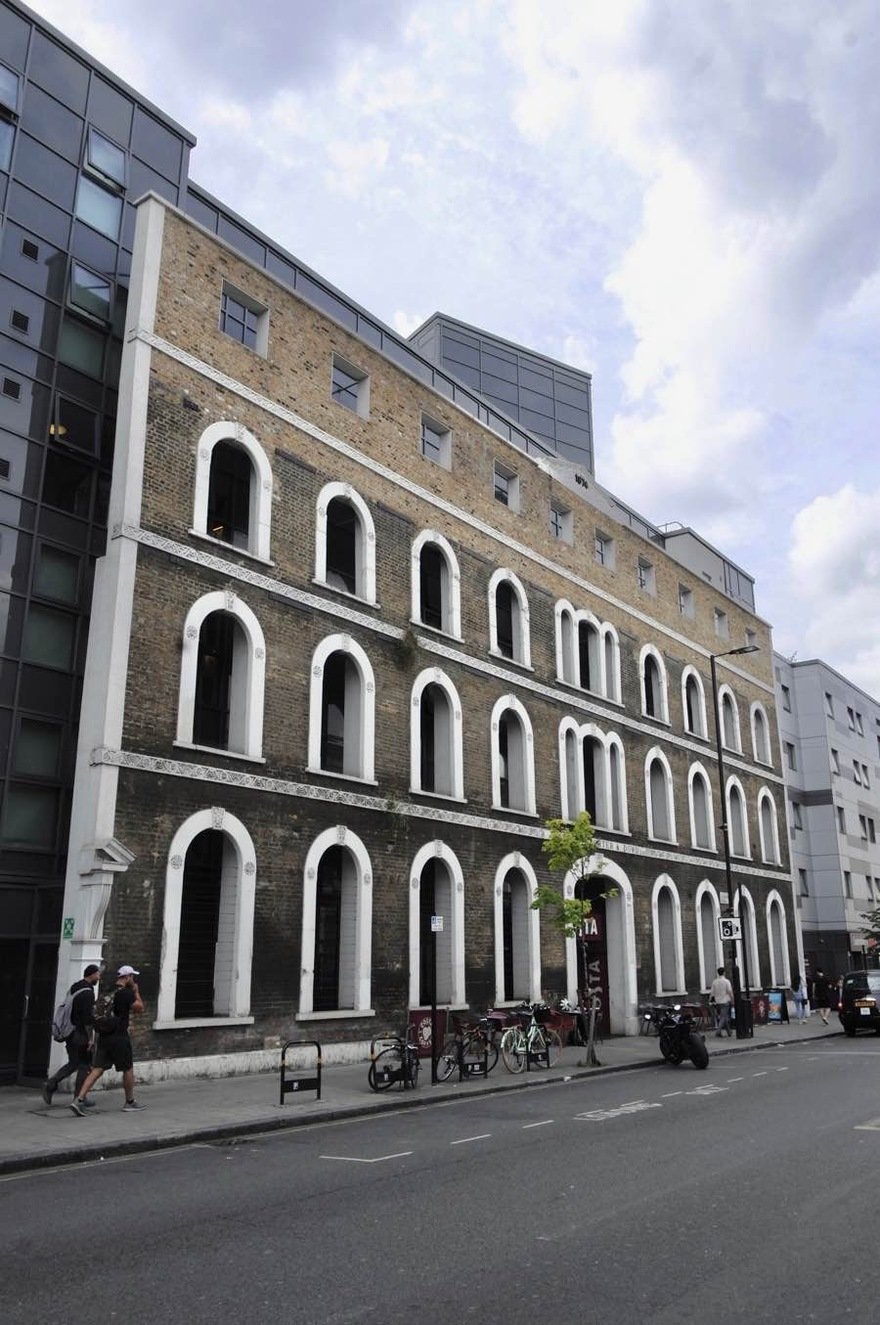 Whenever you see an old facade with a new structure behind it, this tells you that a building of distinction once stood there that could not simply be demolished and the compromise which arose was to keep the front wall. None of these facaded buildings should have been destroyed, but it happens because the economic forces driving redevelopment are greater than the legislation to protect what exists already. The recent rise in façadism is a barometer of how far the power balance has shifted away from conservation towards redevelopment. The result has been the loss of too many important and attractive old buildings that once enhanced our city and their replacement with generic monoliths. 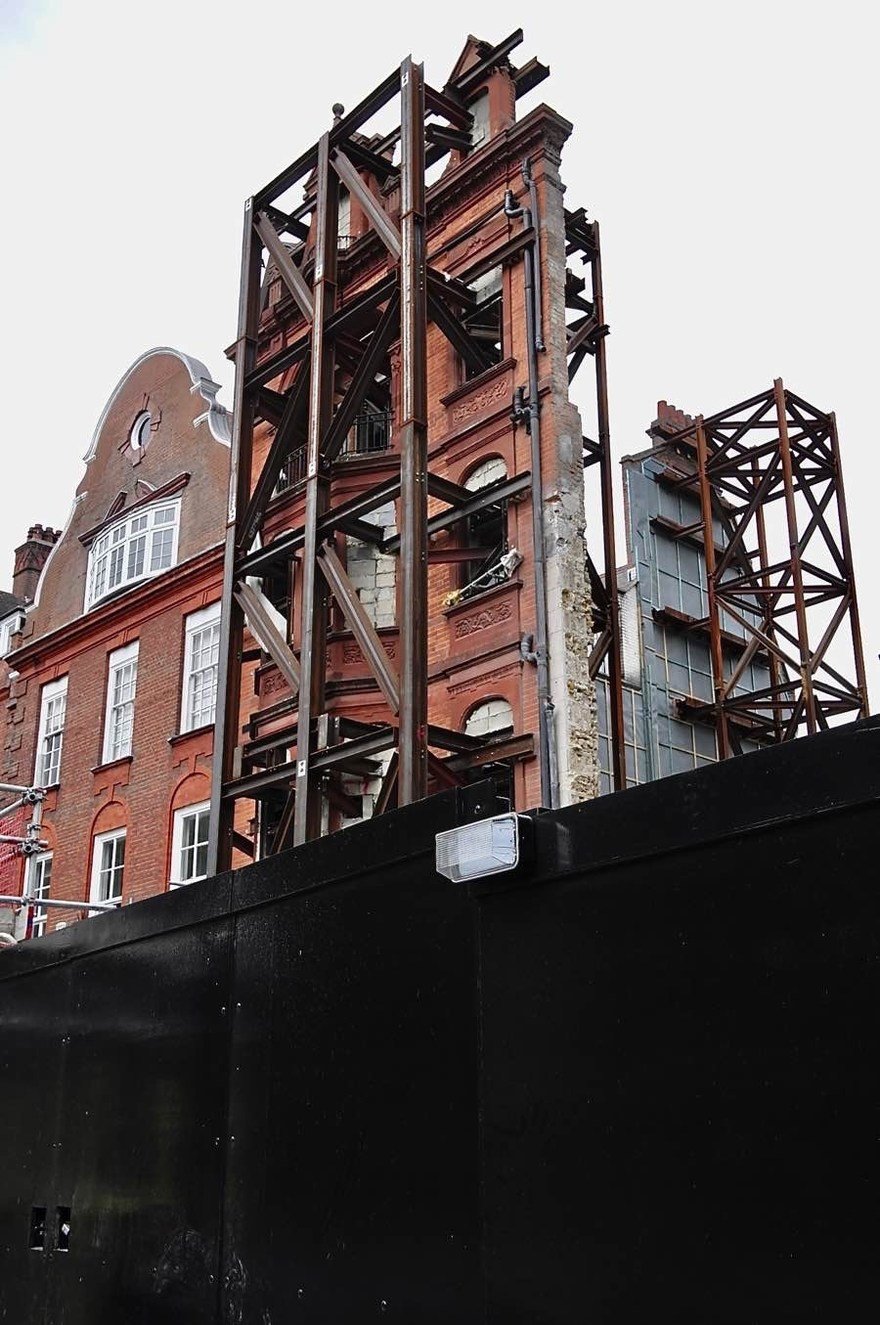 No-one believes the original building still exists because the front wall still stands. There are a few examples where an attempt has been made to hide the join but, in my experience, this is a fiction that developers do not strive to maintain. Mostly, retaining the facade is an unwelcome condition of planning permission when their preference would have been complete demolition. Abnegating responsibility, the developers either complain that they were forced to keep the front wall or occasionally boast that they retained the period features, while the local community grieves that a beloved building and landmark has been destroyed. Nobody really wins and the uneasy physical form of the buildings manifests the tensions which arise in such compromises. 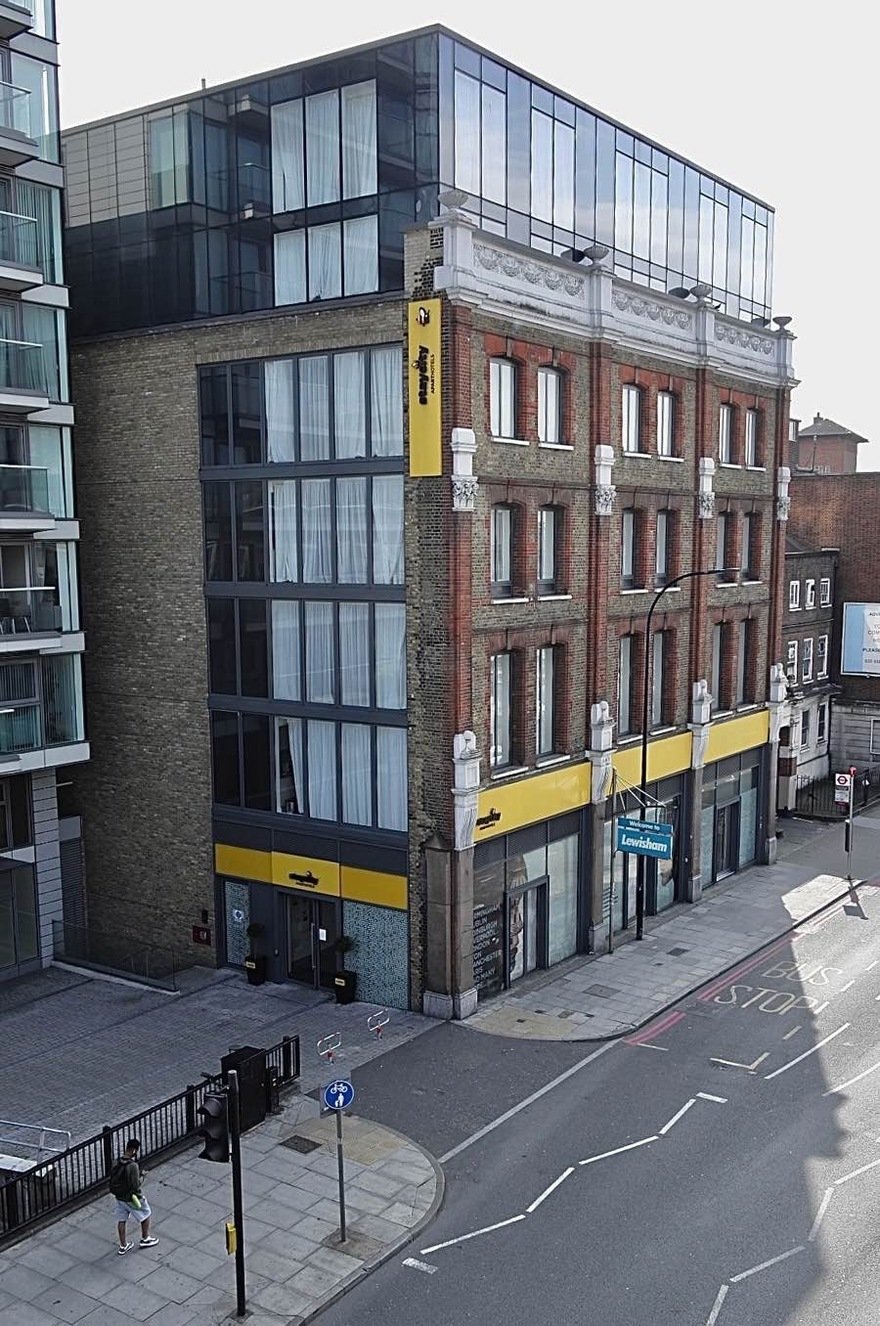 The front wall alone can never be a sufficient replacement for the loss of a building. Even the assumption that it could be raises questionable notions about how we experience the urban landscape. Cynically, it implies we perceive the world as mere surface and it does not matter if what is behind changes, as long as the superficial appearance is preserved. Yet a facade becomes a mask when it conceals a building's change of use – from a philanthropic institution into luxury flats or from a public building into a corporate headquarters – distracting our attention from the reality of the transformation. 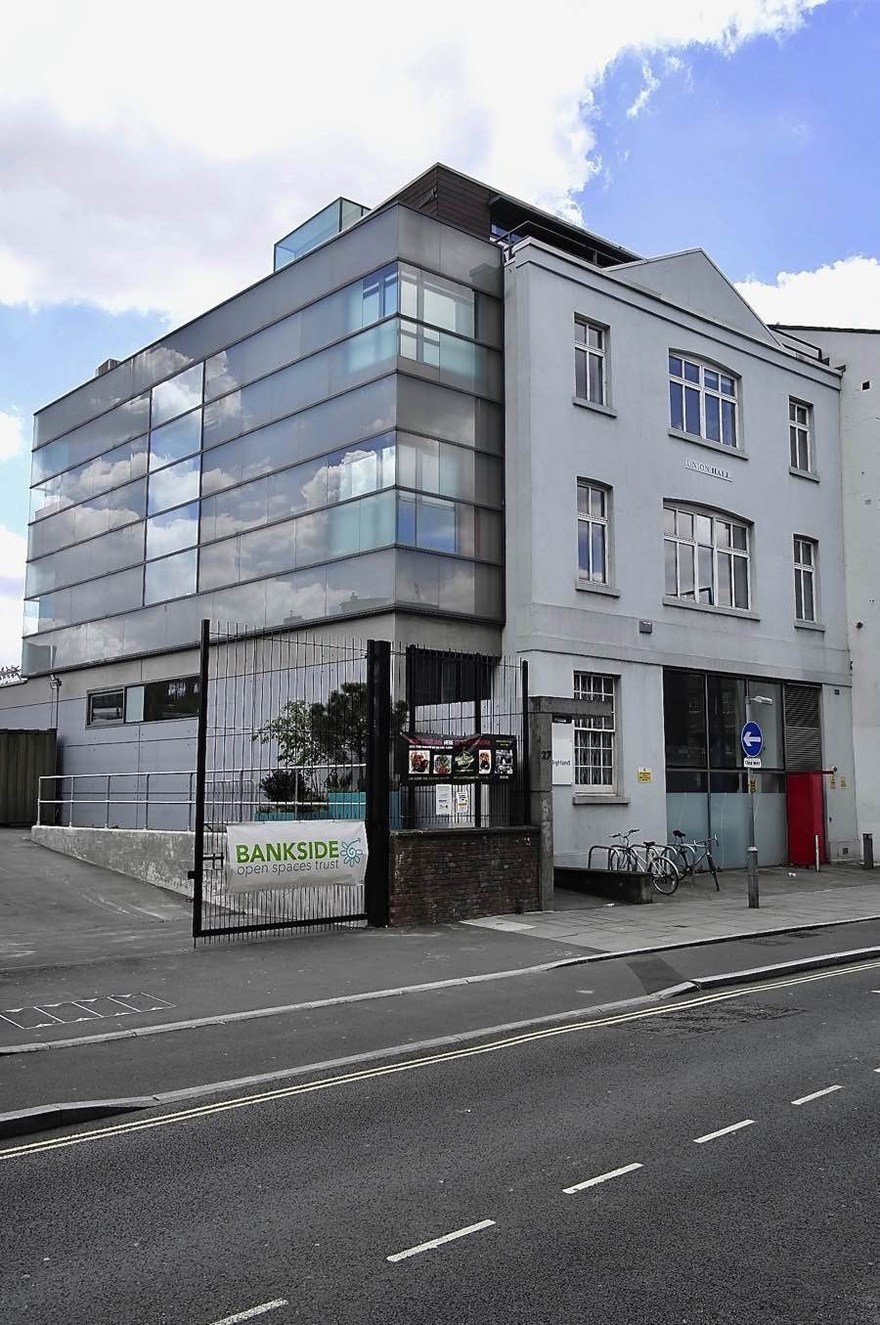 Unsurprisingly, architects dislike the requirement of incorporating an existing facade into a new building, which may have been conceived in the hope of fulfilling their own design without such compromise. Yet too often financial subservience overrides self-respect in these cases. No wonder the treatment of the facade is often perfunctory and the resentment is visible. These circumstances explain the strange discontinuities in this hybrid architecture where sometimes a gap is inserted between the facade and the building, and the architectural styles of the facade and the new building are often at odds with each other. It is disappointing when architects pay so little attention to the architectural whole and the rest of us have to live with these grotesque monsters that confront us only with what we have lost. 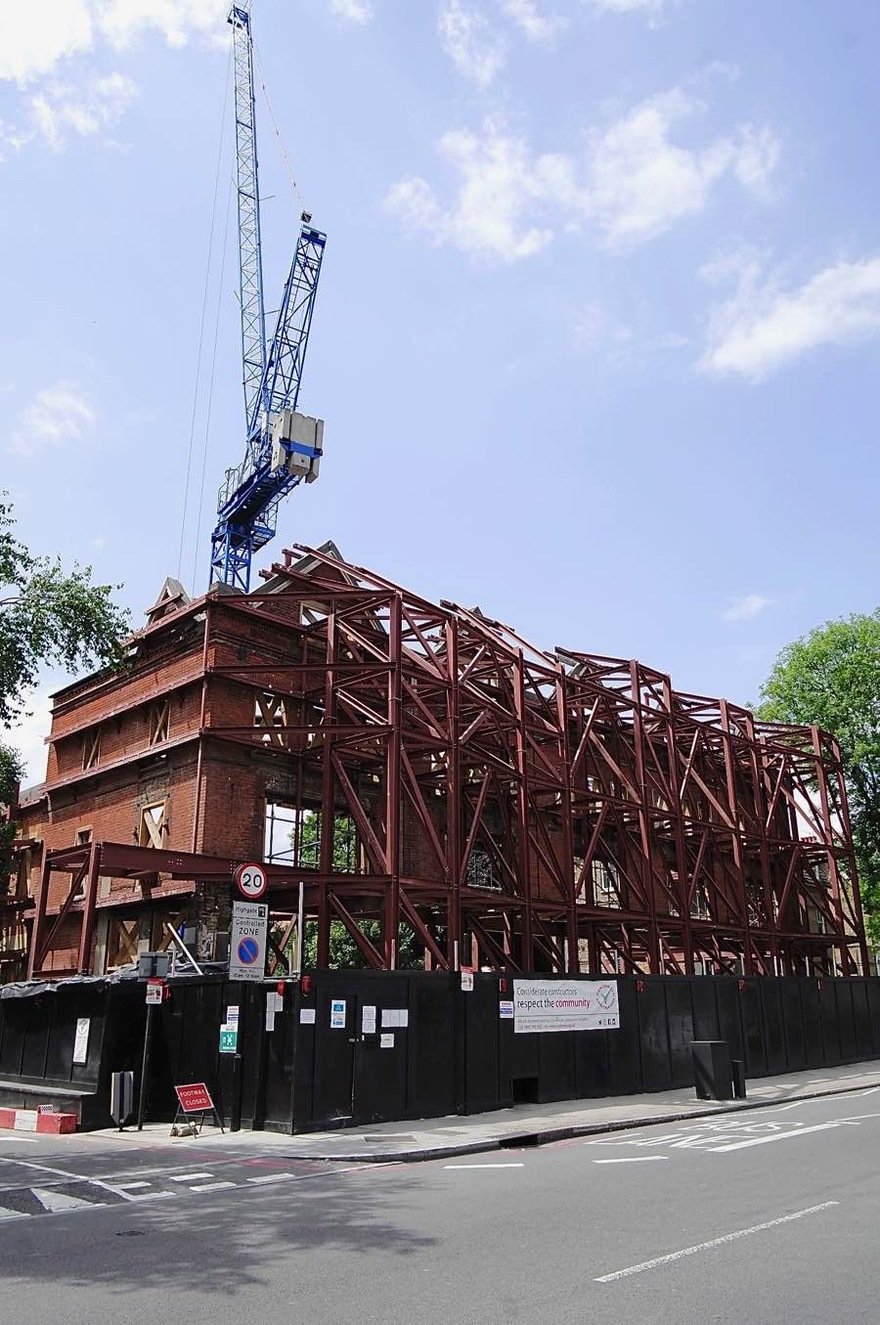 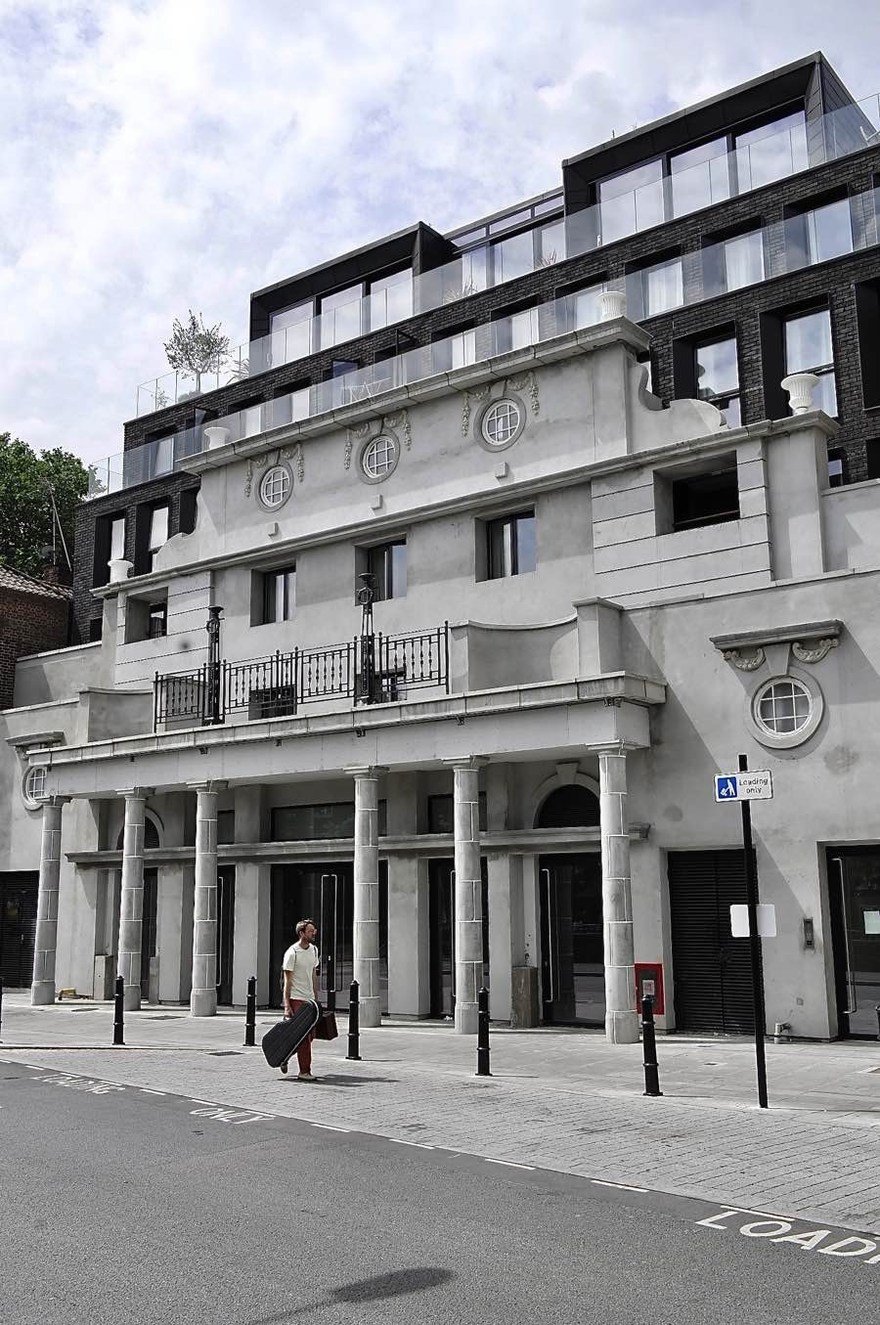 Replica of the facade of Gaumont Cinema 1914 built in 2018 in Pitfield St, Hoxton. (Image via Spitalfields Life) 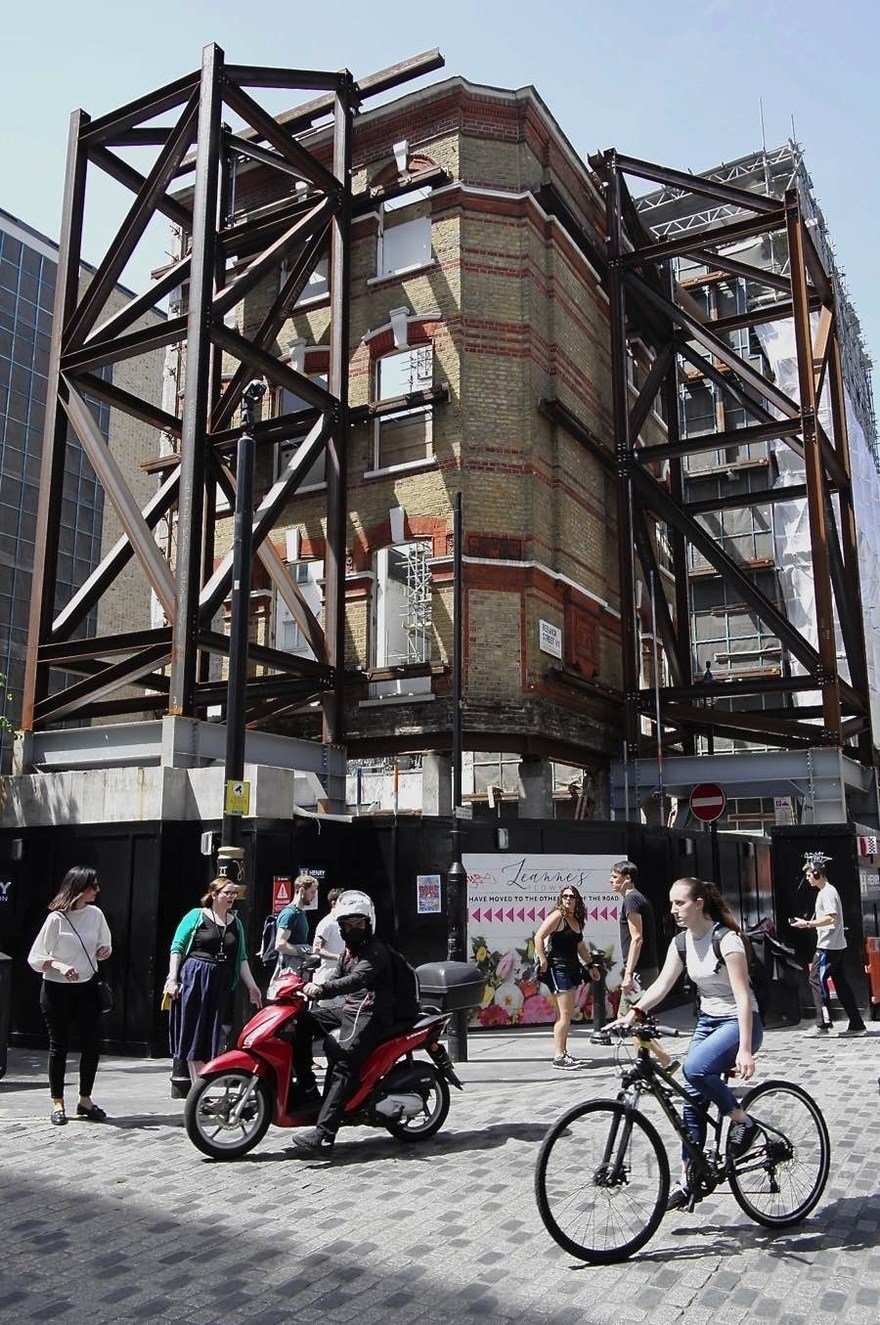 Gentle Author has amassed enough examples of this practice that s/he's released a 122-page book full of them, The Creeping Plague of Ghastly Facadism. The cover's quite cheeky, as it's got both an outer and inner cover: 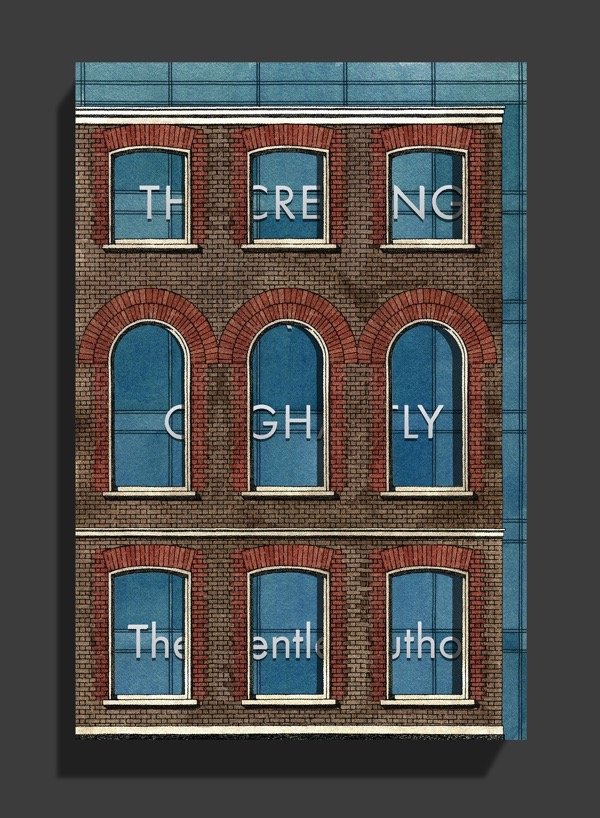 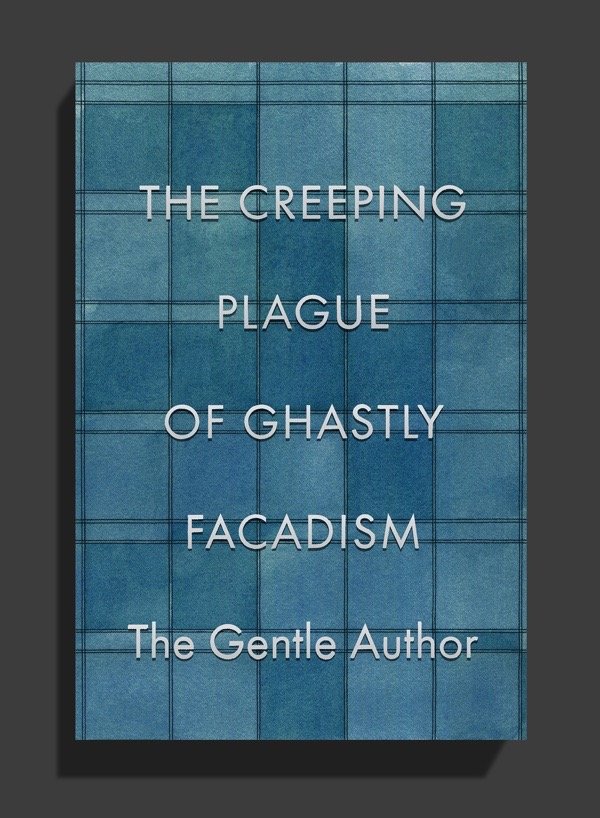 You can order the book here, and you can check out the original Spitalfields Life blog here.