Convenience is like coffee (a stimulant), once one gets a taste of it, it's hard to go on without it. Coffee lids, like plastic straws, water bottles, and plastic bags, typify obscene objects of convenience. Briefly utilized, single-use objects that end up having vast, and at this point pretty predictable, long term impact upon the planet. In New York City alone, about 1.5 billion coffee lids are used annually (4 million a day), a slice of the approx. 412,500 lbs of coffee lids that are thrown into the ocean. These large numbers are only a fraction of the actual environmental impact of coffee lids, which also includes the energy used for manufacturing, the extra material (petroleum in the case of many plastics), the shipping, and the storage. Even though many consumers are likely aware that 'disposable' coffee cups are not great for the environment, it's still a struggle to kick that convenience addiction.

Designers Tom Chan and Kaanur Papo don't want to take our convenience from us, but they do think all that waste is troubling. In an attempt to allow habitual coffee consumers around the world to have their coffeecake and eat it too, the duo has developed Unocup, a cup that aims to remove the need for the excess coffee lid, by having the cup's lid built into it's single-material design. The design has been described as, "origami-like," as it relies only on the paper cup material and 3 flaps at the top of the cup that are easily folded to form a lid and opening for sipping. If being eco-friendly isn't enough incentive for users, the cup also claims to offer "less spillage, and sturdier holding" than the lid and cups we're used to.

In my own experience at coffeeshops in New York, the 'disposable' coffee cup and lid is the default. I've yet to encounter a coffeeshop that simply does not offer the 'disposable' cup, but only uses mugs or customer's personal to-go cups. Obviously, this makes sense from a business perspective as the 'disposable' cups and lids meets the industrially-manufactured expectations of the customer: a mode of ingesting coffee that does not require sitting still, and will not be a burden (in the most mild sense) to the customer in any material way. Not to mention the fact that 'disposable' cups are also cheap to manufacture and purchase for businesses. The design of Unocup is an attempt to negotiate with our collective expectations of having coffee-on-the-go. Offering an alternative that is less materials for the consumer to use, and less materials for the business to buy. 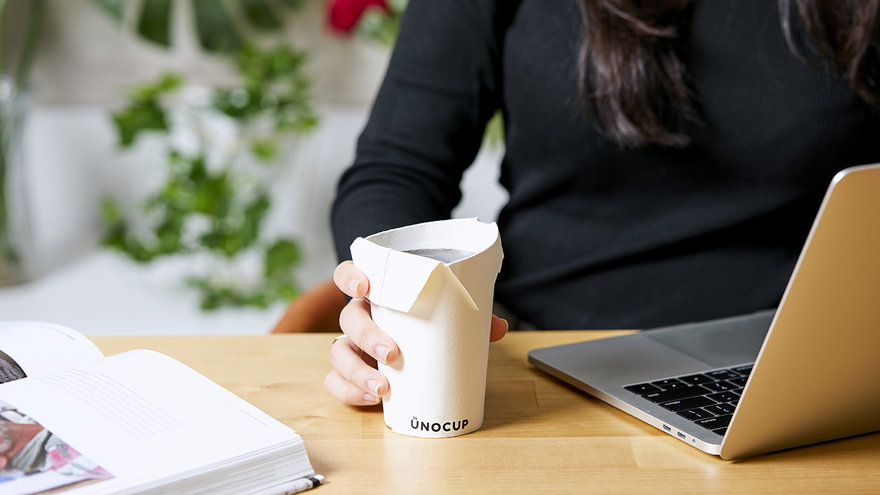 Less is good, especially since the 'disposable' coffee cups are rarely ever recycled. With the lids, it is especially terrible as they are often made of centuries-lasting plastics that can often contain harmful chemicals. Even when they are compostable, they still cause big issues if they aren't actually composted. In the US, it isn't as if there are compost bins on every corner, or recycling bins for that matter, and so the likelihood of coffee cups being composted or recycled once a customer leaves the shop drops dramatically. In that sense, all eco-friendly disposable cups are kind of a joke (at least in the US), because obviously to-go cups are explicitly designed to leave the shop.

So if we don't want to change our habits, and if we live in one of the many places where there is no good infrastructure for waste removal, how can we possibly reduce our impact on the environment? Making things simpler might be a start. For businesses switching to the Unocup, it could make sorting trash and trash removal easier. With this single material option, it cuts the amount of necessary sorting in half, making recycling or composting less complicated, which is something that is direly needed in most places. 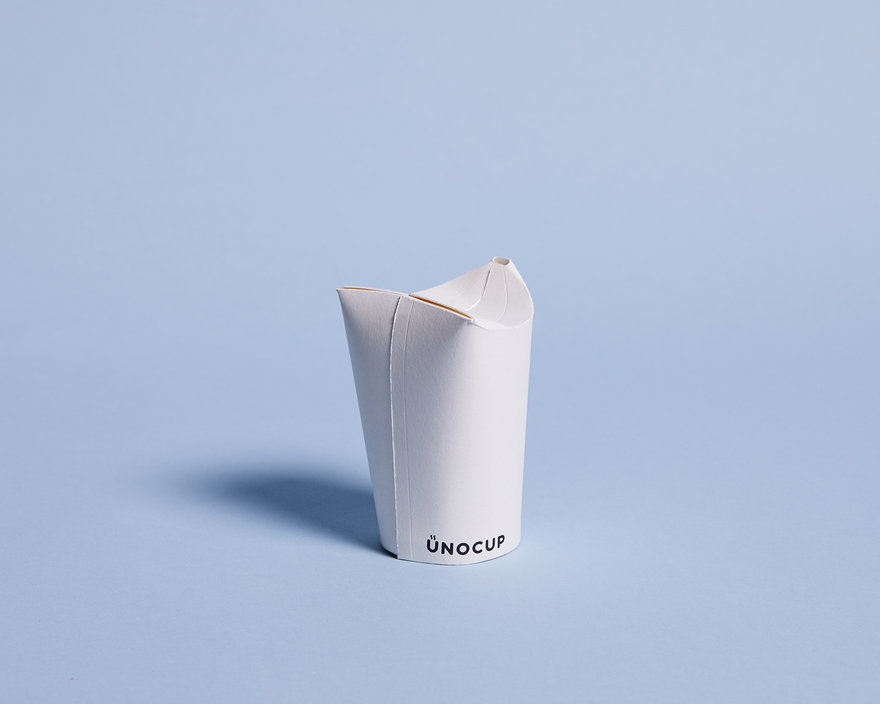 Making things easier to recycle or compost, makes us all feel better. Which is part of Unocup's goal. To reassure us that we can help the planet, while also drinking from a 'disposable' coffee cup. Typically, when I see "Saving the planet," and "streamlined for mass production," written on the same product page, I am overcome with skepticism. Yet I admit Unocup does offer a notable ecological insight. It reduces. While initial prototypes of the design were called, "Triocup," as the functionality of the cup is contingent on a 3-fold structuring concept. Its new name is much better and ultimately communicates the promise of that reduction: taking two products and making it one, requiring one waste receptacle instead of two.