As Cars Get Safer, Why are Crashes Increasing?

Car crash fatalities are down, but car crashes themselves are on the rise 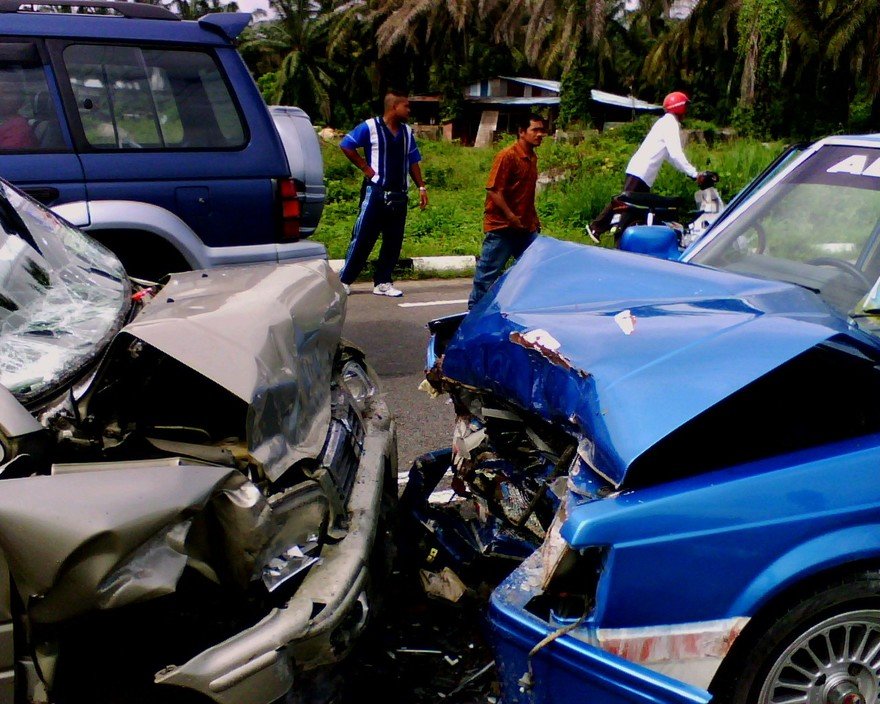 Since we Americans are a car-heavy culture, you'd think that the amount of traffic fatalities would have increased along with the population in that time. But it hasn't:

Cars have obviously gotten much safer in that time. What you'd have drove in 1970 would be called a deathtrap compared to today's cars, featuring their ABS, airbags, automatic braking, crumple zones, et cetera.

If we zoom in on the latter end of that chart above (which ends with the last year we could find available data), we can see that traffic fatalities have started to tick back upwards. However, they're not approaching the horrific figures of the 1970s, and they appear more or less stable, within a range of roughly 5,000. 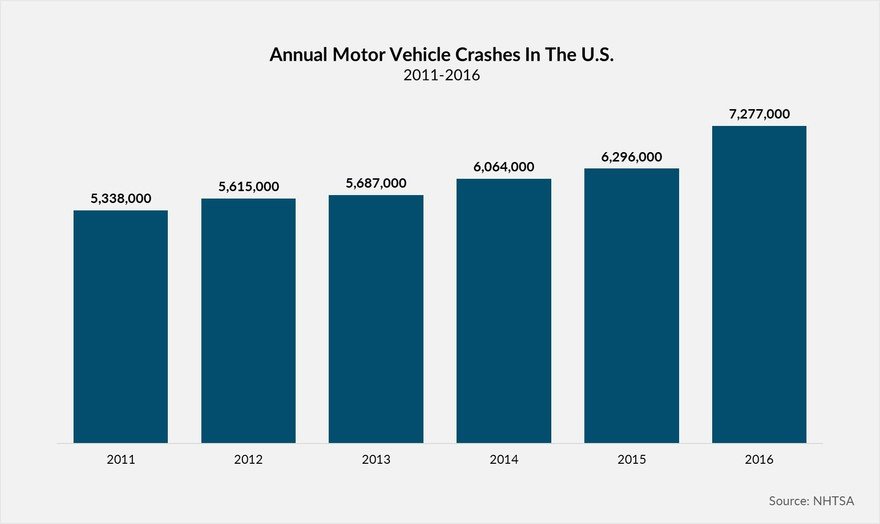 In particular I consider that jump from 2015 to 2016, of nearly a million crashes, noteworthy.

So what's the culprit? My first guess would be distracted driving, as many of us Americans can't seem to get our smartphones out of our faces. But this chart shows that the total percentage of crashes caused by distracted driving remained stable from 2012 to 2014, at 16%, and even decreased in 2015: 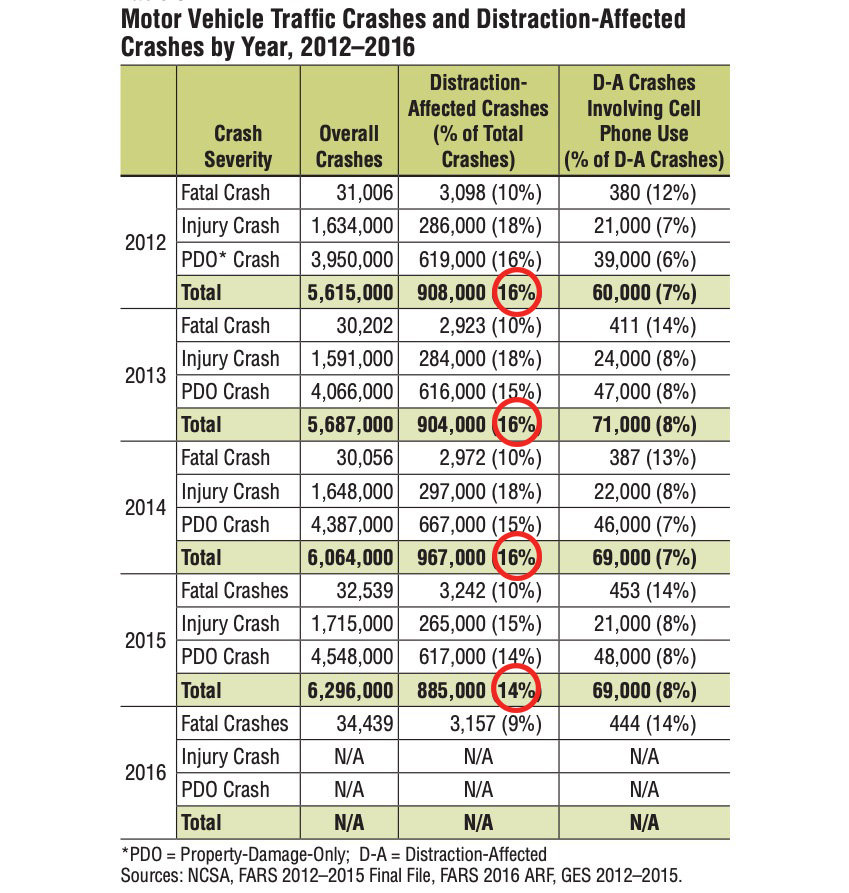 As for 2016, the NHTSA reports that "Distraction-related deaths decreased by 2.2 percent." Note that they said "deaths," not overall "crashes." I could not find stats on overall distraction-related crashes. They did, however, state that while "distracted driving and drowsy driving fatalities declined…deaths related to other reckless behaviors – including speeding, alcohol impairment, and not wearing seat belts – continued to increase. Motorcyclist and pedestrian deaths accounted for more than a third of the year-to-year increase."

- Less people than in previous decades are dying in car crashes.

- You should still be careful, as the overall amount of car crashes is increasing.

- People are still dying for stupid reasons like driving drunk or not wearing a seatbelt.

But the most disappointing stats I encountered in the NHTSA's report from that year were these:

So while we're killing ourselves and fellow motorists or passengers less with our cars, we're killing more pedestrians and cyclists--people who are traveling in lower-impact ways.

Careful out there, folks. 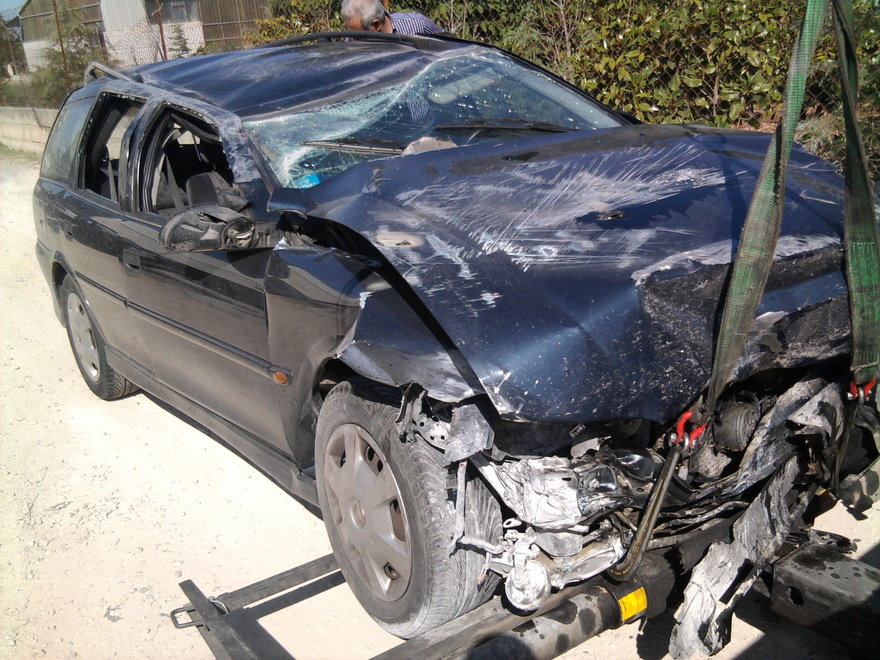 As Cars Get Safer, Why are Crashes Increasing?