The many twists and turns of the Defense Distributed case, plus a sordid sidebar 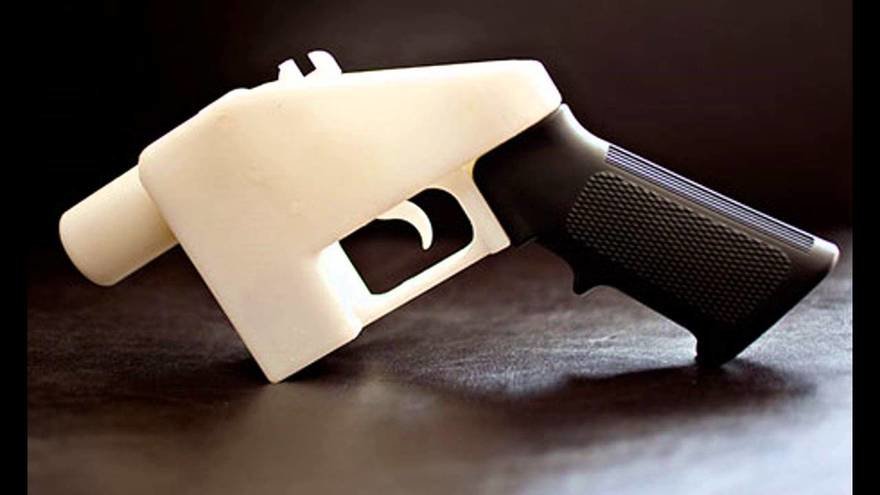 There's so much news of impeachment hearings out there, it was easy to miss this piece of State-Department-related news that has to do with digital fabrication. Specifically, 3D-printed guns. The story's a bit convoluted here, so stick with me:

- In 2013 Cody Wilson, a crypto-anarchist and staunch proponent of 3D-printed guns, posts plans for them online.

- That same year the State Department, then under the Obama administration, sends him a takedown notice. Wilson complies.

- In 2015 Wilson's company, Defense Distributed, sues the State Department, seeking to allow the plans back online.

- In January of 2018, the Supreme Court rejects Wilson's appeal.

- In June of 2018, the State Department under the Trump administration inexplicably reverses its earlier decision and settles the case; they pay $39,851 to Defense Distributed, and allow the plans to go back online.

- Eight states and the District of Columbia protest, and a federal judge grants their request for a temporary restraining order blocking the settlement. The plans remain offline.

- In August of 2018, Wilson, then 30 years of age, allegedly sexually assaults a minor in Texas; accounts indicate he hired an underaged prostitute.

- In September of 2018, upon learning that the police have been contacted, Wilson flees to Taiwan. He signs a lease on an apartment in Taipei.

- Wilson is arrested by U.S. authorities, with Taiwanese cooperation, in late September and brought back to the United States. After being charged with sexual assault, he resigns from Defense Distributed.

- In September of this year, Wilson gets a plea deal at trial and avoids jail time. He's sentenced to community service, seven years probation and $6,040 in fines and compensation.

Finally, the current news: As Reuters reported last week, "A federal judge on Tuesday struck down the Trump administration's effort to allow blueprints for making guns from 3-D printers to be posted online."

[U.S. District Judge Robert] Lasnik cited the State Department's prior view that publishing such instructions could threaten U.S. foreign policy, national security and even world peace by enabling criminals, including terrorists outside the United States, to obtain the firearms.

"Against these findings, the federal defendants offer nothing" to support the reversal, the Seattle-based judge wrote. "Because the agency action was arbitrary and capricious, it is unlawful and must be set aside."

"It is baffling that the Trump administration continued to work so hard to allow domestic abusers, felons and terrorists access to untraceable, undetectable 3D-printed guns," Washington state's attorney general, Bob Ferguson, said in a statement.

In a nutshell, it looks like freely-available-online 3D-printed gun plans are on hold. Again. For now.