What are the Most Traded Goods Between the U.S. & China?

If a trade war breaks out, what will we pay more for, and how could our jobs be impacted?

President Trump famously said "Trade wars are good, and easy to win." If a full-out trade war did break out between the U.S. and China, how would Americans fare? 1) What products would we pay more for as consumers, and 2) How might our specific job prospects suffer, i.e. what industries that you might be connected to would most be impacted?

To answer that question, it would help to know what things we most buy from China, and what things they most buy from us. Thankfully that data has been crunched by trade data organization The Observatory of Economic Complexity, and the numbers visualized by How Much, a cost information website that put together this "Most Traded Goods Between U.S. & China" chart: 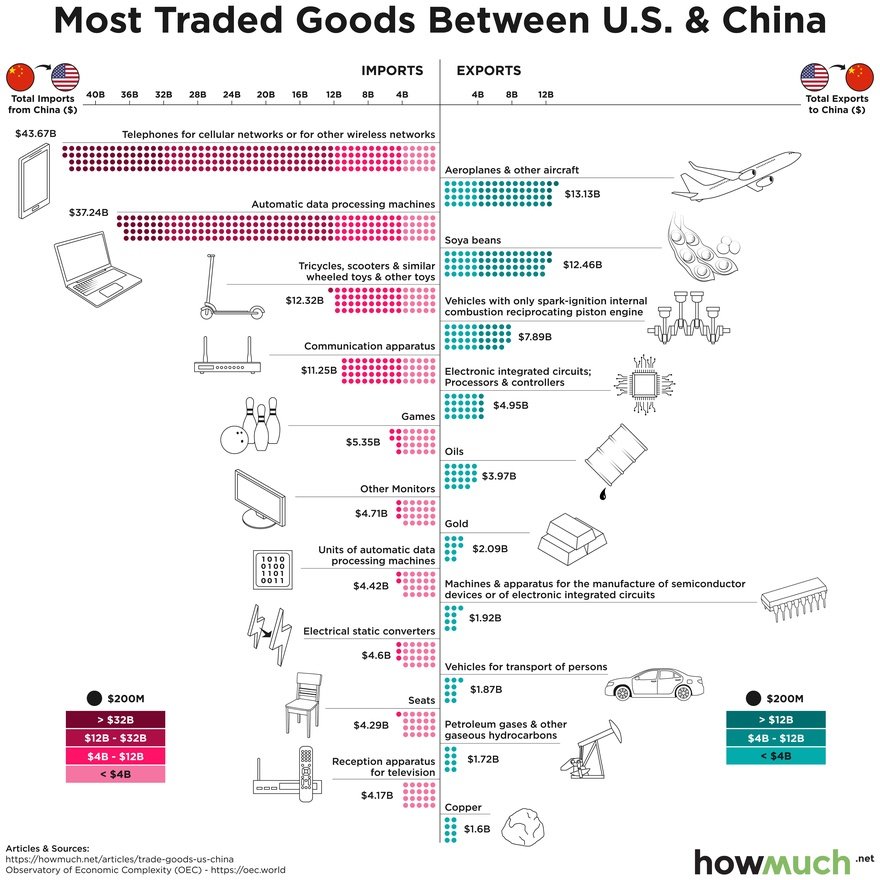 See it bigger below.

Here I'll cut the image in two, in case you're on a non-zoomable monitor and cannot read the original image:

From China it seems we're buying gadgets, toys, games, computers and…seats, i.e. chairs and sofas. If that doesn't paint a bleak picture of Americans, I don't know what does; it's like we just sit on our asses and fiddle with gadgets and diversions.

As for what China is getting from us: I knew about the cars and planes, but had no idea we were sending so many raw materials to China. I guess somebody has to give them the resources with which to beat us.

What are the Most Traded Goods Between the U.S. & China?