This summer, while on a guided nature walk along the Hudson River in Manhattan, my companions and I were shown the seeds of the Kentucky Coffeetree. The seed packaging of the Kentucky Coffeetree is an incredible demonstration of evolution and design. The seed is encased in a package so strong, that to actually breakthrough the hard outer layers, one would require the teeth of a mastodon, or a bottle of Hydrochloric Acid. I was impressed with how specifically designed the tree's seeds had been so that they would be consumed and carried by the megafauna, now long extinct. All of this is to say that trees and plants, given their time, are pretty incredible packaging designers. To the plant, a seed is precious, and it has thus commanded the attention of millions of years of evolution and variation.

The biotech start-up Seed is putting a lot of time and energy into living up to the name. For its first product "for humans" the company has produced a "symbiotic" - a combination of prebiotics and probiotics for daily consumption. While the biotech brand is working to encompass an array of health and scientific endeavors, many of which are not yet easily deciphered, it has put an exemplary effort forward in developing the packaging for their first product. The product itself is serving the microbiomes of the human anatomy that play host to an array of helpful bacteria, but the company's symbiotic promises to be more than your typical health-supplement, and the branding is working hard to show that it is true. What is clear, is that the start-up's devotion to creating an ecologically-minded packaging is inspiring, and hopefully will help shift a packaging paradigm. 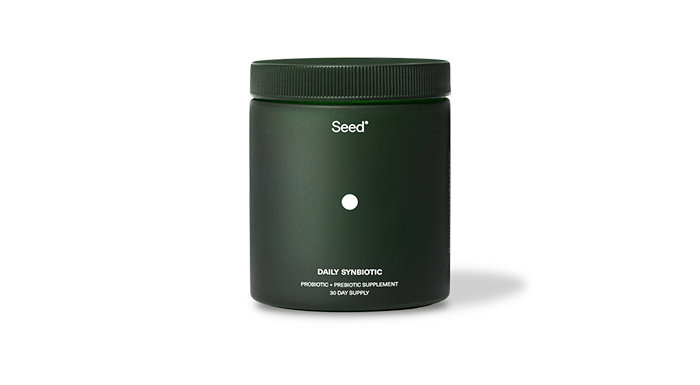 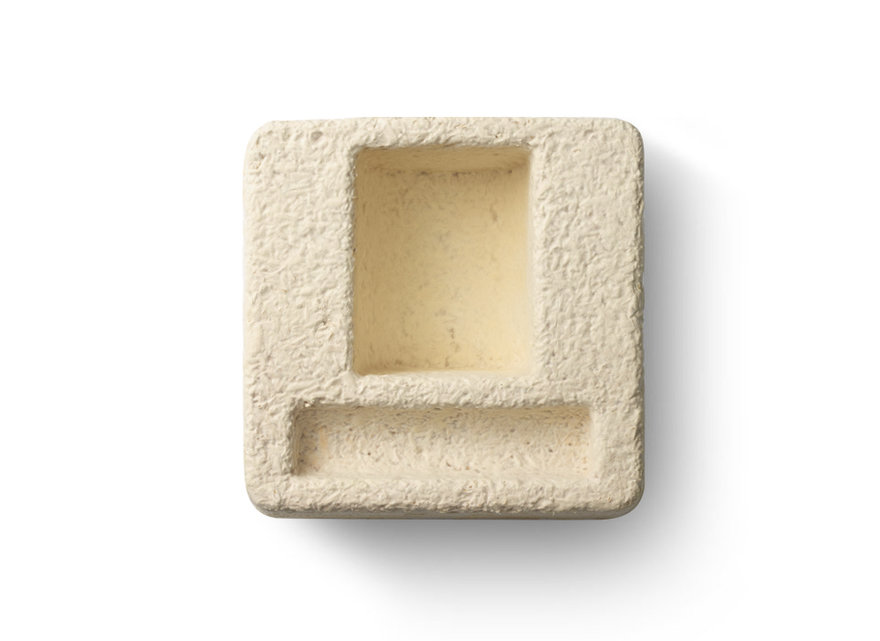 So far, Seed appears to be keen to show how it intends to do so. For the symbiotic, the company has open-sourced its packaging strategy. Upon ordering the symbiotic the customer will be sent a box made of FSC-certified paper, within which there is a glass bottle which has been insulated for shipping by a mycelium-based tray. The tray is a product of Ecovative Design's mycelium foundry. Customers also receive a monthly-refill of the symbiotic, which is delivered in a BPA-free, compostable pouch which was developed by Elevate Packaging. To insulate the monthly refills, Seed uses a cornstarch-based foam, so named, Corn Foam, from Green Cell Foam. The foam easily dissolves in water, it is compostable, it is even edible. The system itself has been thought out to reduce carbon output. For example, for international customers, the refills will come every three months, to reduce the amount of necessary shipping. "Part of that user-experience design is thinking about the sustainability of the human that we're ultimately serving on the other end. And then the Earth, that gets served on the real end of it. The end-user is not us. It's kind of our planet." says Ara Katz, co-founder and co-CEO of Seed. 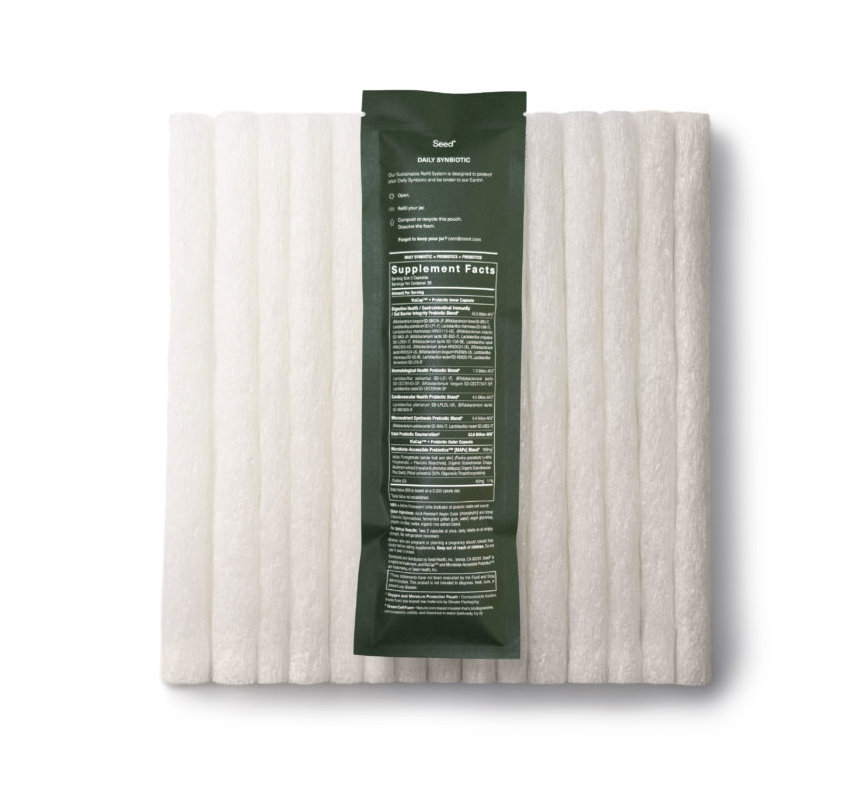 While the end-user may be the planet, the start-up has chosen to aim to improve the ecology of the human body, and is unwavering in its application of science, design, and art to do so. This can be easily assessed in a visit to its website, which is filled with striking photography, and displays modernist sensibilities that many tech start-ups have come to love. Rarely does one find a health or biotech company putting so much effort into the presentation of the brand, and commit to such a unique aesthetic. While Seed professes a desire to help educate its users in the function of the symbiotic, as well as the other projects it has embarked upon, there remains an unenviable challenge. While I was intrigued by the aesthetic, I did feel intimidated by the information and felt a bit lost when it came to understanding what Seed was actually doing with its team of designers and scientists, as well as its formidable advisory staff of PhDs and Industrialists, featuring the likes of mammoth-resurrection, geneticist George Church, and Ivy Ross, VP of Design at Google (names that might otherwise give me pause).

To Seed's credit, they've put effort into making the science of what they do more accessible to non-scientists like me. "A big part of what we want to do at Seed, is to bring us humans and science culture together" says Katz. "Design can shape the way we understand things." Through social media, their website, their packaging and their product, Seed is trying to inform their users. While it will be fascinating to see how Seed continues to work to do so, their packaging strategy is a strong indication of their commitment to sustainability and finding more ecological solutions in wellness - the seed is ready to be planted, but what it grows remains to be seen.