We can only go up from here

In New York City, you can still get killed by standing too close to the edge of a subway platform with your earbuds in. Each year a few people who aren't paying attention get pushed in front of a train by a crazy person. NYC still hasn't bothered installing the extra PEDs (Platform Edge Doors) that other cities around the world have.

These are typically full-height doors made of glass, and their dimensions and spacing correspond with the dimensions/spacing of the subway car's doors. 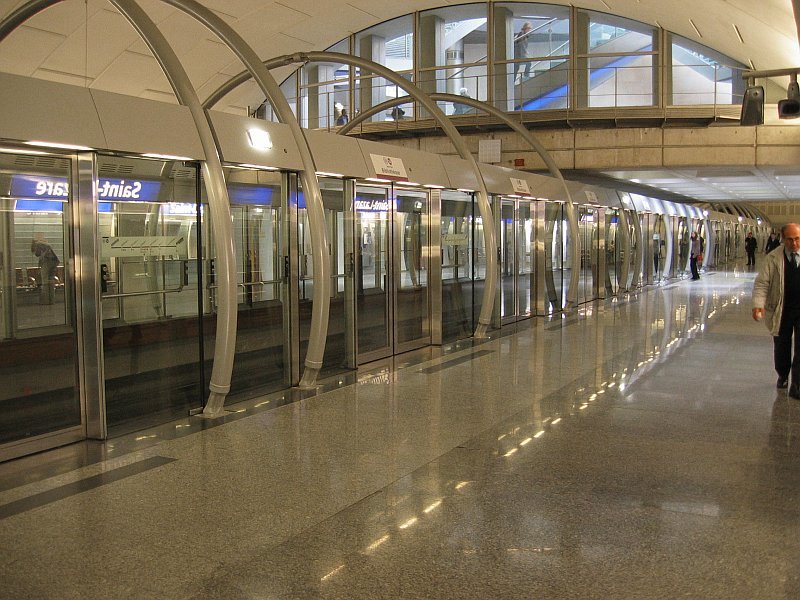 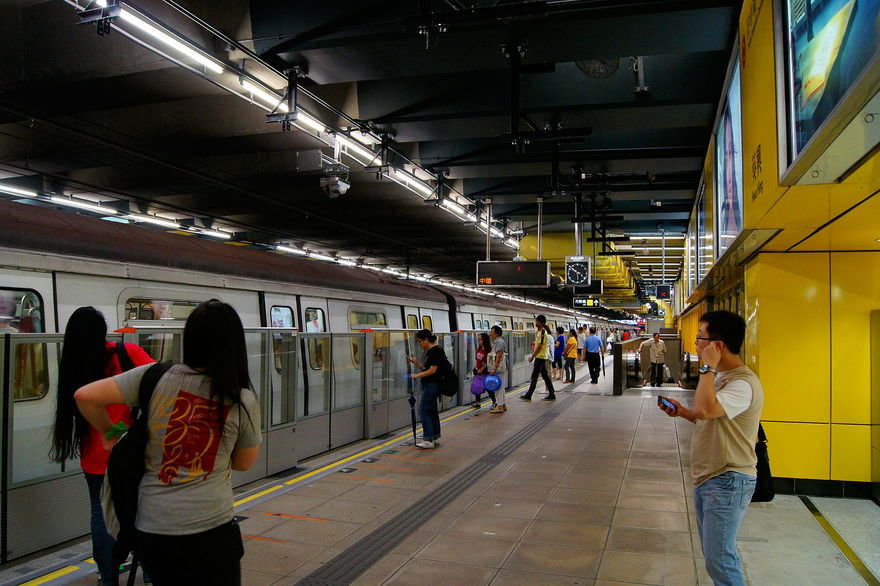 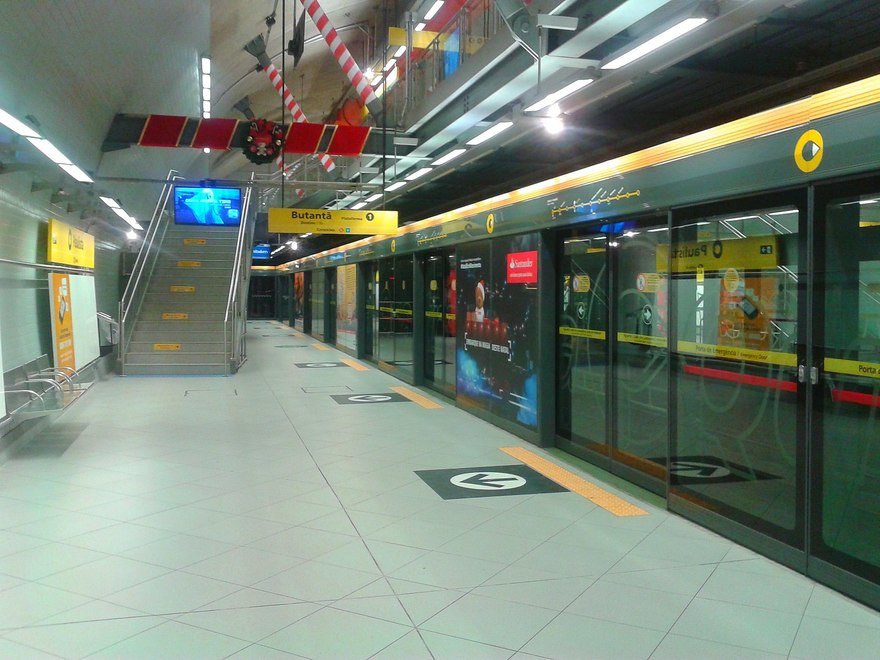 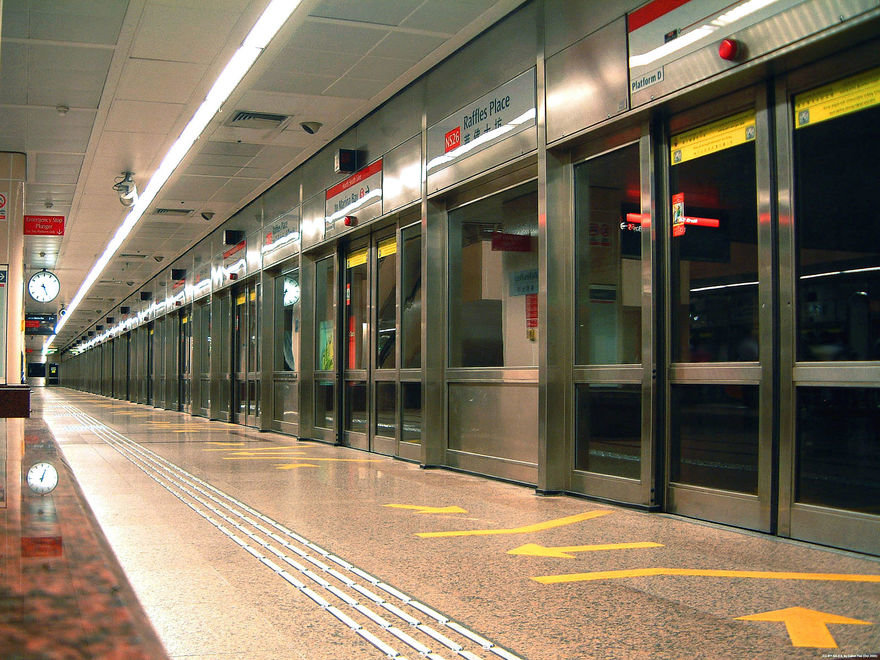 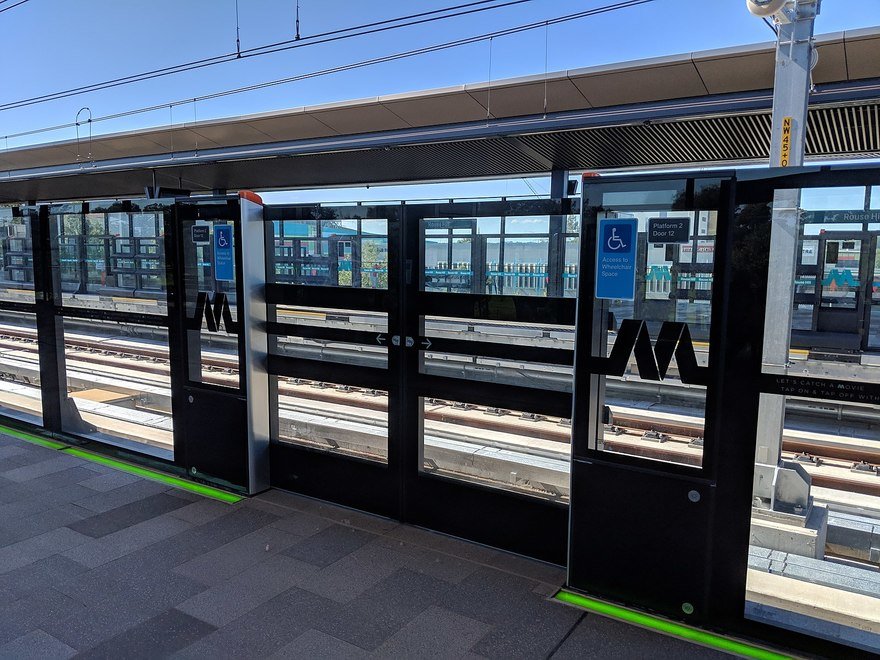 However, in at least one train station in Japan (possibly Osaka Station, in the city of the same name) there is one weird alternative to these styles of doors that I'd not seen anywhere else:

Secondly--why on Earth is it designed like this? Surely a country that loves precision engineering as much as Japan, would have barriers that precisely correspond with the train's doors?

Based on what we can see in the GIF, my only guess is that the station takes incoming trains of different designs--i.e. the door spacing is not consistent from train to train, and the absurd width of these barriers compensates for that.

If that is the case, then I suppose that with this design, it can be said that form follows function:

- Having sideways-sliding doors wider than the structures they're meant to disappear within would be impossible, unless you added another degree of complexity (and cost) with a telescoping or folding design.

- Downwards-sliding doors or outward-swinging doors would both be wildly impractical.

- Therefore the only way for the doors to go is up. And with a span that long, it makes sense that they'd be made from multiple ropes or lightweight poles (my guess is plastic).

Of course, this barrier system won't stop the macabre Japanese practice of suicide by train, but it does make that act…somewhat less convenient.

Anyways, designers, your thoughts: Is this minimum viable product, or the best that the designers could do? Can you think of a better design that you imagine would remain within the same cost range as this one?