See your state, country or region in an entirely new way

If you've ever attended a country fair, you'll see that a popular but kitschy gift is a cutting board in the shape of your state. And while they're technically 3D objects, cutting boards are flat, so they're actually just 2D representations.

Pittsburgh-based Noah Lorang, an ex-data-analyst with a degree in Mechanical and Biomedical Engineering, has upped the cartography game. Lorang produces and sells incredibly detailed topographic representations of American states. You can't slice salami on them, but they sure do give you a more accurate sense of what your state looks like. For example, here's an outline of California: 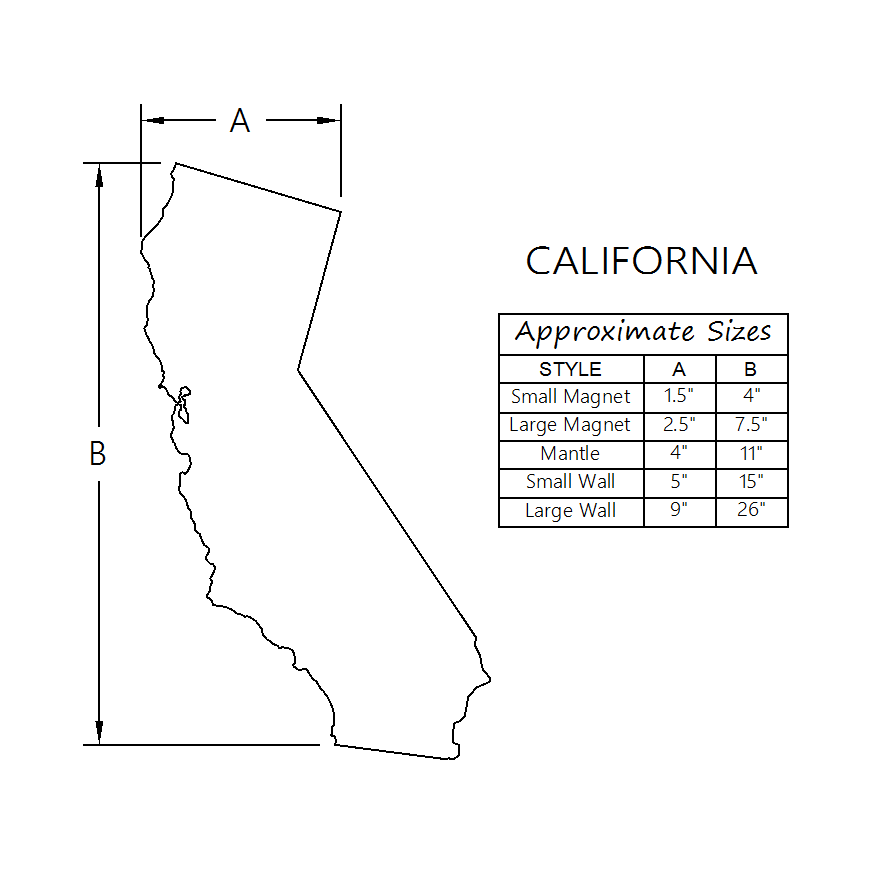 Here's California with its topography faithfully represented by Lorang: 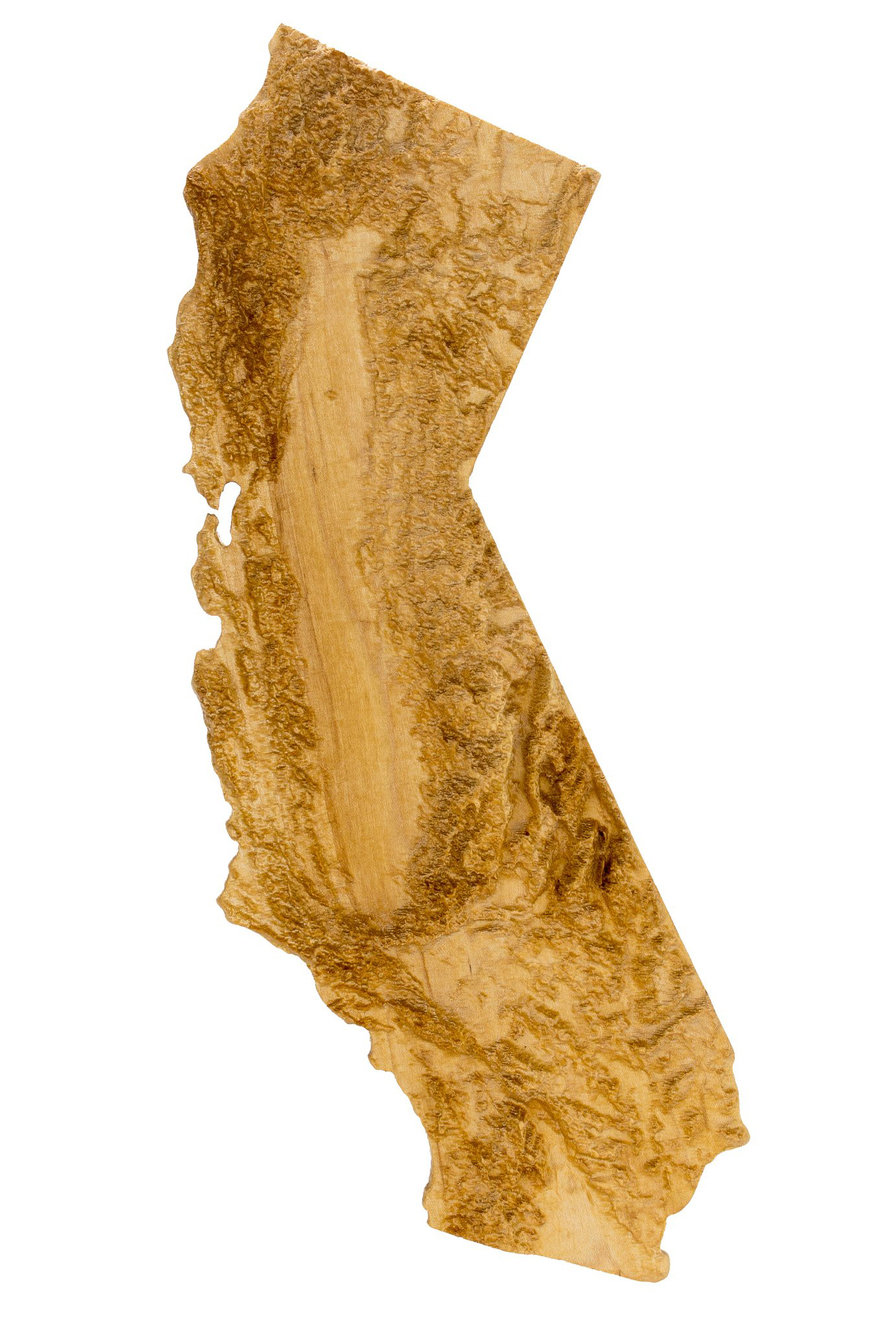 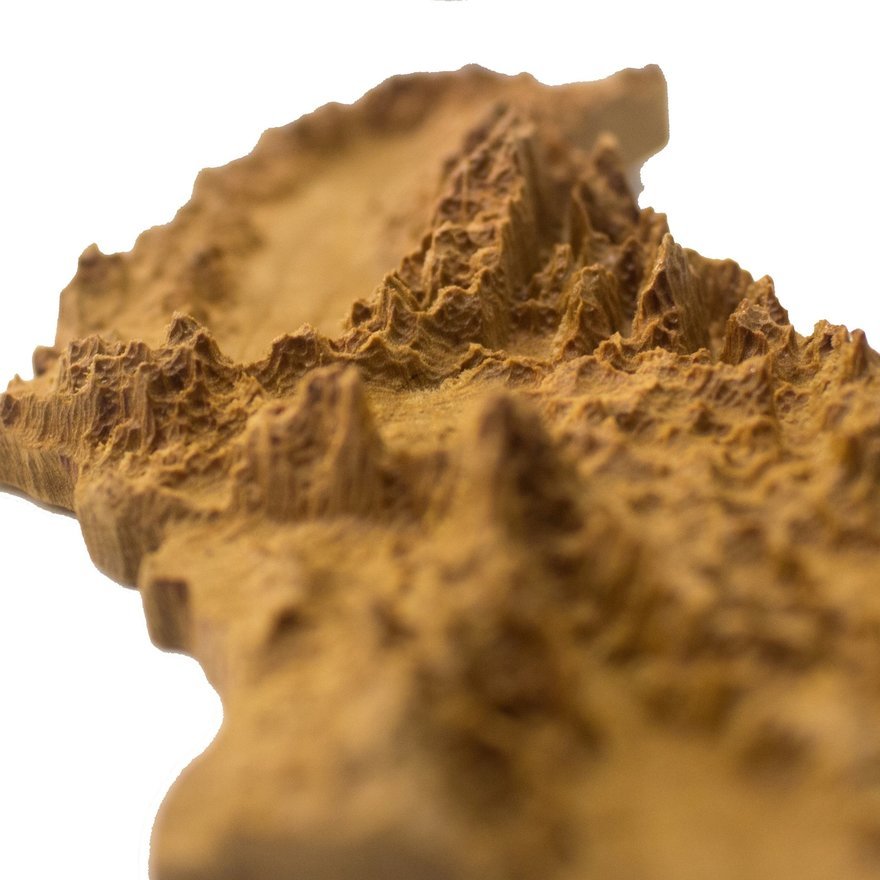 It's interesting to see how California's 400-mile-long Central Valley dominates the state.

Similarly, New York state is so closely associated with its namesake city, that it's easy to forget that most of it is mountainous: 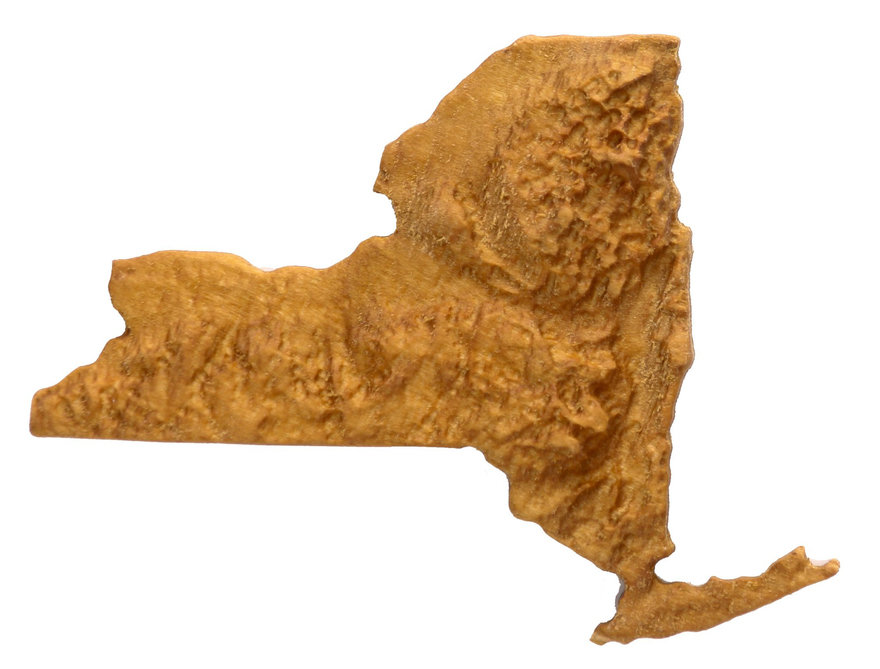 Lorang's Elevated Woodworking business sells his maps in sizes ranging from refrigerator magnet to large wall hanging. In addition to the individual U.S. states, he also produces the full continental U.S., 50-state maps and every country on Earth. And if you'd like to play cartographer yourself, Lorang's got a tool on his website that lets you choose any area from a world map and zoom in or out on it to design a custom map that he can build. 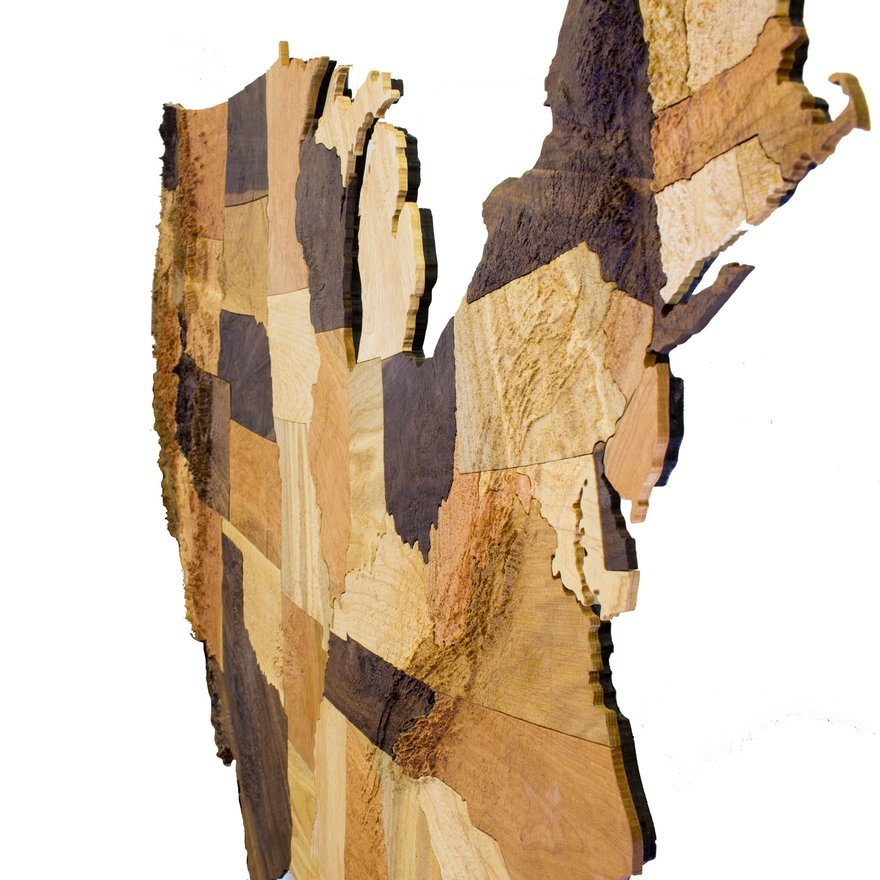 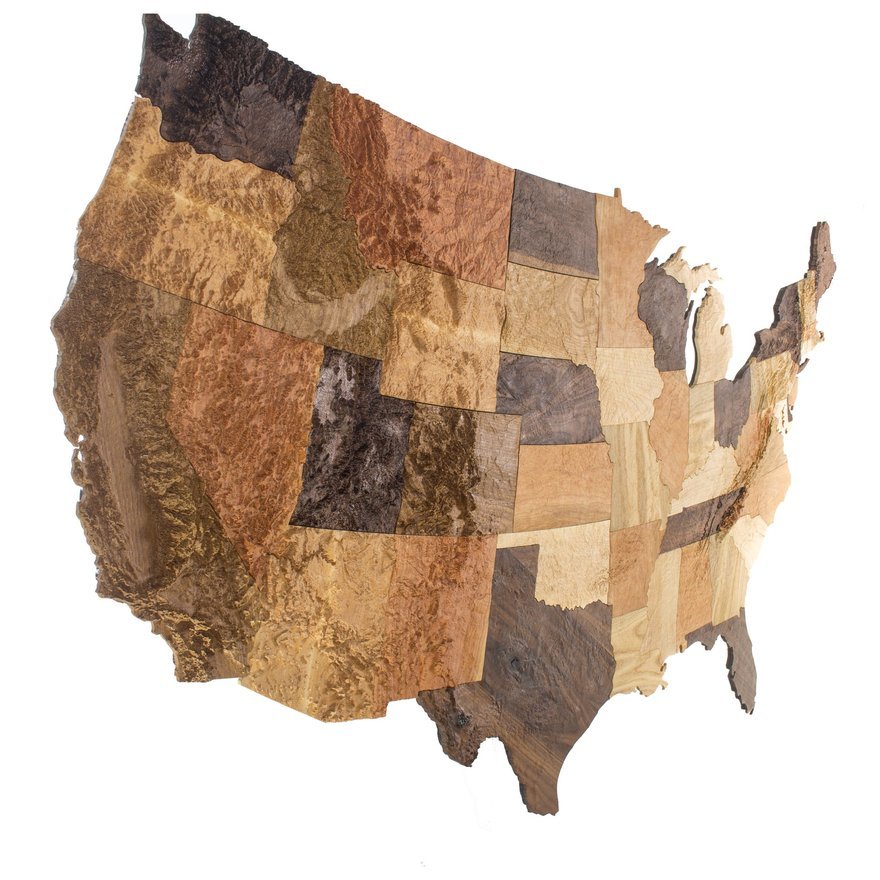 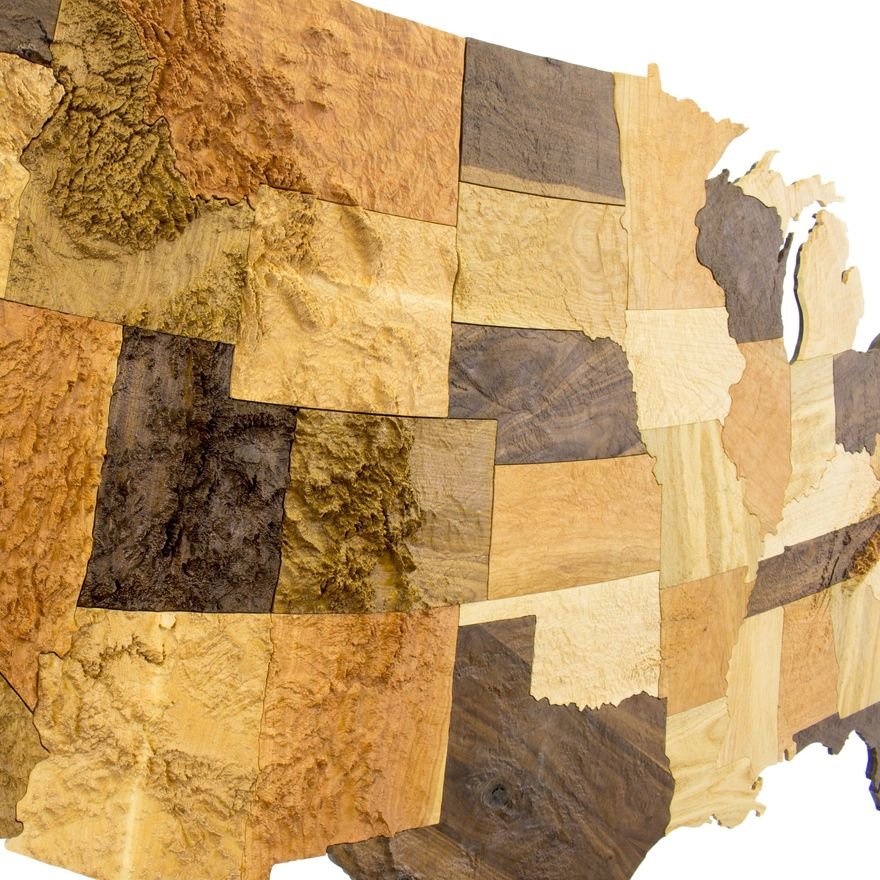 If you get your order in by the 13th of this month, it'll arrive by the 25th.

You can see some of Lorang's production process on his Instagram.