A Travel Hoodie With a Built-In, Self-Inflatable Neck Pillow

The Pillowdy is an alternate design to the Aros Sleep Hoodie

Back when I was taking long-haul flights more frequently, I always felt bad for those clowns you'd see at the gate clutching their bulky foam horseshoe neck pillows. Because I had an inflatable one I'd purchased in Japan, and that thing was not only a lifesaver, but took up next to no space in transit.

I was interested to see that a company called Aros produced something called the Sleep Hoodie a few years ago. As you've probably guessed, they added a self-inflatable series of membranes to line the inside of the hood: 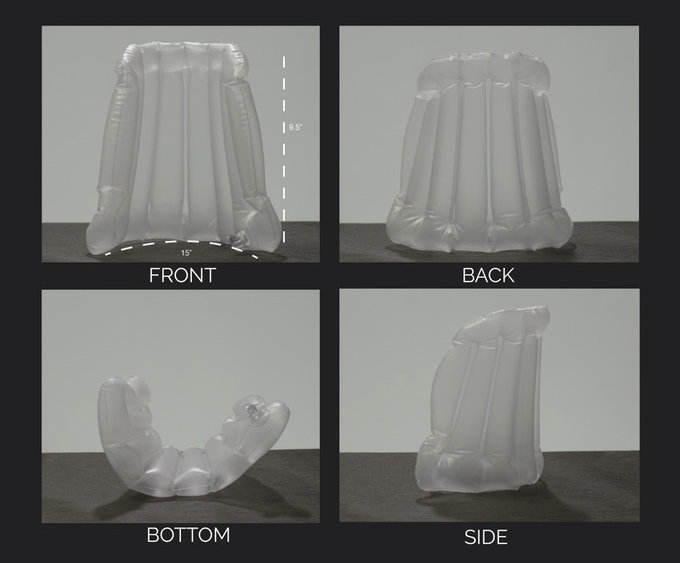 However, this design still lets your head loll around:

I find that leads to me waking up with neck pain, so Aros' product wouldn't be right for me. However, I now see there's a competing design up on Kickstarter, called the Pillowdy:

This design looks better to me. Once you get used to sleeping in an airplane seat with a horseshoe-style pillow, nothing else will do.

The Pillowdy has been successfully Kickstarted, and there's still three days left to pledge if this is your thing.

I still think the inflatable neck pillow is the best choice, as it's not tied to a particular clothing item. I looked on Amazon to find an example like the one I have, but don't see anything that's quite the same (I think mine was Japan-market only). But having used it for years, I'd say go for one with a cloth cover that's removable, washable and breathable. Best 2,000 Yen (20 bucks) I ever spent.