After watching the behind-the-scenes for the David-Leitch-directed "Snowbrawl" action short, I scrubbed through it to get a better look at that camera rig. The iPhone 11 Pro Leitch is using is ensconced within this sort of cage: 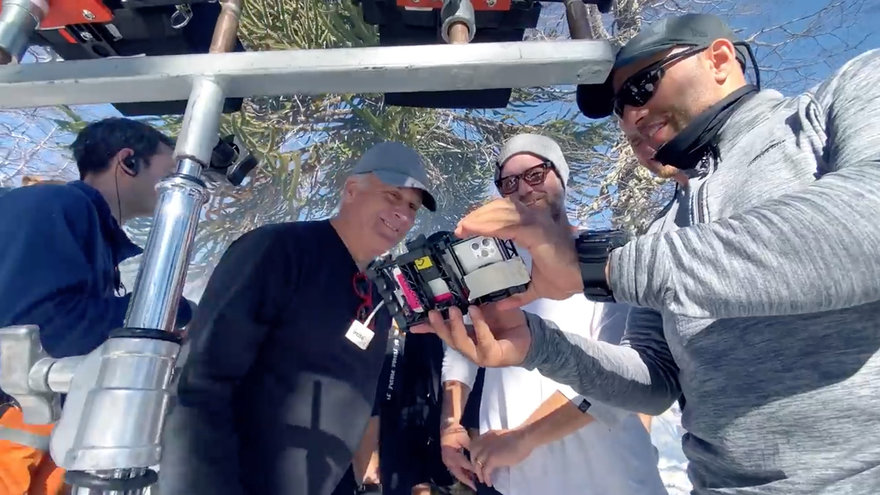 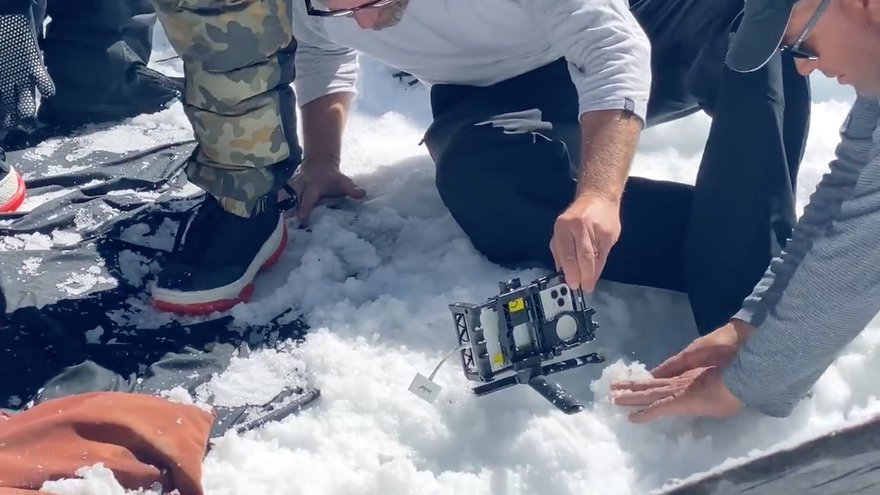 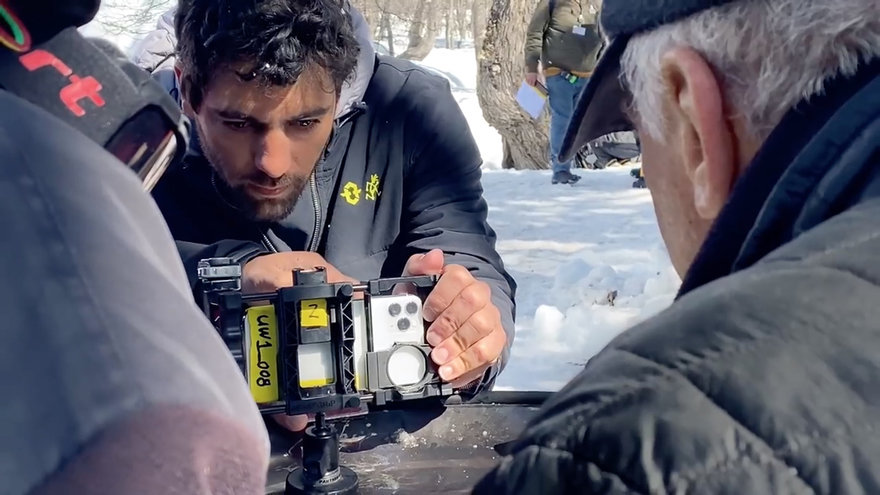 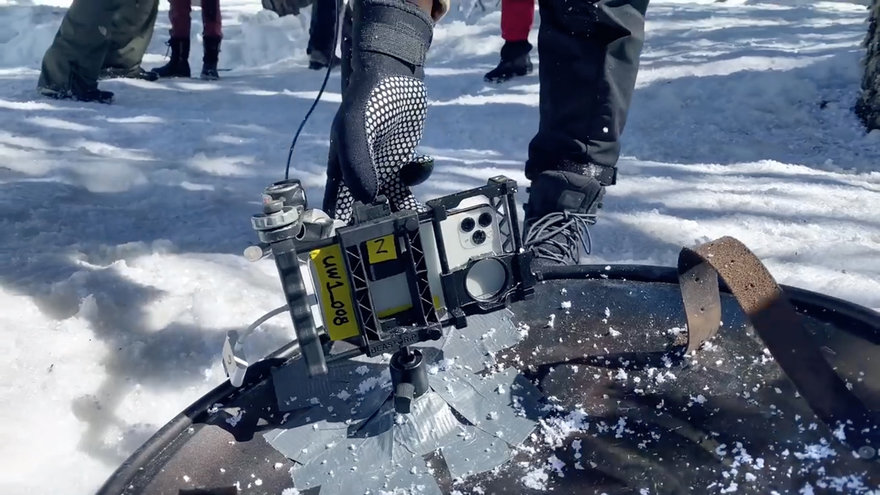 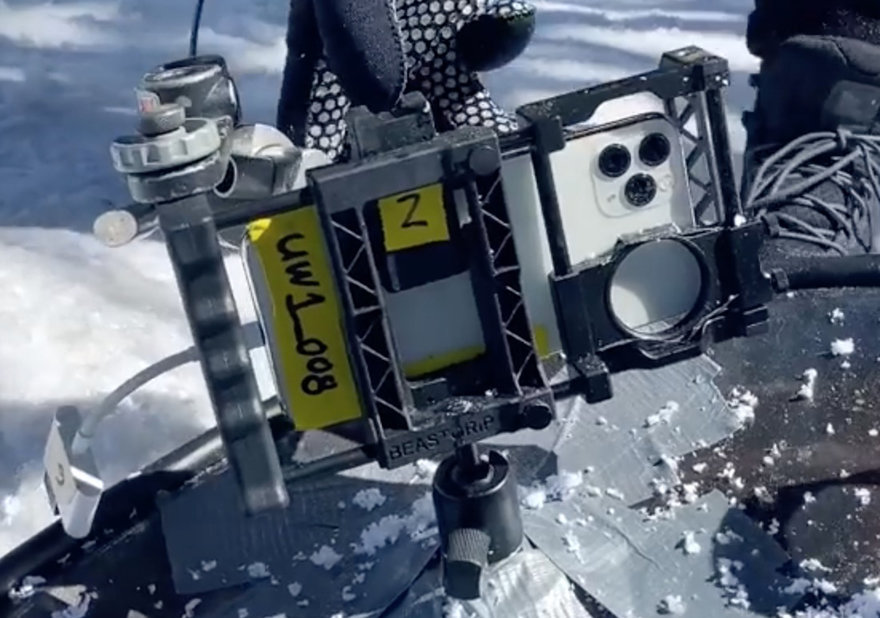 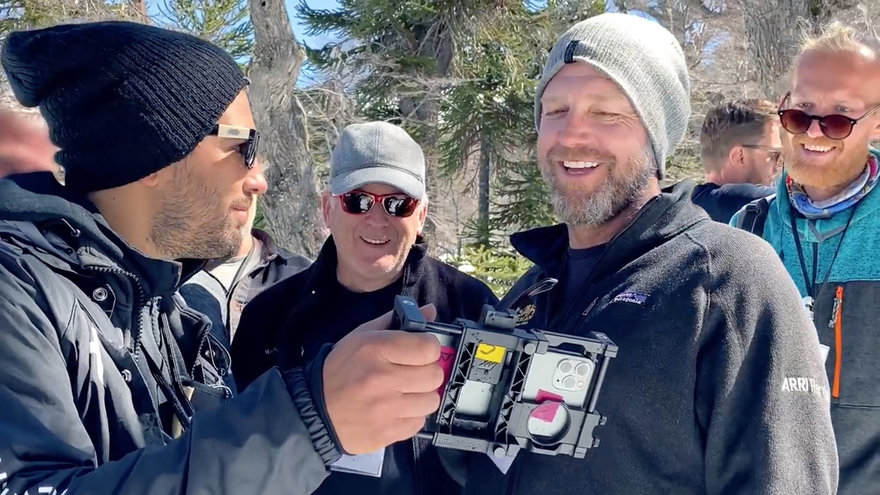 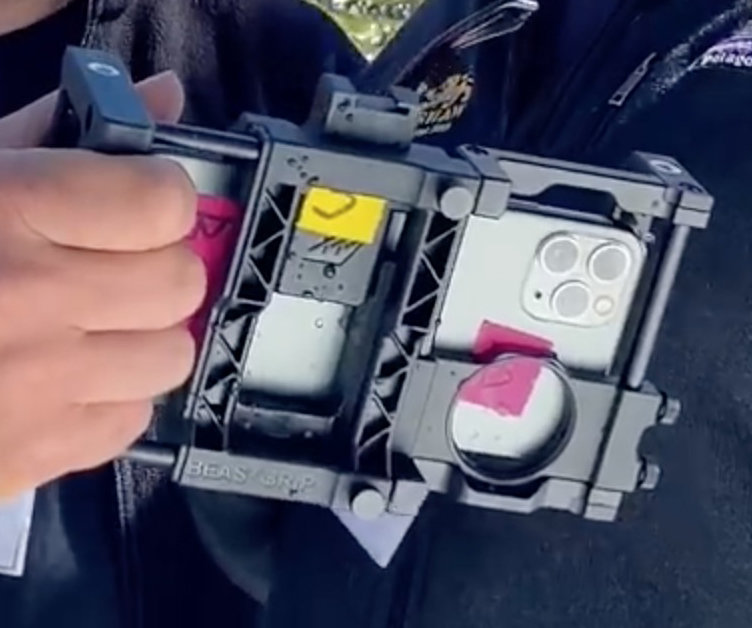 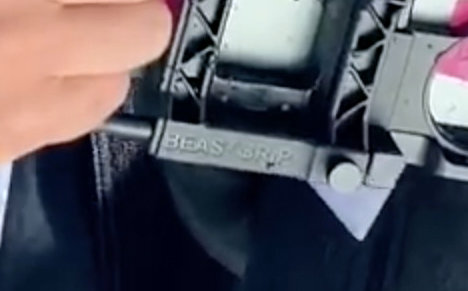 Thank you, freeze-frame. I looked it up and learned that the BeastGrip Pro, as it's called, is the direct result of a Kickstarter campaign. In 2013 Chicago-based inventor Vadym Chalenko, armed with a 3D printer, pumped out the original BeastGrip: 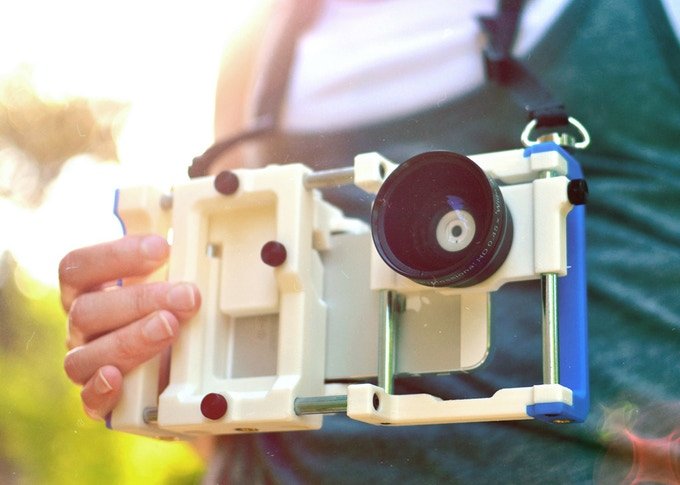 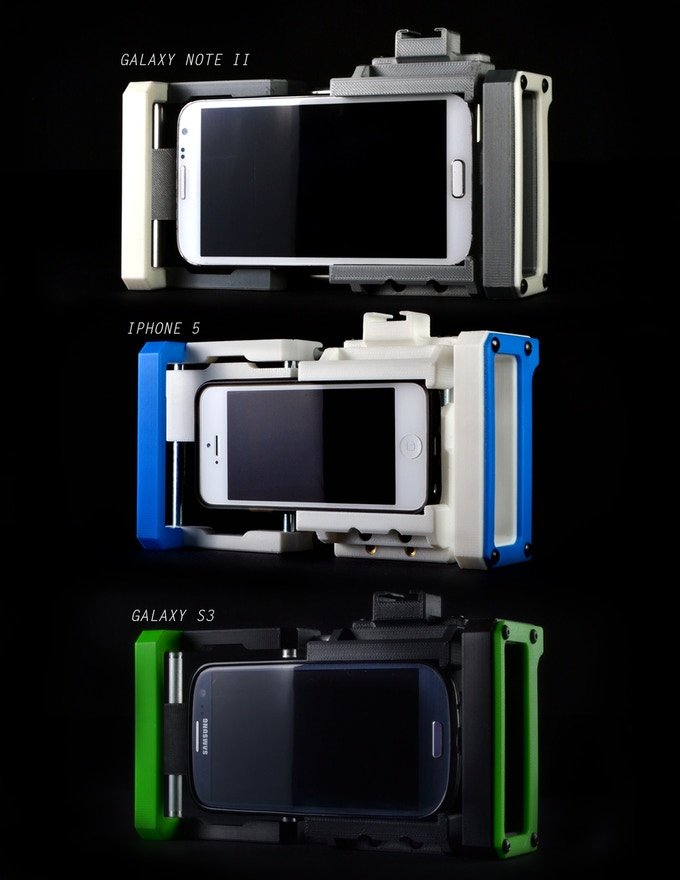 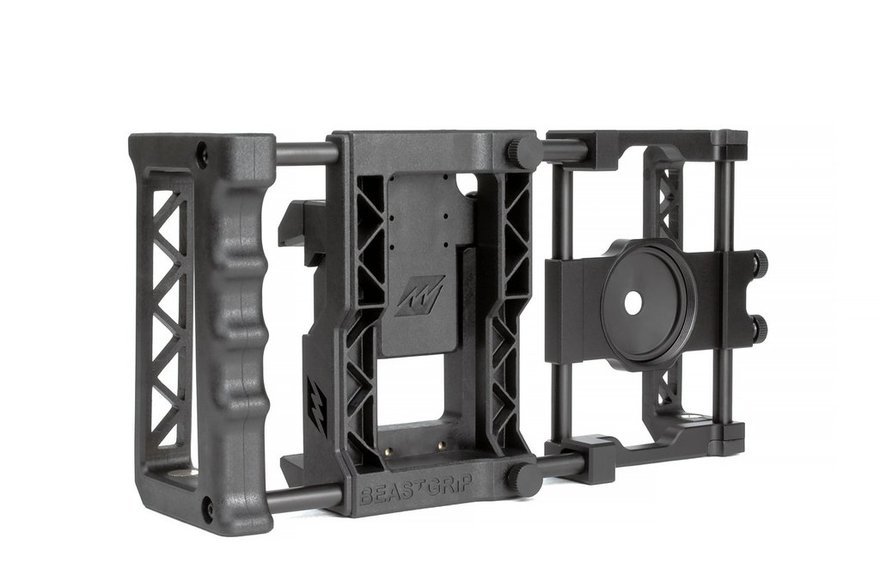 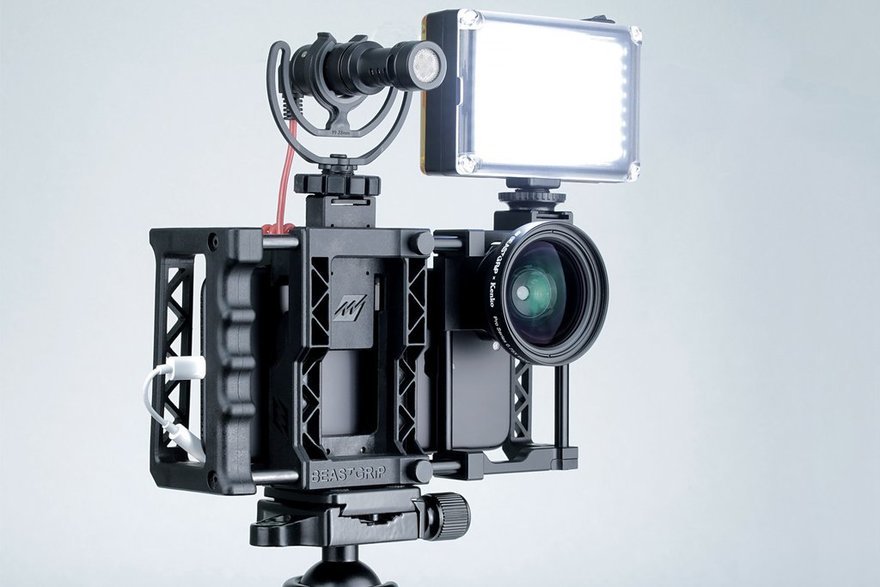 In 2017 Chalenko turned to Kickstarter again, designing this depth-of-field adapter with an anamorphic lens: 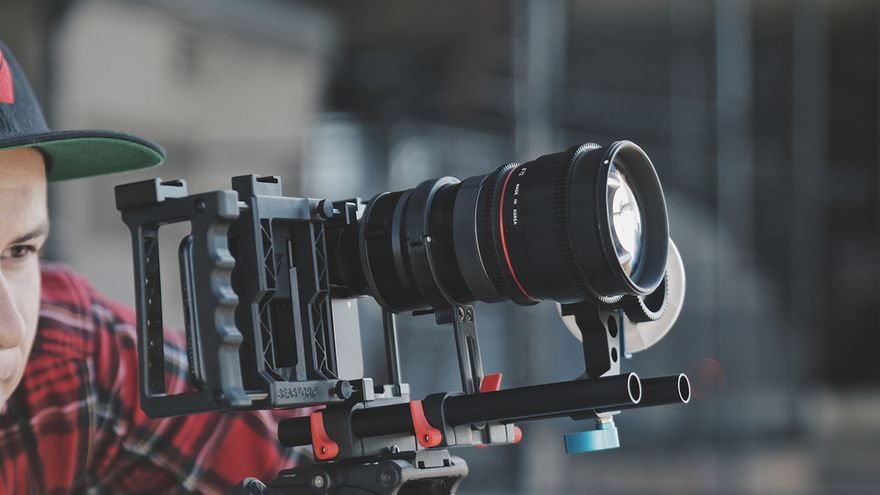 Today BeastGrip the company is thriving, and still based in Illinois. The BeastGrip Pro used in the Apple commercial starts at $112, and you can check out their expanded product lineup here.