With a shifting climate, it's going to become increasingly important for architecture to evolve to have a more symbiotic relationship with nature (some have started referring to this as the forthcoming Symbiocene era). Designer, researcher, and recent Design Academy Eindhoven grad Shaakira Jassat has been exploring how urban design can create opportunities to harvest water sustainably. As part of her graduate project exhibited earlier this year, Jassat developed a rain-catching panel designed to integrate with architecture in dense urban populations. 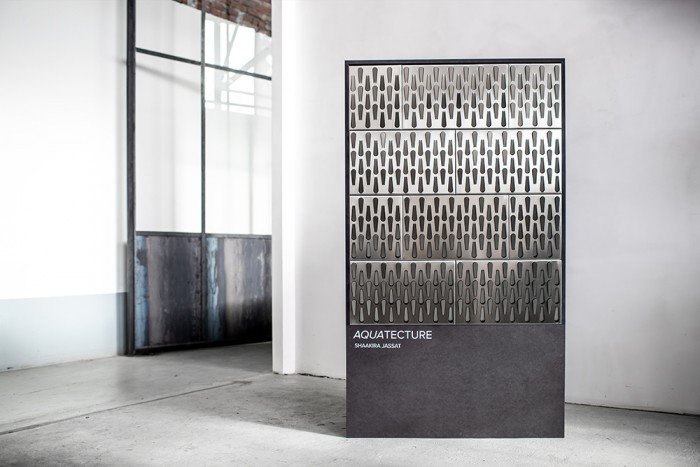 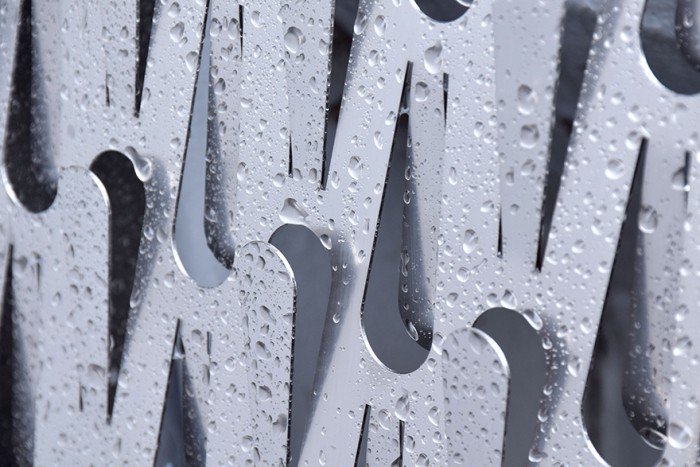 Made of stainless steel in order to resist rust, the panels that make up Jassat's Aquatecture project feature a pattern of funnel-shaped perforations that catch rainwater and condensation and divert it to a building's grey-water system. Jassat tested various forms and designs before she settled on this one for its efficiency. The next step for the young designer, who recently founded Studio Sway, will be to test the design on a building facade.

The project is driven by aesthetics as much as functionality. "Aquatecture makes water conservation both visible and engaging," she says.