Taking turns driving, two men have broken the speed record for driving from NYC to LA, the so-called Cannonball Run. As Road & Track reports, Arne Toman and Doug Tabbutt made the 2,825-mile trip in a blistering 27 hours, 25 minutes. (Previous record: 28 hours and 50 minutes, set by Ed Bolian and Dave Black in 2013.) Their average speed was 103 MPH. Their top speed was 193 MPH. And yes, all of it was highly illegal. 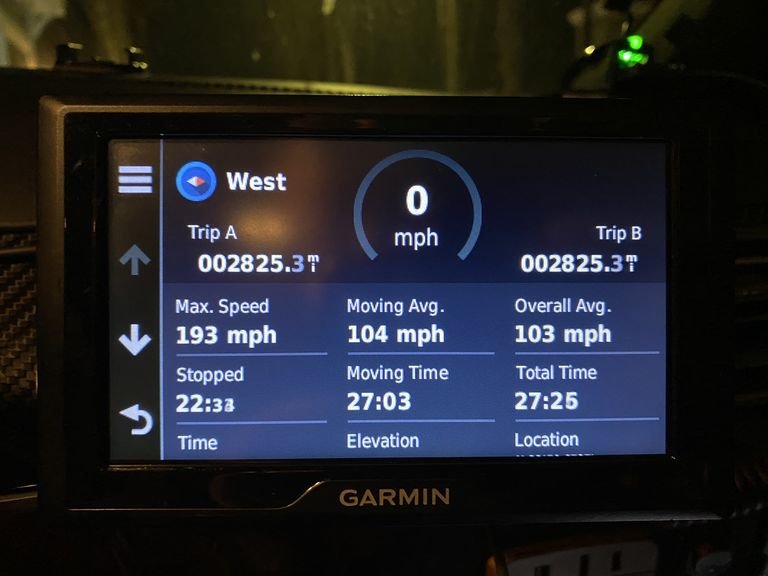 I had some questions, all of which were answered by the R&T article and a video I came across, which I'll embed below. My first was:

What the heck kind of car did they drive? What kind of vehicle has LeMans-like endurance at that speed, and is unflashy enough not to draw police attention?

The answer: Toman's silver 2015 Mercedes E63 AMG with upgraded turbos and intercoolers. To help disguise it, he removed the emblems; painted the red brake calipers grey; and most cleverly, used dowdy silver vinyl to cover the carbon-fiber trim and disguise the shape of the taillights, making the car's rear end resemble an older Honda Accord. He also added kill switches to the brake lights and taillights. 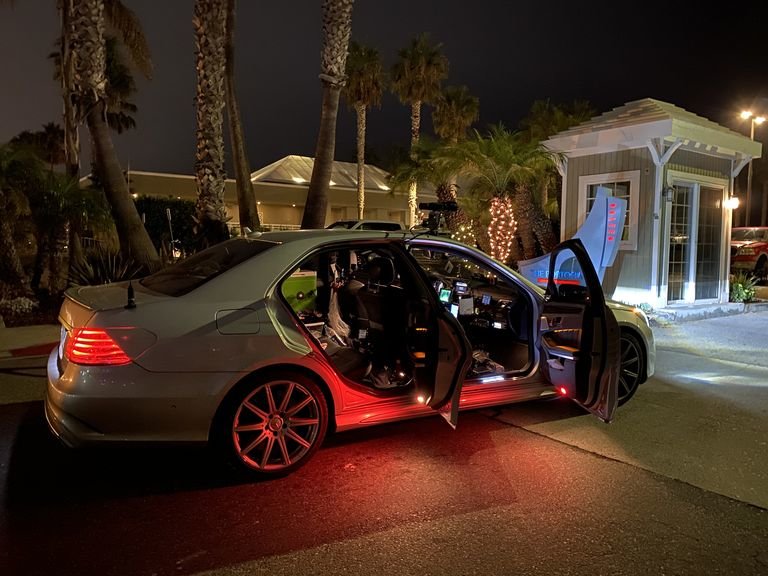 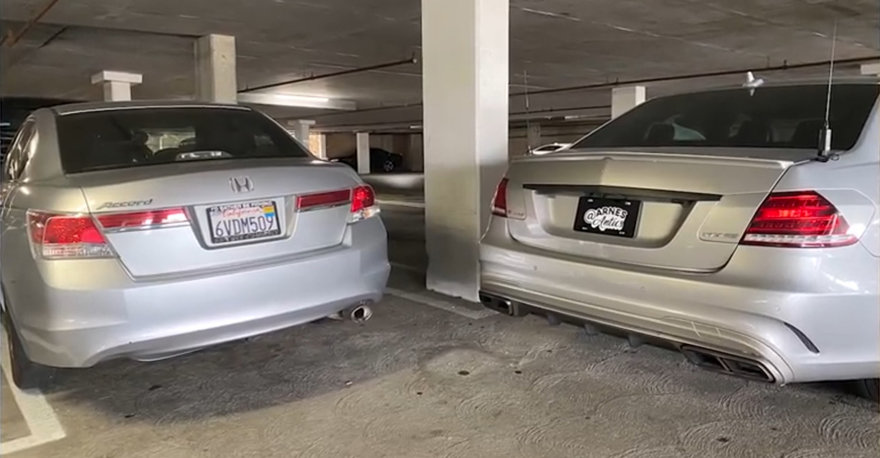 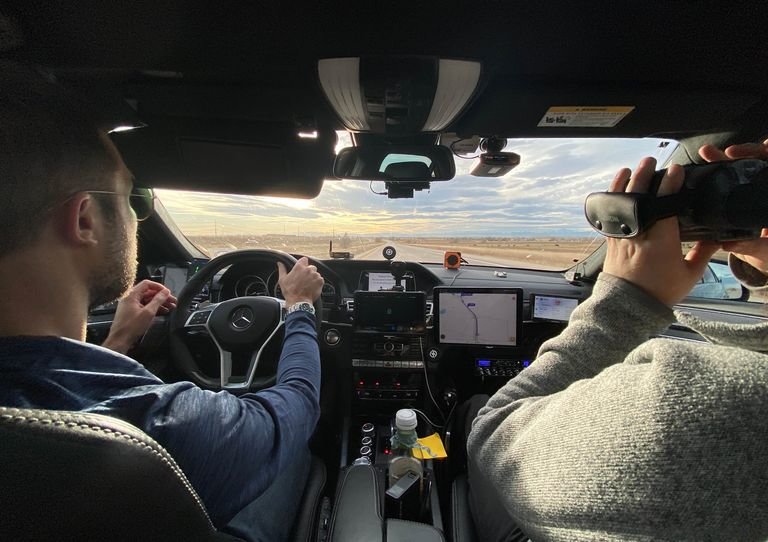 At speeds of up to 193 hours in the middle of hunting season, how did they not hit a deer?

In the video, the team reports that during the drive they saw "probably 50 deer, dead on the highway." One reason why it wasn't 51: In the back seat of the car was a third person, spotter Berkeley Chadwick, operating a roof-mounted thermal scope on a gimbal. This was "great for seeing deer" at night; during the day they removed the scope because it was too conspicuous. (You can see it in the photo below.) 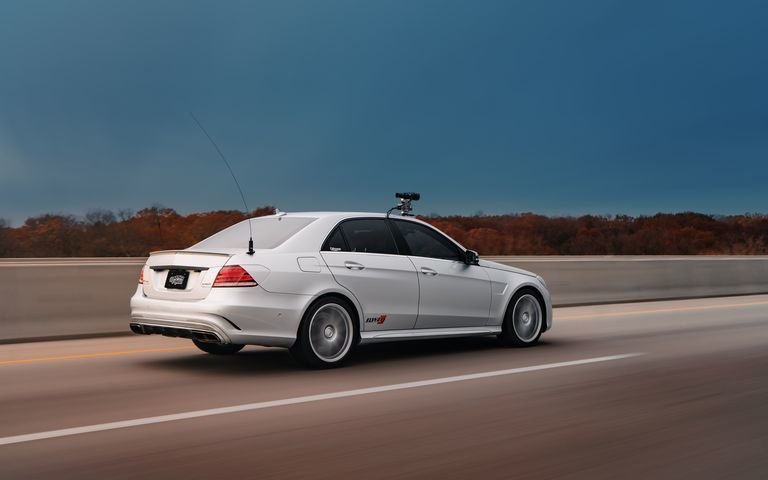 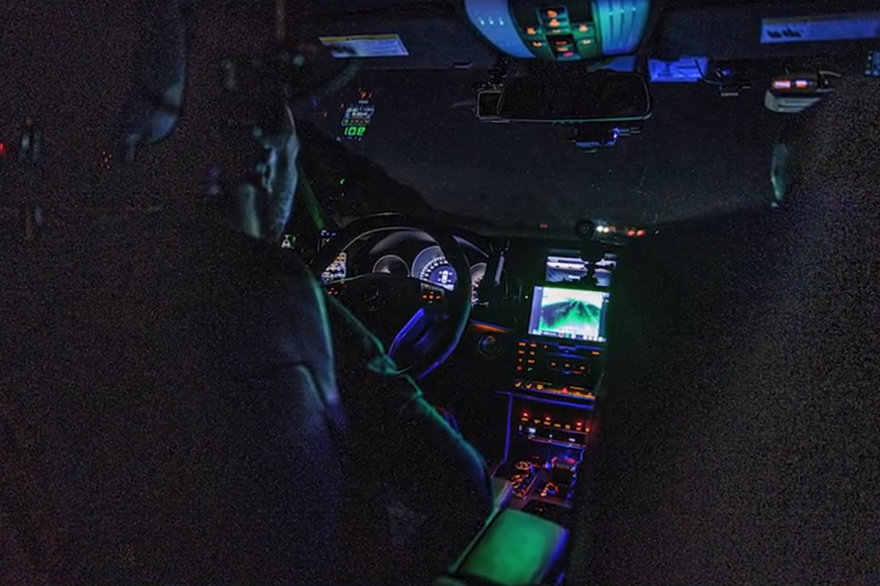 How did they avoid cops?

A combination of technological and human help. 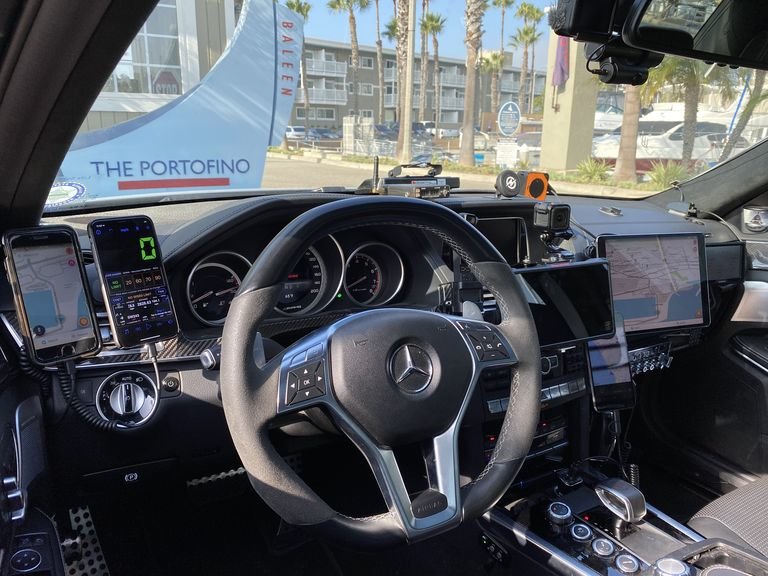 For starters, two radar detectors, a laser jammer and a police scanner. And Chadwick, in the back seat, used gyro-stabilized binoculars to scan for cops ahead. 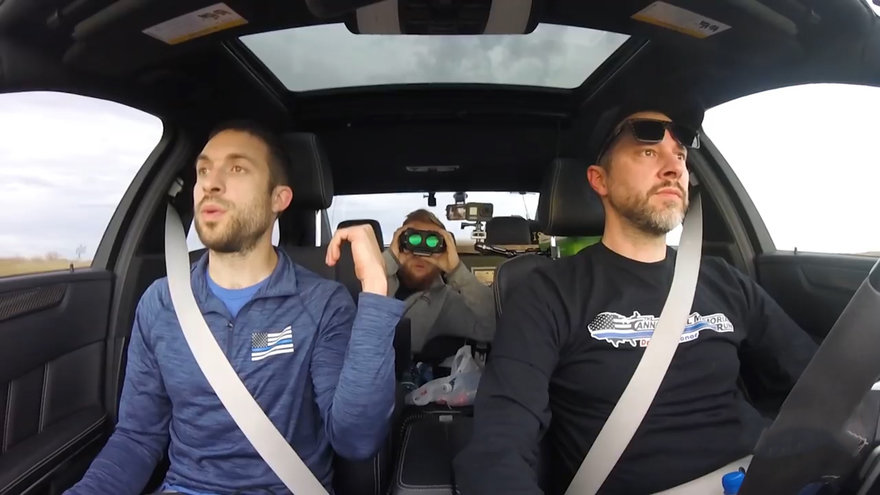 As for the additional human help, the team managed to recruit some 18 spotters all across the country, who scouted out their route ahead of them to warn of police. During the last leg of their trip, they were led by a spotter on a BMW motorcycle kitted out with super powerful headlights: This driver flew ahead of them, flashing motorists out of the fast lane to clear the way. 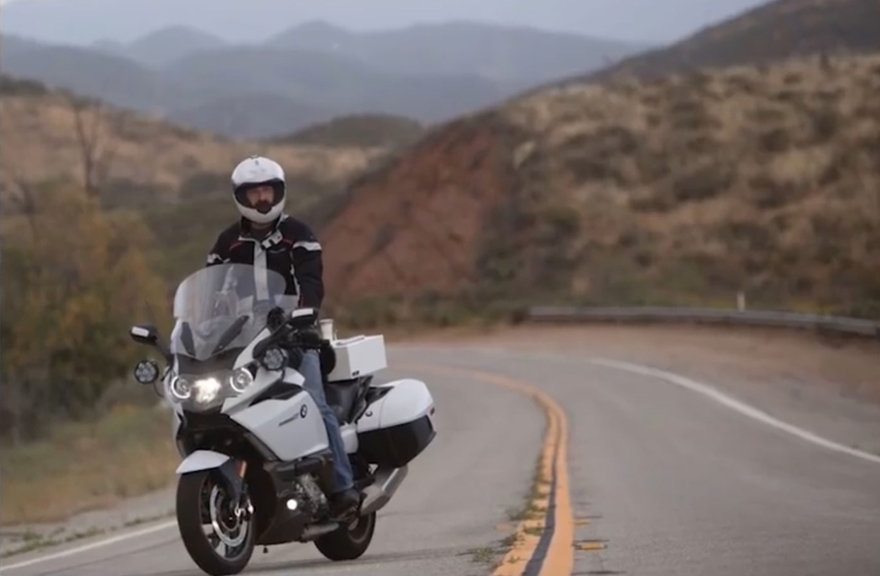 For those of you with more questions, the mini-doc below tells the whole tale.