It's a pretty school idea

When backpacking through Scandinavia, I took the cheapest method then available to get from Stockholm to Helsinki: An overnight berth in a cruise ship's steerage. I was in a shared interior cabin on the bottom level, below the waterline and obviously with no portholes. Navigating those lower levels was well confusing, and after you got turned around a few times, you couldn't even tell which way the front of the ship was.

That was in 2005, and cruise ships have since upped their orientation game. Here's a shot of the Norwegian Bliss, which was launched by Norwegian Cruise Line in April of last year: 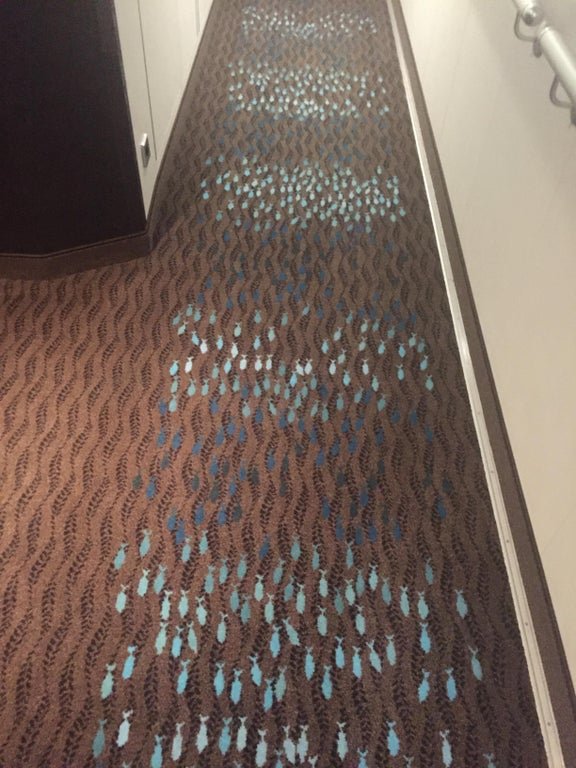 "The fish in this carpet pattern swim towards the bow of the ship," explains Ben, who captured the photo.

"For slightly more context, the photo was taken in 2018 on the Norwegian Bliss, but the carpet pattern is used throughout their fleet. When you are on an interior passageway where the passenger cabins are, the left and right sides are mirror images, so you need some point of reference to orient yourself."

Sure it's a bit cutesy, but I still think this is good design. Props to the person(s) who came up with the idea, and thanks to Ben for capturing the shot.