"I've just got a couple of notes for you"

I came across this photo of the evolution of Google's smartphone designs over the years:

It reminded me of an early industrial design gig I had, where I worked under a micromanaging supervisor. I'd produce on-screen drawings while he stood behind me, telling me to slant this line a bit more, adjust this radius, soften this edge; it was so bad that my co-workers and I called him "The Millimeter" behind his back, as he was always saying "Just move that line a millimeter to the left."

He was also flighty, indecisive and easily distracted. So the Google photo made me think of what each of his notes would've been, if this was a single design project I was working on while he was standing behind me: 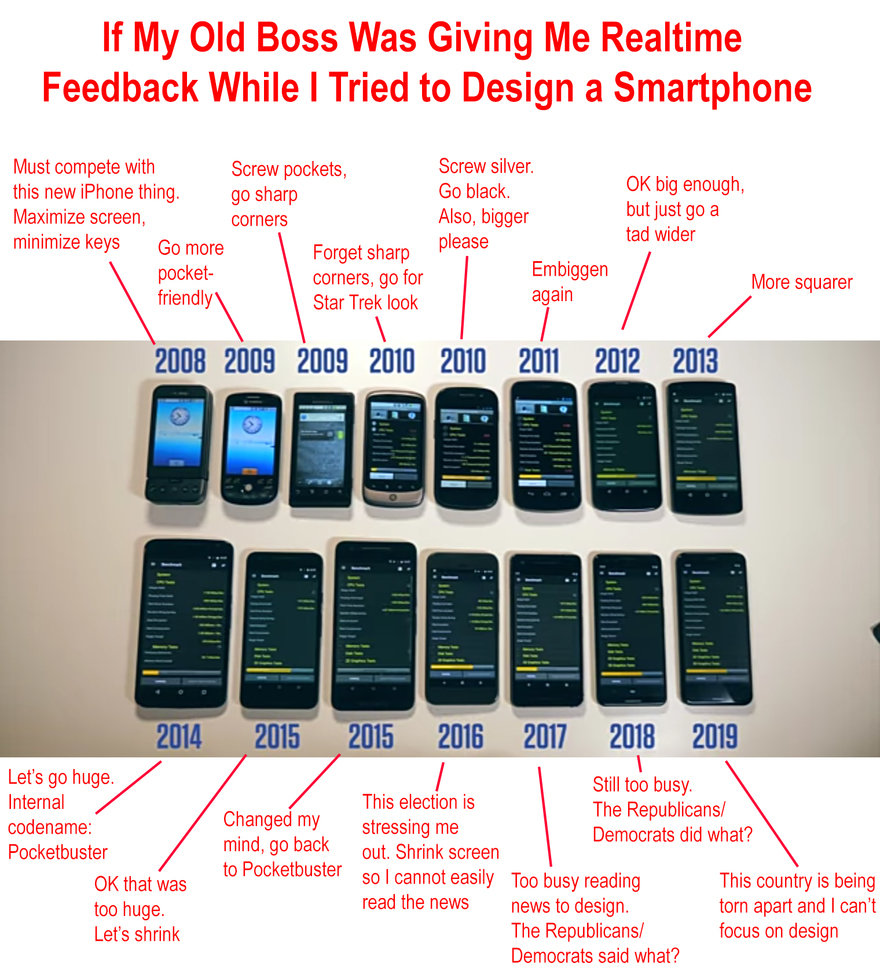 Speaking of micromanaging, I had a design buddy at a different gig who told me his boss would put his hand on my buddy's hand to steer the mouse while making CAD adjustments. Top that.