This person found a surprise in their snack food bag and snapped a photo, captioning it "My Goldfish are still attached to each other." 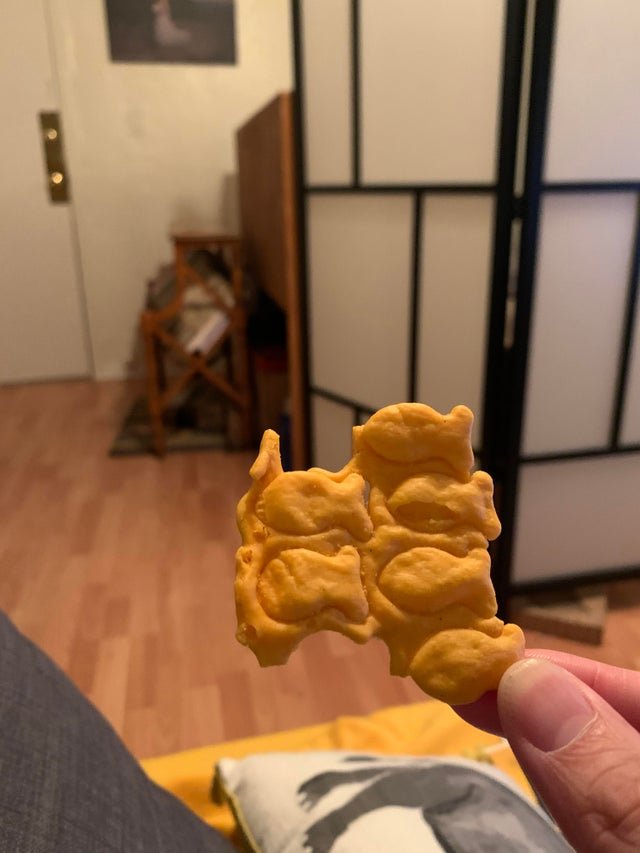 Looks to me like the Pepperidge Farm factory needs to touch up their stamping dies. Beyond that, one thing that jumped out at me is how wasteful the amount of flashing is--that's a lot of wasted cheddar, both literally and metaphorically; it's not as if that already-seasoned, already-baked flashing can be ground up and re-used.

I dug up a video showing how Goldfish crackers are manufactured, hoping to see at which point they're die-cut into their individual shapes.

While the die cutting step can't be seen in the video (presumably because it takes place inside the machine), we do see the sheets of roller-flattened cheddar rolling into a machine… 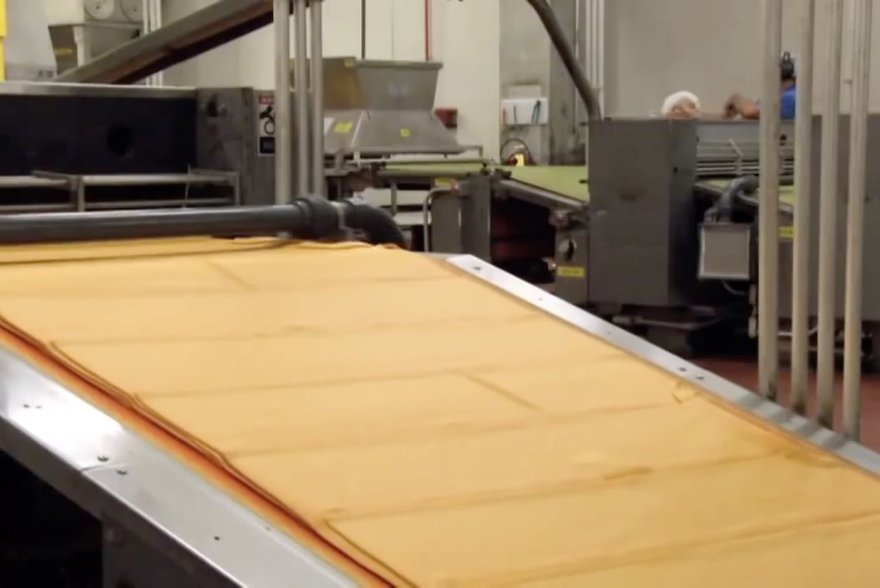 …while individual Goldfish come out of the other end. (Note that they're swimming the wrong way. Shame on you, production line designer.) 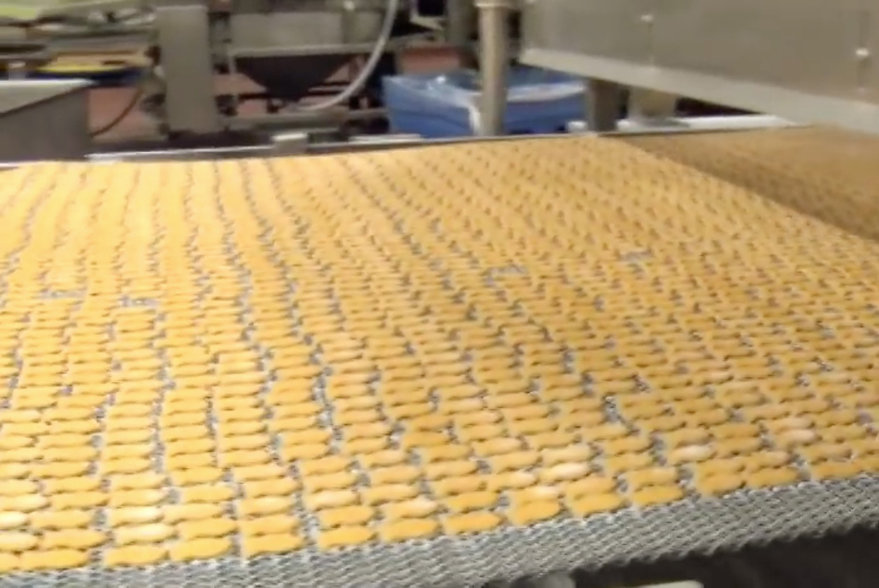 Since all of the baking, seasoning and oiling steps happen after the cutting, the spacing of the flashing makes sense. What we're not seeing on camera is that the flashing is undoubtedly being separated after the cutting step and fed back into the rollers to produce a fresh sheet. I'm not surprised Pepperidge Farm wouldn't want that part of the process shown, as a consumer unfamiliar with manufacturing might assume they're re-using "waste" in their products.

As the sheets roll into the cutting machine, we can see that they're overlapped by at least three layers: 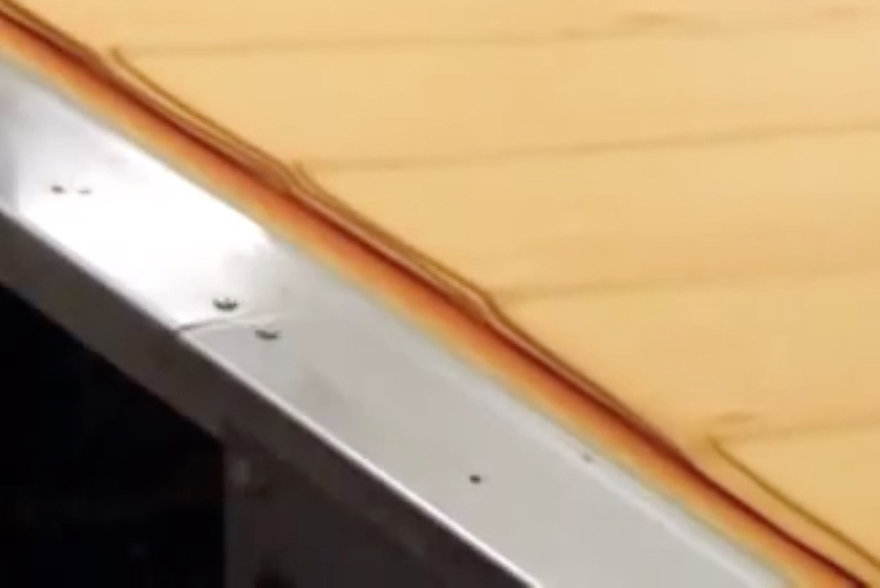 My guess with the defect above is that that was cut from a bottom layer as the die wore out.

One thing I couldn't grasp in the video: What the heck is this shot below depicting? 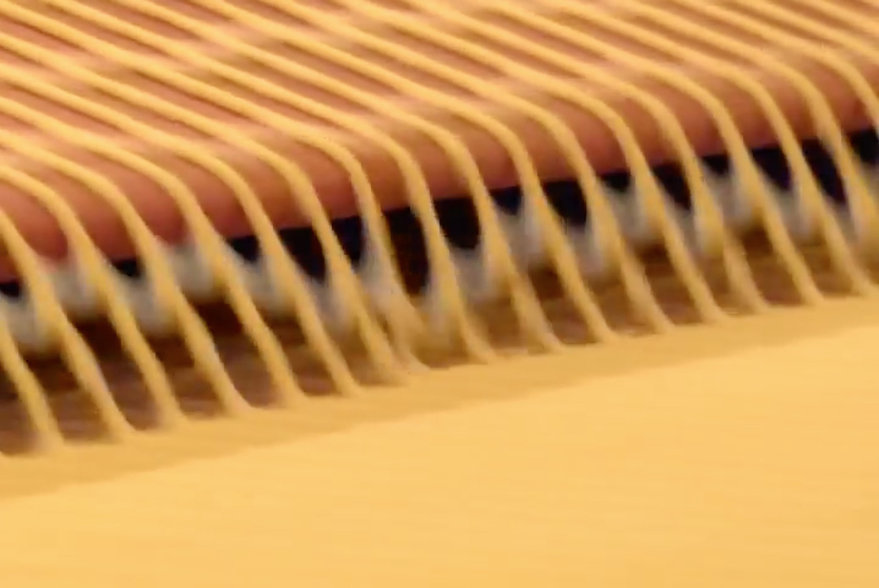 I know at least a few of you reading this design for CPG in this space, and can explain what we're seeing.