For those that miss the old iPod Classic with the click wheel interface, developer Louis Anslow wanted to write an app that would restore it to your iPhone. The problem was, Apple's review process for the App Store "generally prohibits the use of images from Apple products or interfaces," according to 9to5 Mac.

Anslow's workaround was to write Rewound, a seemingly regular ol' music playing app. But the trick you're meant to know about is that within the app, there's an option to change "skins," and one of them is you-know-what: 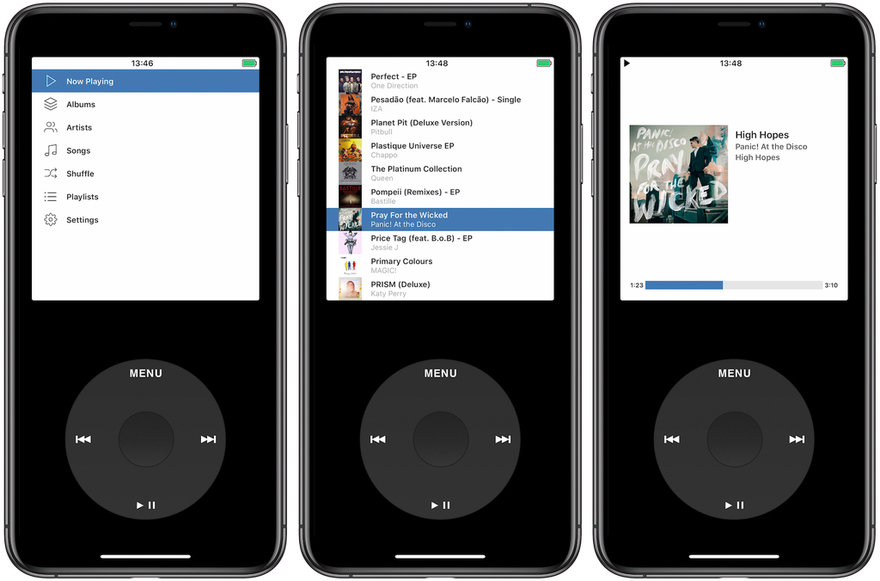 While the app is free…the catch is that you have to have an Apple Music subscription for it to work.