Canadian ID'er Matthew Kroeker, one of the Top Ten 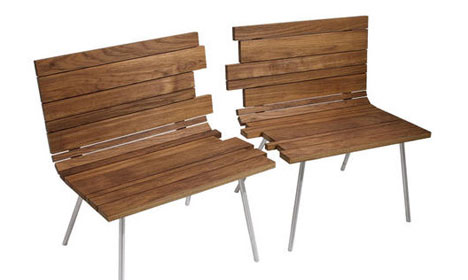 A local Canadian rag has a profile up on Matthew Kroeker, who designed the Splinter Chair (above). We love hearing stories like this--after high school Kroeker spent two years as a ski bum (well, snowboard bum) at Whistler:

"I didn't have any idea what I was going to do, other than some vague inclination to become a commercial artist or graphic designer," he says.

[After moving to Toronto to take art classes,] "I found myself studying the objects that surrounded me every day, and I realized these things don't grow on trees, so I started quizzing my art instructors about who designs this stuff."

He then discovered industrial design, and after putting a decade into it has been named one of Canada's Ten Most Innovative Designers by the Interior Design Show. Follow his career arc (still on the uptick) here.