This Slanted Toilet Was Designed to Minimize Bathroom Breaks

British startup Standard Toilet is getting dragged on the internet for designing a slanted toilet that makes it uncomfortable to sit for long periods of time. Recently approved by the British Toilet Association, the patented design sits at a downward angle of 13 degrees, just enough to put strain on the leg muscles after about five minutes of sitting. 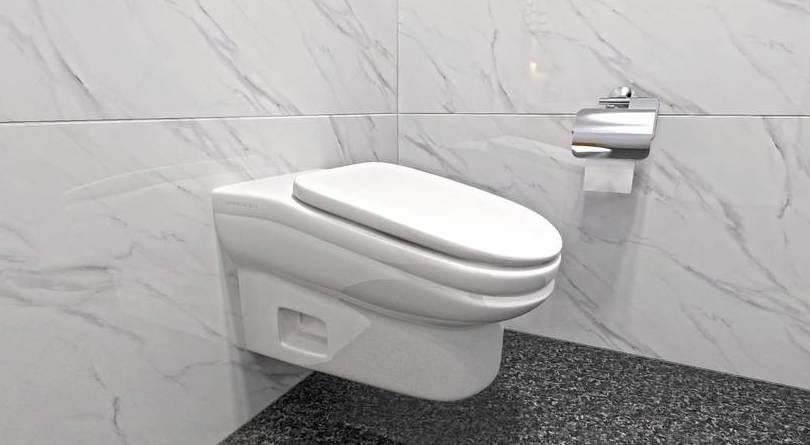 In an interview with Wired, founder Mahabir Gill said the design is meant to cut back on employee downtime in the loo. On their website (which is now down), the company cited reports that extended employee breaks cost businesses £4 billion a year, or about $5.2 billion. Gill determined that the incline is "not enough to cause health issues, anything higher than that would cause wider problems. Thirteen degrees is not too inconvenient, but you'd soon want to get off the seat quite quickly." The intentions are clear, as Gill himself said: "Its main benefit is to the employers, not the employees. It saves the employer money."

The toilet received funding from the BTA and is now up for sale in the UK, where it retails between £150 and £500. Gill says he's in talks to expand the market beyond offices to train stations, pubs, and shopping malls—anywhere where long bathroom lines are an issue.

If the slanted toilet is introduced to the US market, it will have to contend with the Americans with Disabilities Act. The ACA doesn't currently have any requirements pertaining to the angle of toilet seats, it only mandates that they be between 17 and 19 inches from the floor.

This Slanted Toilet Was Designed to Minimize Bathroom Breaks