We've featured the work of self-taught woodworker Chris Salomone quite extensively over the years. One of his recent projects began as a drawing made by his six-year-old son that Salomone decided to turn into a real piece of furniture. The result reminds us of Gianluca Gimini's drawings of bikes from memory—off-kilter but inspired. 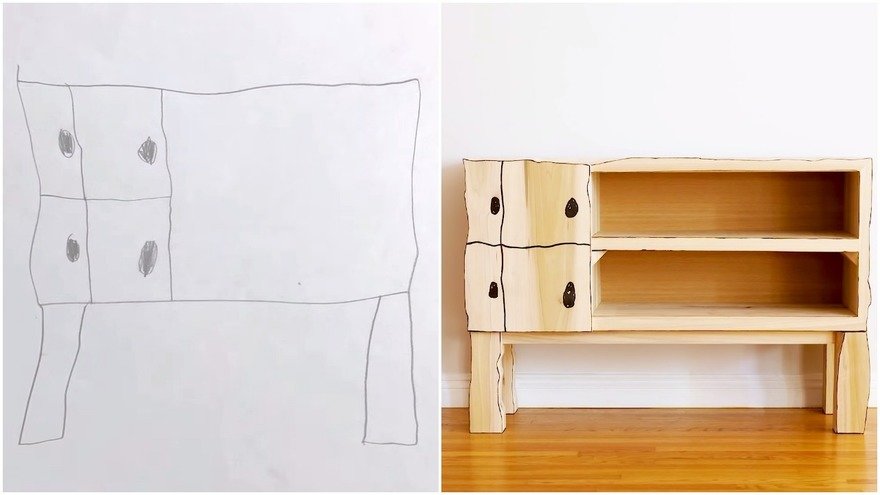 "The trick with this build is that I didn't want to just do a really quick and bad job," Salomone explains. "Even though in the end it has to look kind of weird and messed up, it has to look like it was done on purpose." To achieve that look, "my idea was to build it really nice and square similar to how I would build any piece of furniture, and then after...remove material to achieve that...drawn look."

Check out the full process below: