The future is already here, it's just not evenly distributed

Due to the sheer scale of the annual Consumer Electronics Show (a.k.a. CES) , attempting to sniff out what the future will look like via the products on display can often be too murky to decipher. Where future trends are made most clear at this annual tech gathering are arguably in their automotive halls, embodied by the cars on display.

At CES 2020, editors and companies alike tried to answer questions like: When will we actually see fully autonomous vehicles on our roads? What is the future automobile actually going to look like? Is it true that in the future, none of us will own cars? As Arup Senior Transportation Planner and expert in the future mobility space Melissa Ruhl stated in Core77's CES talk series "Moving Forward: Conversations on Transportation Futures," a question she is frequently asked is, 'when are autonomous vehicles coming?' Her response was simply, "That question is always really hard. We just don't know. Companies put out all these bullish predictions, only to walk back."

While we can't admit to knowing when that day will come ourselves, we have gathered a number of trends we noticed during the 2020 show that hint at what engineers, designers, and companies at large are working toward when it comes to future mobility. Here are a few of our insights:

"The Future of Driving" Will Come in Small Bites

With all the big names in transportation on display at CES, a pattern will typically emerge of what automakers are hoping to bring to market in the near future. And what companies are hyper-focused on right now are small design details that increase safety and energy efficiency. 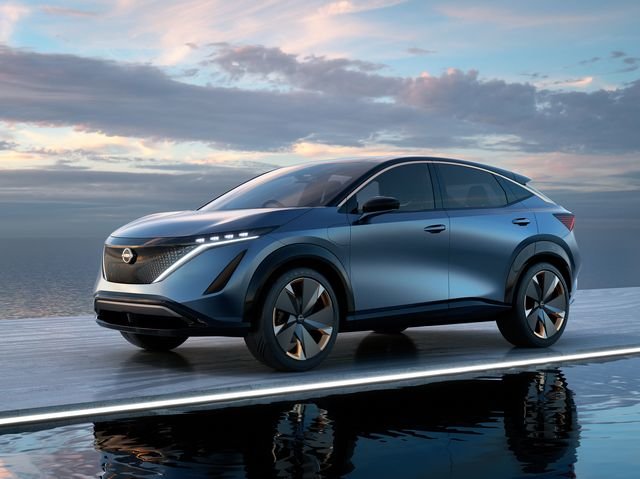 For one, concept cars such as the Nissan Ariya and the even more surprising Vision-S focus not on fully autonomous driving but rather smart technology that keeps the driver informed and safe. The entirely electric Ariya (a prototype that is fully operational and likely similar to what Nissan hopes to release to market in the near future) was designed not only to harbor a 300-mile battery life, but also uses Level 3 autonomy to help keep the car centered in the lane, among other features. 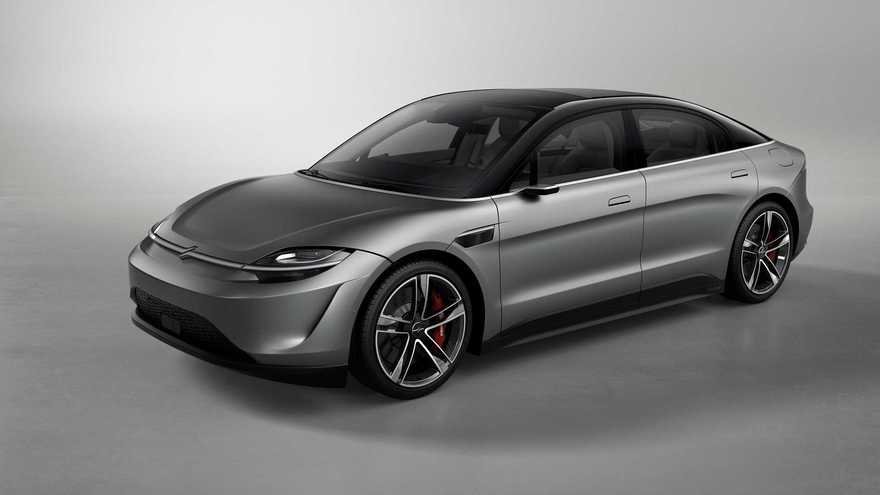 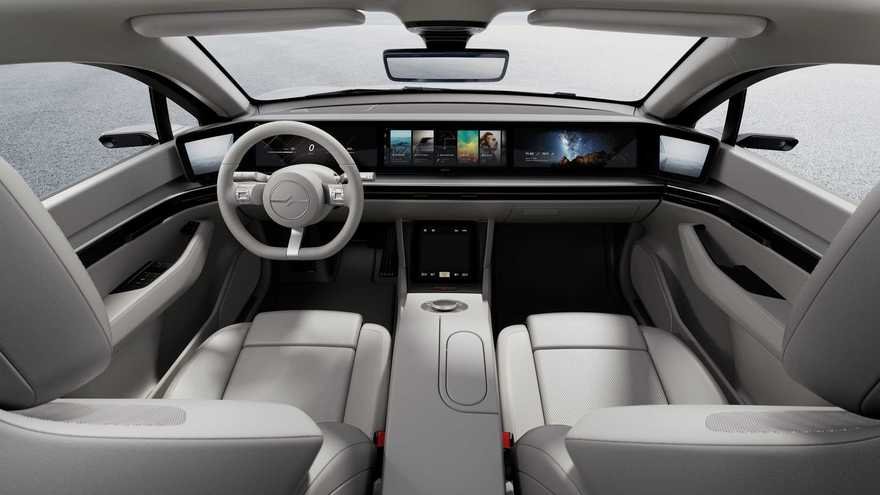 The Sony Vision-S, which although operational will likely remain a concept at least for some time, introduced software made in collaboration with Bosch, Qualcomm, Nvidia and Blackberry that notifies sleepy drivers to keep their eyes on the road using a complex biometric system. Amongst this advanced technology remains the familiar nodules of a typical personal vehicle—the standard car form, a round steering wheel, as well as an interior that looks more utilitarian than cozy and relaxing. In short, we're at least a few years ago from cars starting to looking less like a car and more like a living room.

If the news around CES is any indication, the beginning of Level 4 or 5 autonomous driving on a mainstream scale will begin with ride sharing and public transportation systems. The most fleshed out autonomous driving system we have seen to date launched in Vegas last week: the Yandex Self-Driving car, which was one of the first examples of a fully autonomous rideshare vehicle driving on the road without an engineer in the driver's seat. As WIRED reported, Las Vegas law requires an engineer "seated in a position to take immediate control," so the Yandex engineer in the test car had a system in place to trigger the brakes from the passenger position if necessary. But it was an impressive early display of trust in the autonomous technology already available to us today. 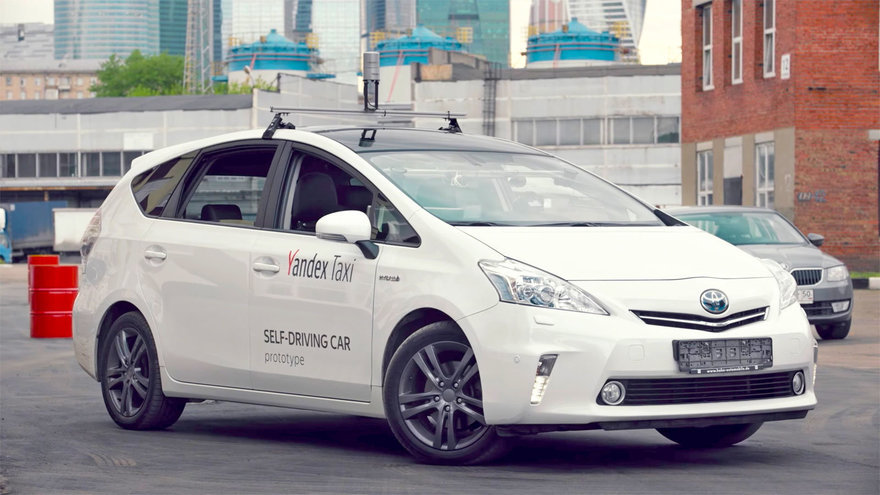 In addition to rideshare, autonomous technologies are being utilized to envision self-driving public transportation systems. As mentioned by 2020 CES Speaker at our Moving Forward talk series, David Scott Neal, Director of Design Co-Creation at Launch Forth R&D, it is likely that private car ownership will drop by 80% come 2030 (according to a 2017 study by Stanford economist Tony Seba). It is projects like Local Motor's Olli, a self driving shuttle made using 3D printing, that support this theory, and several vehicles similar to this were on full display throughout the CES grounds. 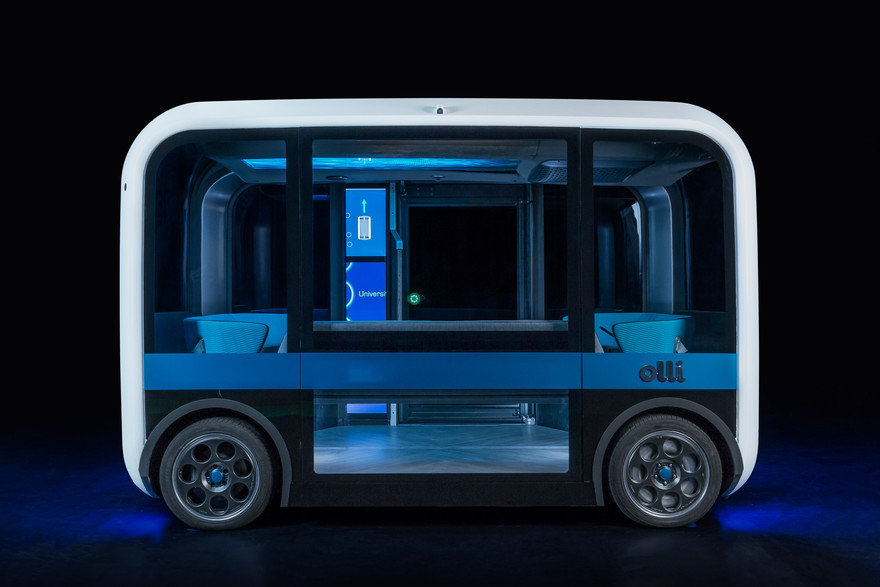 The use of self-driving tech for public transportation makes a lot of sense, aside from the private money it requires to fund such an operation—citizens depend on public transportation routes to appear at stops on time and follow a prescribed path, making it a perfect preliminary challenge for the technology.

Just Like Everything Else These Days, Your Car Will Be Hyper-Personalized

Despite recent concerns regarding data privacy, the use of personalized algorithms and data proved to appear in full force at CES 2020. Largely rebranded as biometrics, a number of concept cars on the CES grounds integrated technology that tracked personal data as a way to activate and personalize a car's environment. 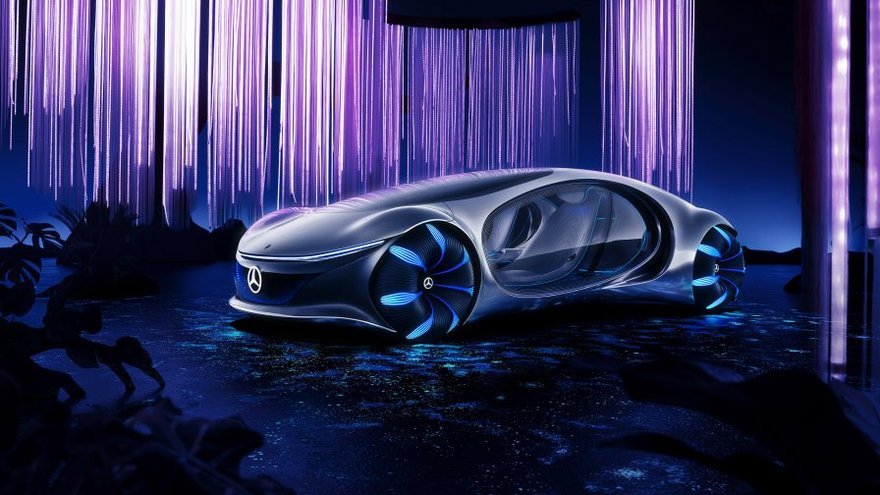 The VISION AVTR concept car by Mercedes Benz—an ambitious speculative design project that bakes in some early 2020 marketing buzz for the Avatar 2 film coming out later this year—took biometrics to extremes by replacing the steering wheel with a "multifunctional control element" that allows use through recognizing the driver by tracking breathing patterns (I can only imagine the lack of steering wheel enraged hot rod fanatics and arcade game lovers). 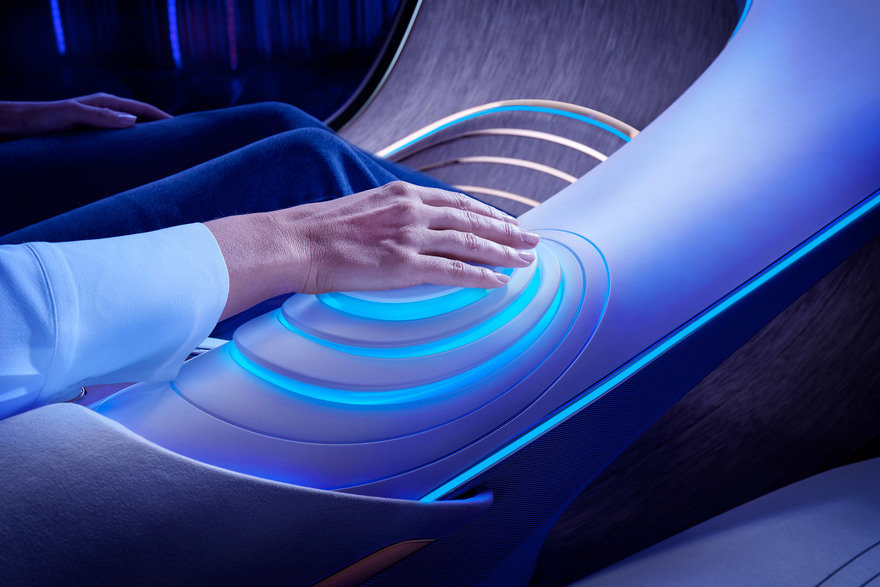 This concept is obviously fanciful, but takes cues from technological advances in development right now. Audi had on display a design study, the AI:ME concept car, that utilizes artificial intelligence to prompt environmental interior changes learned by the car over time. For example, one attendant in the CES booth informed me that the car monitors CO2 levels in the cabin. Due to the fact that your breath contains more CO2 during times of stress, when the level of CO2 rises, the car triggers a pleasant fragrance to help relax the driver. For the car's infotainment system, the team developed an eye tracking software that detects an icon you're looking at on the screen, and can recognize when you want to 'click' the icon; no hands necessary. Maybe it is a blink-to-click interface?

As Digital Trends reports, the company emphasized that AI:ME is not a preview of a car to be released by Audi in the future, and that they haven't "decided whether to put it in production yet," however, the technology such as the eye-tracking entertainment will be implemented in the cars in the 2020s.

Something to consider in the midst of these new data-driven features is whether the technology is being used in the most beneficial ways for the users, or if it's simply an example of superfluous engineering.

In fact, many aspects of the future as demonstrated by cars at CES ought to be given a deeper second look— after all, many of them remain a concept yet to be seen on the market, a least for the time being. A good exercise for designers would be to examine these trends highlighted at CES and think critically: is this the future you would like to see?

Next week, we'll be following this query with an article around the questions CES 2020 will leave designers asking. So stay tuned!