In east Africa, cars are hard to come by and mass transit is non-existent. However, motorcycles can be purchased--even on credit--so a number of entrepreneurs in the region have invested in a bike, and offer taxi service with it to generate income. 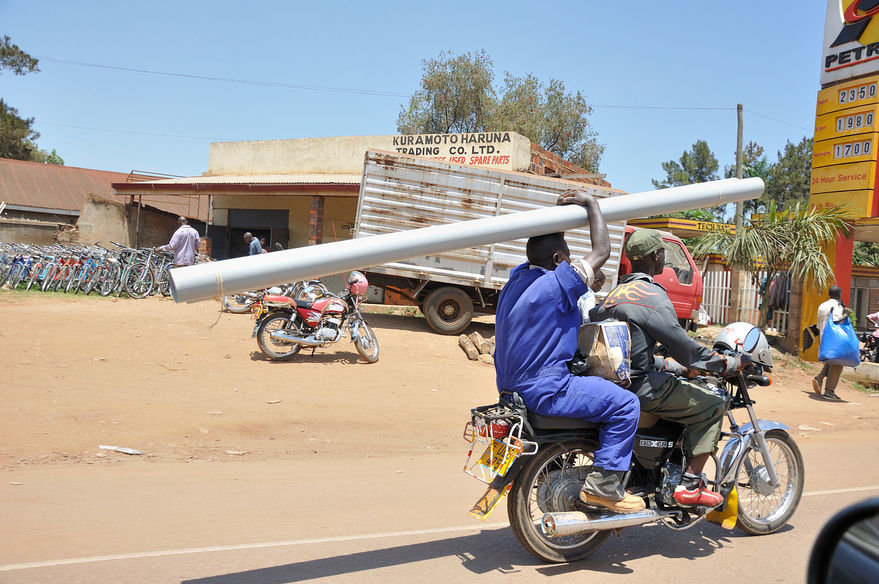 Locally referred to as boda bodas, these motorbike taxis are ubiquitous; CityLab estimates that "there may be as many as 300,000 boda bodas in Uganda alone." To attract fares, boda boda drivers need to stand out in a crush of traffic, leading many drivers to paint their bikes in loud colors and patterns. 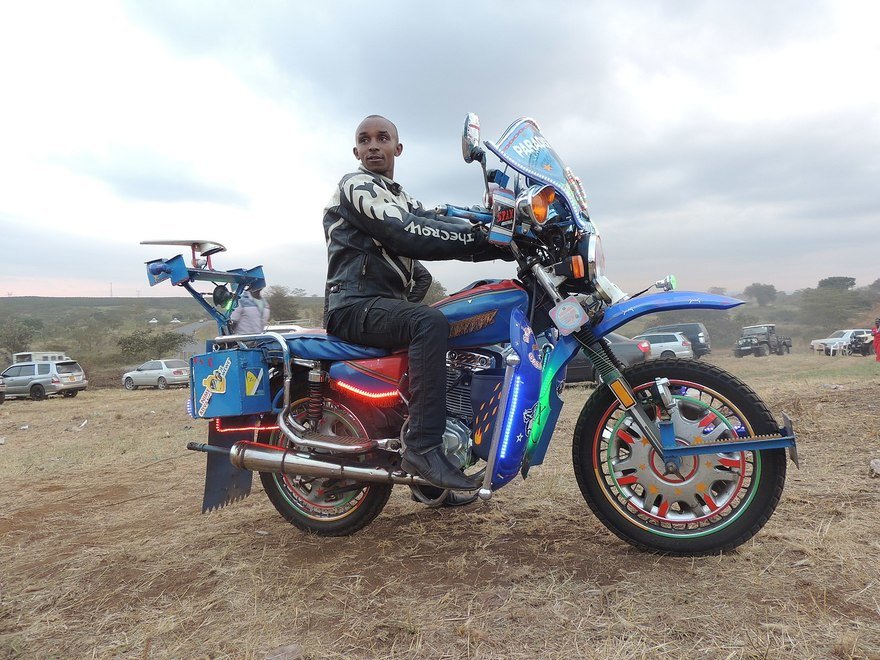 This practice of loud-ifying was noted in Nairobi, capital of Kenya, by Dutch photographer Jan Hoek and Ugandan-Kenyan fashion designer Bobbin Case (anyone who uses a sewing machine has got to love the latter's name).

"Both Bobbin and me were fascinated by the many motor taxis, known as Boda Boda, driving around Nairobi," writes Hoek. "There are so many of them that some drivers build the most fantastically-themed motorcycles in order to stand out from the other taxis and attract the attention of customers."

"However, we thought the bikers forgot one thing when they customized their rides: their own looks. We selected seven Boda Boda drivers with the most awesome bikes and sat down with each of them to create brand new outfits to complete the characters. I photographed the Boda Boda drivers with their new looks in the style of real life action figures in front of Nairobi landscapes. 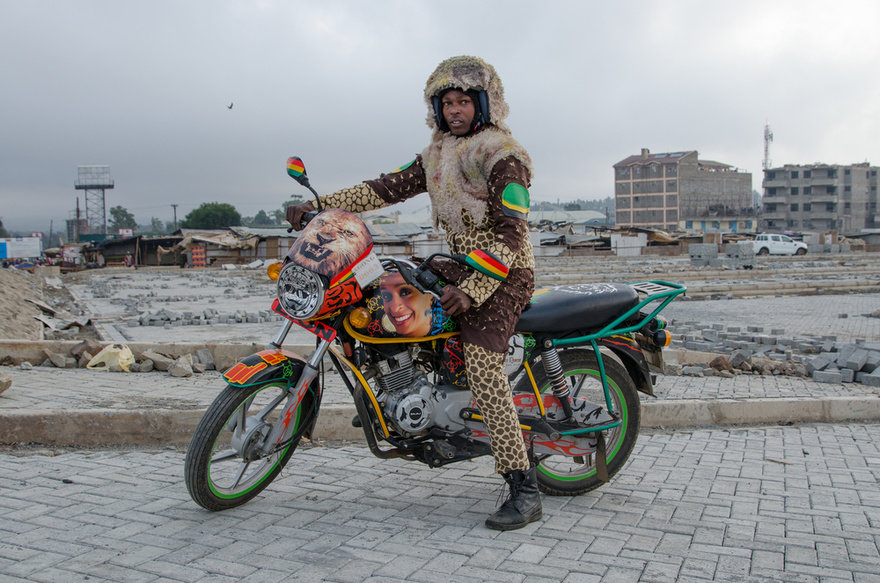 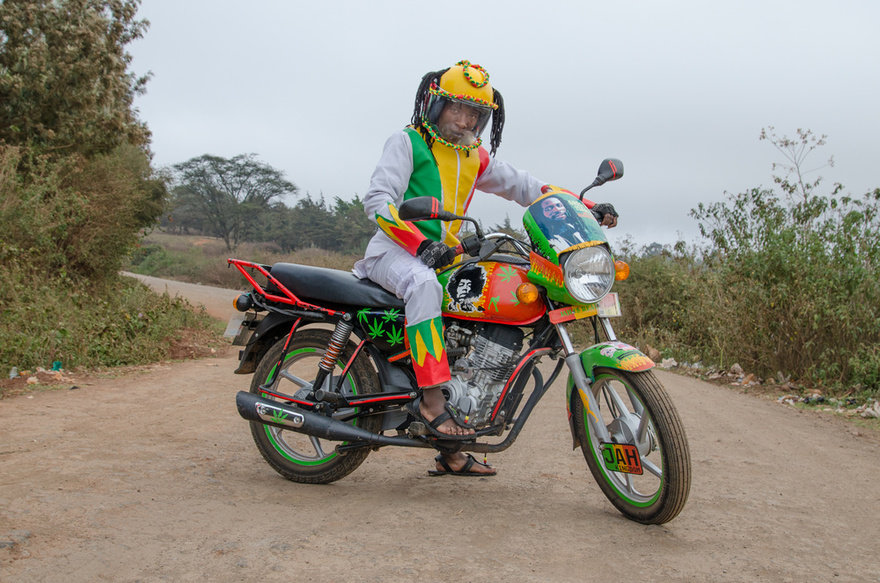 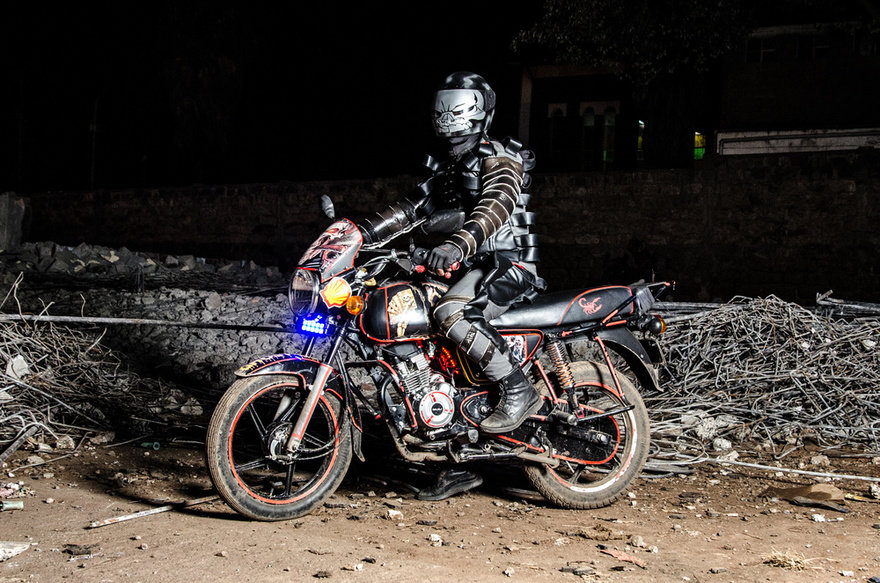 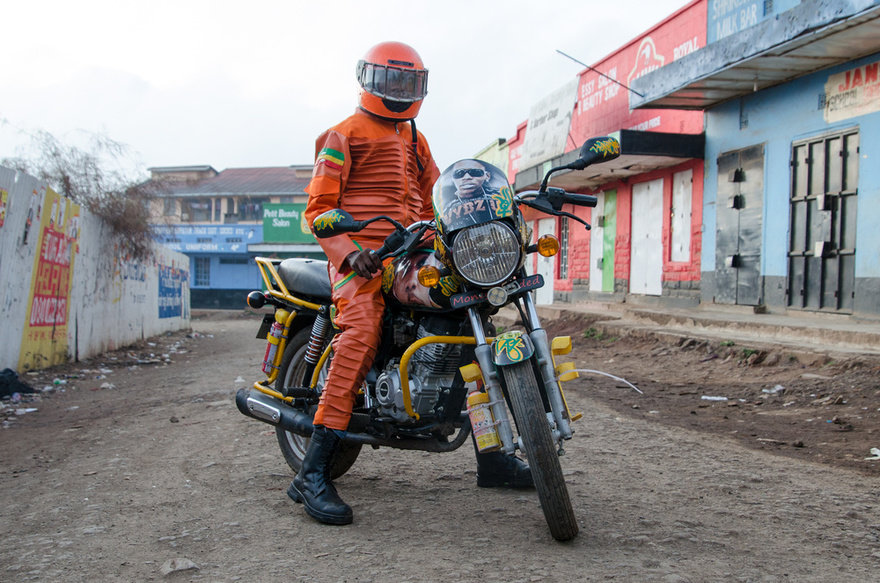 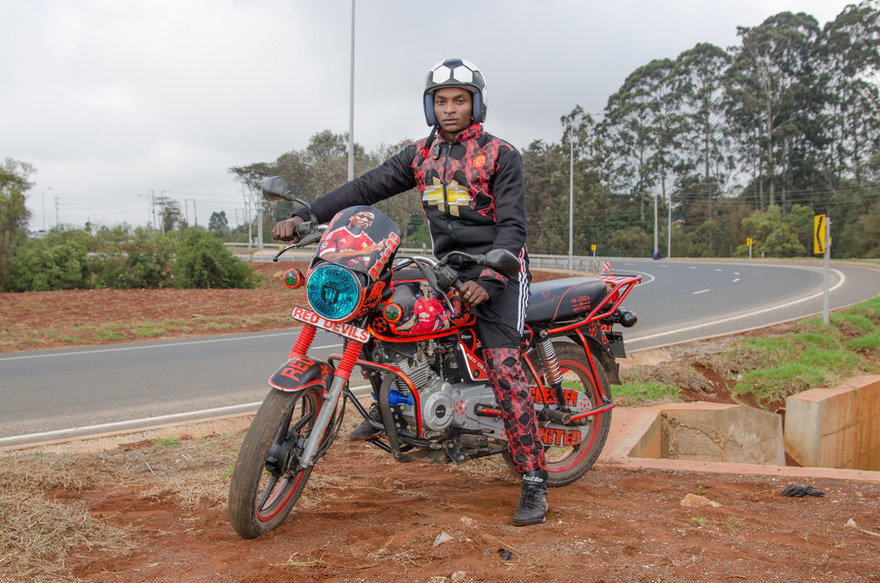 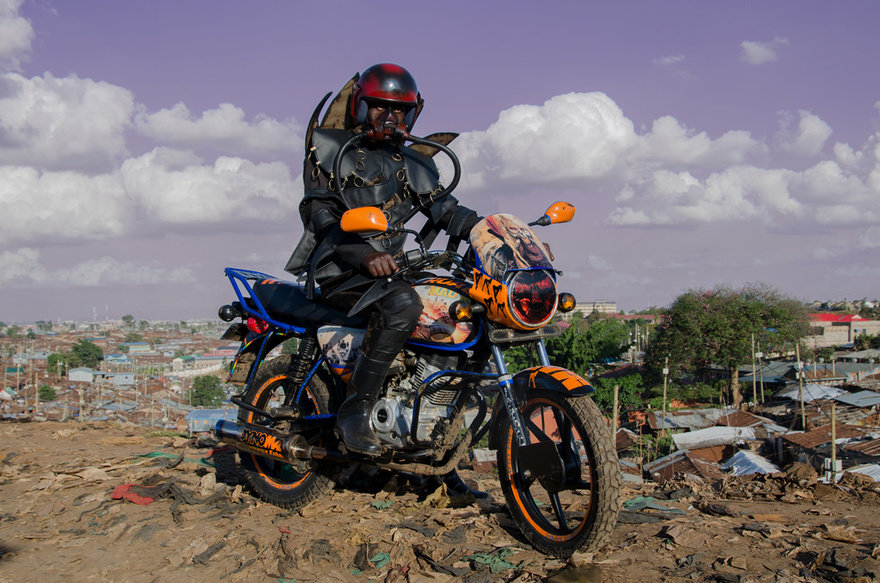 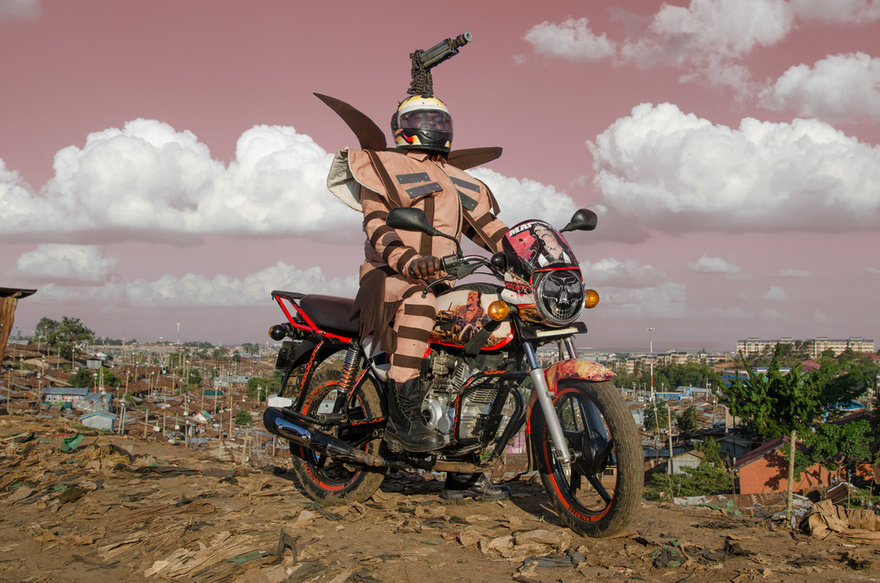 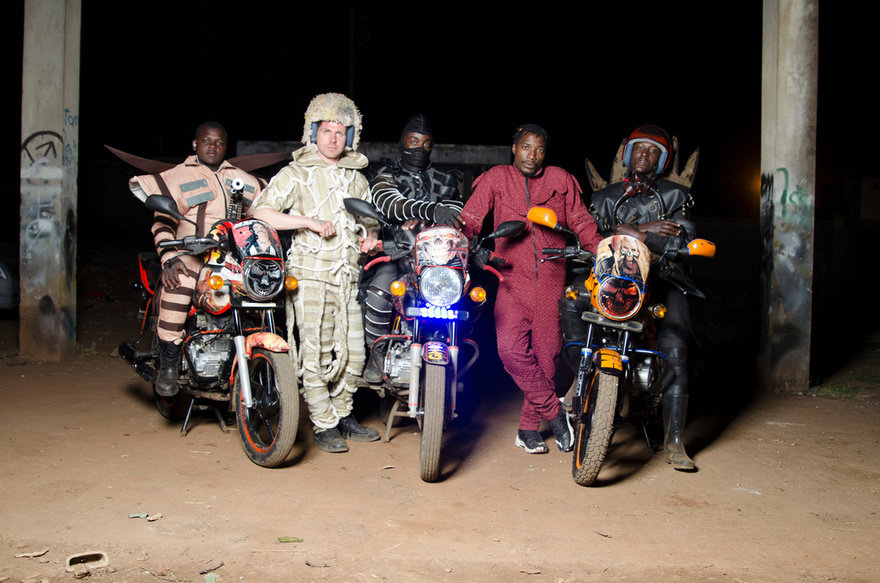 "The nice thing is that because of their new outfits their income went up, so they really kept on using their costumes. Maybe if you by chance visit Nairobi one of them will be your taxi guy."

The resultant images will be on display at a pop-up exhibition in Amsterdam titled Now Look Here - The African Art of Appearance, running from January 25th thru February 23rd. 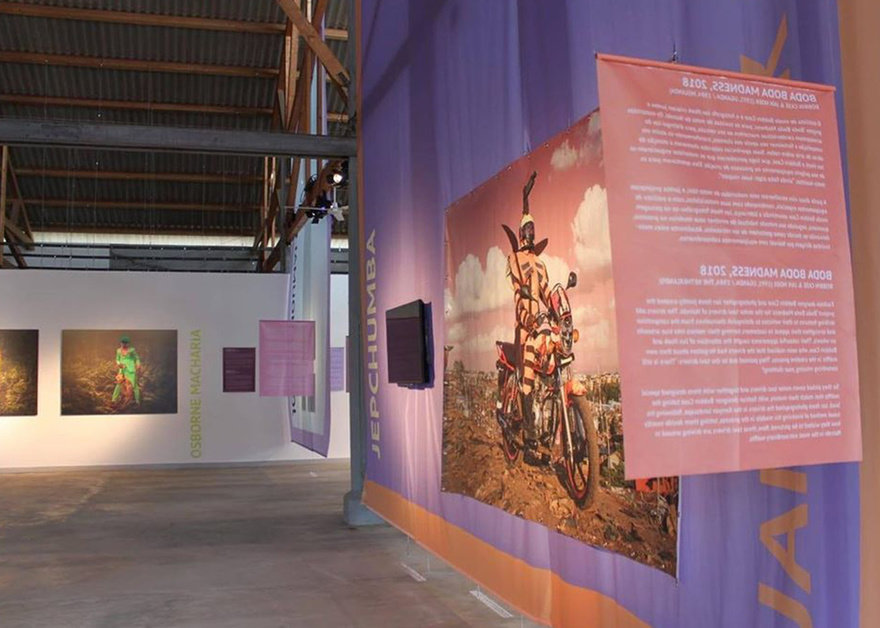 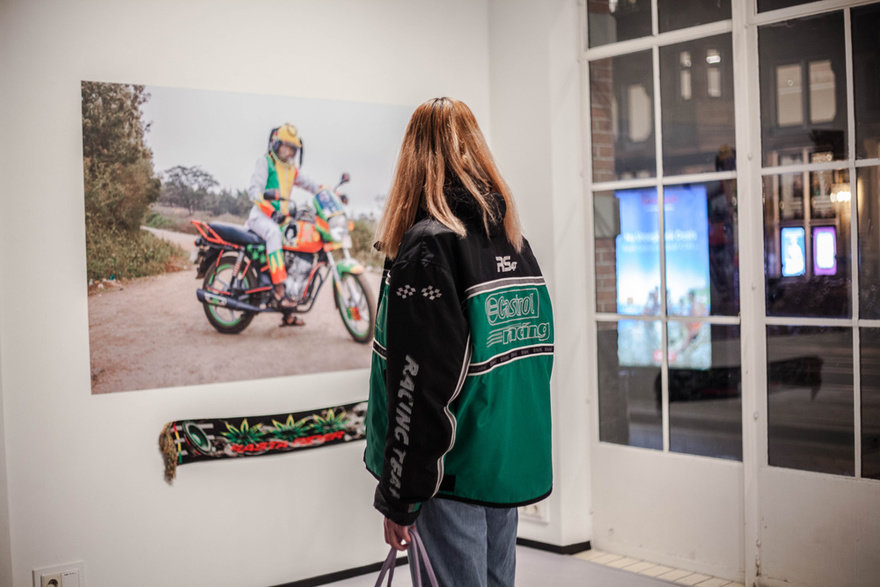 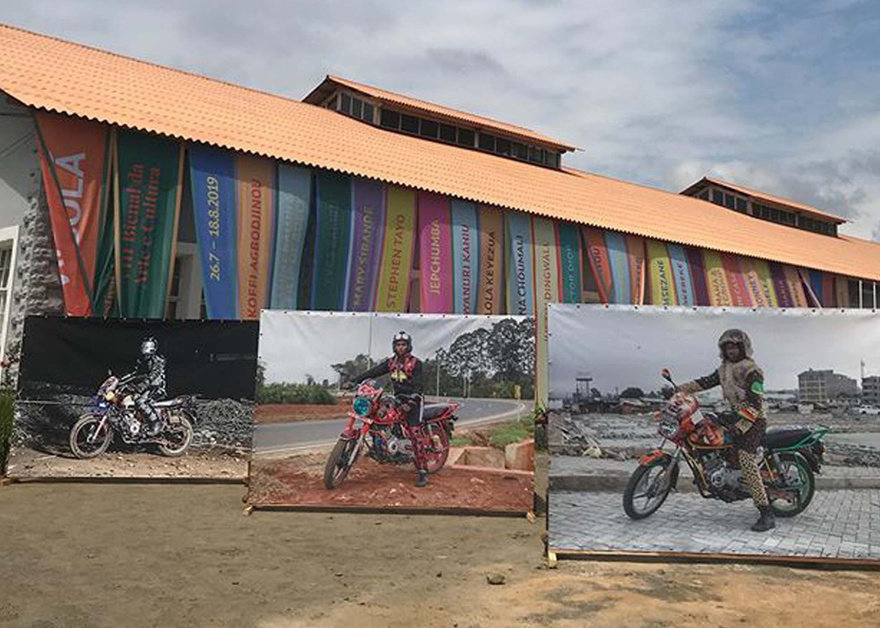 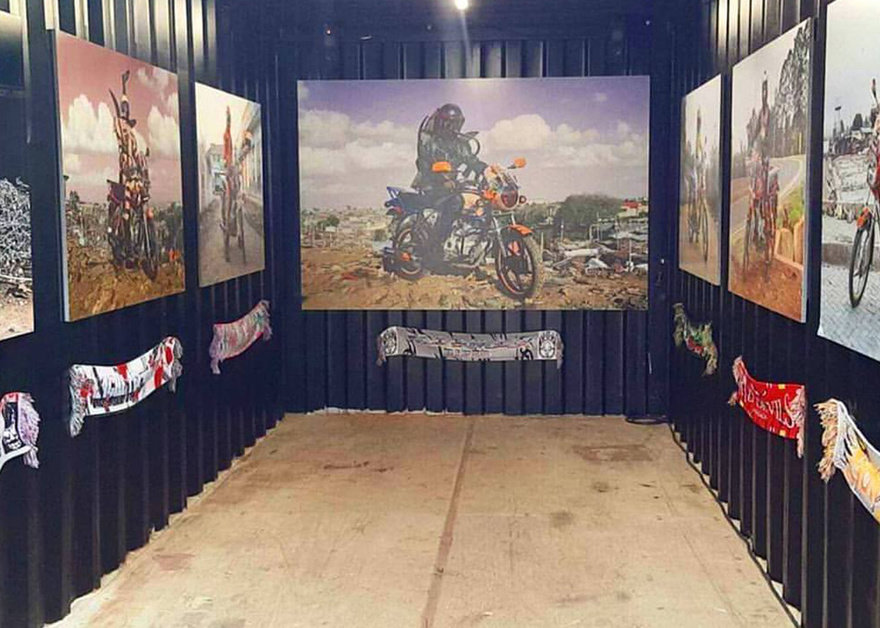 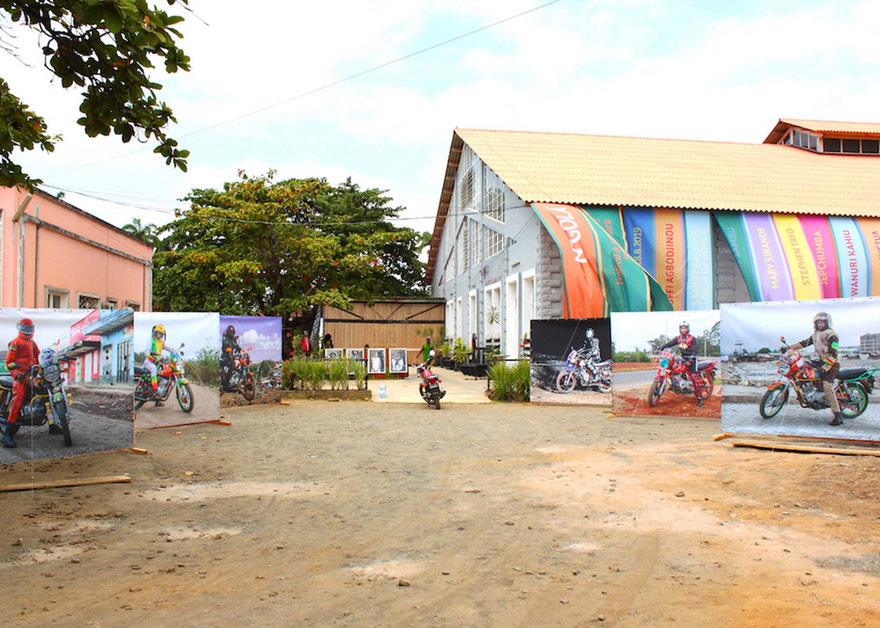