R.I.P. Kobe Bryant, one of the greatest athletes the world has ever seen

I was shocked and saddened to learn of the death of Kobe Bryant and his daughter yesterday. I was also surprised to hear that a total of nine people were killed in the ill-fated helicopter. While I'd heard that Bryant took a helicopter from his Orange County home to the Staples Center for games (a medical necessity, according to this GQ interview; a lifetime of injuries makes sitting in L.A. ground traffic unbearable for Bryant), I didn't know what kind of 'copter it was.

The cause of the crash was unclear at press time, but I did want to learn about Bryant's helicopter. I've found it was a Sikorsky S-76B, which is the Mark II version of the S-76, a then-new type of helicopter designed in the '70s, originally to ferry oil executives from shore to deep-sea drilling platform. 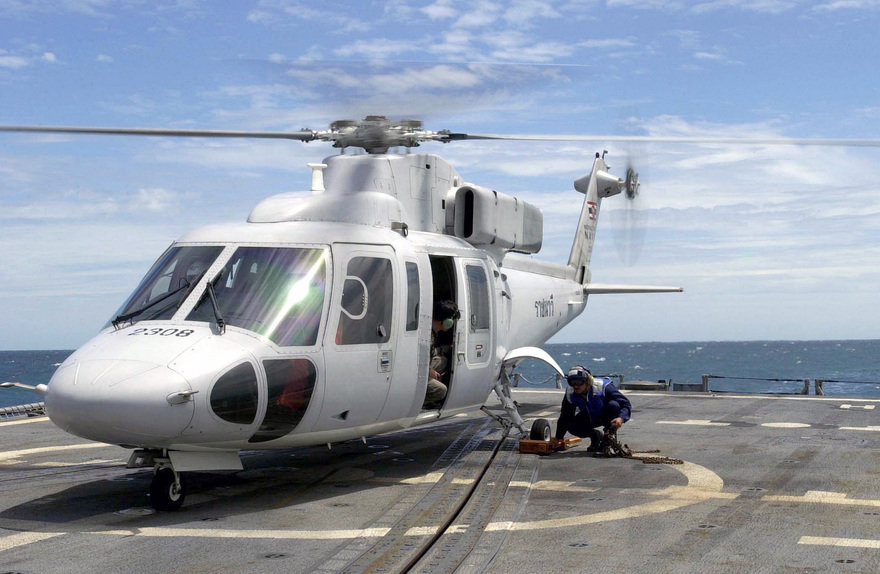 In the years since, the S-76 has been used for VIP/executive transport and has a connotation of corporate luxury. 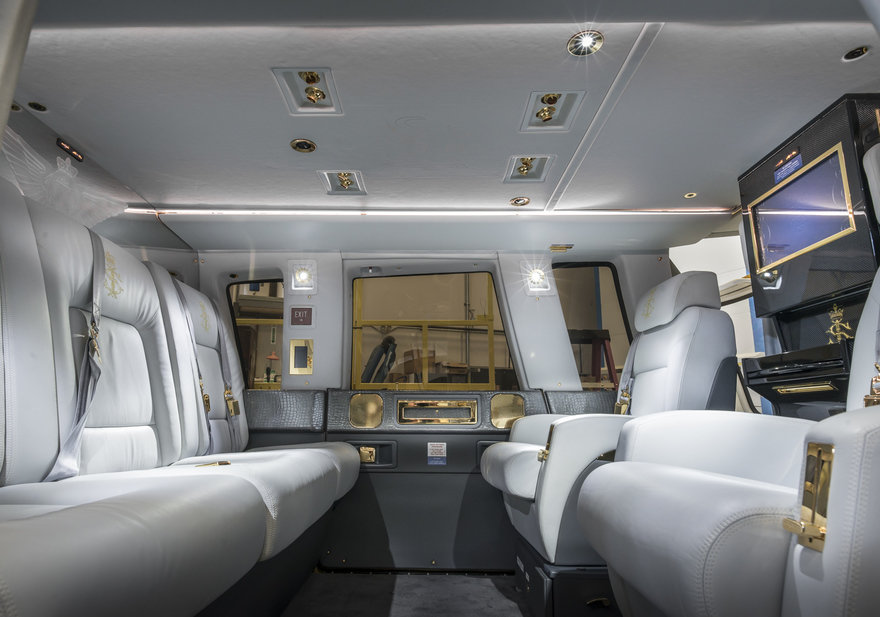 An S-76 interior fitted out for VIP transport

President Trump personally owns an S-76B (although he has not been allowed to use it after winning the election; the Secret Service restricts him to Marine One for helicopter trips). 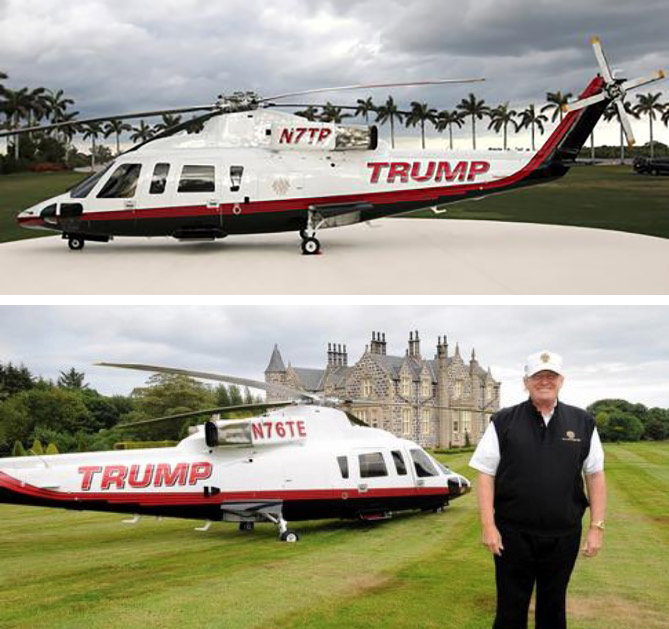 Trump's personal S-76B, purchased for use when he was a civilian

Design-wise, the S-76 is similar to the U.S. military's Blackhawk helicopter, having the same designer/manufacturer in Sikorsky. The twin engines on both craft are overhead; with the Blackhawk this provides a roomy interior in which to cram more troops, and on the S-76, passenger space. The spacious interior makes the S-76 attractive both for executive transport and adaptation as an air ambulance, as there's ample room for a prone patient and first responders to administer aid in-flight. 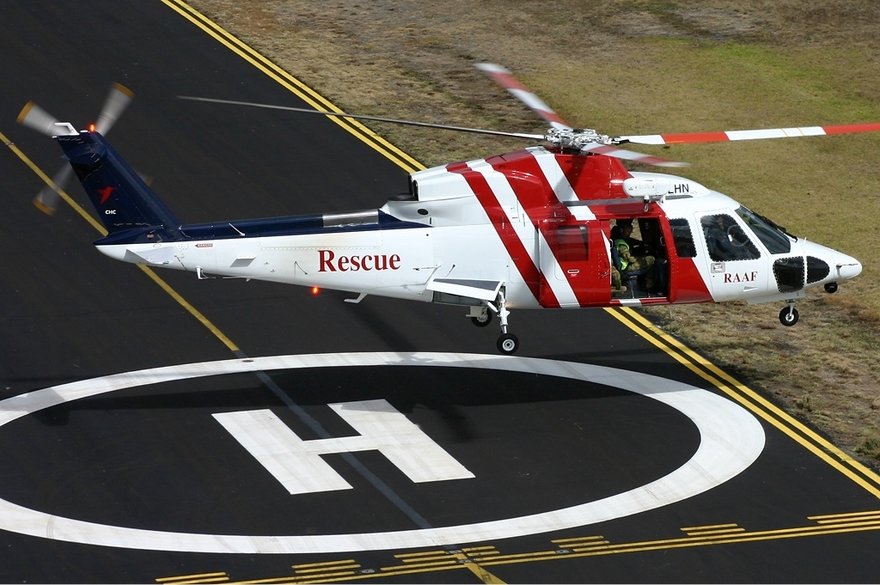 An S-76B in rescue livery. Image by Phil Vabre, GFDL

What I can't figure out is how Bryant's specific helicopter was outfitted to carry eight passengers (I can't find any photos of its most recent interior). Prior to his purchase of the aircraft, which was made in 1991, it was owned by someone else and the interior looked like this, with a five-passenger capacity: 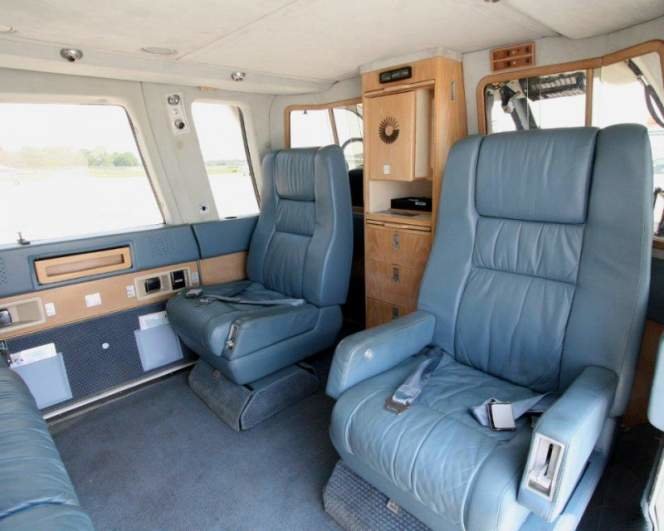 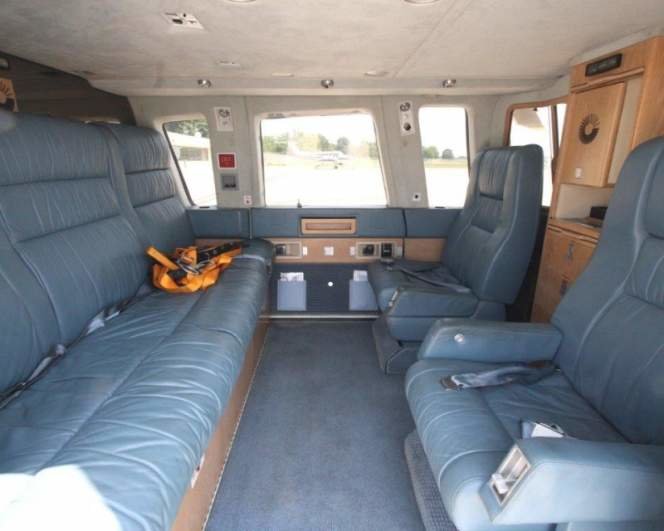 Trump's S-76B is also kitted out to carry five passengers, with the center armrest on the left folded up: 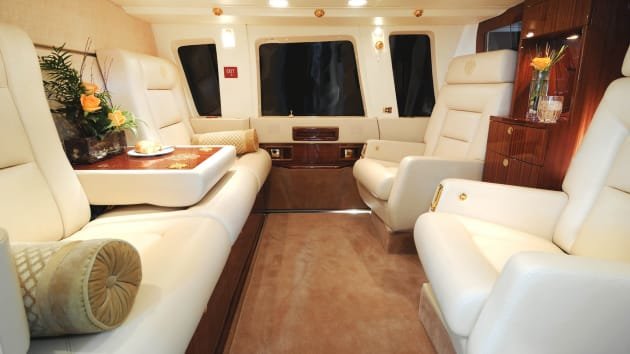 I can't find any photos of the interior of Bryant's helicopter after he purchased it, but he presumably modified it. He definitely modified the exterior; directly below is a photo of the helicopter under a previous owner, followed by the 'copter painted with Bryant's Black Mamba motif and with sponsor Nike's swoosh: 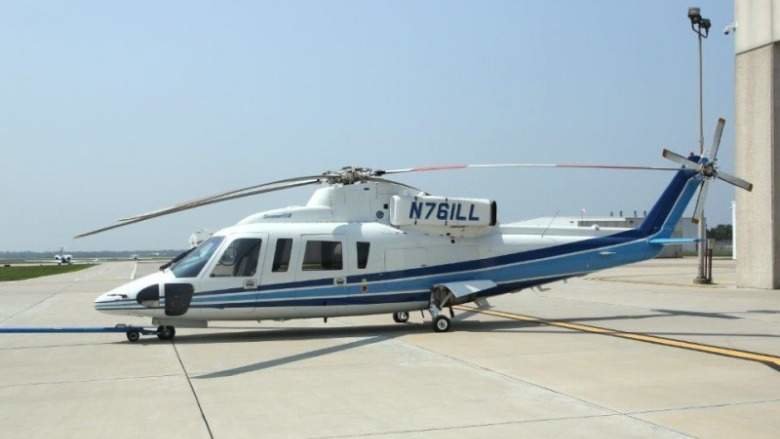 The S-76B Bryant purchased, in its original livery 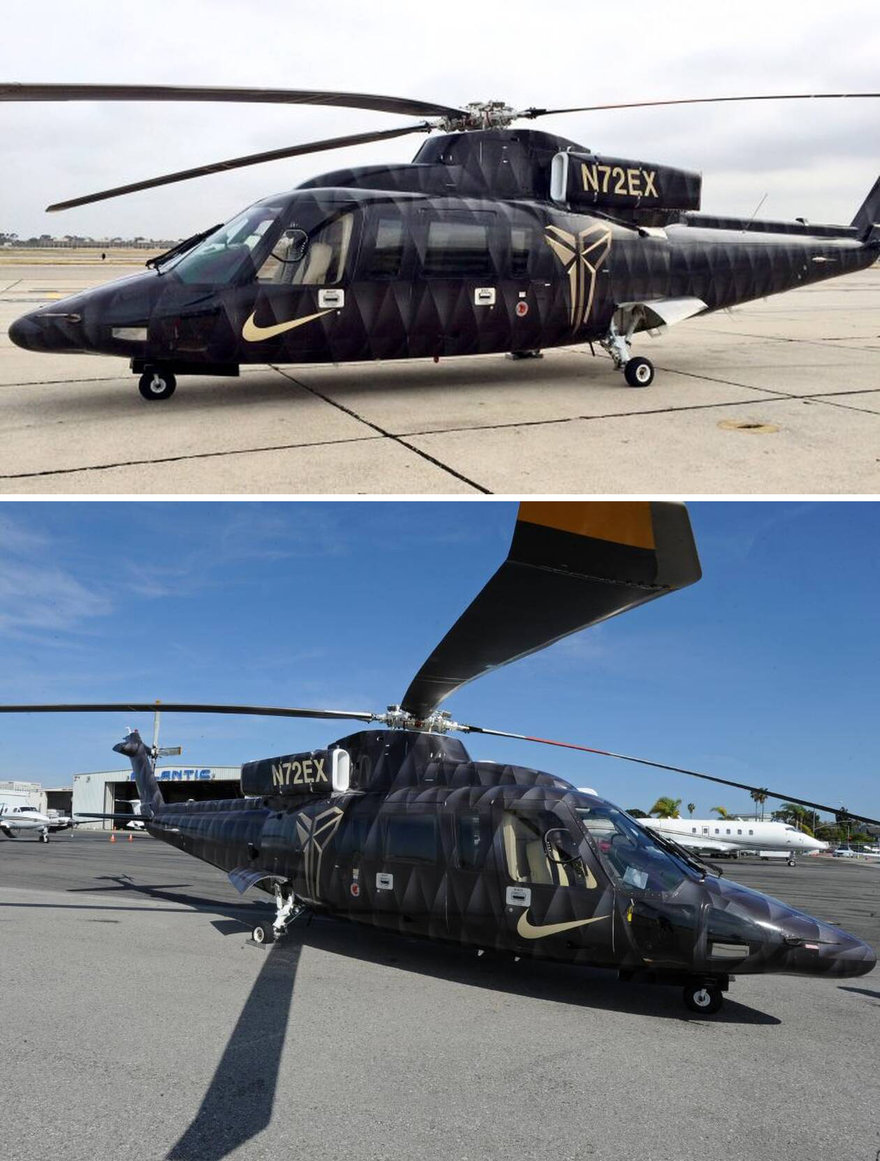 This seller of a Sikorsky S76B lists occupancy as 2 crew, 6 passengers. The two captain's chairs in the back can be replaced with the same three-person bench that's on the other side of the cabin. 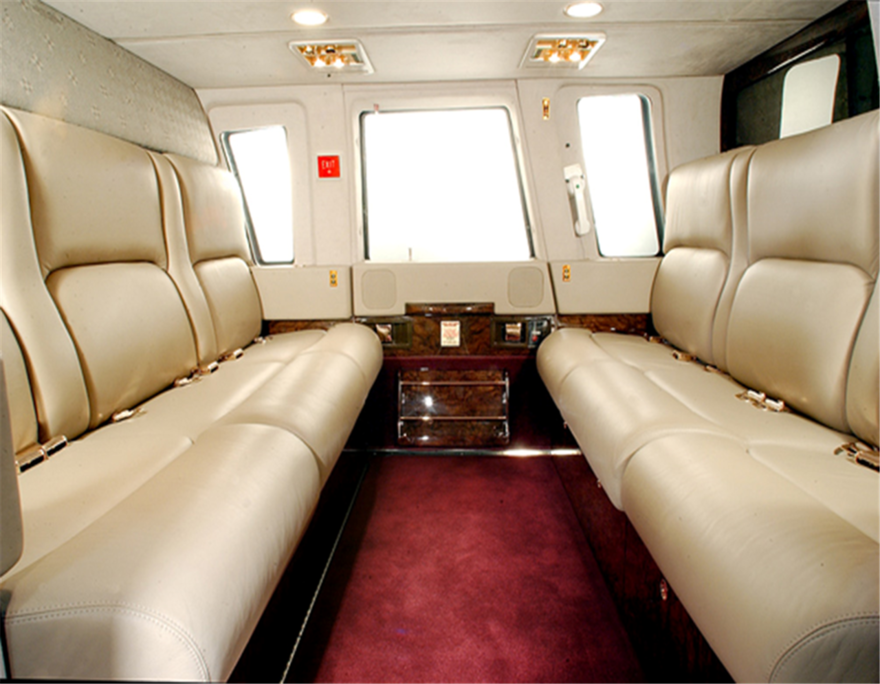 Horrifically, two of the people that died in yesterday's crash were children, so I suppose it's possible that there were five adults alongside them in the passenger cabin, and an additional passenger in the co-pilot's seat (there was only one pilot aboard).

It's awful to think about.

R.I.P. Kobe Bryant, one of the greatest athletes the world has ever seen. 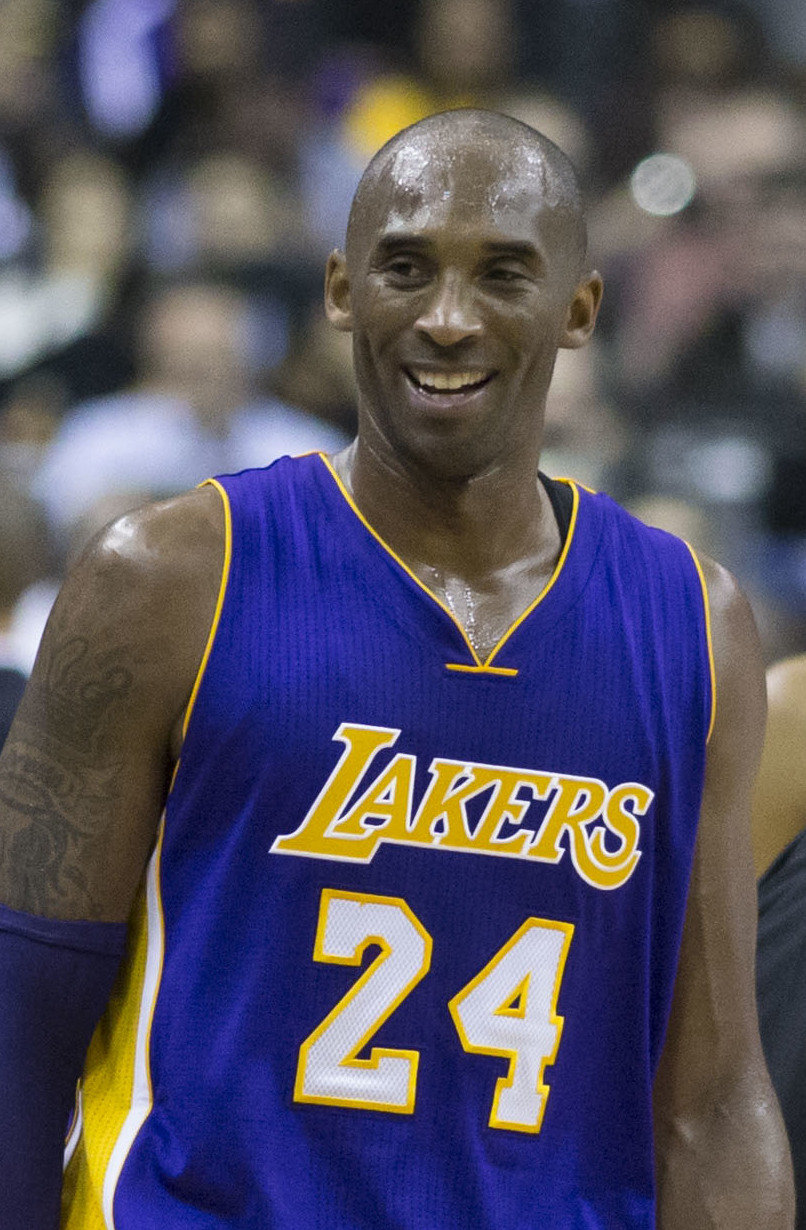