How to Get Paid for Design Work

Honesty, Discipline and a Spreadsheet Can Help Keep You Fed

The hardest thing about being a freelance designer, writer and builder isn't finding work. It is not juggling multiple projects. It's not taxes or paperwork, either. Nope, the hardest thing is getting paid.

I've done freelance work for the last 25 years and have been on my own full time for 10 years. During that time I've made every blunder possible when it comes to freelancing, and I've lost thousands of dollars to mistakes that could have been avoided. Here is how I keep myself fed and sane.

The 'Screw You' Fund

As I've mentioned before, I live without debt (yes, even my house is paid off). Not everyone can do this, but everyone can work toward it. If you want to work for yourself, eliminating consumer debt is my first recommendation. My second recommendation is to establish a "screw you" fund.

This is a pile of money that you keep in a savings account that allows you to ride the waves of feast and famine that are inherent to freelancing. I call it the "screw you" fund because it allows me to say "no thanks" to miserable jobs and focus instead on finding interesting work.

How much should you keep in there? As much as you can manage, of course. When I left the corporate world, I decided that it should be enough money to pay my utilities and expenses for six months. Right now, my screw-you fund is about $30,000. Because I don't have debt and live in the inexpensive Midwest, I could probably stretch that money for almost a year.

More than anything, that fund helps me sleep at night.

Be Frank About Funding

You might be a little shocked that I just told you how much money I have in a bank account. And that is part of the problem. Most of us are shy about talking about money in pointed terms, and that is a big obstacle to getting paid by a supplier. When I was getting started, I was so grateful for the freelance work that I didn't ask the important questions about money.

Asking tough money questions is good for both you and the supplier. If everyone knows the ground rules up front, the relationship is likely to last much longer. That's because both the freelancer and supplier will know when something is wrong. And they'll know how to fix it.

You can have this conversation without sounding like a jerk. 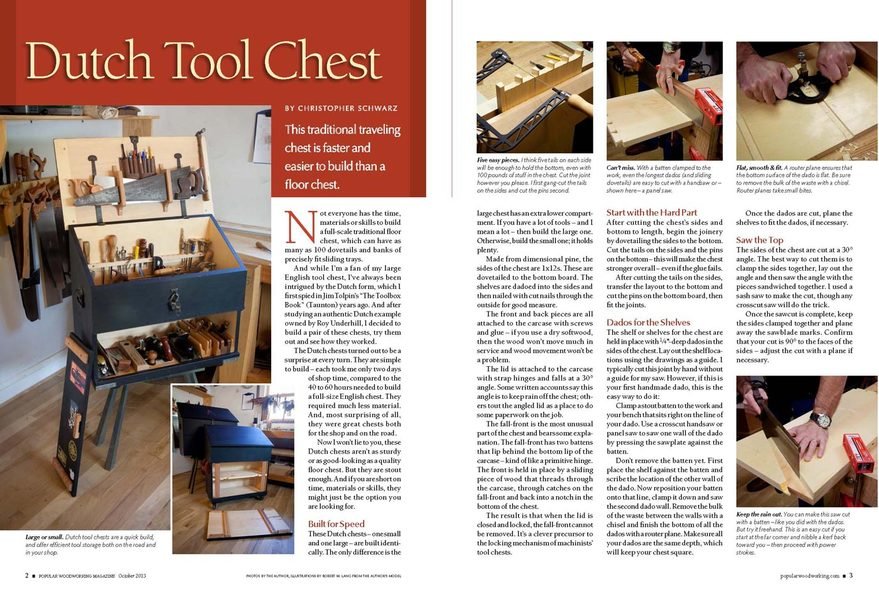 Designing this chest and writing this article for Popular Woodworking Magazine was "work for hire." It's one of my most successful commercial designs, but I don't own it.

When I enter into freelance agreement with a supplier, I begin the conversation by saying: I've had some rough relationships with suppliers in the past, and I'd like to make sure I understand how your organization works so that I can give you exactly what you need. Then I work through this list:

• Do you require an invoice to issue payment? What tax information does your organization require? You would think the answers to these questions would be obvious, but every organization is different. Some require almost no information to pay you. Others want a tissue sample from your rear end. Early in my career, there were many instances I didn't get paid because I hadn't jumped through some hoop. "We haven't processed your invoice because you haven't sent us a W-9." Or "We were waiting on your tax ID number to complete setting up your account."

• How long does it take you to issue payment after the job is complete? Do not be afraid to ask this question. If someone tells me they pay in 90 days, I'm going to rethink whether I want this job. If they pay within seven days, I might be willing to work for a lower price. In either case, the answer to this question is critical because it tells you exactly when you should start complaining.

• Finally, I ask who I should talk to in the organization with accounting and billing questions. The person who is assigning you work might not deal with the bills. So if you complain to that person, you might be making work for them to act as an intermediary between you and the accounting department. Find out who the billing contact is so you can establish a relationship with that person, too.

When I begin working with a new supplier, I also start a spreadsheet to help me track each job I perform for them. It's not a complicated affair. Each line represents a particular job I'm doing for the supplier ("Design an Ottoman," for example). Then fill in the cells afterward to track the job from beginning to completion. When was it assigned? When was the job completed? When was it accepted? When was it invoiced? When was it paid?

I enter the date in each cell when I achieve that waypoint. The spreadsheet tells me at a glance where I am with every job I have going with a supplier. It also gives me important historical information. If a supplier is late paying me about 50 percent of the time, but I am delivering my work on time every time, then something is wrong.

A spreadsheet for a supplier. Here you can see that some jobs have contracts and some don't. But I can see at a glance exactly where I stood with them in 2012.

When something does go wrong, bring up the problem within a week of a deadline getting missed (it's always good to give the supplier some breathing room because sometimes the check really is in the mail). I send a short note saying they missed the payment deadline and request an update – short and simple.

This consistency will garner you a reputation with the supplier. They'll know you are tracking the payments and shouldn't be messed with. This also encourages them to stay on the ball so they aren't continually embarrassed by your emails pointing out that they aren't doing their job.

Next, be sure to keep track of your work in an accounting program such as Quickbooks. Not only will this make tax time easier (just send the Quickbooks information to the accountant or your spouse) but it allows you to see your work from 20,000 feet. At the end of the year, you'll see where your income is coming from, and you'll know who your most important suppliers are.

I track my freelance writing, design, building and teaching work. Last year, I was shocked by how much money I was making at teaching compared to freelance writing. After a little digging, I determined that teaching was far more profitable per hour than writing. That information is solid gold and guides me when I take on new jobs. I might want to do more teaching. Or ask for more money for my writing.

When I was in corporate publishing, I hired designers, builders and writers to work for me, so I've been on the other side of the freelancing fence. I think it's always best to assume that a supplier is insanely busy and doesn't want to hear from you unless absolutely necessary. In other words, don't email them with questions that you can figure out for yourself with a little work.

What does this have to do with getting paid? Easy. Freelancers who do a job without fussing, flailing or hand-holding get re-hired. And I was more willing to pay them more money to repeat that experience.

Most of all, however, don't ask the suppliers for favors when it comes to money. When I hired freelancers, I sometimes felt like a well-to-do uncle. They would ask for an advance that wasn't part of the contract. Or payment for future work that wasn't complete. And they would bring me tales of woe – "I have only $100 in the bank" or "I'm not going to be able to make my car payment."

These sorts of shenanigans are shockingly common. Don't do it. You'll get a reputation as a difficult freelancer. Plus you are asking the supplier to violate the rules of your agreement. They'll have to jump through hoops for you to get you an early payment. And they will probably drop you as a freelancer at the first opportunity. 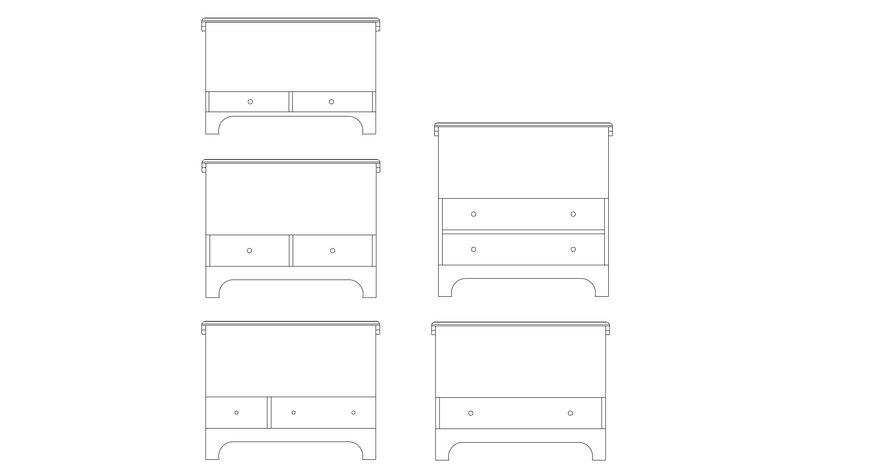 Do Ask for a Raise

Most freelancers are afraid to ask for more money. I know one writer who worked for the same page rate ($300/page) for a magazine for almost 10 years. Would you work for a company for 10 years without getting a raise? I wouldn't.

After a year or two of steady work with a supplier, it's OK to ask for a raise. Before you ask for a raise, look at your spreadsheet and make sure you have held up your end of the work agreements. And use that as a lever. "During the last year, I've completed 11 major projects for your company and delivered every one of them on time or ahead of schedule. I'd like to discuss increasing my fee in the coming year."

Bottom line: If you don't ask for a raise, you are unlikely to get one. Suppliers generally don't volunteer to pay you more (though it has happened).

And Do Ask for Feedback

I always ask my suppliers for feedback on my work – I never assume that silence means approval. I'm not looking for praise or validation. Instead, I'm trying to make sure that I held up my end of the agreement and that they are satisfied with the quality. Even the smallest note could be a sign of a bigger problem. So listen hard.

What does this have to do with getting paid? Easy. Conversations about the quality of the work almost always lead to discussion about more work (and therefore more money).

When the Check Arrives

At the end of the job when the check arrives, it's a good idea to do two things: First thing: Send the supplier a short note that thanks them for the business and indicates you received the money. Once again, this shows that you are closely tracking everything and that you are acknowledging that they held up their end of the bargain.

Second thing to do: Put half of the money from that check in your "screw you" fund. If you're a freelancer, you're gonna need it.

How to Get Paid for Design Work