So Here's What the Surface of the Sun Looks Like

It's childish, but one of my favorite Ali G. moments was when he asked Buzz Aldrin "What was it like to be the second man to walk on the sun?"

Well, now we actually know what the sun's surface looks like. The National Science Foundation pointed their ginormous Daniel K. Inouye Solar Telescope, the largest solar telescope in the world, directly at the sun to capture images of an area 36.5 kilometers across:

Sure, the bubbling plasma surface looks like little more than a screensaver, but according to Science News, researchers are hoping the telescope will help them solve two mysteries:

[1] Why the corona, the sun's outer atmosphere, is millions of degrees hotter than the surface, and [2] what drives space weather that occasionally interferes with technology on Earth. 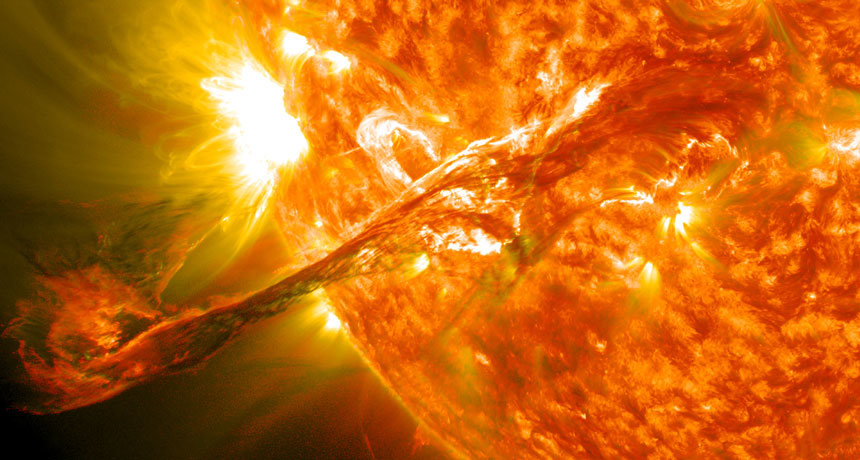 That latter bit refers to coronal mass ejections, which have the capability to fry satellites in space, disrupt electrical transmission lines on earth, and magnetically wipe out the entire Ali G. archive.

So Here's What the Surface of the Sun Looks Like