…and apparently they were designed due to colonialism

We all know Vikings had beards and moustaches, and if we look at the tankards they drank from (often made of horn, see below) we can see no provision to protect their facial hair from getting soggy. Unsurprising, as the Vikings were known more for their nautical brilliance than their hygiene. 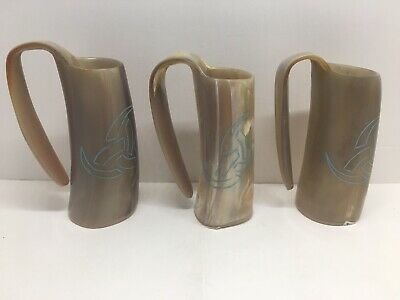 The British, however, are not the Vikings.

When the British colonized India in the 19th Century, they were clean-shaven, whereas Indians typically sported moustaches, according to Atlas Obscura. And "accounts claim they [the British] struggled to maintain authority among their well-plumed Indian troops." Thus starting in 1860, British Army regulations dictated that soldiers sport moustaches, apparently because it made them look manly and authoritative. 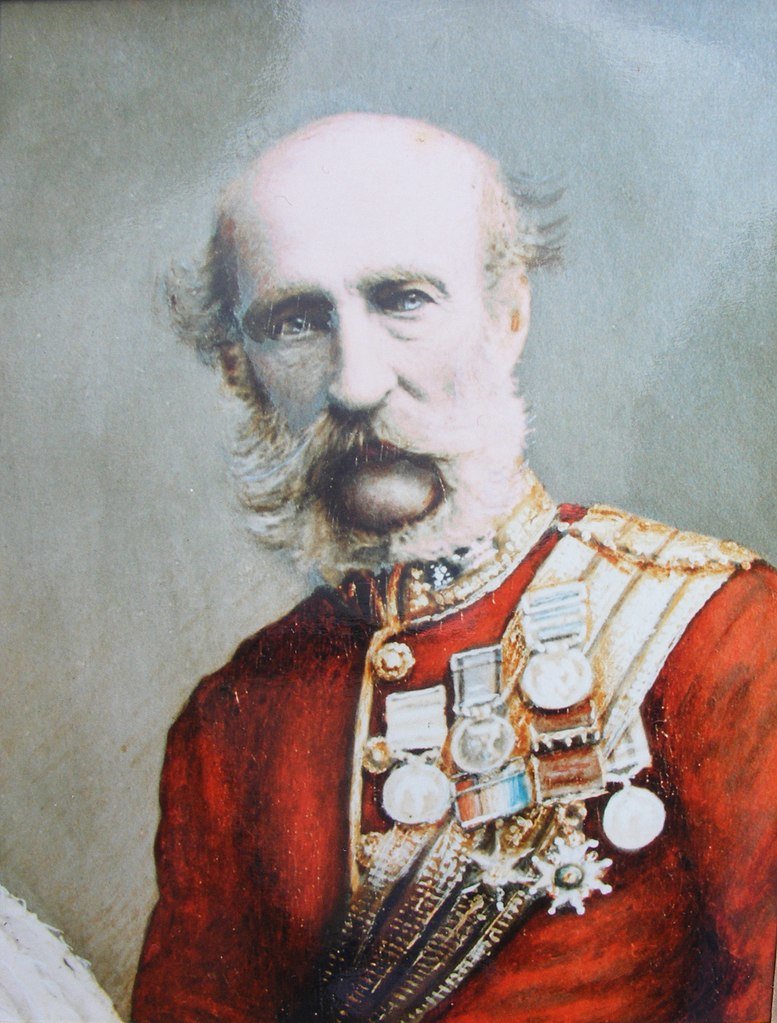 Moustaches had to be waxed to kept neat. Combined with the British penchant for drinking tea, this had disastrous results, with the wax melting when it came into contact with hot tea. And who wants a soggy, unwaxed moustache when you're trying to subjugate an entire peoples?

British potter Harvey Adams to the rescue. As a response to the soggy facial hair crisis, Adams is credited with inventing a drinking mug with a kind of Bat-a-rang-shaped shelf inside--a moustache guard. Like the plastic coffee lids that would emerge in the following century, the liquid was sipped through an aperture. 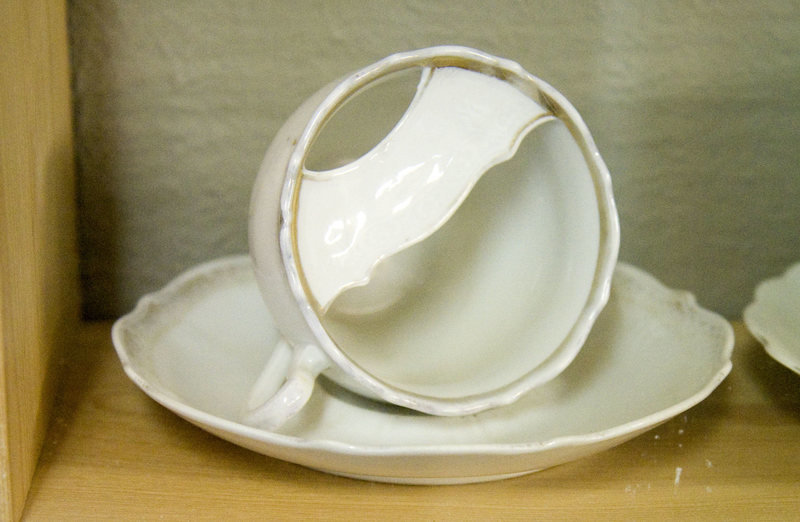 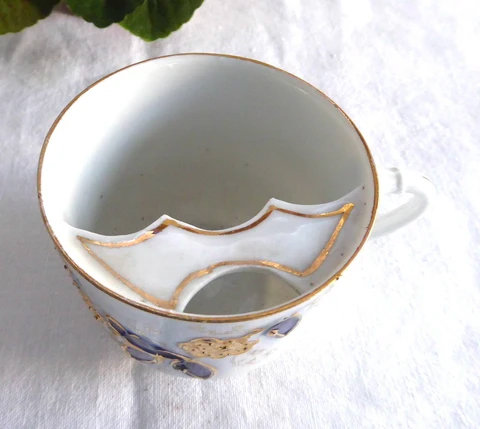 As moustaches became popular across Europe and eventually America, so too did moustache cups. 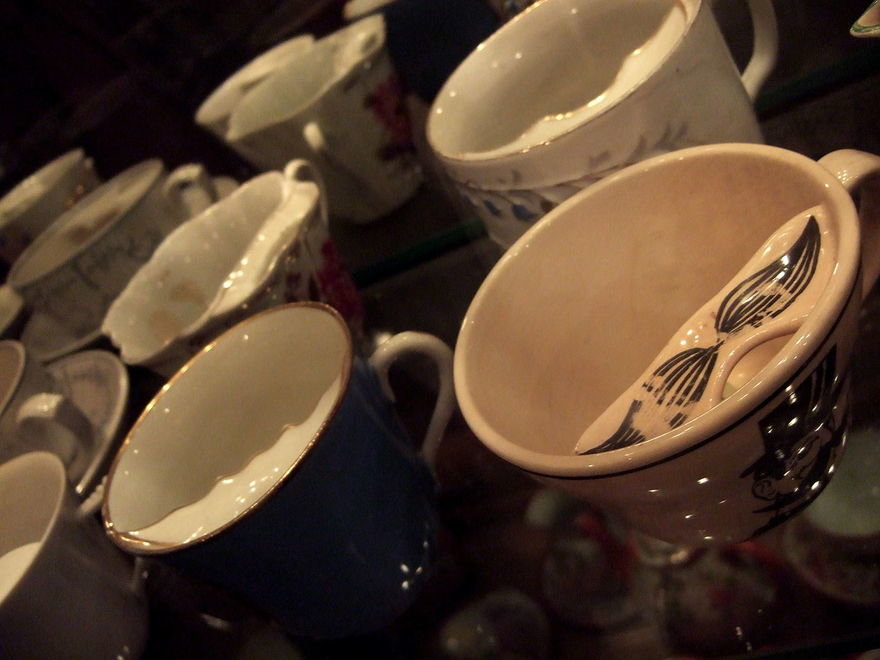 But all fads fade, and by the 1930s, men were more likely to own safety razors than moustache cups.