"Most people get their perceptions about how spacesuits should look and function from movies and TV. They see Buzz Lightyear, Star Wars, Star Trek and the list goes—and think that spacesuits are sleek, fashionable and equipped with super cool gadgets," spacesuit engineer Lindsay Aitchison explains. "The truth is that while spacesuits can be all of those things, making the suits functional and getting all of the necessary systems to work together is really complicated. A spacesuit is an individual spacecraft that must meet all of the same requirements as the International Space Station but in a miniaturized and human-shaped packaged." 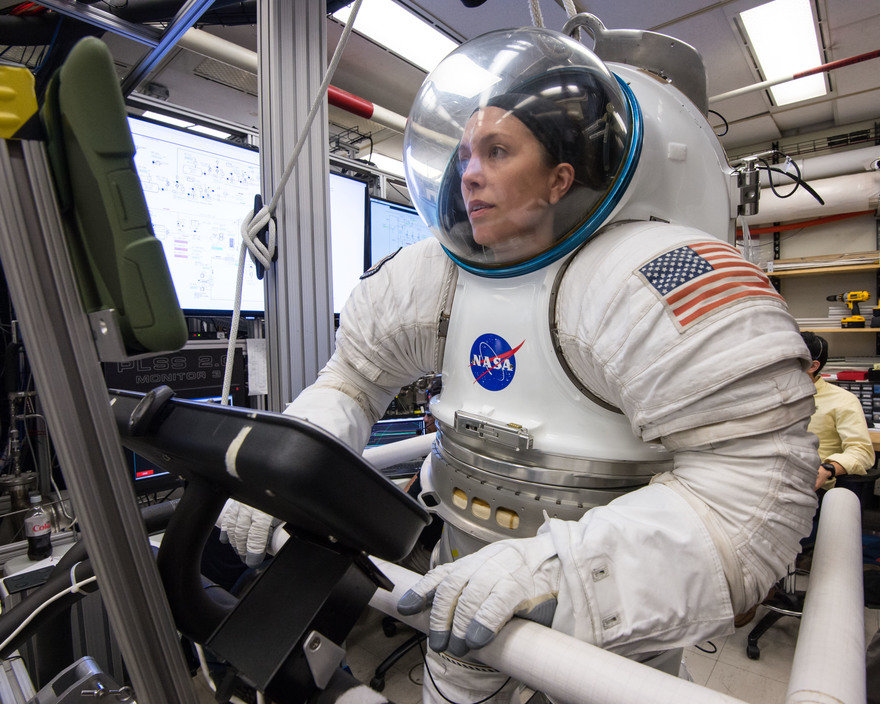 Arriving at a spacesuit design is a precise process that has to take into account everything an astronaut may encounter on a mission. Ill-fitting suits can pose significant safety risks, which is an even bigger problem for female astronauts who typically have to make do with adjusted versions of old suits that were designed before NASA even had any women astronauts. Aitchison is currently working on fixing that long-standing gender bias by creating new suits designed specifically for women. They'll make their debut during NASA's upcoming 2024 Artemis mission, which will send the first woman to the moon.

Spacesuit malfunctions have a track record of holding women astronauts back, as Condé Nast Traveler recently reported. In March 2019, Anne McClain and Christina Koch were about to perform the first all-female 'spacewalk' outside the International Space Station to but when only one suit was the right size, a male colleague ended up stepping in for McClain.

"For us, one of the biggest learning curves has been to start thinking of women as not just smaller men, [but] a different shape," Aitchison says. "In some cases, women are actually predominantly larger than men, depending on what part of the body you're looking at," she says. The suit designs Aitchison's team are developing feature an adjustable upper torso and smaller control modules to allow better mobility for women, who have a shorter reach. They also take into account different metabolic rates and temperature preferences between men and women and will have cooling tubes "concentrated in areas of the body that give off the most heat."

The tweaks will ultimately lead female astronauts to perform their duties with greater ease and hopefully lead to even more assignments. For more insight into the design process, watch Aitchison discuss the challenges below: