Here's a great example of a designer spotting an untapped opportunity hidden inside of an obvious trend.

The obvious trend is farm-to-table restaurants, which have exploded in popularity. While such things wouldn't succeed in the rural community my wife and I live in--we and our neighbors routinely eat things that were once walking around on our own properties--urbanites and suburbanites are increasingly interested in knowing where their food came from, and seeking the "dining experience" that farm-to-table joints offer.

The designer in question is Greg Moore, whose specialty is ceramics. He laid out the opportunity he spotted in a cold call to Dan Barber, the chef and founder of the Blue Hill at Stone Barns restaurant in upstate New York. Barber recounted to the Times what Moore said on the call:

"If you're thinking about food and the way it's grown and raised and everything that goes into the creation of a plate, why are you not thinking about the plate itself?"

Together the two came up with a way for farm-to-table to encompass not just the food, but the tableware as well. After Barber's pasture-raised cows are slaughtered and butchered, the bones are boiled, then shipped to Moore in Pennsylvania. Moore developed his own "recipe" for producing bone china: He fires the bones in a kiln, converting them into calcium phosphate. The resultant ash is then mixed with water, kaolin (a type of clay used in the manufacture of porcelain) and Cornish stone. Moore then molds the mixture into impossibly thin shapes--dishes, bowls and cups--and fires them, yielding these: 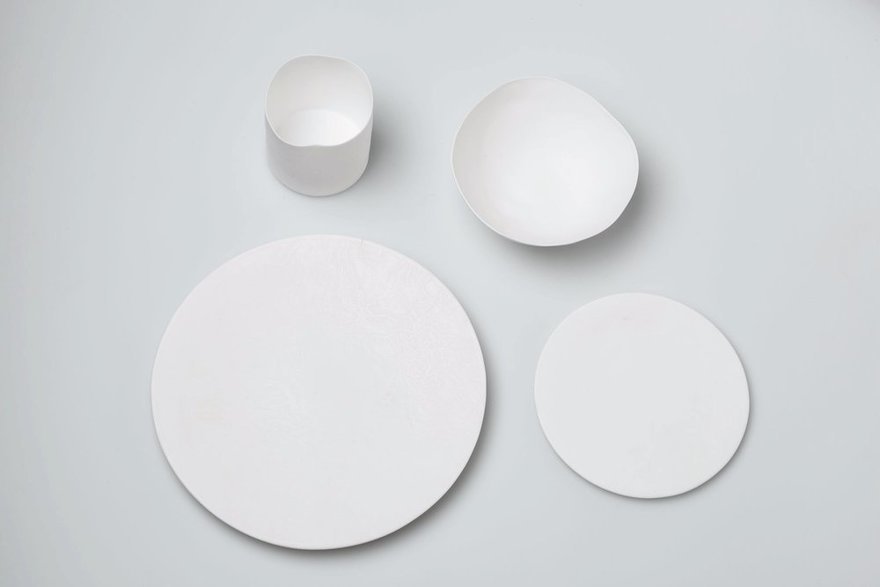 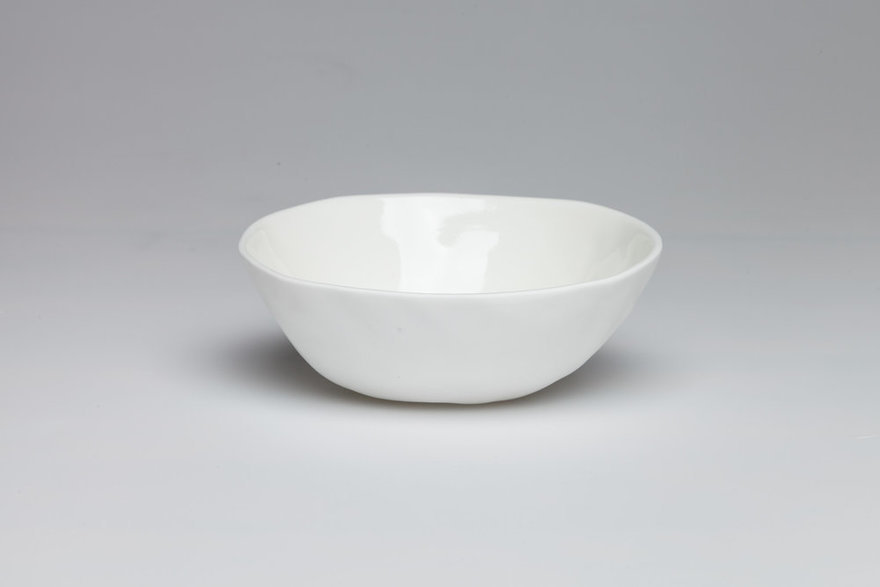 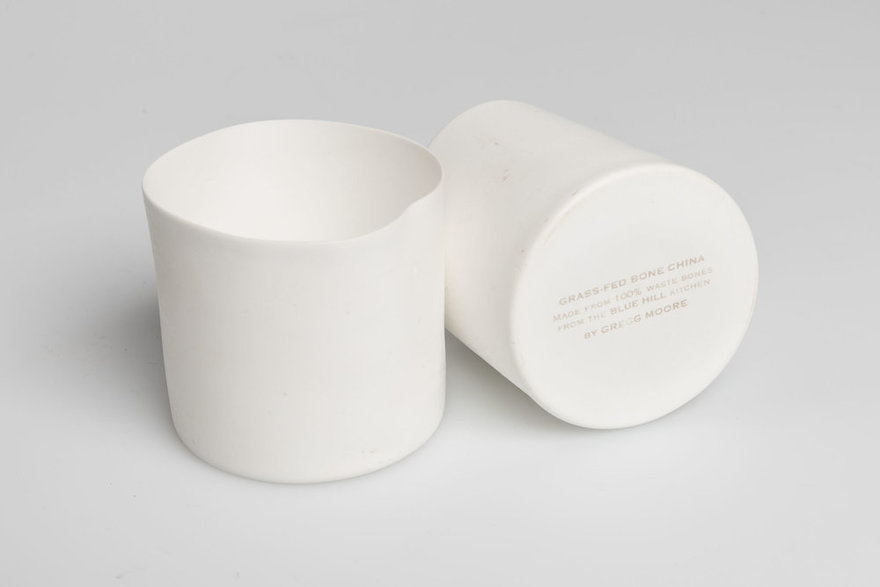 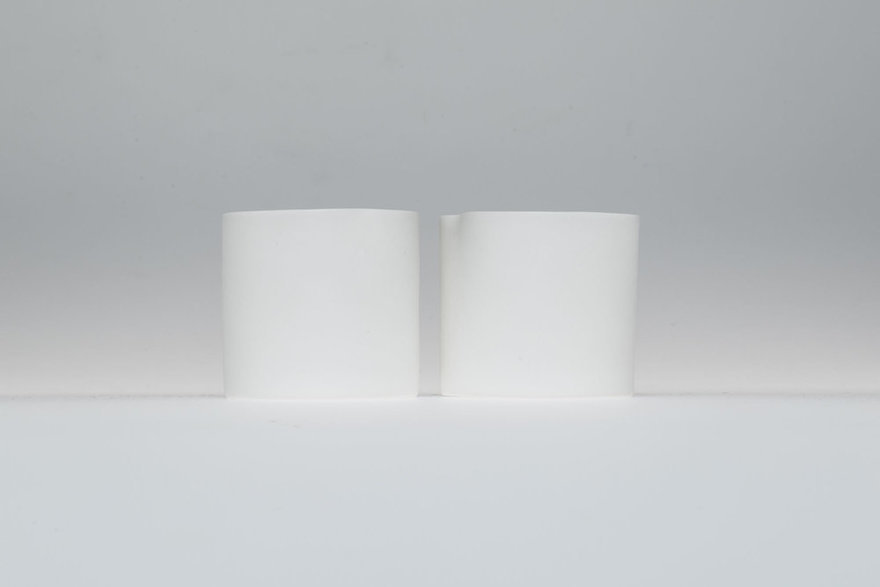 There's an interesting bit in here that your doctor would recognize, and it's about the importance of exercise. Barber's cows are grass-fed and free range. Because they graze on grass rather than eating out of a bucket in a pen, they must wander around the pasture to get enough to eat. This means that their bones develop greater density and strength--and these attributes remain even when the bones are converted to ash. Moore is able to produce gossamer-thin pieces that would be impossible if the cows were confined in the factory-farm fashion. 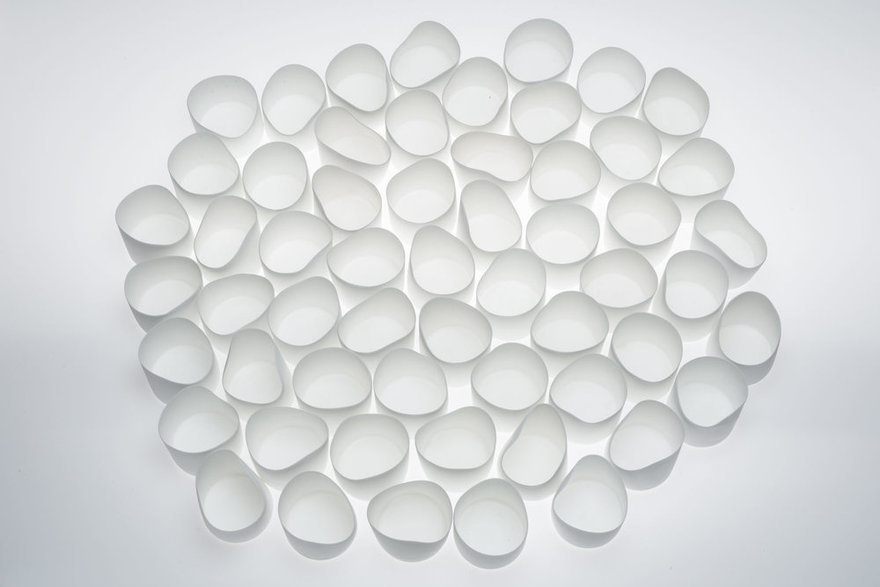 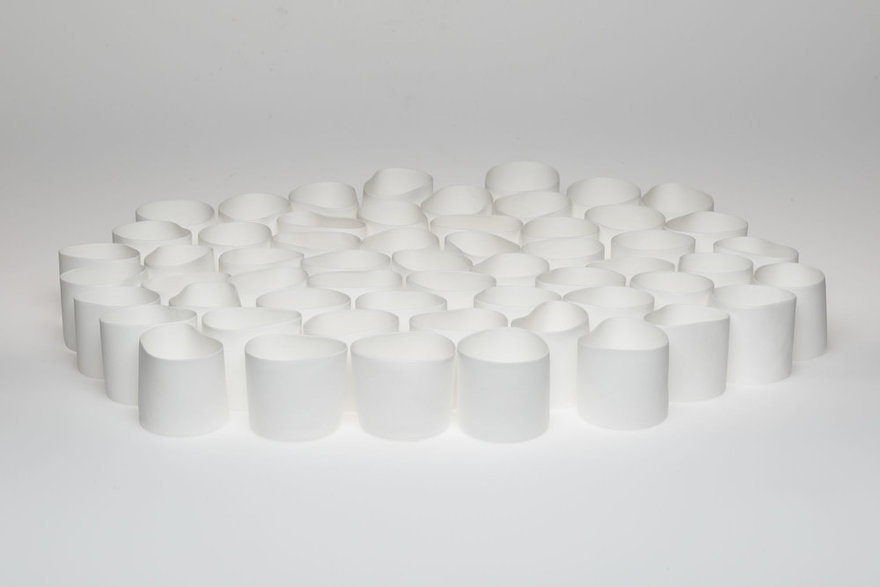 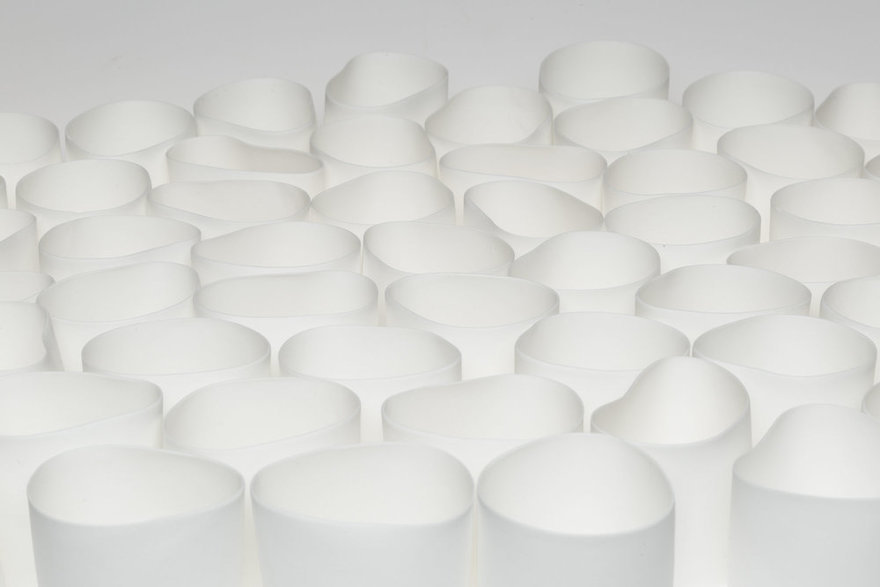 The thinness of the material, combined with the manufacturing process, yields an unexpected but welcome quality: Cups made of the stuff tend to wilt under the intense heat of the kiln, gently warping their rims in gentle, organic shapes. (The flatter plates and bowls generally come out in consistent shapes.) 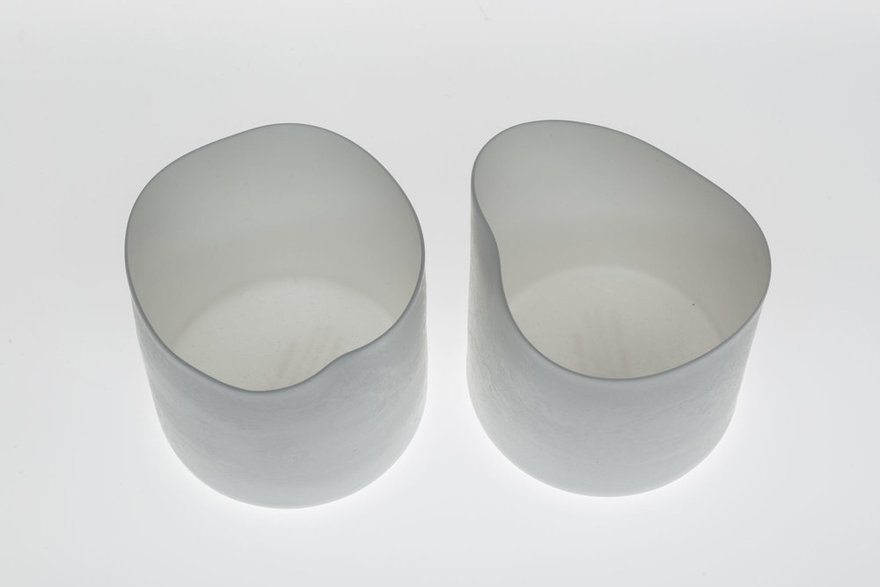 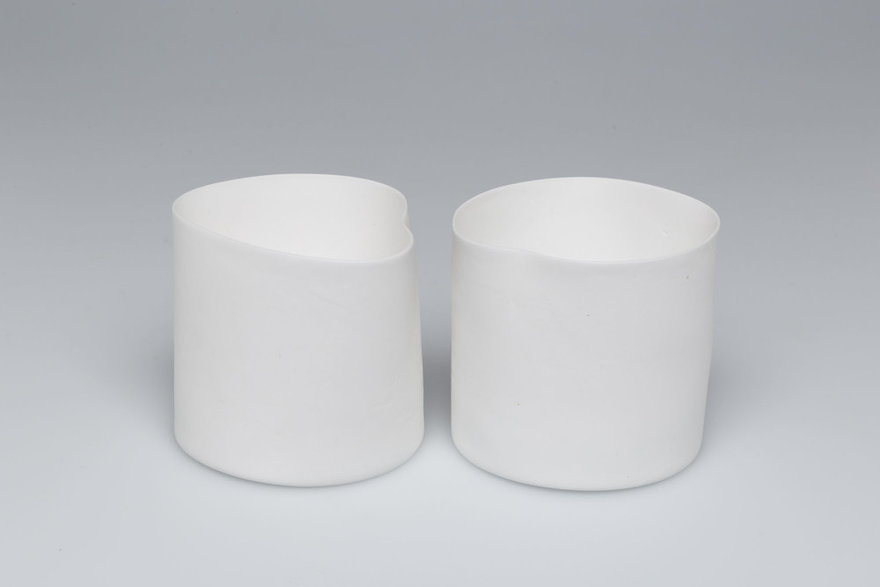 When it became the restaurant's default table setting earlier this year, guests couldn't keep their hands off it. "Everyone immediately grabs the plate and touches it, looks at it, turns it around," says Philippe Gouze, the restaurant's director of operations. "It's an instant attraction."

And Moore found a great way to produce and profit from an ethically-sourced product that is in line with both he and his client's philosophies. "What differentiates bone china from all other ceramic materials is that it's made out of an element that was once living," he says. "So it has the ability to express, if we look carefully enough, the quality of life of that living entity."