A design response to evolving urban planning and transportation preferences. 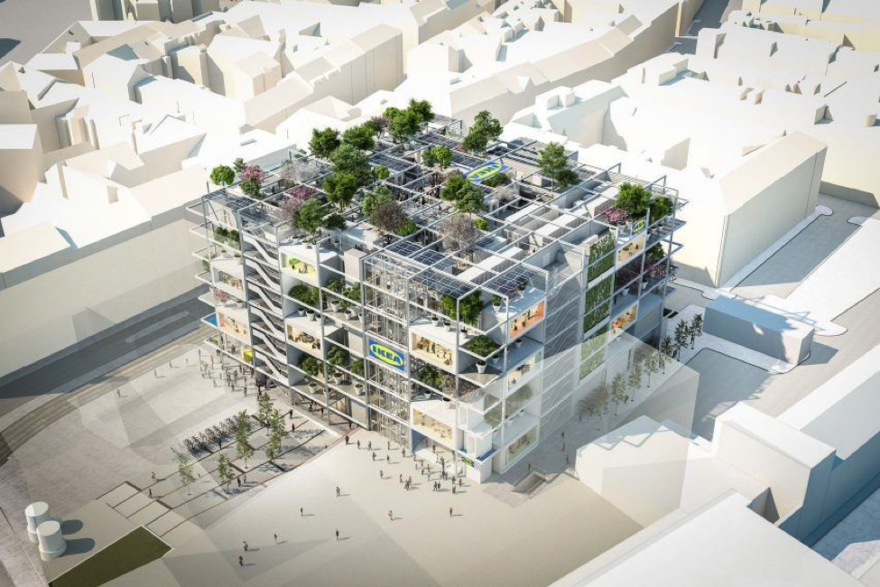 It is difficult to imagine an IKEA designed to be accessed by foot. If you live in the US, your image of an IKEA may be like my Midwestern expectations of the furniture superstore: a massive, cubic building, set in the middle of a even larger parking lot, somewhere off of the highway, probably a 30-45 minute drive from the nearest big city. In Europe, however, things are a bit different and for the Austrian capital Vienna, most people living in the center city don't own a car. Which is why IKEA will be opening a new, "car-free" location there.

In response to Vienna's transition away from automobile transit, the incoming IKEA store will acknowledge this mobility shift by excluding car access from the new sustainably-focused store design. IKEA's incredible growth, and determination to expand its industrial operations is antithetical to anything that even vaguely resembles an ecologic business model. But the design for the Swedish giant's new store will serve as yet another public demonstration of their "sustainability strategy". The building does everything in its power to advertise that the company is committed to creating a better climate future. More than that however, the new store appears to be a strategic response to the changes of the city's mobility behavior.

Among Vienna's most recent efforts to reform urban mobility, the city has offered free concert and museum tickets for city dwellers who walk, bike, or use public transportation instead of driving. The long overdue efforts to remove cars from city centers is a growing trend in Europe, and around the world (a trend the US hopefully follows). As over two thirds of Viennese residents in the center city don't have a car, excluding car access is merely a reflection of the expectations of their customers. Even if they had elected to include parking, with IKEA's shipping infrastructure, delivering furniture too big to carry is likely the easiest way for the Viennese shopper to get products from the store into their home. 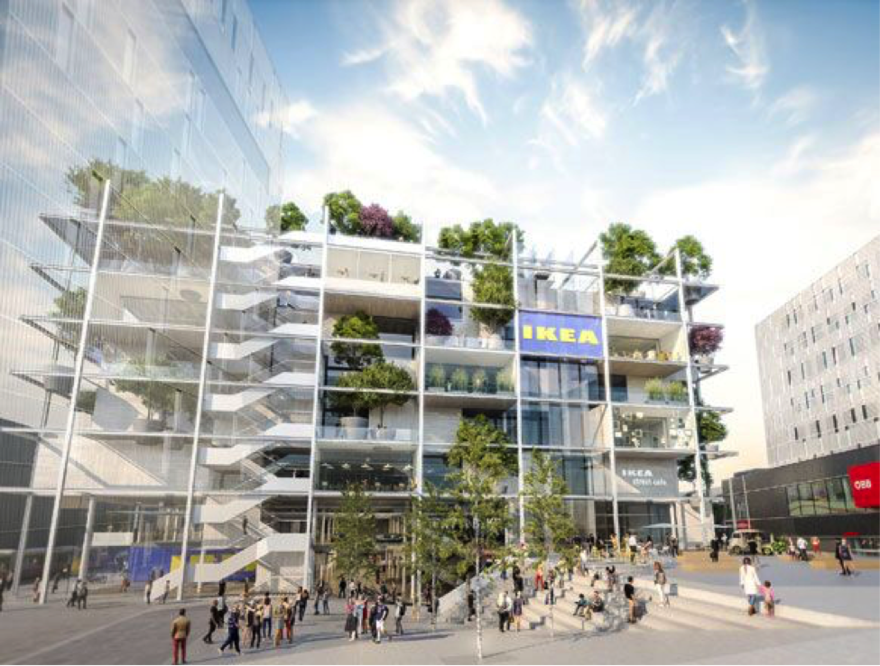 That said, the building is, without a doubt, a statement. The designers of this leafy shopping center, Viennese architecture firm Querkraft Architekten, have implemented a number of features into the building that aim to offer visitors a more fulfilled personal experience beyond, and without compromising, what they might expect from a typical visit to IKEA. A highly accessible space, featuring terraces and open sections, as well as a central space open from the ground to the rooftop garden. Vegetation, that will include over 100 trees, will help cool the microclimate of the vicinity, acting as natural air conditioning. The building will, for some reason, also be home to a hostel with 345 beds on the top two floors, along with an open garden and restaurant.

"IKEA Vienna Westbahnhof together with an innovative, exciting hospitality concept and rooftop shall become a true experience," says the company, as reported by Dezeen. Indeed the design appears to be very inviting to the public, with its open plan and forest of vegetation, and likely will offer a novel customer experience. Yet, as far as ecologically equity goes, the effort is pretty much on par with demolishing the UK's most sustainable supermarket in order to make their most sustainable store. Such is the paradox of trying to make one of the largest corporations on the Earth appear sustainable (unless they're trying to sustain IKEA, rather than trying to sustain, say, a habitable planet). 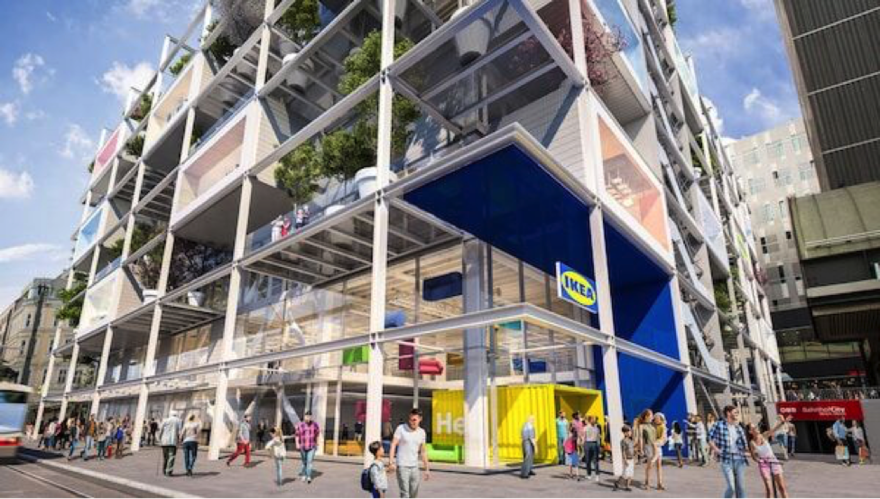 In 2018, the company was responsible for 0.1 percent of all global greenhouse emissions from sourcing material for products and the use of those products in homes (a feat that I'm sure no other Swedish furniture store has ever dreamed of matching). To deal with this massive footprint, the company has committed to becoming a circular company by 2030. While this new IKEA, overflowing with greenery, appears to be another demonstration of their commitment to a more sustainable future for the company, it is tepid compensation for the ecological fallout of its present and past.

Really, to call this IKEA "car-free," isn't totally accurate. If a customer opts to have their furniture delivered, it will be delivered by a car. Querkraft Architekten designed this new store to address the "radically changed customer and mobility behaviours". So instead of a monument to IKEA's sustainability, the design of this building is better regarded a testament to Vienna, and the people living there that are trying to dissolve dependency and high-emission, personal vehicles.