The design will require a massive re-think

Just yesterday we were musing about how passengers would sit in a flying wing airplane. Today Airbus revealed their take on the concept, a "blended wing" aircraft that's sort of shaped like an apple turnover. 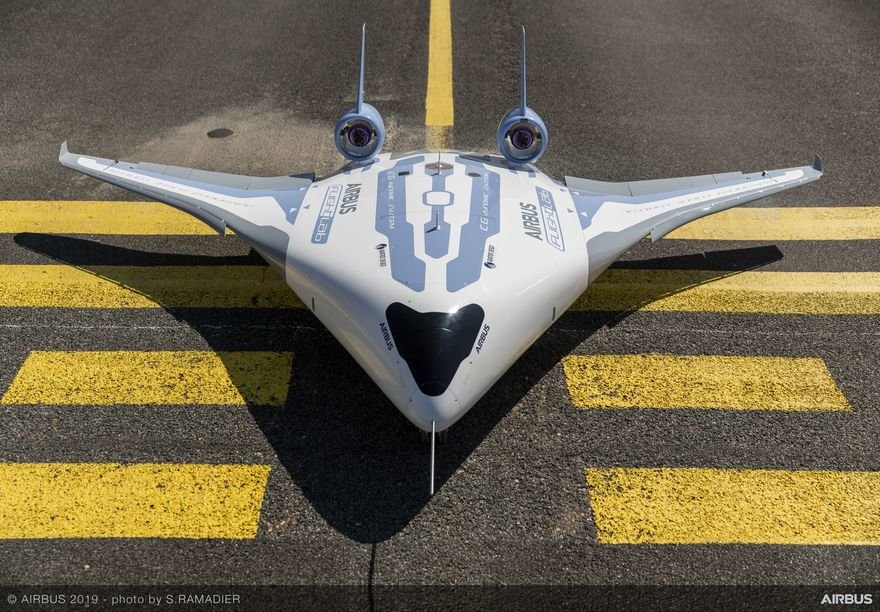 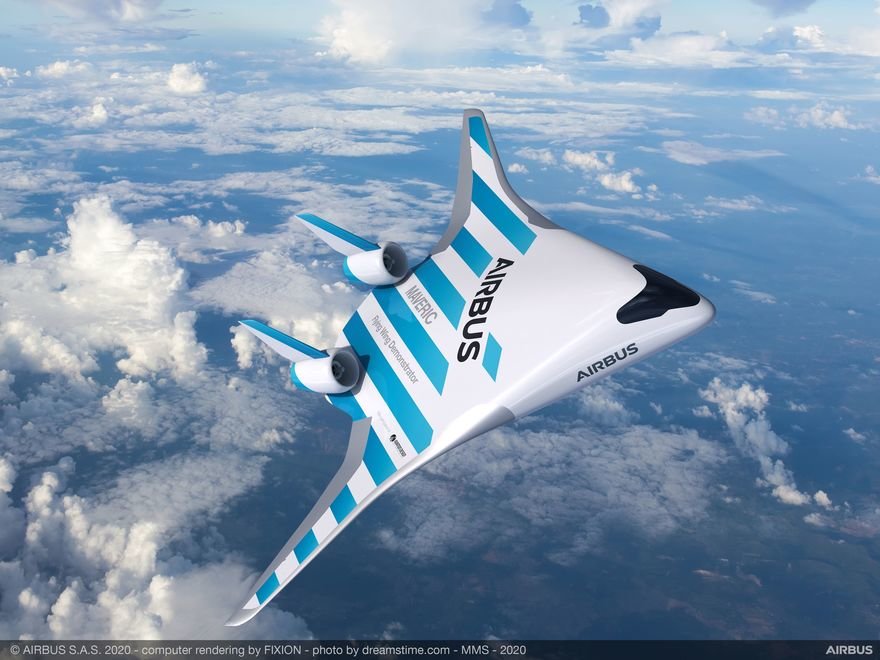 As with KLM's concept, Airbus' MAVERIC ("Model Aircraft for Validation and Experimentation of Robust Innovative Controls") is going to require a massive re-think of the passenger experience. As Reuters reports:

"Airbus is now studying how the cabin would work and how the aircraft would be integrated into airports. One unresolved question is whether such a plane would have windows or use video screens to give passengers a sense of their surroundings." 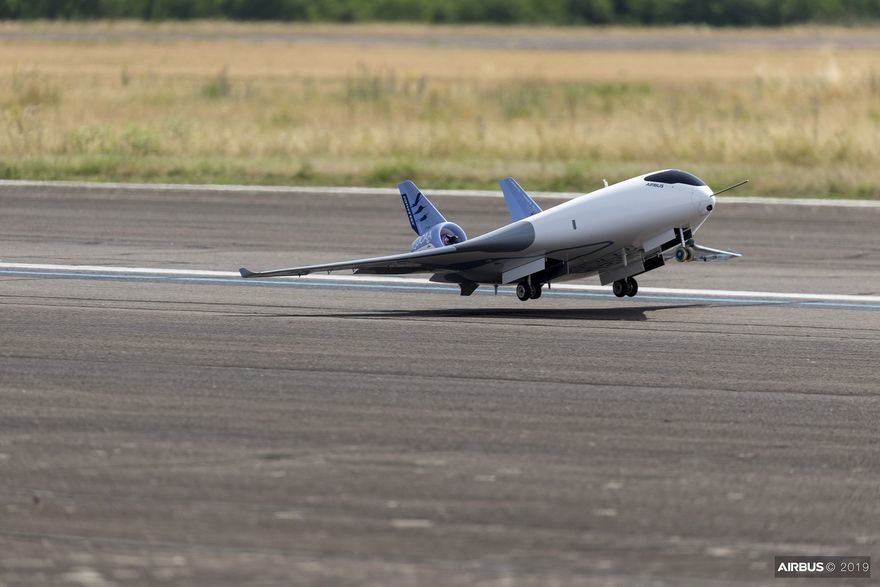 "Another issue that has dogged such experiments in the past is how to handle sensations of movement. Because passengers would be sitting further out from the center of the aircraft, compared to the classic 'tube and wings' model, they would move further when the aircraft turns." 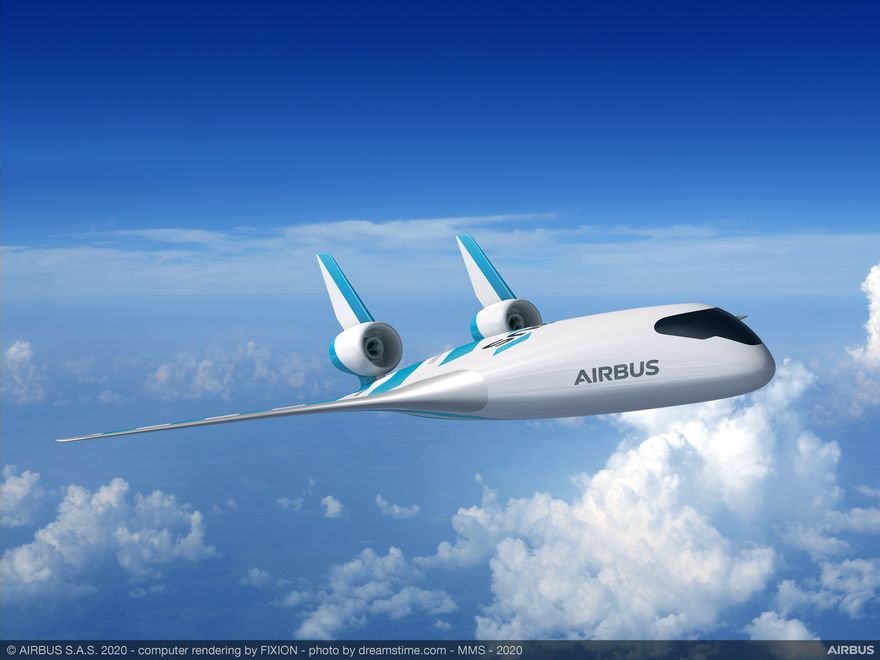 Although Airbus has released three renderings of the interior, it's not exactly clear how these rows would be integrated into the delta shape of the aircraft. It appears that the space is generally rectangular rather than following the outside form of the craft: 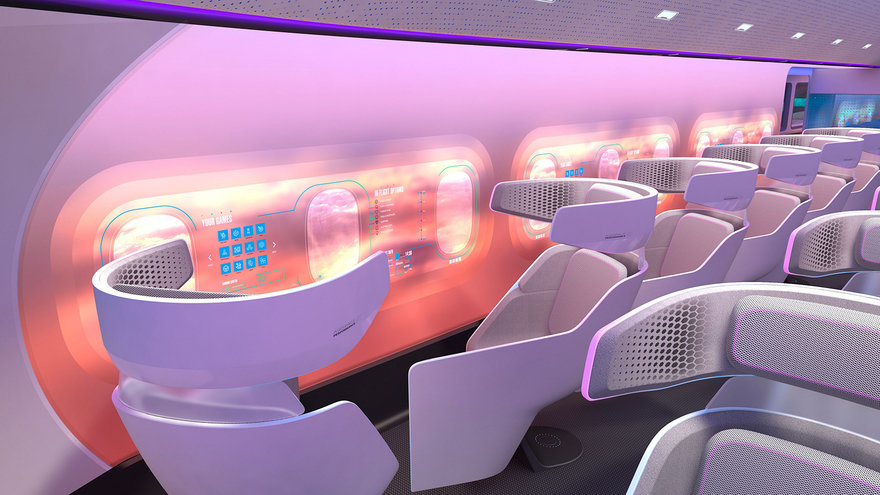 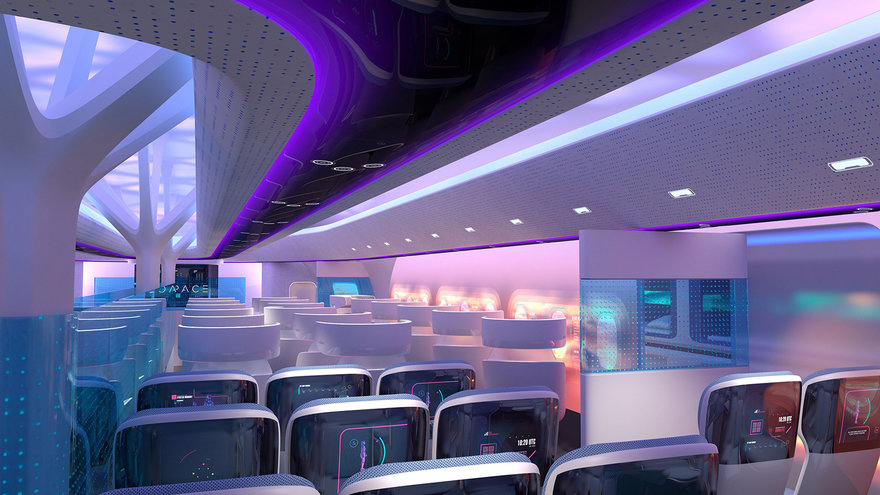 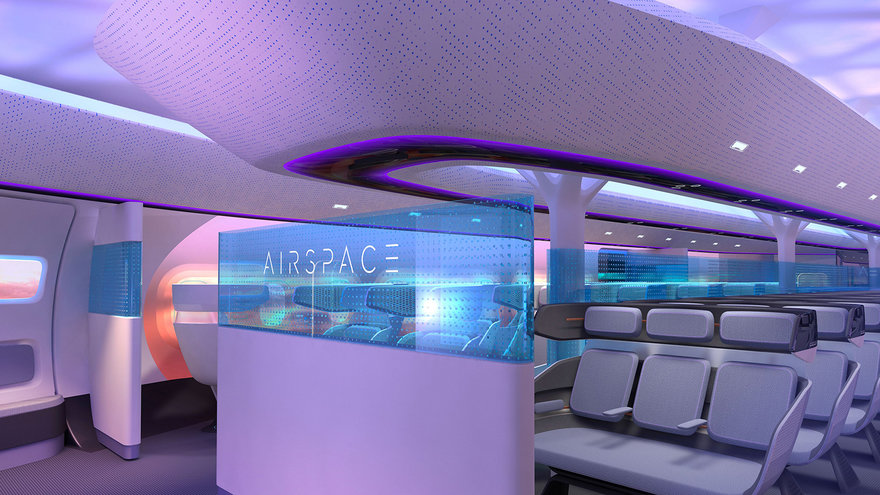 As it turns out, the question of how to design an interior layout for a delta-shaped airplane was addressed, if not solved, in the 1940s and '50s: 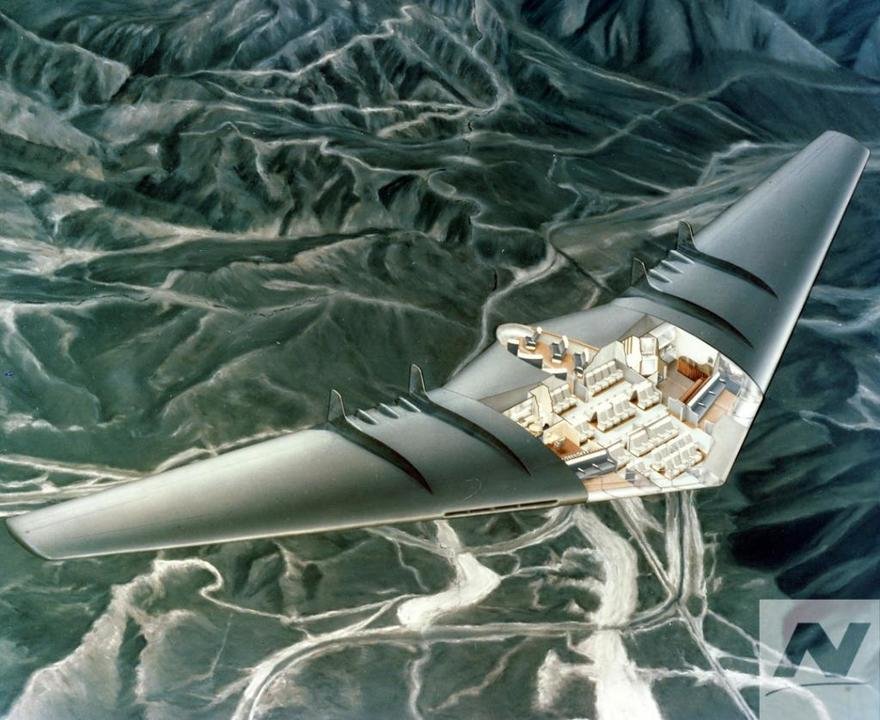 "Mockup of luxurious 80-passenger cabin in the Northrop 6 jet flying wing 'airliner of the future' from a 1948 Popular Science promo film. It was a proposed civilian use of the YB-49 which was headed for cancellation." (Source) 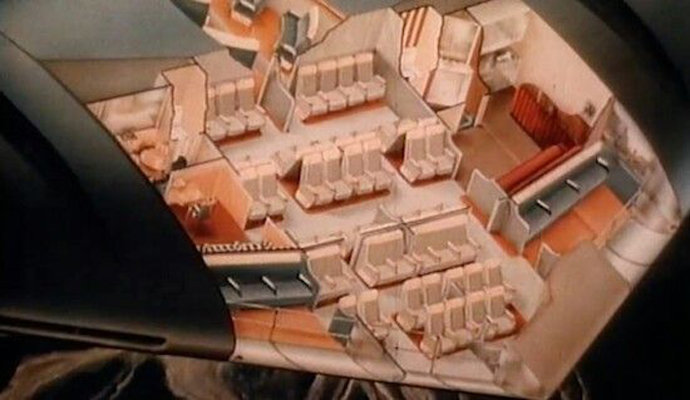 "A cutaway illustration shows the interior of a proposed flying wing commercial airliner developed by Northrop in 1951 from the commercial passenger variant of the YB-49/YB-35 flying wings." (Source) 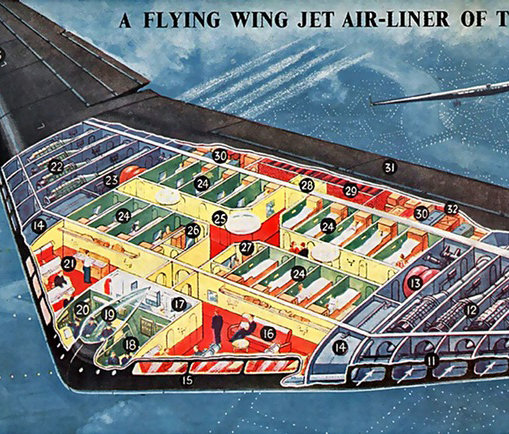 "There were promises that planes like Northrop Grumman's flying wing would become the norm for civilian flying. These promises were often made to Baby Boomers — young, impressionable kids of the 1950s and 60s — like in this cutaway drawing by L. Ashwell Wood for the comic book Eagle." (Source)

The latter two drawings appear to feature train-like cabins, with sleepers on the right. This would be an interesting option for long-haul flights, though I imagine none of us regular people would be able to afford the ticket.

By the bye, here's the actual video referenced above: 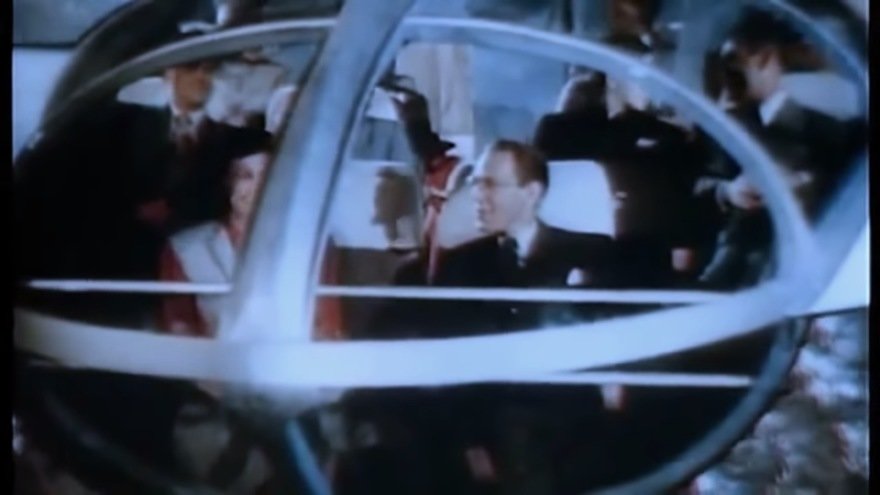 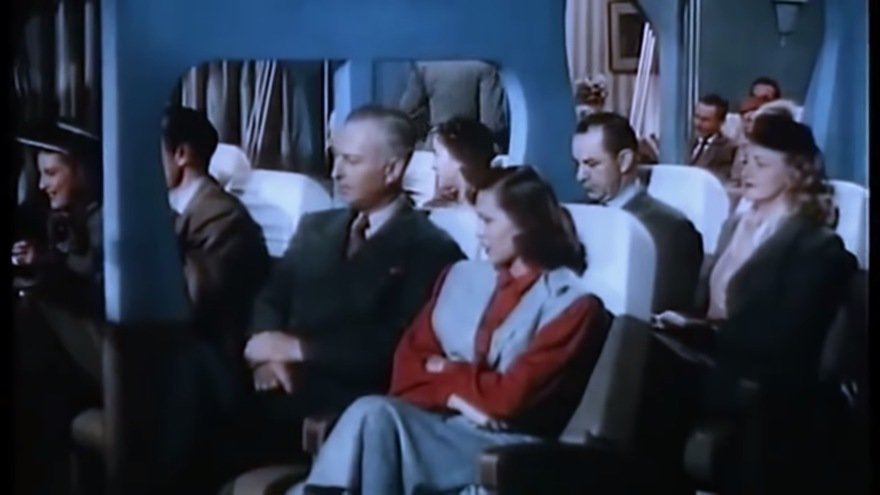 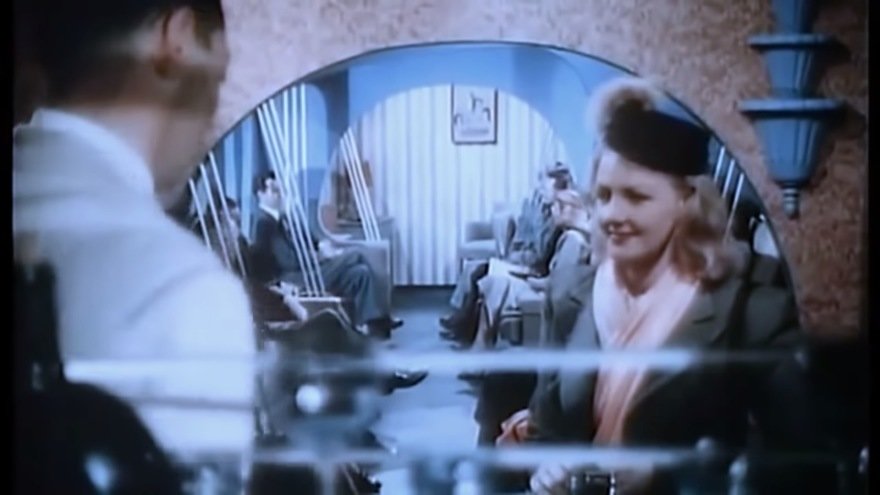 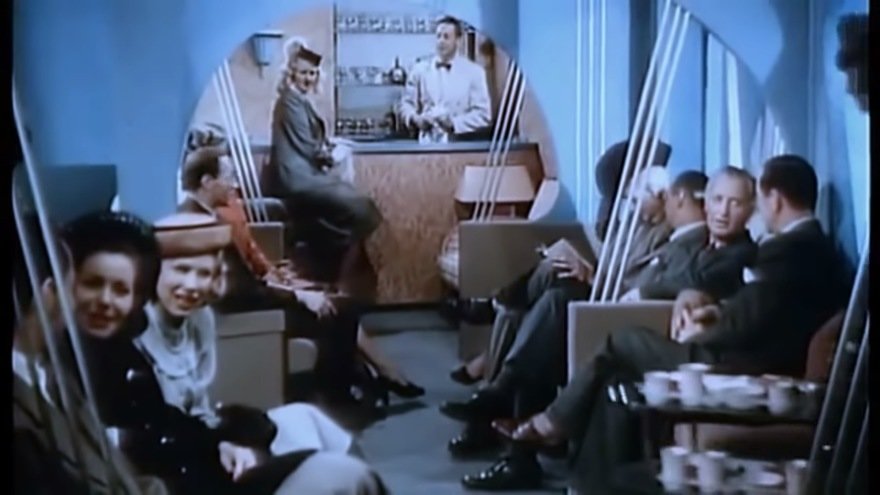 Yeah, something tells me that interior is a lot more swank than what we'll end up with.

Airbus competitor Boeing also has a flying wing in the works, but for their part, they won't need to think the interior design through too heavily. They're envisioning theirs as a cargo plane.