In my apartment, there is a small mountain of plastic bags that my roommates and I continue to reluctantly build upon. Desperate to deal with these wasted bags, I am regularly trying to find different opportunities to reuse them. Of course, I alone will never find ways to reuse all of them. So my mountain of plastic guilt grows ever higher. 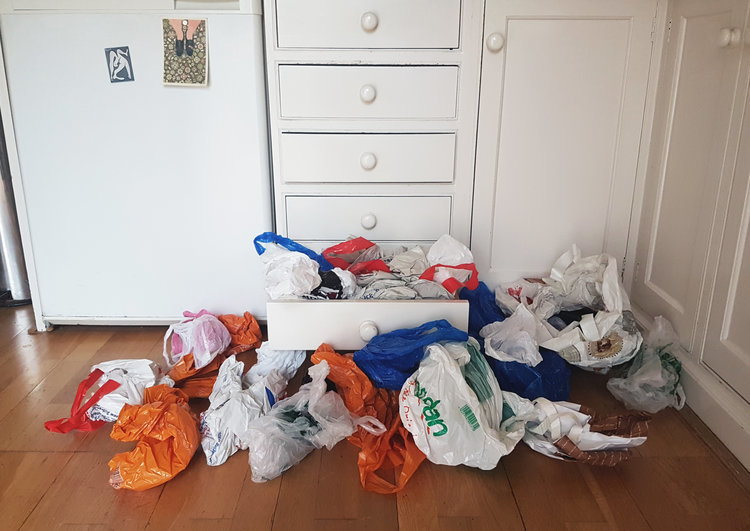 This might be a familiar feeling for many who are justifiably concerned about the amount of plastic gumming up the gears of the earth. A heap of plastic bags stuffed under the sink or in a kitchen drawer can feel like an albatross around one's neck (presumably one that has been suffocated by a plastic bag) and it would be a great relief to find a way to get rid of them without committing that mortal sin against nature: throwing them away. UK-based designer's Onni Aho's All those bags appears to offer a less distressing alternative. 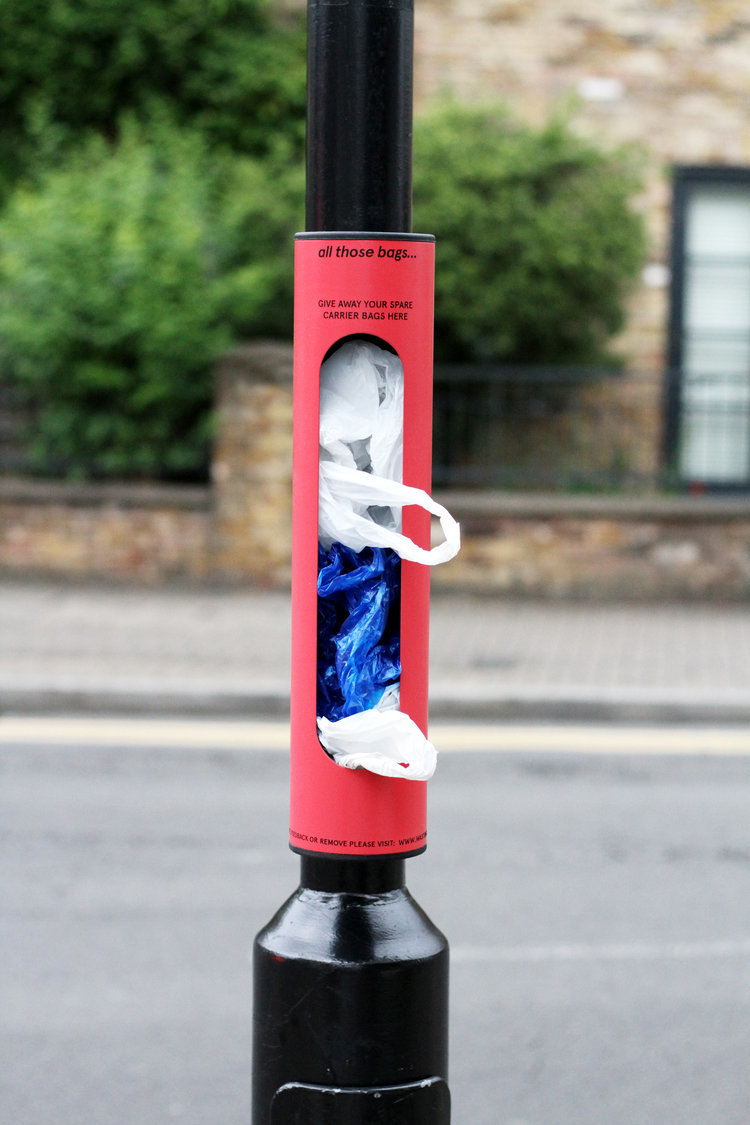 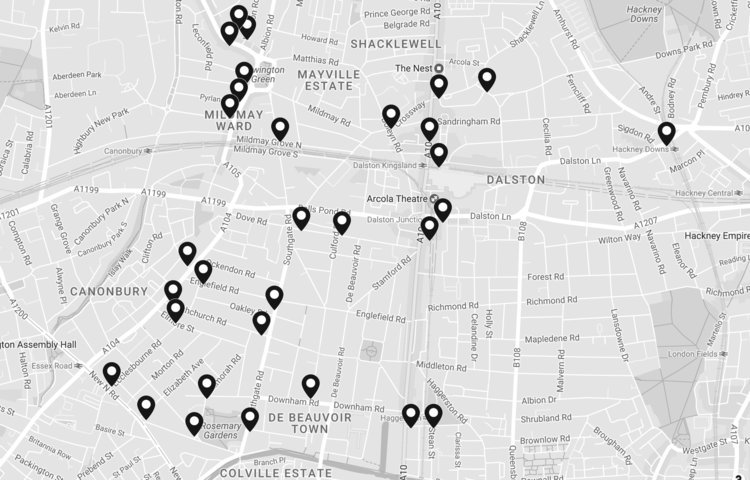 All those bags is a redistribution system that Onni Aho installed in nearly 40 locations around East London as a part of his research to find ways in which design can help manage waste in the urban environment. The system consists of a small tube that can be affixed to poles in public spaces. People can deposit their bag if they don't need one and take a bag when they do. 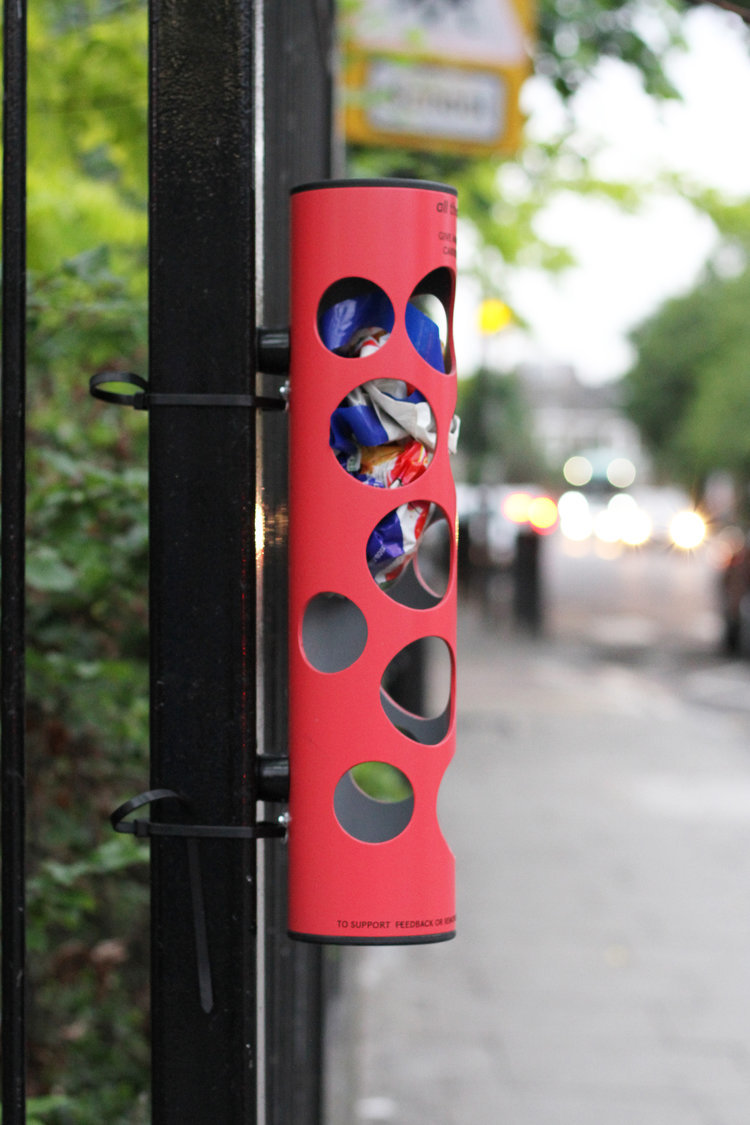 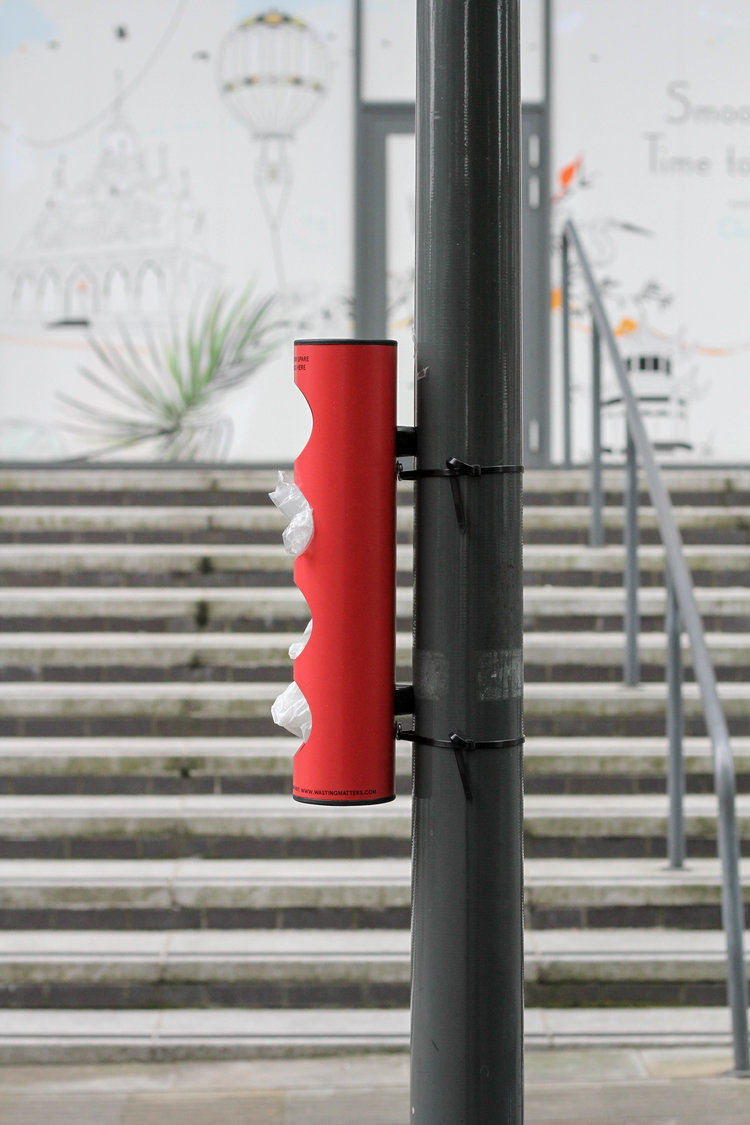 This simple, designed interaction is all it takes to create material movement. Where as the bags we accrue in our home so often remain sedentary, piling up until one way or another we have to toss them out somewhere (the ocean, waterways, endless landfills). Here, the bags move, or at the very least have the potential to move. Which, far from being a solution to plastic waste overall, it taps into an important part of thinking ecologically: material should constantly be moving from use to use until it is broken down. In the case of plastic, that's easier said than done. Plastic shopping bags, on average, are used for about 12 minutes. If it takes a bag 300 years to degrade, that would mean over 13 million instances of reuse. 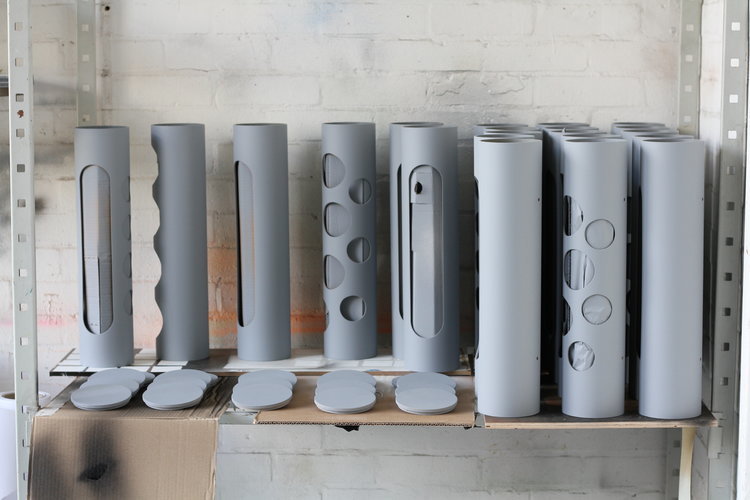 As bleak as that sounds, it underlines the importance of designing ways to reuse material through collective engagement. As great and wonderful recycling is conceptually, the recycling systems we supposedly very intelligent humans have built are garbage. Which is why, for designers, there is significant opportunity to help make reuse easier for people. We may be waiting a long time until we see infrastructure that adequately addresses the overflow of plastic material (seeing as global-ecological collapse doesn't appear to be incentive enough). In the meantime, making reuse systems accessible to everyone should be a priority for designers. 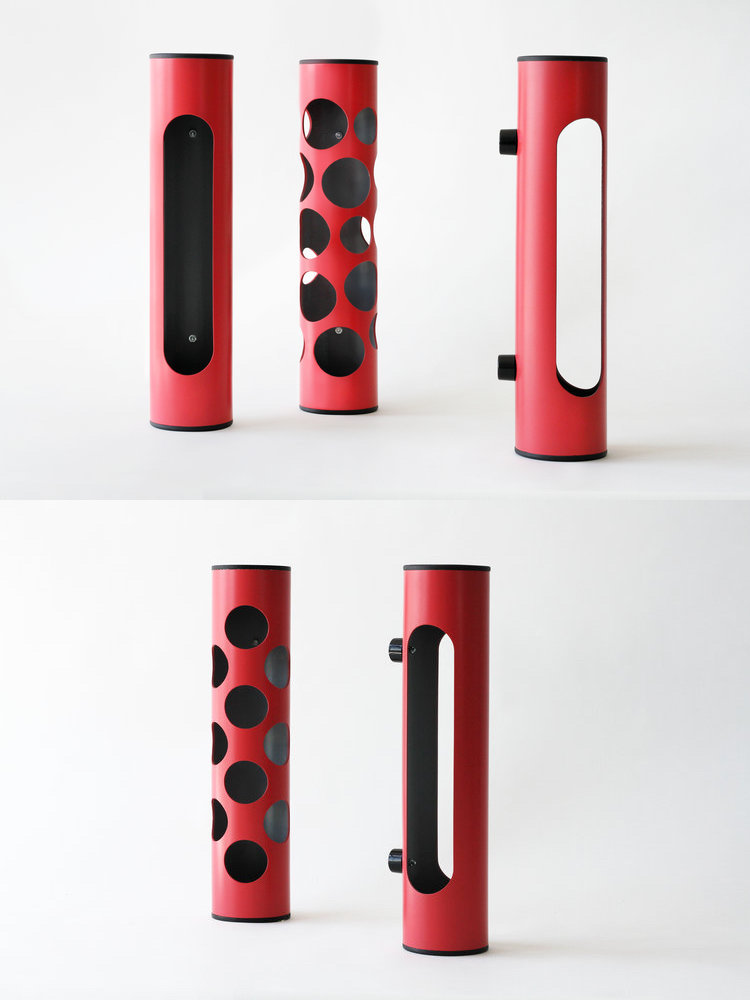 Which this small moment of design does. To be honest, my initial thought upon seeing All those plastic bags was, "this guy is just pawning off his plastic bags on to other people! If I have to live with this pile of plastic guilt, he should too!" Alas plastic waste is not an individual issue. We all share an ecosystem and it does no good if half of us are using reusable bags and half of us aren't. It is a collective issue. Which means sharing the burdens of our material waste is necessary for communities and people have to deal with it, if ever there will be significant changes. Design, as seen here, can help facilitate that effort.