"Not just a show-and-tell piece," this is Justine Haupt's primary phone

Justine Haupt is difficult to summarize. Her official job title is Instrumentation Developer for Cosmology, Astronomy, and Quantum Networking at the Brookhaven National Laboratory, where she's been for ten years; she's run Sky's Edge Robotics, her own company, for the past year; she's an engineer for the Large Synoptic Survey Telescope, which when complete will "produce the deepest, widest image of the universe;" and she's Director of Radio Astronomy at the Custer Institute, an observatory on Long Island. I guess "brainiac" just about covers it.

Despite the many hats, Haupt still carves out spare time to work on projects of personal interest. Her latest: A rotary cell phone with an e-ink screen. It's functional, practical, and in many ways, an improvement over existing cell phones. 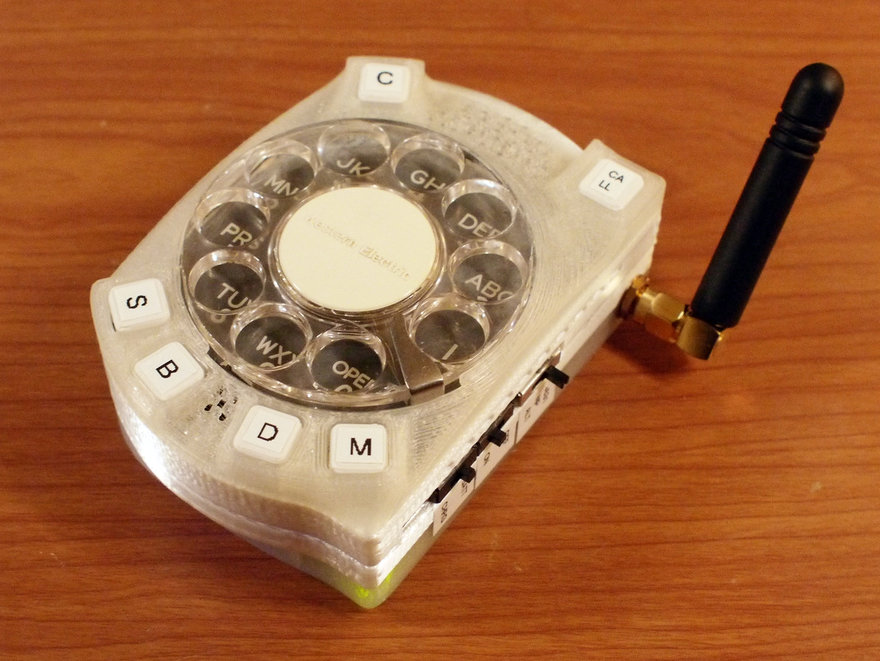 Skeptical? Read her description and reasoning behind creating it:

Why a rotary cellphone? Because in a finicky, annoying, touchscreen world of hyperconnected people using phones they have no control over or understanding of, I wanted something that would be entirely mine, personal, and absolutely tactile, while also giving me an excuse for not texting. 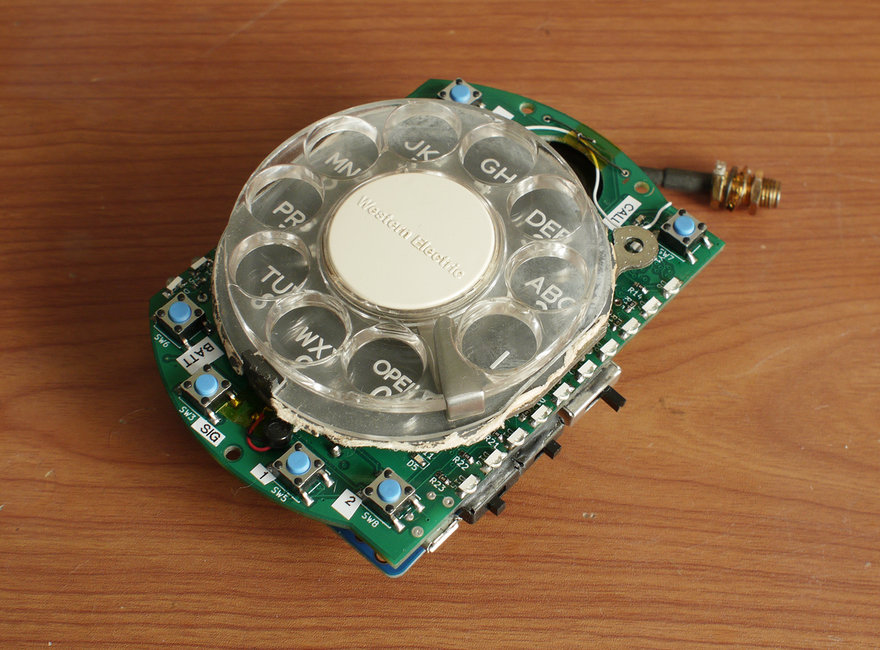 The point isn't to be anachronistic. It's to show that it's possible to have a perfectly usable phone that goes as far from having a touchscreen as I can imagine, and which in some ways may actually be more functional. More functional how?

- Real, removable antenna with an SMA connector. Receptions is excellent, and if I really want to I could always attach a directional antenna. 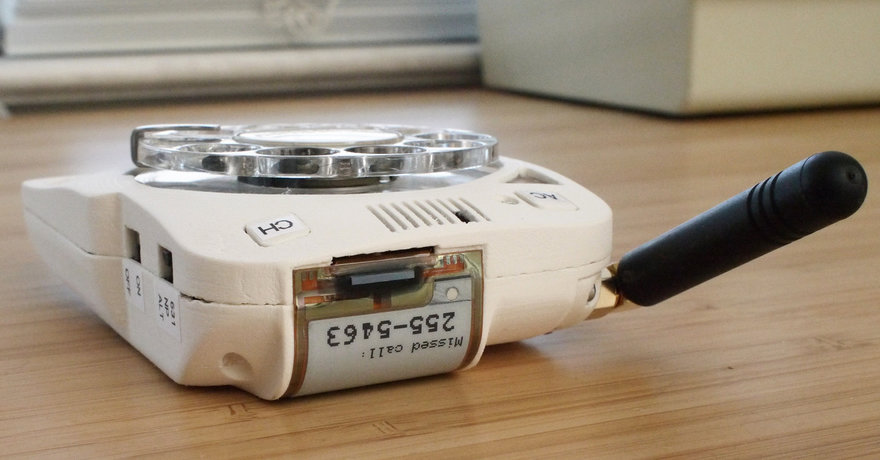 - When I want a phone I don't have to navigate through menus to get to the phone "application". That's bullshit. 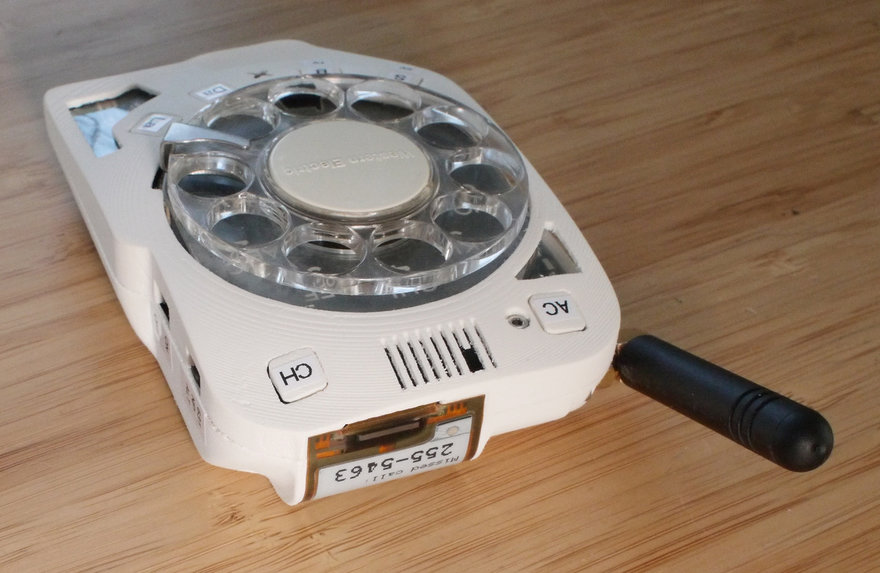 - If I want to call my husband, I can do so by pressing a single dedicated physical key which is dedicated to him. No menus. The point isn't to use the rotary dial every single time I want to make a call, which would get tiresome for daily use. The people I call most often are stored, and if I have to dial a new number or do something like set the volume, then I can use the fun and satisfying-to-use rotary dial. 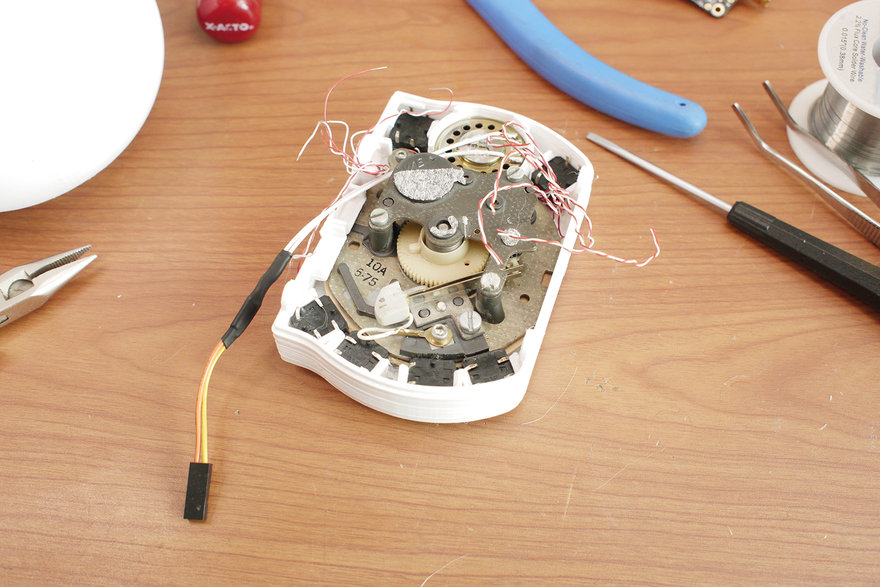 - Nearly instantaneous, high resolution display of signal strength and battery level. No signal metering lag, and my LED bargraph gives 10 increments of resolution instead of just 4. 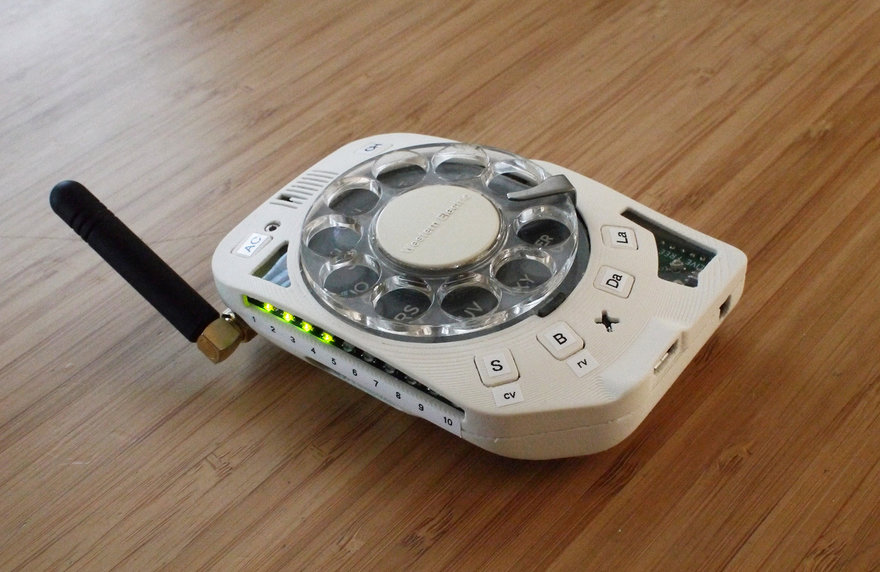 - The ePaper display is bistatic, meaning it doesn't take any energy to display a fixed message. 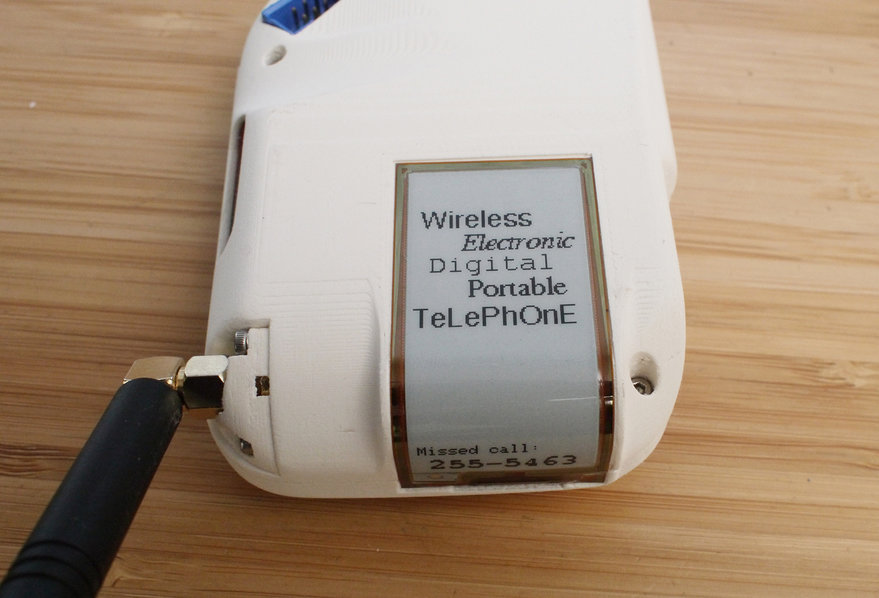 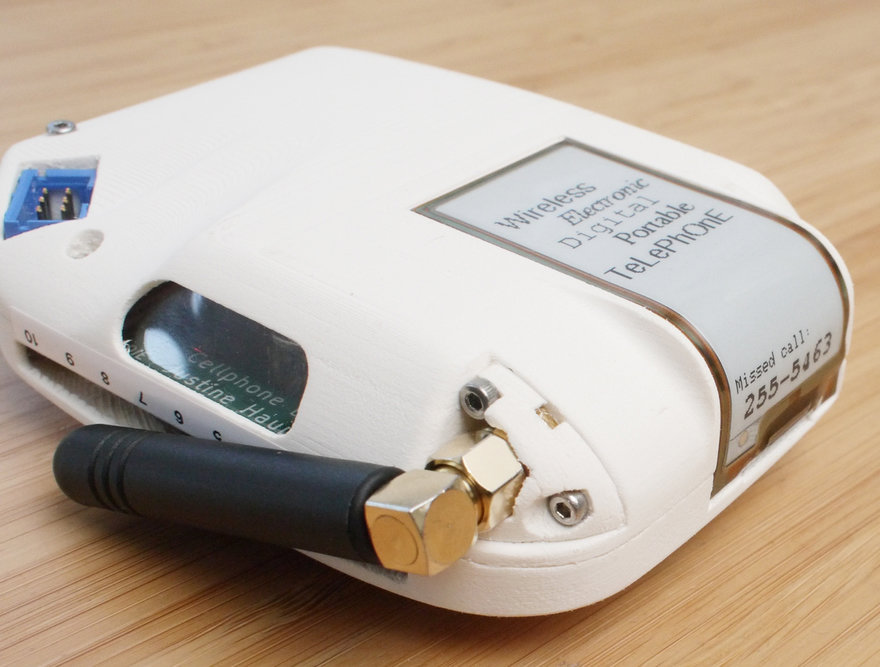 - When I want to change something about the phone's behavior, I just do it. 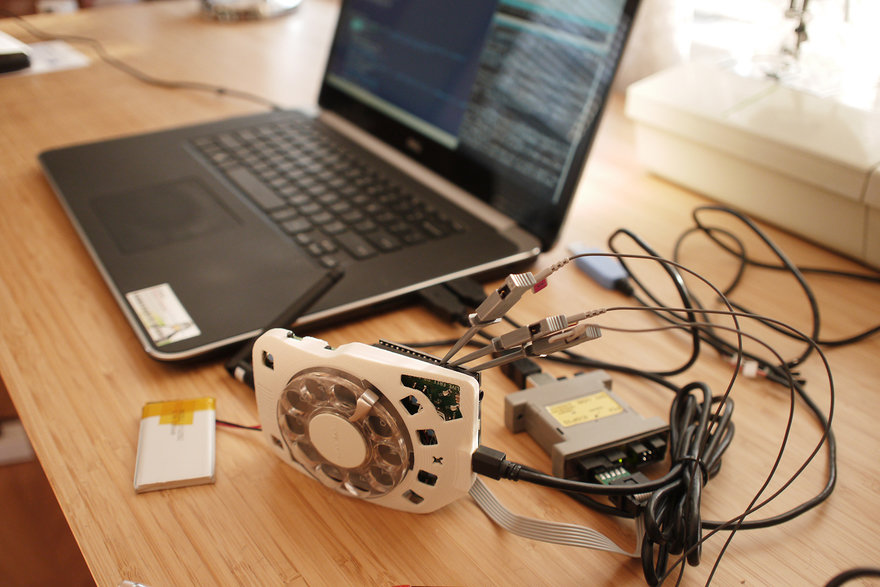 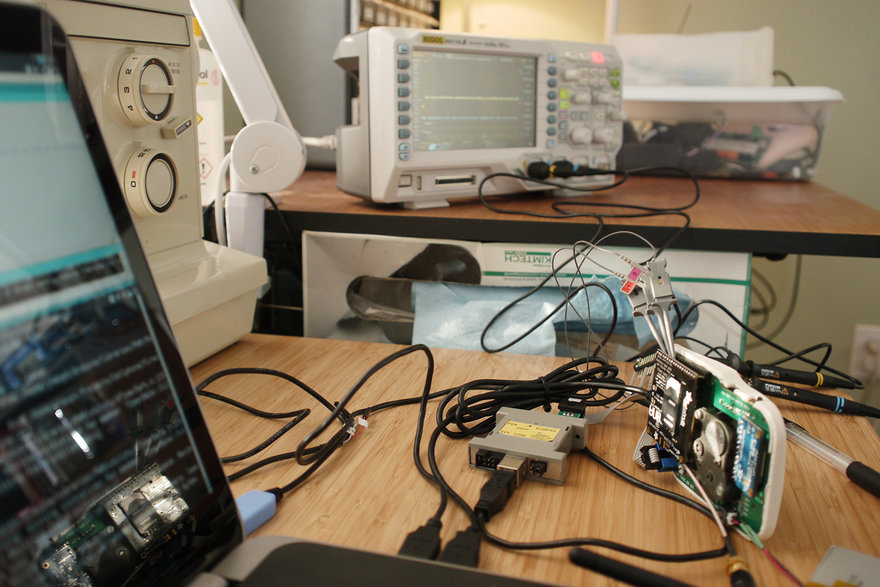 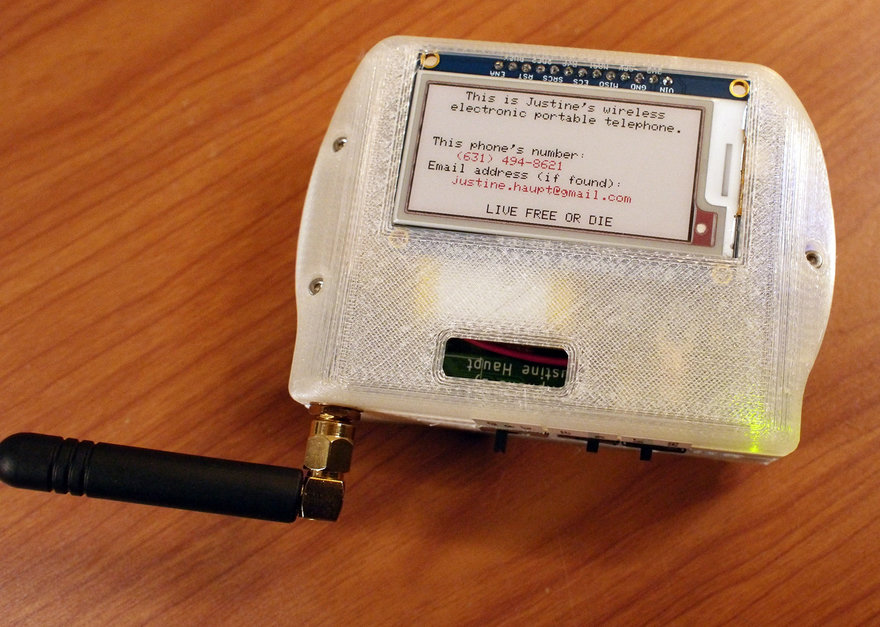 - The power switch is an actual slide switch. No holding down a stupid button to make it turn off and not being sure it really is turning off or what.

So it's not just a show-and-tell piece... My intent is to use it as my primary phone. It fits in a pocket.; It's reasonably compact; calling the people I most often call is faster than with my old phone, and the battery lasts almost 24 hours. 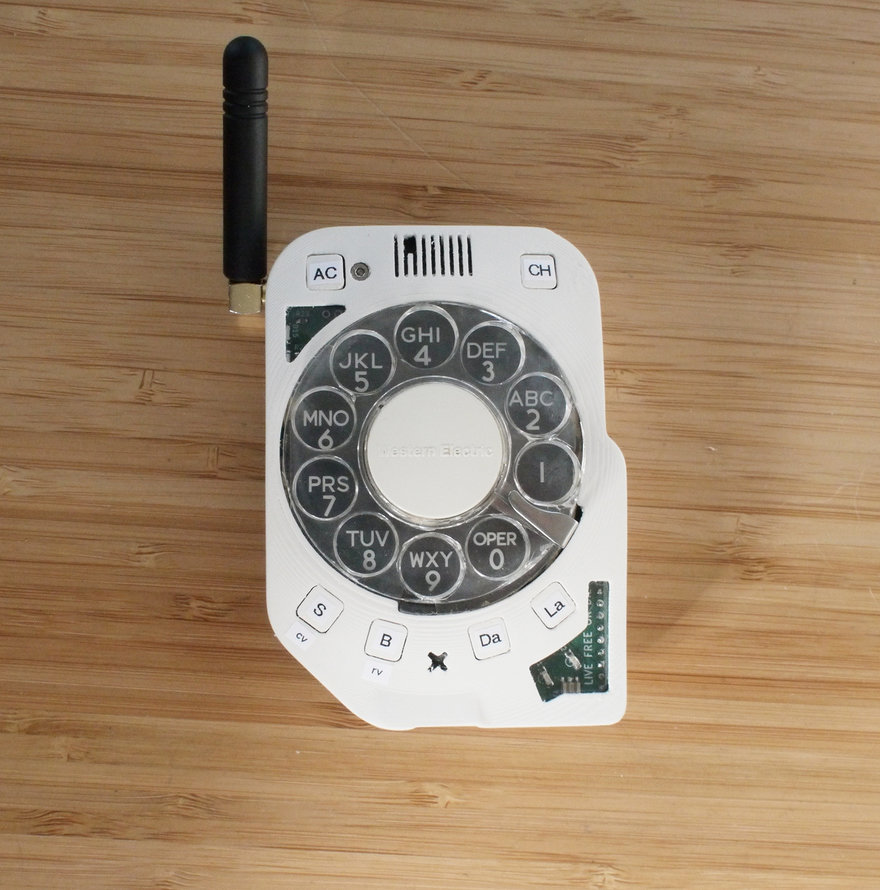 If only these were on the market!