The similarity between the two systems is that both use photosensitive resins cured by lasers. Where they differ is that EPFL's system, which is tomography-inspired, doesn't build layer-by-layer on a vertically-moving platform, but instead comprehensively blasts their beams into a spinning container holding the resin. This essentially creates the object in one go, and with better surface quality, absent telltale layers. 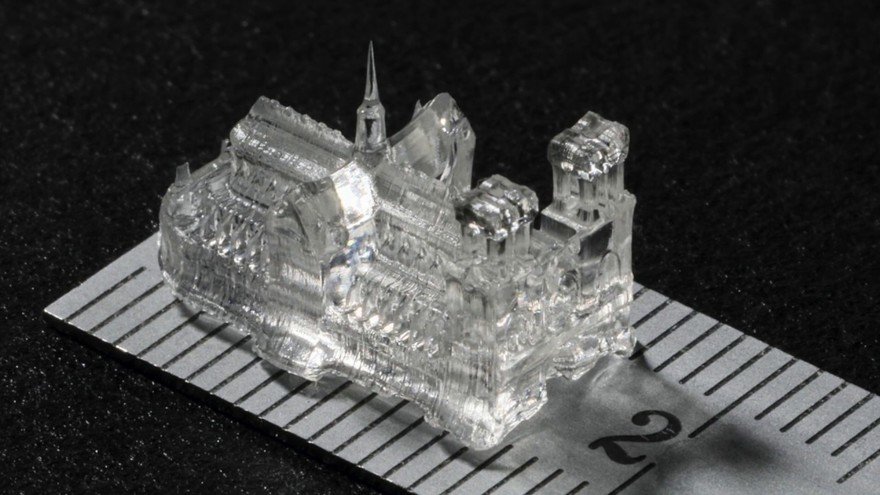 At present their build area is limited to two centimeters square, but they can print objects with extraordinary speed, from "milliseconds" to "less than 30 seconds," depending on the complexity of the part.

Because they can print objects using both hard and soft materials, an obvious application is medical:

The researchers teamed up with a surgeon to test 3D-printed arteries made using the technique. "The trial results were extremely encouraging," says Damien Loterie, CEO of Readily3D.

Readily3D, by the way, is a spin-off the researchers have already set up to commercialize the technology. They reckon further development will increase their build area from two to 15 centimeters; if they're able to do that and the price is manageable, I believe at that point we'll start seeing strong interest from industrial design consultancies that aren't purely medical-focused. "The process could also be used to quickly build small silicone or acrylic parts that don't need finishing after printing," says Christophe Moser, who heads up EPFL's Laboratory of Applied Photonics Devices, which developed the technology.