As someone who hates carrying a large-screen phone, but enjoys using one, I was excited by the idea of the Motorola RAZR. It promised the best of both worlds, folding to a compact size for carrying but offering a large screen when open.

Sadly, the RAZR is already crashing and burning. Raymond Wong over at Input Mag found that the screen went bad at the hinge--after just one week of use: 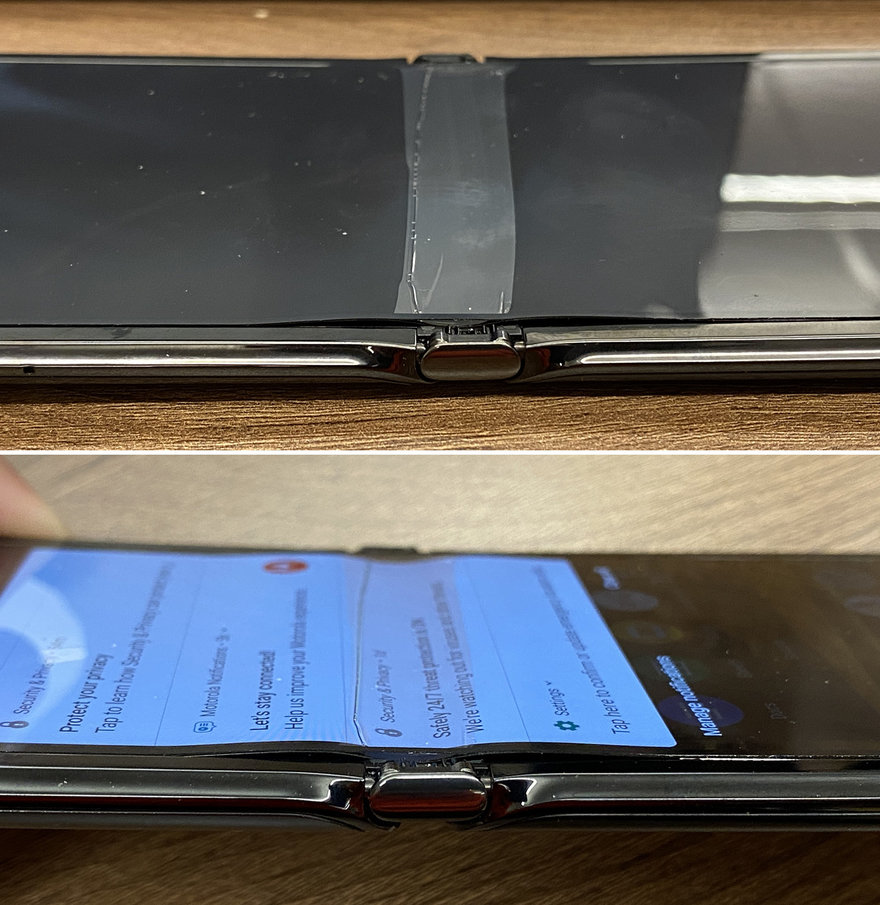 The screen's damage isn't just cosmetic. The touchscreen is semi-broken; the warped surface makes touches and taps virtually unresponsive, especially when tapping things in a list like inside the Settings app. The top and bottom of the display which hasn't come undone still works, but the middle is not the most responsive.

… There's a long streak across the top of the bubble and at first glance, you might mistake it for a scratch. It's not a scratch; there's no physical damage on the surface of the lamination. It's literally the pixels splitting from the two layers.

While the RAZR's screen didn't get scratched, the one on Samsung's Galaxy Z Flip did, in the hands of product teardown YouTube channel JerryRigEverything. Channel proprietor Zack Nelson discovered it could even be scratched--permanently--using nothing more than your fingernail:

Earlier I'd written that Motorola had stolen the design march on Apple, by being earlier-to-market with a folding smartphone. Looks like I was wrong. Apple is famously not concerned with being first in all matters, but in biding their time to release a product that's ready--or at least, that's how the company used to operate under Steve Jobs. The question is, will Apple be the first one to crack (poor choice of words) the folding screen problem? Or is it unsolvable with current materials science?