Personal question: As you get older, do your designs get more simple, or more complicated? 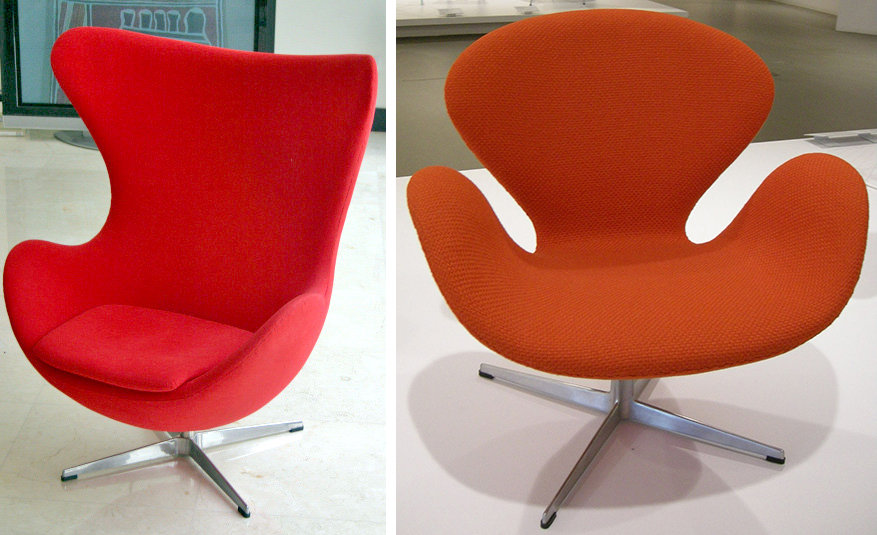 Arne Jacobsen designed his iconic Egg and Swan chairs in 1958, in the middle years of his career. But the last chair he ever designed, called the Lily, was "perhaps his most elaborate," says Christian Andresen, Fritz Hansen's Head of Design. 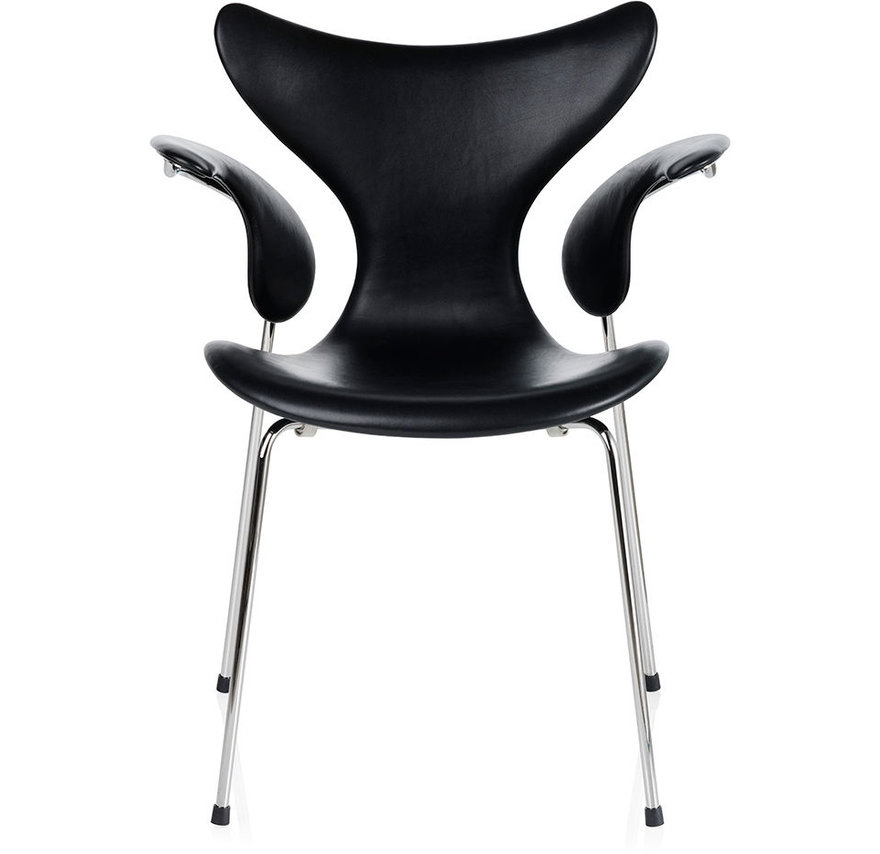 Originally designed without armrests for the Danish National Bank in 1968, Jacobsen followed up with an armest-equipped variant in 1970. This posed some manufacturing challenges: The curves of the armrests were so extreme that although they could be made from laminated wood, no veneer could be applied, as it would crack; hence the chair was sold painted or upholstered.

Now, however, manufacturing technology has improved, and next month Fritz Hansen is rolling out a 50th Anniversary edition of the Lily in walnut veneer, as they've figured out how to do it. 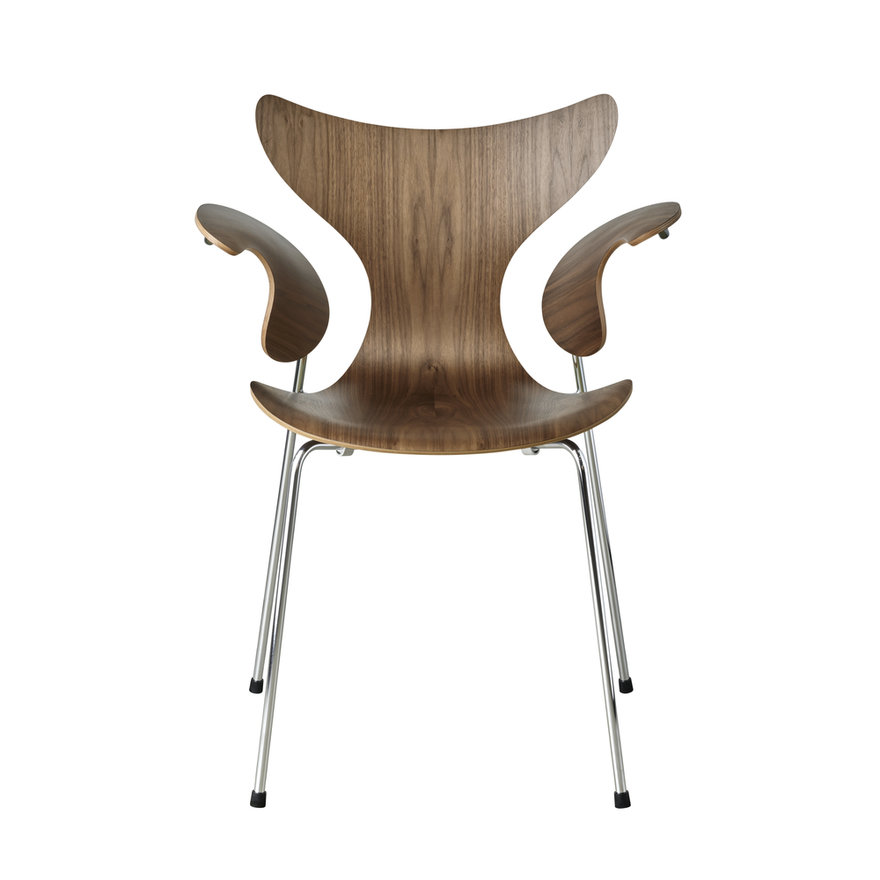 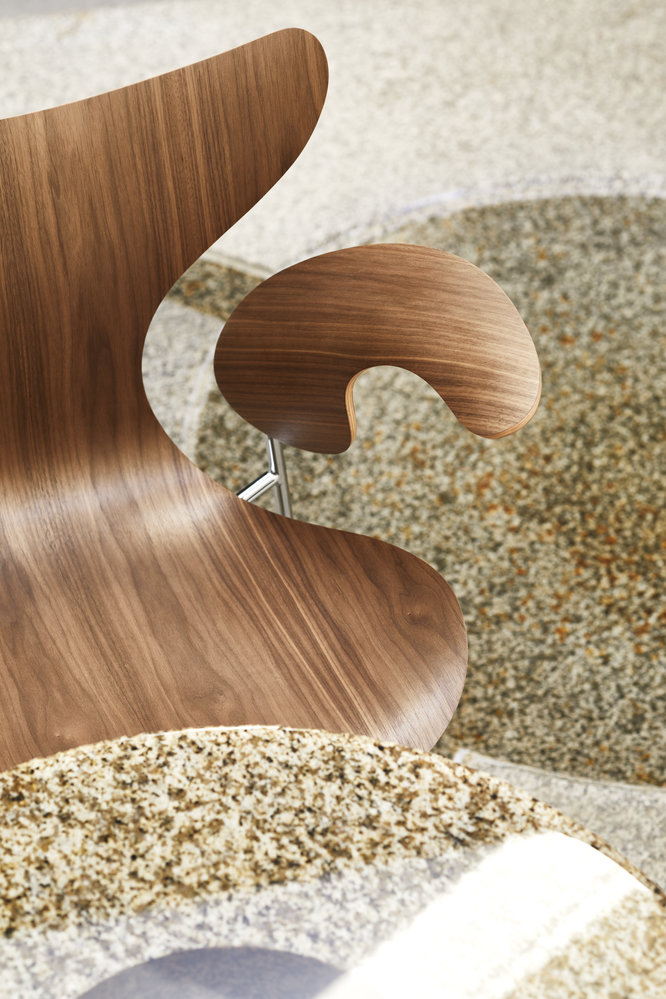 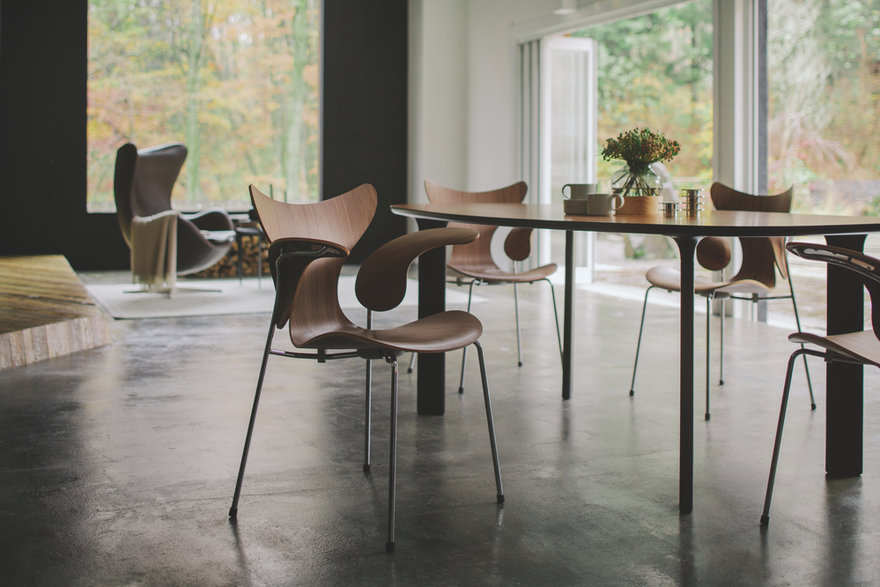 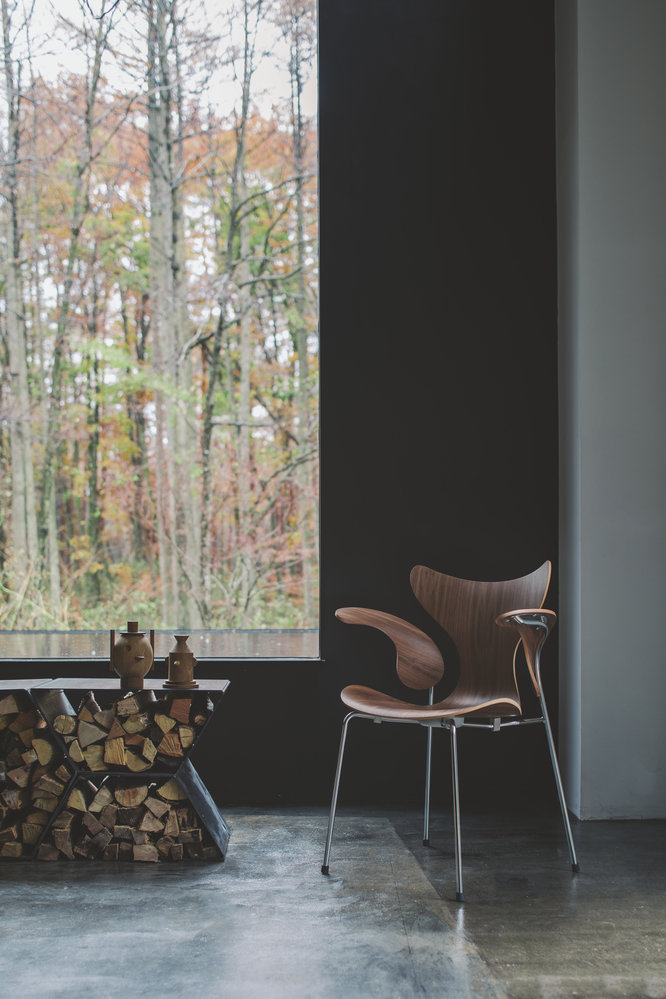 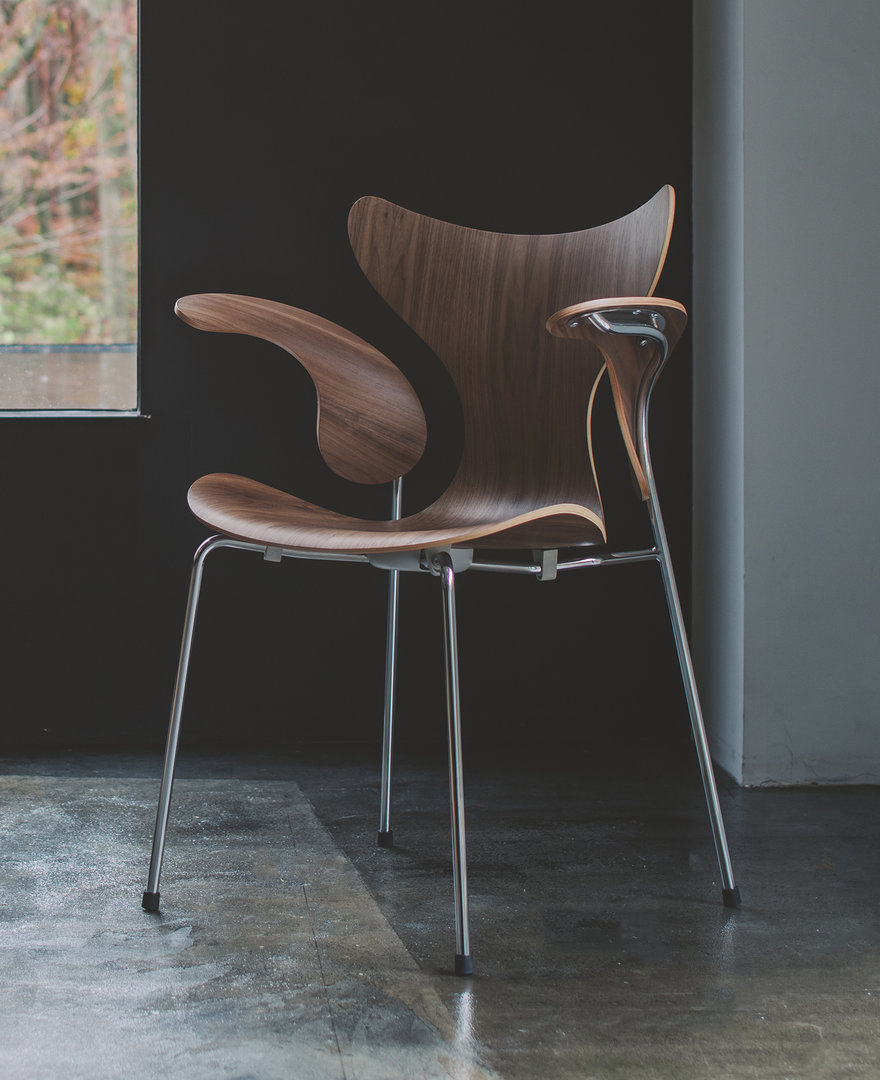 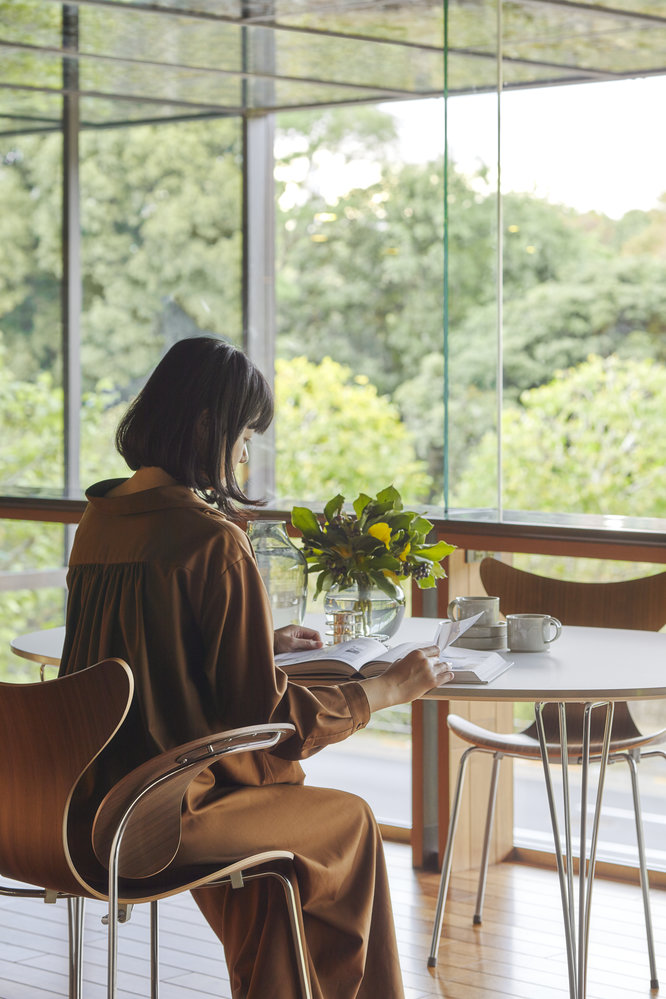 "It resembles a lily flower with open petals," says Andresen. "Jacobsen's lifelong interest in botany and painting can be seen very clearly in this design."

And yes, it can also be ordered without the armrests. 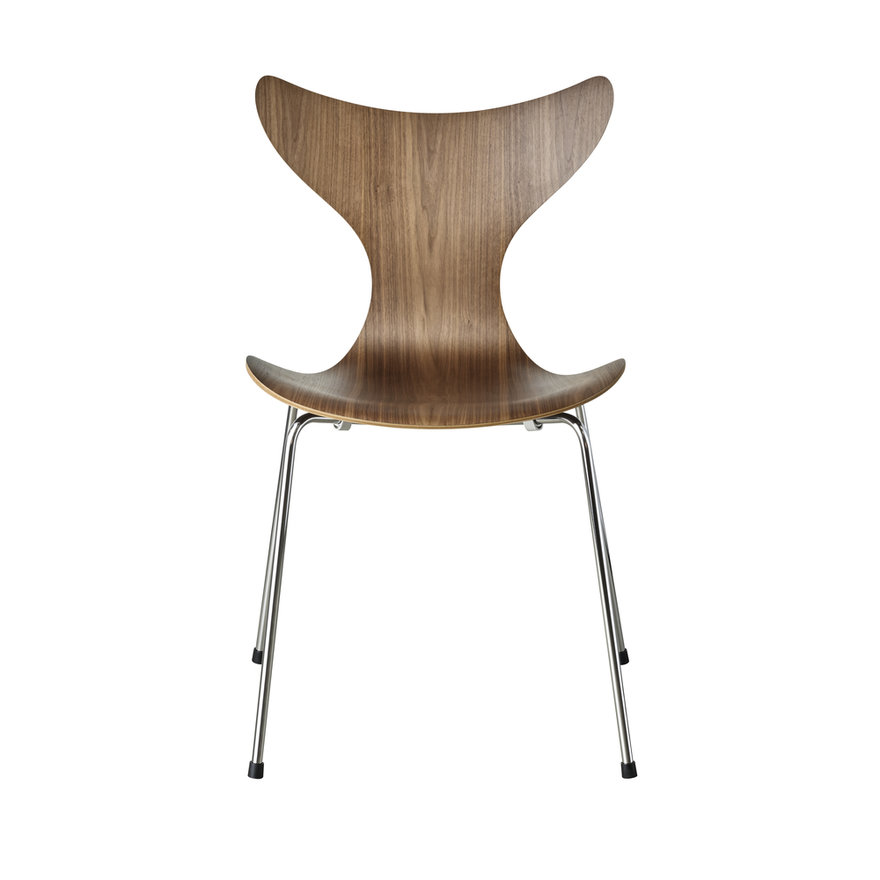