Portland's Top Coffee Roaster Dumps the Clover, and Why This Matters to Product Design 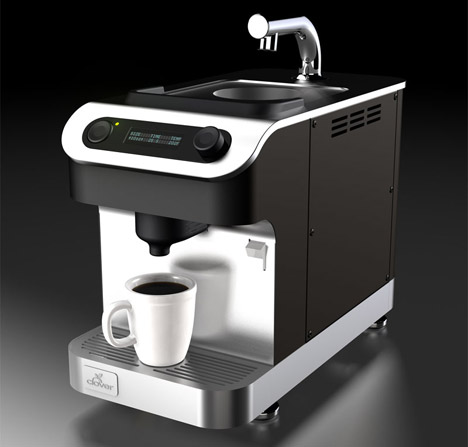 The talk of the coffee scene in this coffee-obsessed town for the past couple of weeks has been all about Starbucks and their decision to buy Clover. Not just some more Clovers--the $11,000, networked, hyper-programmable machines that seem to have single-handedly raised the nation's interest in single-origin brewed coffee--but the entire company.

Coffee Equipment Co., the Seattle-based manufacturer of the Clover, was revealed on March 26 to have been purchased outright, as part of the Green Nymph's bid to re-establish itself as...well, a place that makes good coffee. Reacting to the growing numbers of serious caffeine consumers defecting to smaller roasters like Intelligentsia and Portland's own Stumptown, the purchase is part pragmatic, but largely symbolic: it's one thing to say you're serious about improving the quality of your product, but another to attach this intention to a physical object that says "good coffee" more than just about anything on the market at present. Stumptown's reaction was swift: they're getting rid of every one of their Clovers, effective immediately.

Why this is interesting to product designers is the way in which a well-designed object is quietly serving a powerful symbolic purpose, with hardly anyone acknowledging it. The Clover is, in fact, a beautifully designed piece of hardware, extremely modern in both appearance and function, and it's doubtful it would have developed the cult following that made it so desirable to Starbucks in the first place were it not. The saga of its rise, embrace, acquisition and ensuing outcry is a precise, accelerated example of how a well-designed product can become a vessel into which people pour their beliefs, expectations and senses of betrayal; the parallels with Apple run more than just skin deep.

Portland's Top Coffee Roaster Dumps the Clover, and Why This Matters to Product Design