Last year a car-carrying ship called Golden Ray capsized off the coast of Georgia, in the St. Simons Sound. All 24 crew members managed to escape, but the cars inside (a mixture of Kias and GM vehicles) did not. Yahoo News says there are nearly 4,000 vehicles on board. 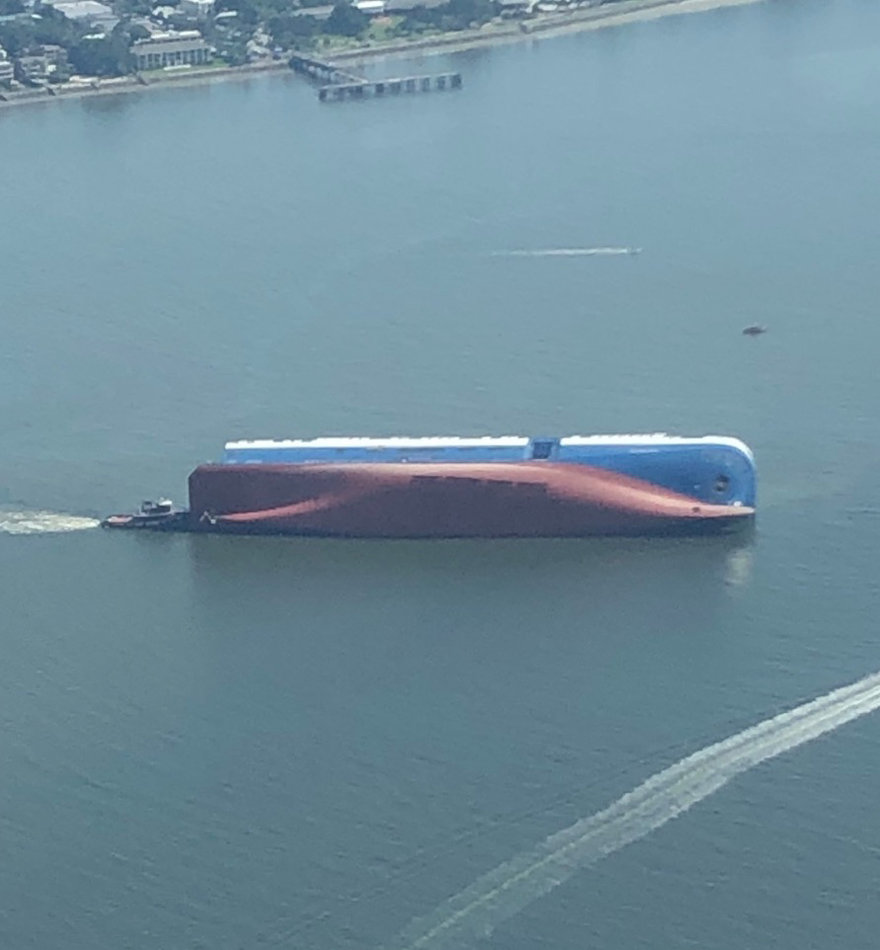 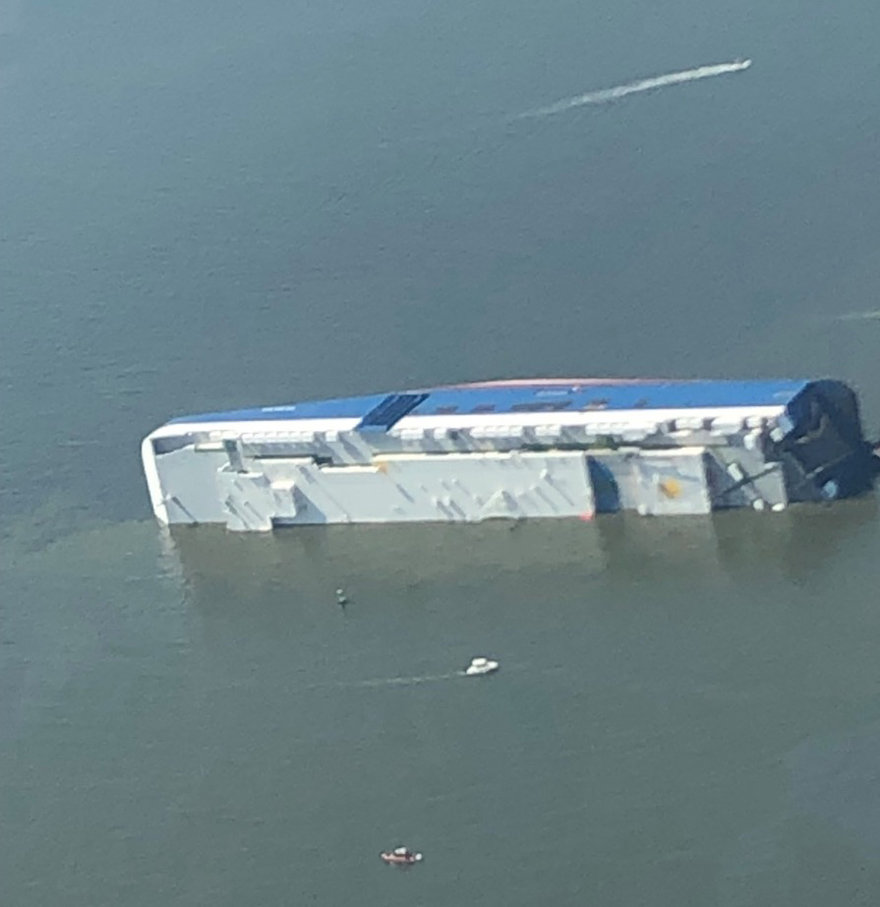 The St. Simons Sound's Incident Reponse Unified Command managed to get a LIDAR rig (I'm guessing via submersible drone, but they haven't specified) into the hold of the ship. Using the laser, they were able to create 3D images of the interior, which is of course unlit. In these images of the 4th and 9th decks, we see cars peacefully floating. 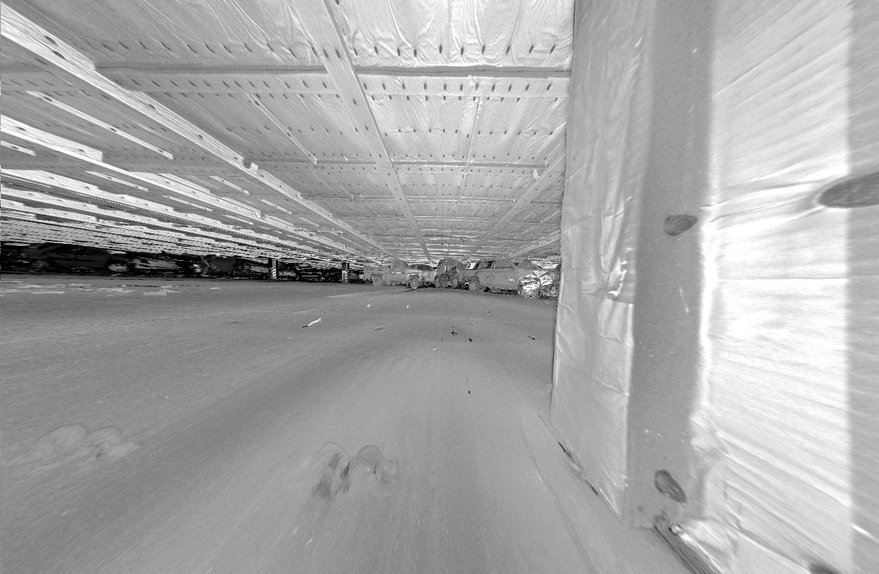 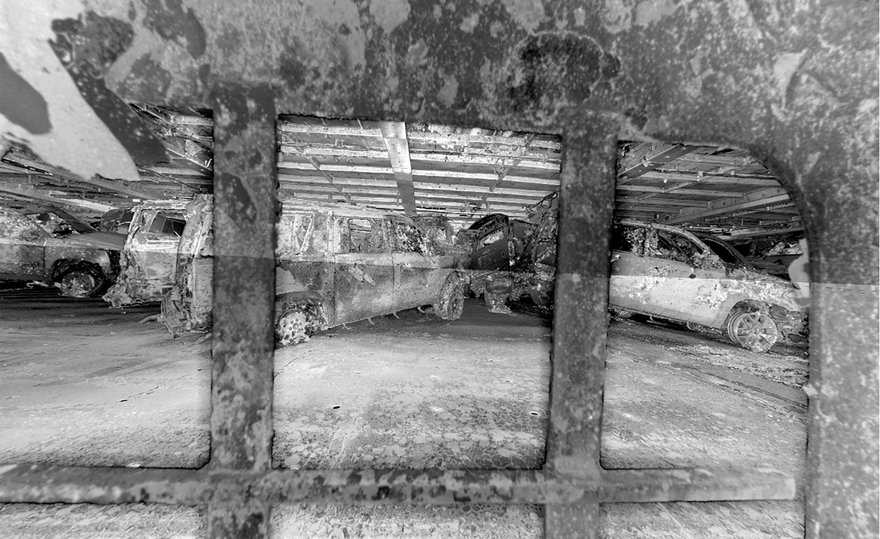 In photos extracted from the Tweet above, you can see oil draining from the ship after the incident: 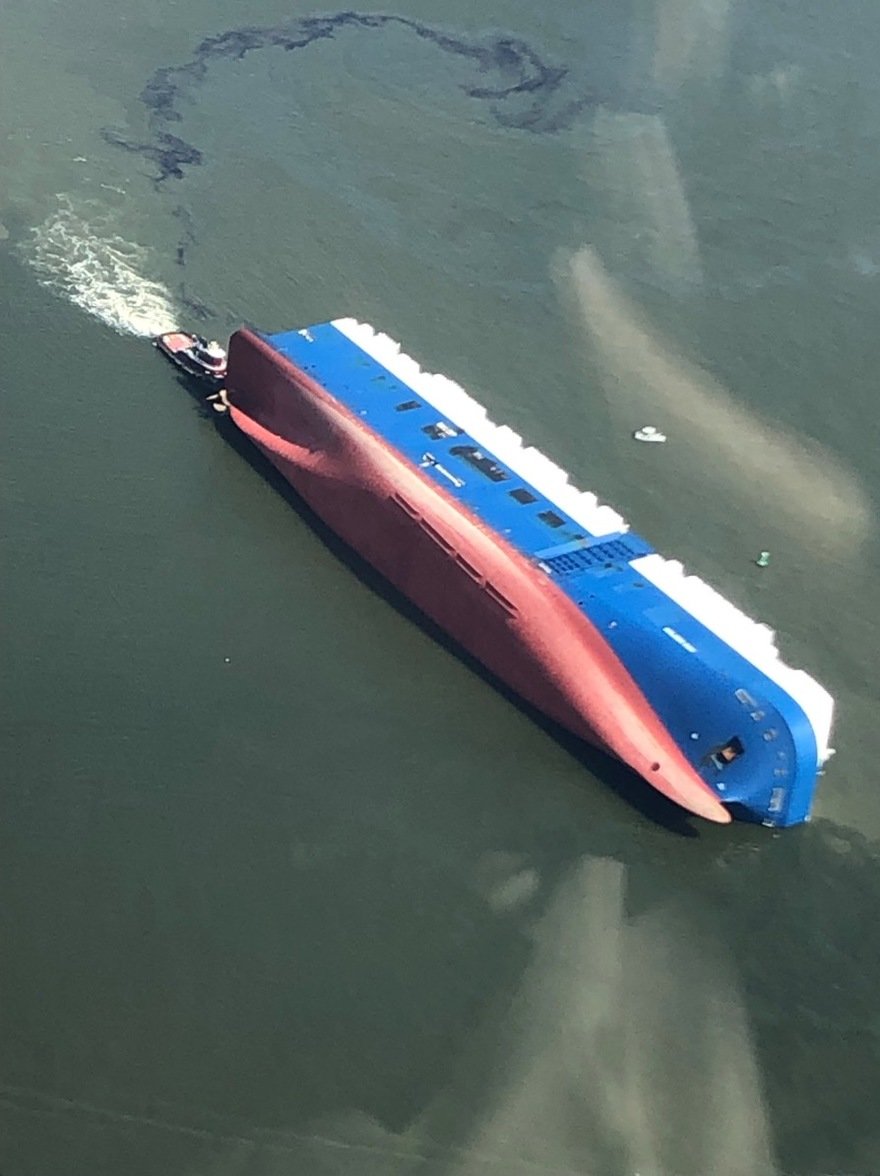 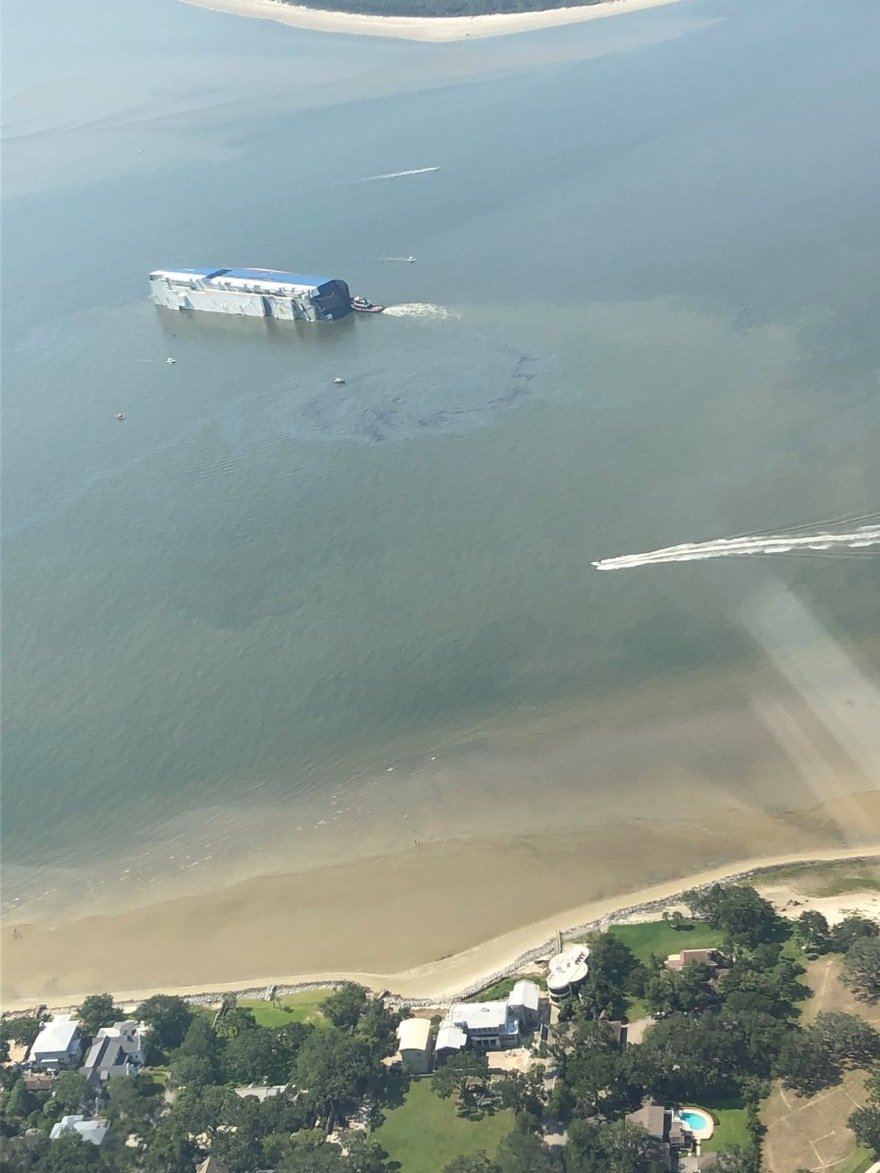 The Drive reports that a response team has since removed "over 320,000 gallons of fuel, oil, and water" (that last one has got me scratching my head) from the vessel. However, it occurs to me that the cars themselves also likely contain fluids; while I doubt they're shipped with full tanks of gas, I'd imagine they at least have oil in them, and I wonder how long until they start to leak.

I'm wondering because, some five months later, the ship is still sitting there in the water. And I think I know why: Who do you call in this situation, outside of a team of superheroes?

Actually, there is at least one company that has successfully raised a sunken car-carrying ship before. A few years ago we covered the story of Dutch company Smit International, which specializes in tricky ocean salvage work. When a 50,000-pound Norwegian freighter carrying 2,800 BMWs, Volvos and Saabs went down in the English Channel in 2002, no one knew how to get it out. Smit International figured out that you've got to saw the entire ship into slices, and pull them out one-by-one. And that's what they did! 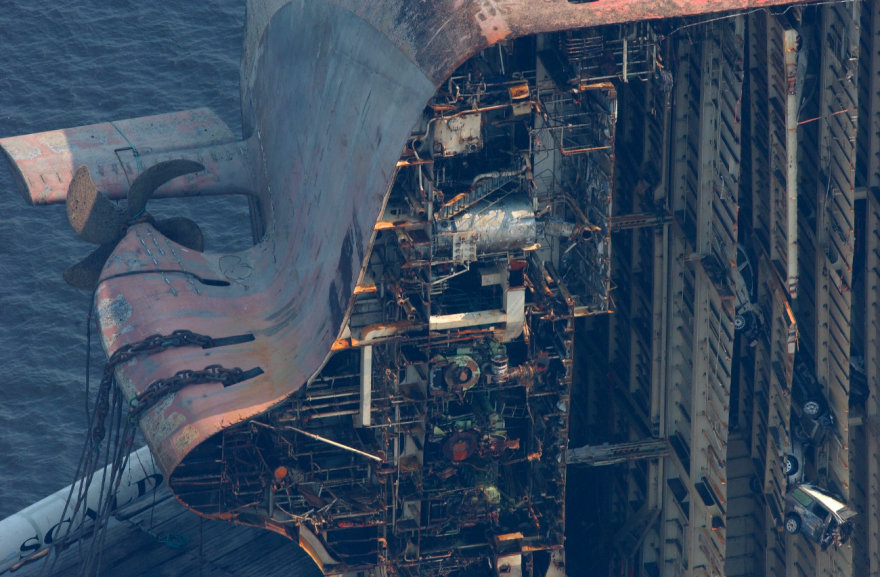 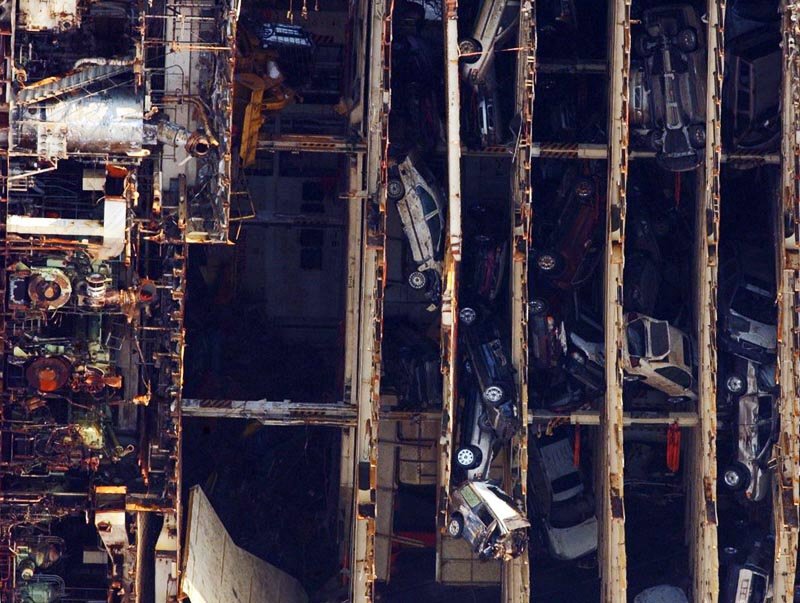 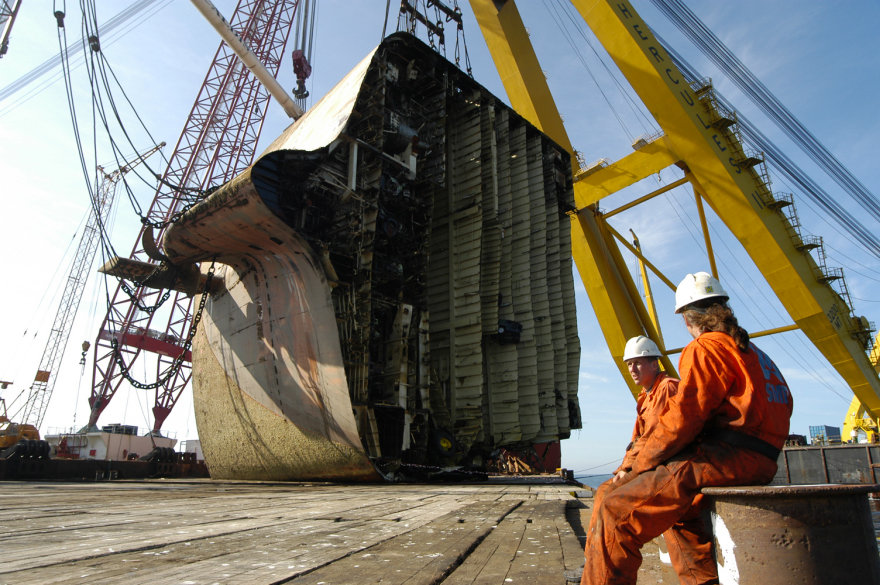 Click here to see more images and details of how they pulled this off.