The last spacecraft to land on Venus was the Soviet Vega 2 in 1985. Many other missions have visited the planet, but due to it's "hellish landscape" where surface temperatures can exceed 840 degrees Fahrenheit and the surface pressure is 90 times that of Earth, only very few have been able to make contact.

NASA's Jet Propulsion Laboratory is designing missions that will be able to better survive on Venus—and they want your help. The JPL is currently running a public design challenge to develop "an obstacle avoidance sensor for a possible future Venus rover" and submissions are open through May 29, 2020.

"Earth and Venus are basically sibling planets, but Venus took a turn at one point and became inhospitable to life as we know it," Jonathan Sauder, a senior mechatronics engineer at JPL and principal investigator for the Automaton Rover for Extreme Environments (AREE) concept, explains. "By getting on the ground and exploring Venus, we can understand what caused Earth and Venus to diverge on wildly different paths and can explore a foreign world right in our own backyard." 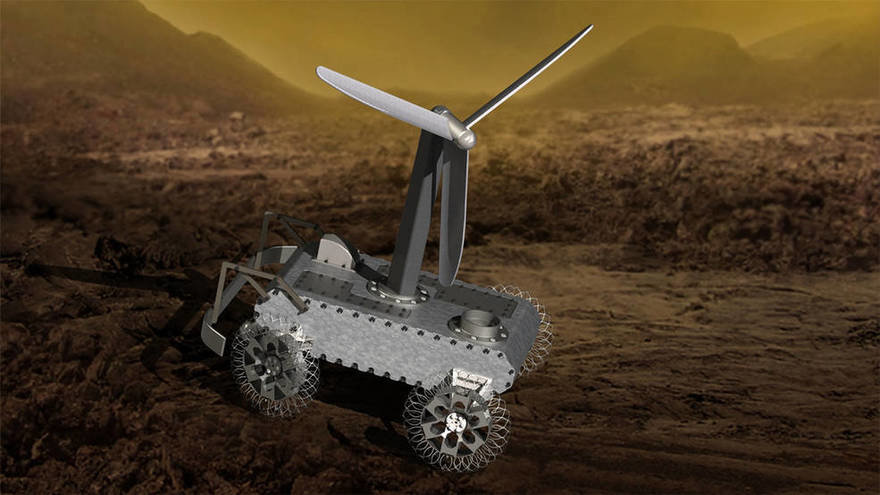 An illustration of a concept for a possible wind-powered Venus rover. Credits: NASA/JPL-Caltech

The rover will be powered by wind and able to spend entire months exploring Venus, which is why an obstacle sensor is critical in order to successfully navigate the rocky terrain long-term. The hard part will be developing a sensor that doesn't rely on electronic systems, which tend to fail around 250 degrees Fahrenheit and wouldn't do well in the extreme environment on Venus.

"When faced with navigating one of the most challenging terrestrial environments in the solar system, we need to think outside the box," Sauder said. "That is why we need the creativity of makers and garage inventors to help solve this challenge."

The biggest win would be designing a component that could end up on another planet one day, but the cash prizes are cool too. The first-place design will be awarded $15,000, second place will get $10,000, and third place, $5,000. For more information and further details on how you can enter, go here.