I was impressed by the interior design of certain railcars I saw in Europe and Scandinavia, which featured storage methods for bikes. On Australia's Gold Coast, local officials have extended this concept for those riding waves rather than cycles: 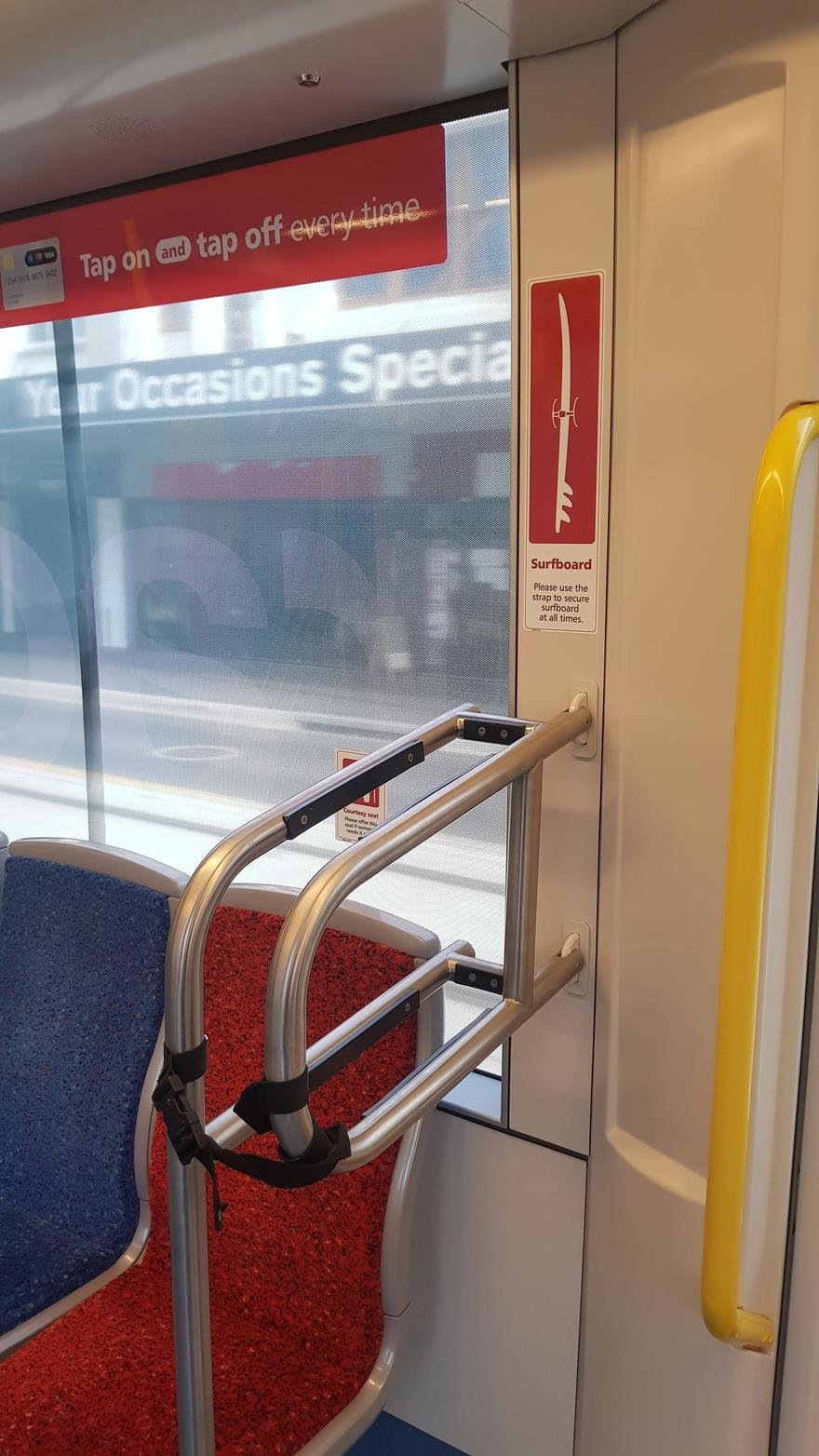 "This tram in Australia has a place to hold your surfboard while travelling to/from the beach." (Image/caption by MayDayB) 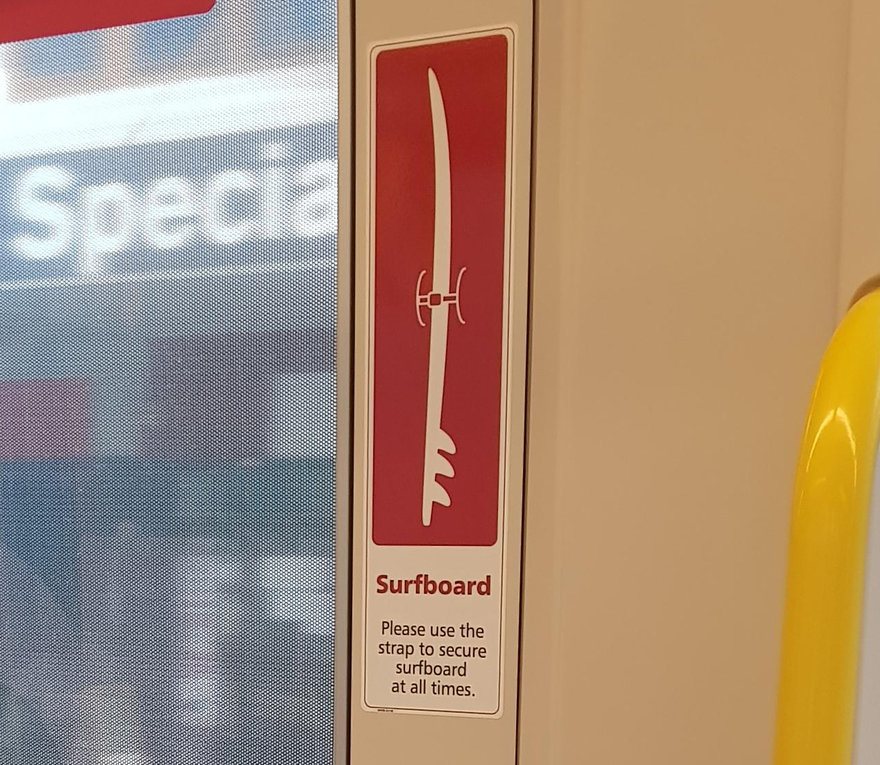 "These FLEXITY 2 trams are the only trams in the world to have surfboard racks," Queensland Deputy Premier and Minister for Transport Jackie Trad said during their debut a few years ago. 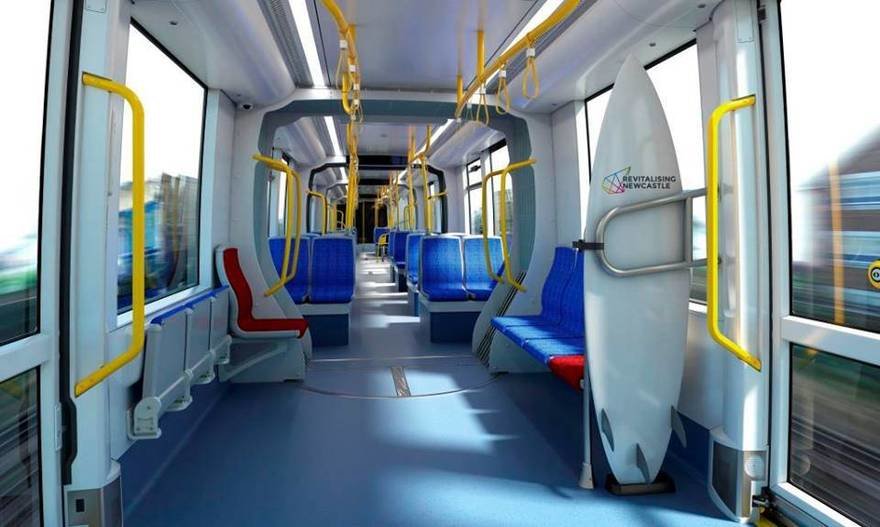 While having surfboard holders on mass transit might sound silly to non-surfers, consider that the only other practical way to transport something as long as a surfboard is by car or bus. The racks are a noble effort to reduce the overall amount of vehicles on the road.