Last-mile delivery is something all shipping companies are pondering: In the future, what will be the most sustainable way that consumers can receive their packages? The days of gasoline-powered delivery trucks rumbling down the street are numbered, and indeed, they're already starting to disappear in some places.

Drone delivery will probably work well in rural situations, where it's more economical to send a quadrotor over a mountain to deliver a single box than it is to send a truck up and down the pass. But in cities, where drones are less tenable, we will probably see solutions like those being piloted by DB Schenker. 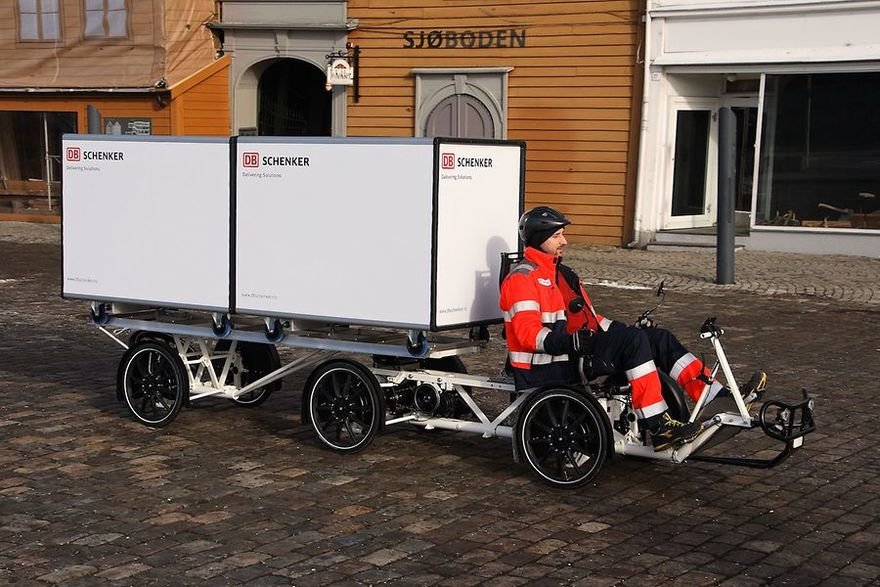 DB Schenker is one of the world's largest logistics and shipping companies (2,000 locations in 130 countries, 76,000 employees) and their network traditionally consisted of ships, airplanes, trains and trucks. Now they've added bicycles--electric-powered cargo bicycles, to be exact--beginning with a trial in Bergen, Norway that has proven to be a success. 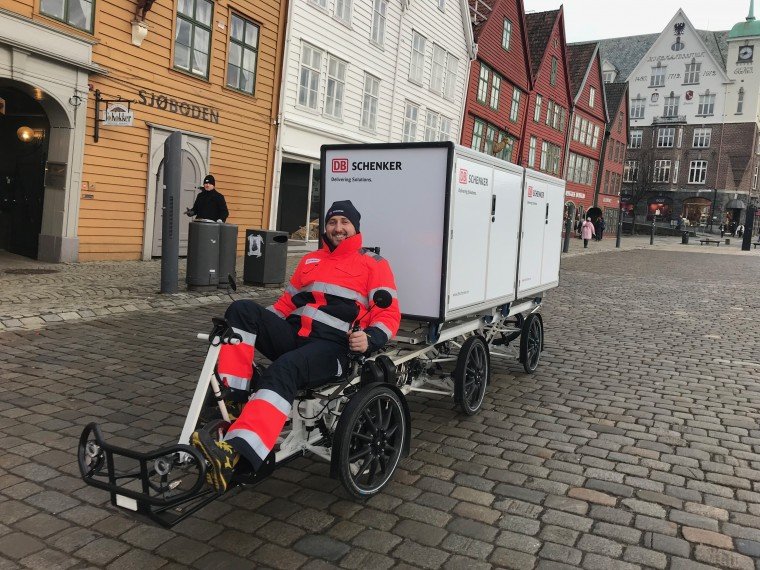 Rather than drive package-laden trucks into the city center, the company has set up a microhub within the city where packages are transferred from trucks to the bikes. Each bike can carry 300kg (660 pounds) and feature batteries with an 8-hour capacity, meaning they only need recharging once per day.

After just a few months of testing, the system reaped clear benefits:

"We are 40% more productive on a bike compared to a truck in the big city," says Lars Sveen, a Distribution Manager at DB Schenker Norway. "At the same time, we are saving CO2 emissions and thereby [utilizing] greener solutions.

"In addition, besides the better accessibility, we have another big advantage: Always easy parking." 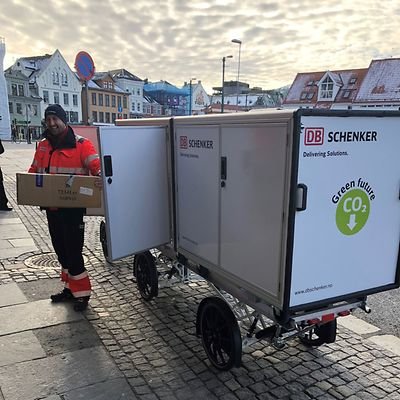 The choice of Bergen as a testing site is interesting for a couple of reasons: One, the city has similar weather to Portland, meaning it rains 286 days a year. Two, despite its Scandinavian location, Bergen "has an almost complete lack of bike infrastructure, and the cycling modal share is as low as 3%!" writes Johan Erlandsson, CEO of Velove, which supplies the bicycles. "A bit surprising for us, but actually good news--our solution can work well even without proper cycling infrastructure."

Following the success of the trial, DB Schenker's plan is to have the bike system up and running in Oslo, Trondheim, Drammen, Kristiansand and Stavanger.

The system has also proven successful in Hamburg, Germany (DB Schenker is a German company), as you can see below: