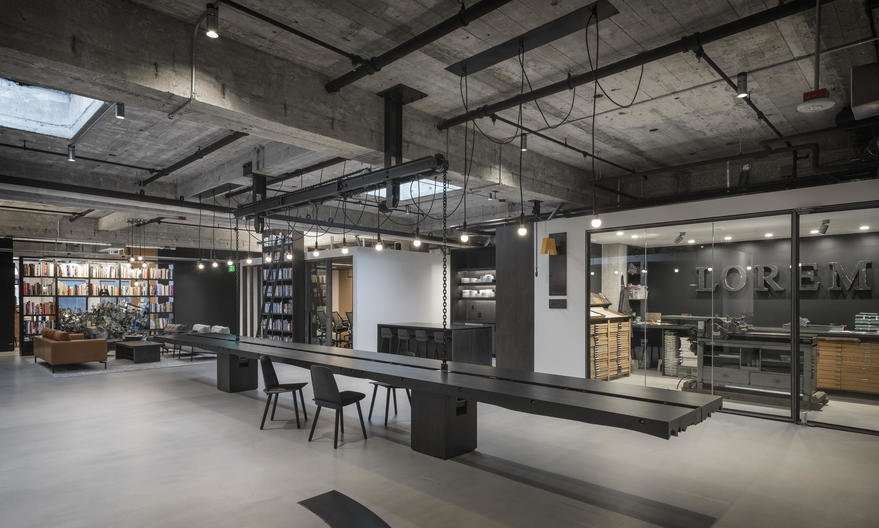 The central feature of Sid Lee's Seattle office is a table that can be craned up into a decorative lighting fixture. (Photo credit: Aaron Leitz 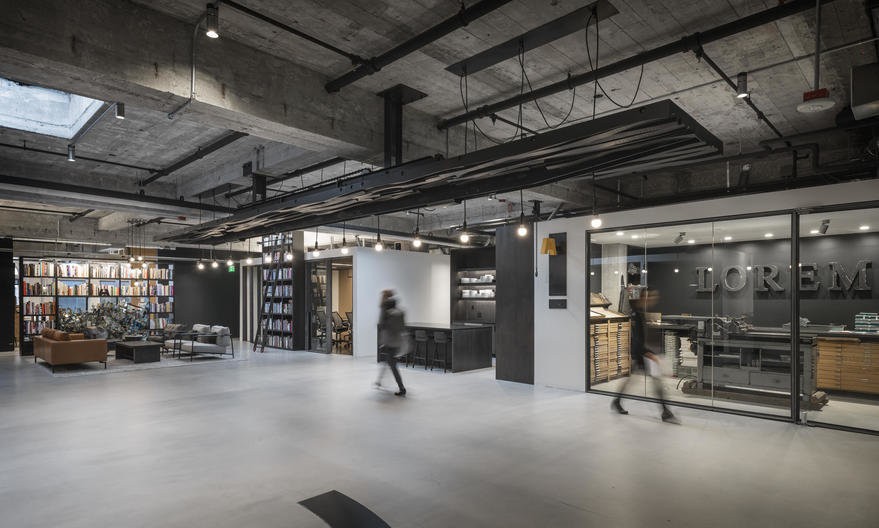 What the table looks like when it's lifted into a ceiling fixture. Also note the printing press studio in the background. (Photo credit: Aaron Leitz)

Housed in a downtown Seattle building constructed in the 1920s, the design of the space integrates original building features with contemporary architectural additions. Sid Lee's main motivation for hiring Olson Kundig was to set up a work environment that encouraged more creative cross-collaboration. Through versatile modular elements, the architects have allowed the agency to change the space quickly according to their needs.

The details sprinkled in the office are a real designer's delight in that they are quite clever, yet stealthily blend in with the surrounding environment. One furniture piece that was born from this brief is a boardroom table with a surprising twist—the kinetic table can be lifted to the ceiling with a pulley system, converting it into a lighting fixture in the heart of the office. 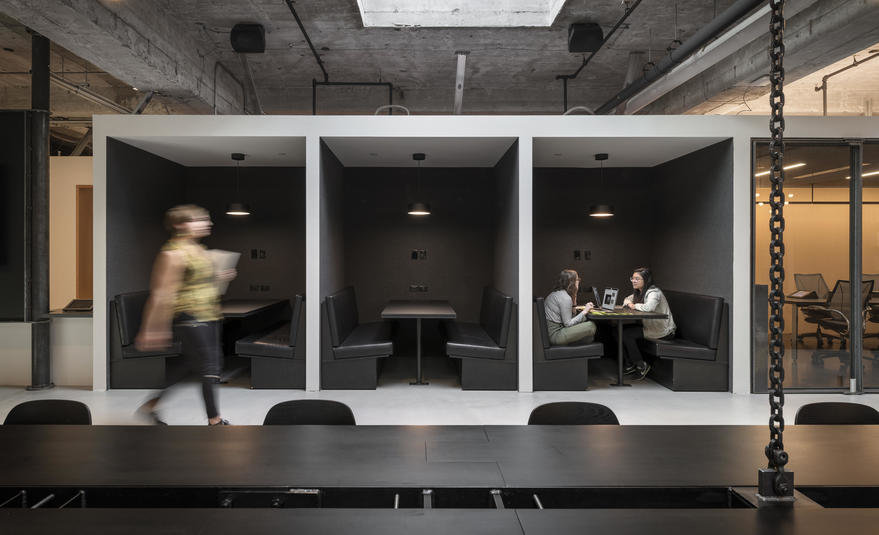 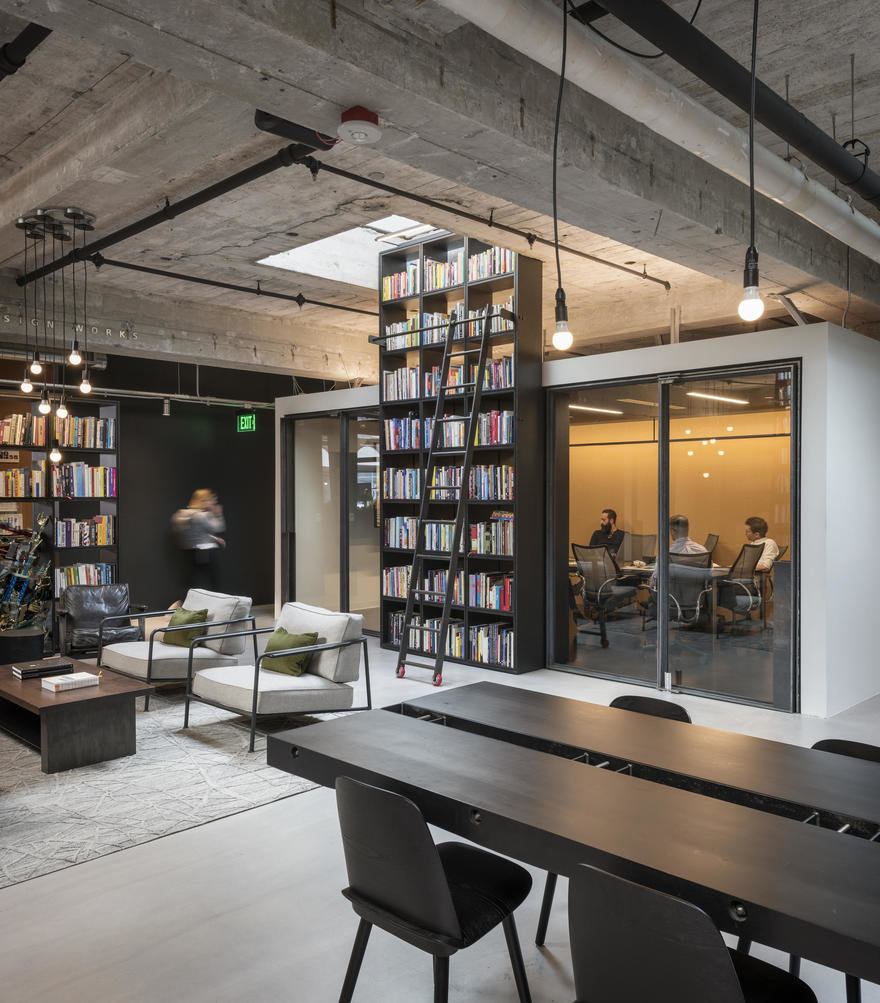 The office also features a library space for employees to relax and take in some inspiration (Photo credit: Aaron Leitz)

Another key element is a room designed specifically for Sid Lee's 100 year old printing press. The printing press is, as a press release suggests, "a key signifier of [Sid Lee's] culture of thinkers and makers working at the intersection of heritage and innovation." And the room housing the press is a space meant for creative exploration. 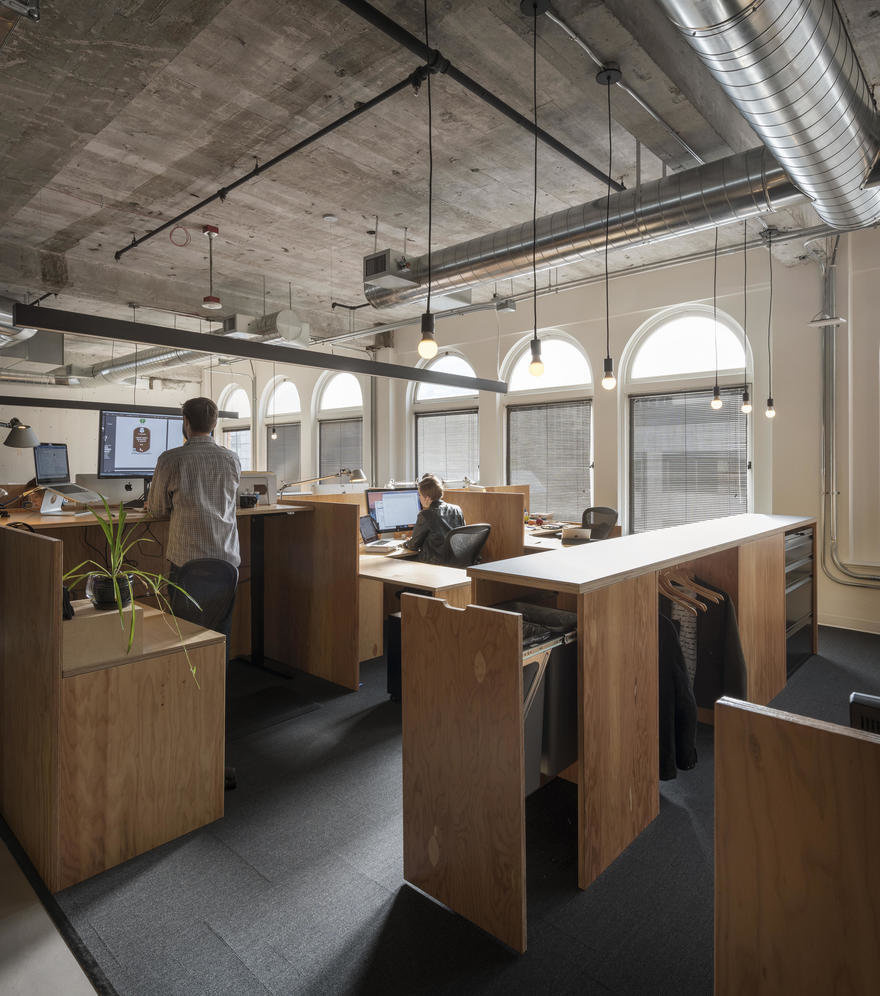 The overall layout of Sid Lee Seattle is a great example of how designing an office for versatility—whether that may include a table that can seamlessly merge into the ceiling or a variety of workspace setups for different creative modes—plays an important role in fostering creativity and focus. Architects of strict open office plans, take note.