Now that facemasks are a hot item that everyone wants to buy, why aren't the world's factories ramping up production of them? They can't, because one of the machines required to make the seemingly-simple objects is fiendishly complicated to make.

The filtering properties of the mask are conferred by a material called melt-blown fabric. This non-woven fabric is created by extruding melted polymer through an array of small nozzles, into a space filled with hot gas blowing at high speed. The flow of gas precisely stretches the extrusions as they emerge from the nozzles and land on a drum, fusing together to form a sheet. The resultant material is porous enough for humans to breathe through, yet can still prevent sub-micron particles from filtering through them. 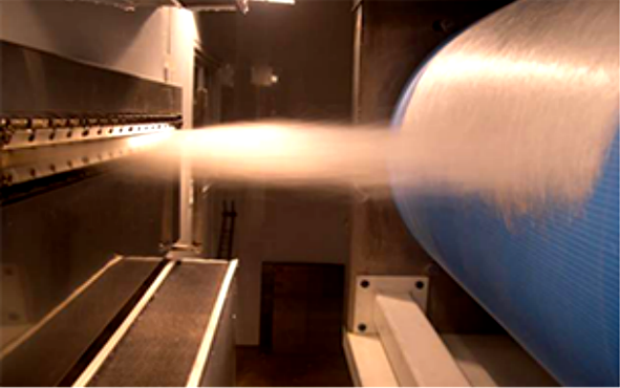 The machine line required to produce melt-blown fabric isn't terribly expensive by industrial standards; they're in the $4-million range. But creating the machines in the first place is another matter. As Reuters reports:

The machines are not easy to make because of the exacting precision required, says [Markus Müller, the sales director at German company Reicofil, a major provider of melt-blown machine lines]: "You need to stretch these fibers by hot air, and [the air] needs to be in perfect condition over the width of the machine. The biggest dilemma is that many of the machines are not producing consistent quality."

Reicofil's Müller says he gets more than four dozen requests a day, mainly from China, to buy melt-blown fabric and production lines but has to turn nearly all of them away; making a single machine line takes at least five to six months. 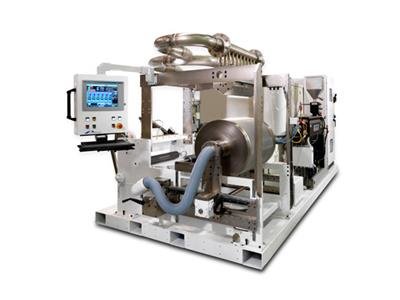 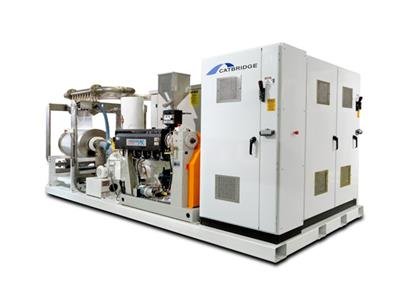 The scarcity of machines means that existing melt-blown material has become absurdly expensive:

"Before the outbreak, the going price for one ton of melt-blown fabric in China was under 6,000 dollars a ton. But now, it's about 60,000 dollars," said a sales staffperson surnamed Guo at Xuzhong Guohong, a major supplier of melt-blown based in Hubei province, the center of virus outbreak in China.

Unless someone can figure out how to produce these machines both precisely and quickly (China is trying), we can expect the mask shortage to continue. Because the machines are so time-consuming to make, it appears no flood of funding can ramp up production.

And if there's a material scientist or inventor out there who's been sitting on another, equally viable production method, I'd say that person is about to become very rich.