Felix Böck figured out how to start a successful business that makes attractive, sustainable products out of waste. Specifically, used chopsticks. "Most disposable chopsticks are made from bamboo that is harvested, treated, dried and shaped in China," Böck's company, ChopValue, writes. "These chopsticks then get shipped approximately 8,000 kms to be used once." 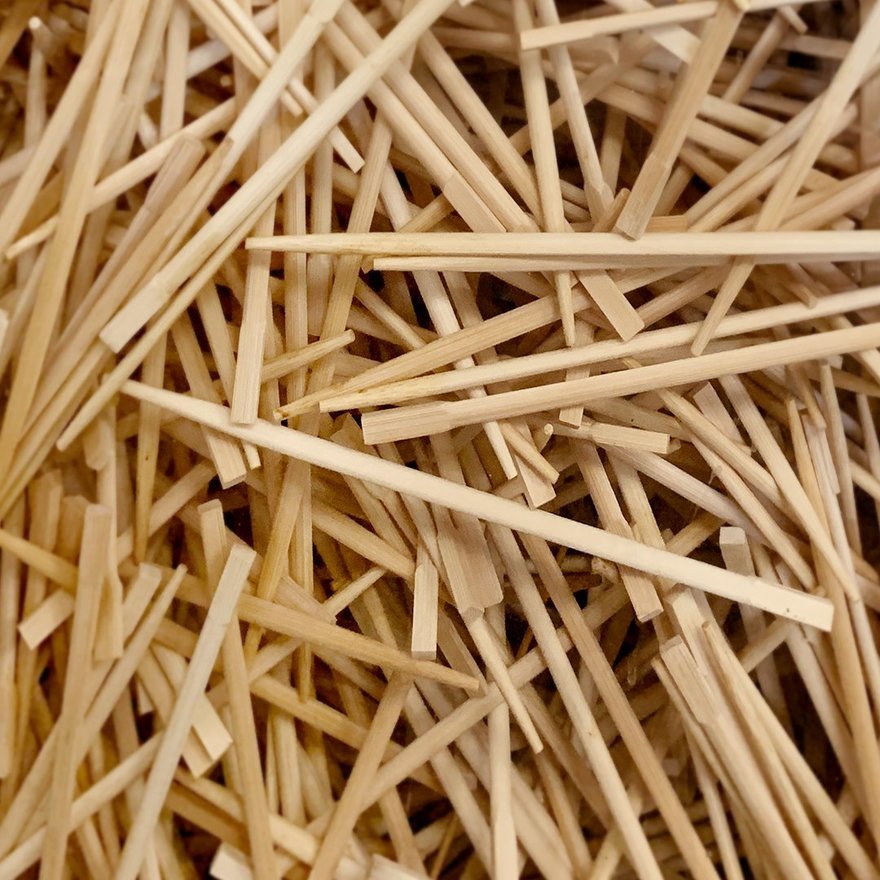 Böck's background is unusual: Hailing from a small town in southern Germany, he dropped out of book-learning school in 9th grade and earned a Master of Carpentry certification in Germany's rigorous craft education system. Unusually for a trained furniture builder in Germany, he subsequently racked up a Bachelors in Engineering specializing in wood science, becoming the first member of his family to gain a college degree. After working as a research engineer, he was recruited by the University of British Columbia to do a PhD in structural bamboo, in a research collaboration between UBC, MIT and the University of Cambridge.

In his new home of Vancouver, Canada, he had his sights set on reducing waste in the construction industry. But he wasn't gaining much traction, and one night a fateful dining choice altered his career:

The concept came to Felix over a sushi dinner with his partner, where he shared his frustration about the amount of construction waste generated in the city: over 600,000 tonnes a year - an amount that wasn't imaginable for the everyday consumer. There wasn't enough interest for his project proposal to use material from demolition and construction sites in the wood industry. He had to find a better way to communicate, in an easily digestible format, what a devastating impact this waste has on the environment, regardless of who was listening.

His partner (and now our co-founder) looked down at the disposable chopsticks in her hands, and asked, "Why not start with something more tangible?". Felix, who learned English from watching the TV show How I Met Your Mother, responded without hesitation: "Challenge accepted". 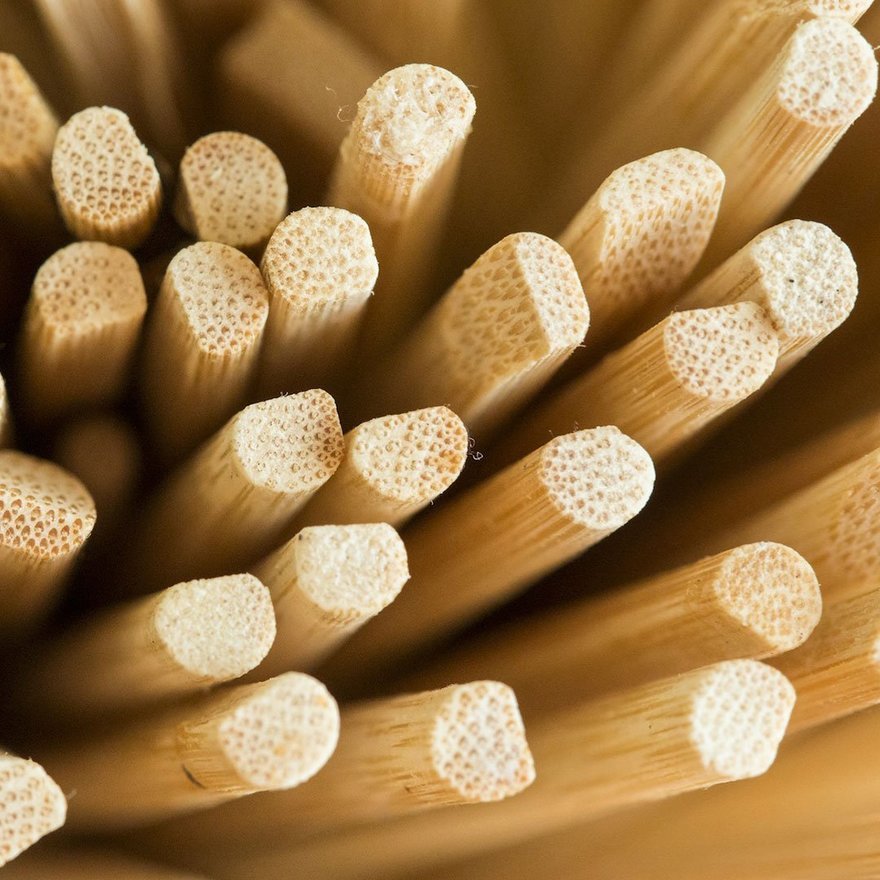 That's the genesis story behind ChopValue, the company Böck subsequently founded. By collecting used chopsticks from Vancouver's many Asian restaurants (they were collecting 350,000 chopsticks a week, prior to the COVID-19 outbreak) they get their raw materials for free. (And "In return, the restaurant's waste disposal costs are reduced, all while supporting an environmentally friendly cause," the company writes.

By pressing those chopsticks together and laminating them with non-toxic, urea- and formaldehyde-free water-based acrylic resin using a process developed by Böck, a process that also sanitizes the stuff, they gain a good-as-new material that can be machined in the manner of wood. It's largely bamboo, as that's what 95% of disposable chopsticks are made from. 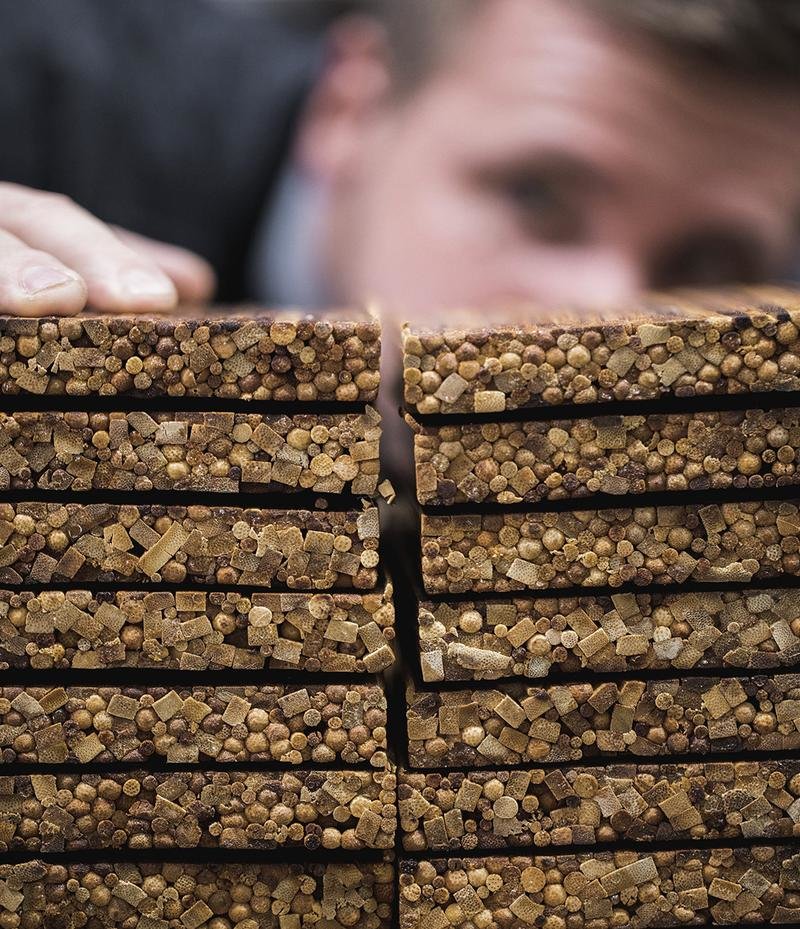 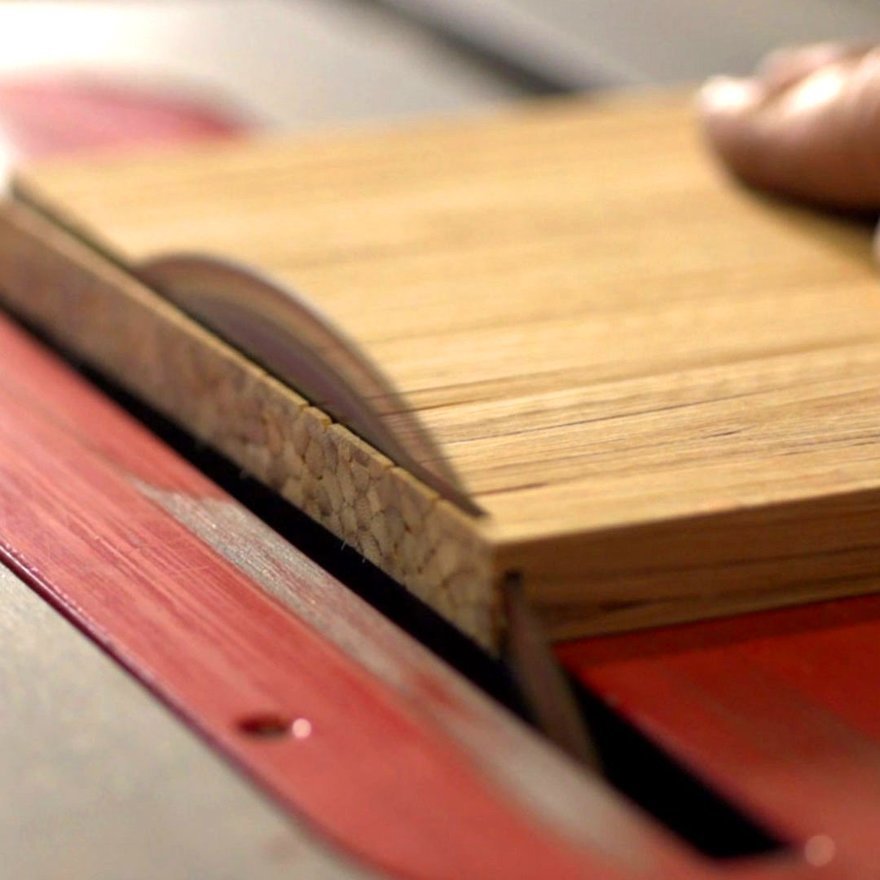 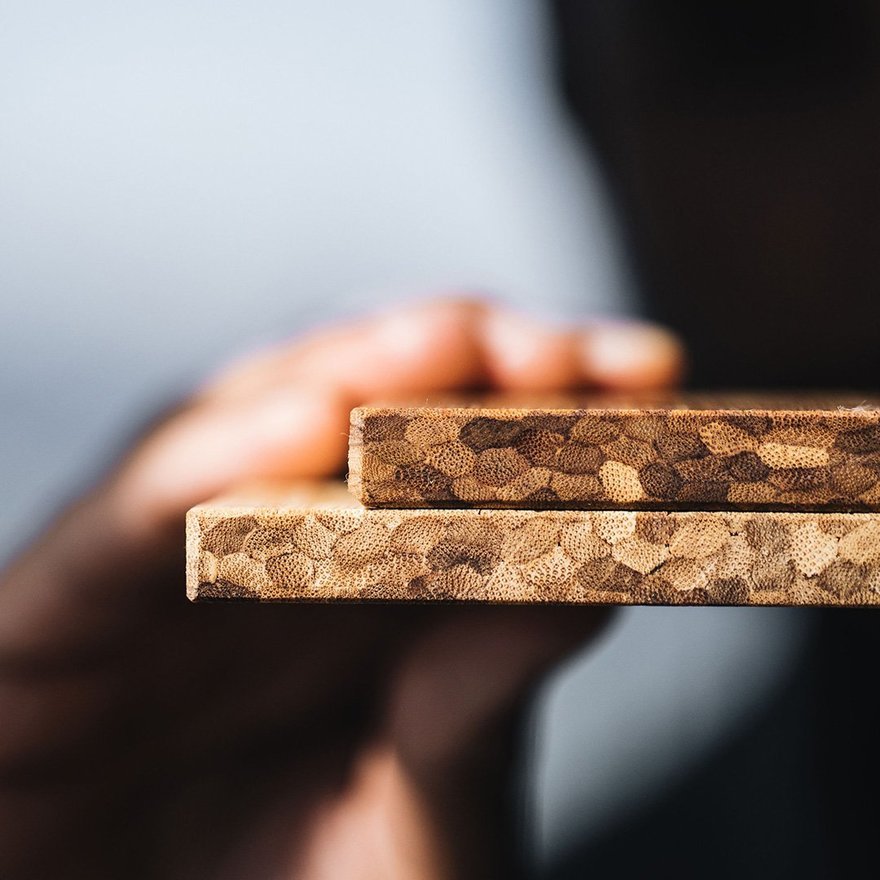 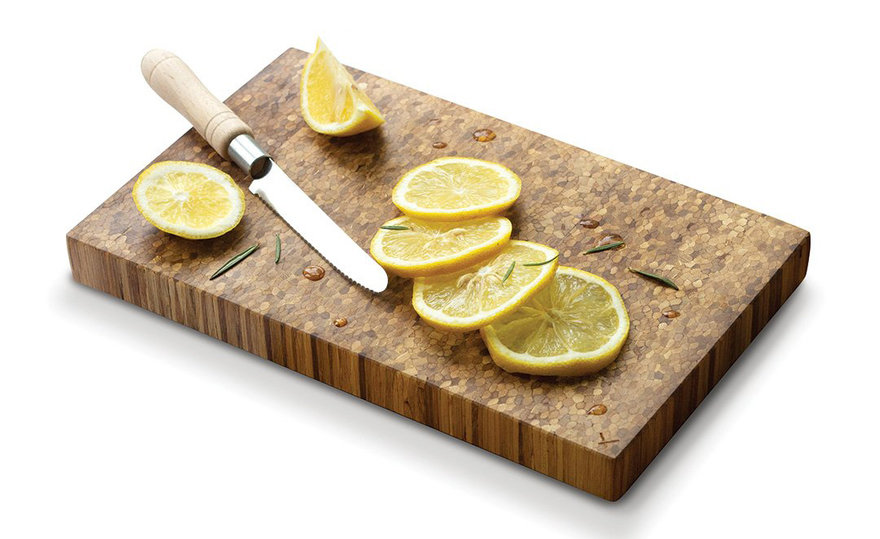 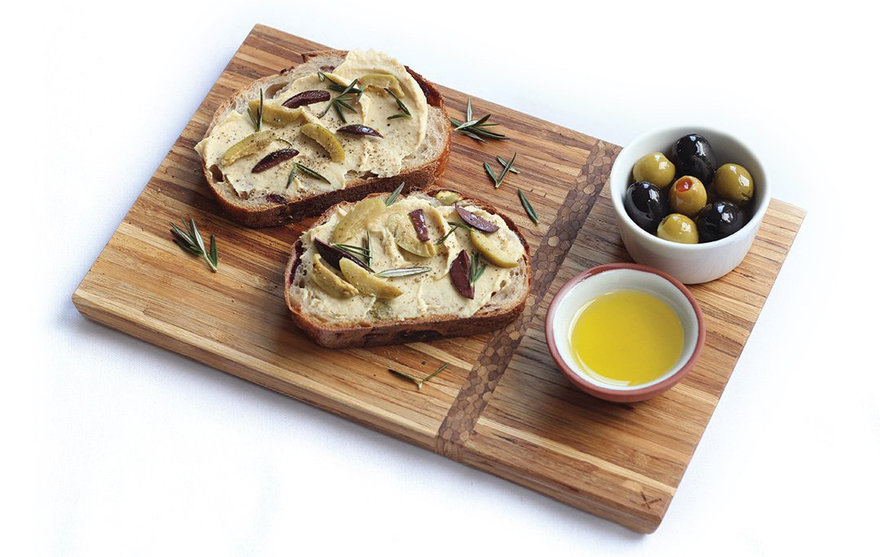 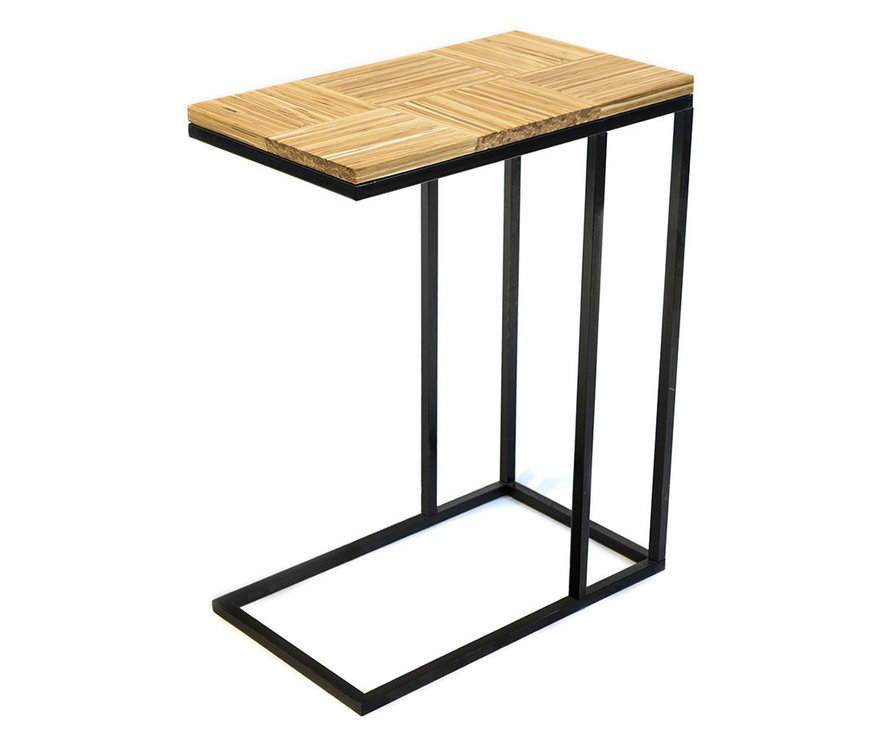 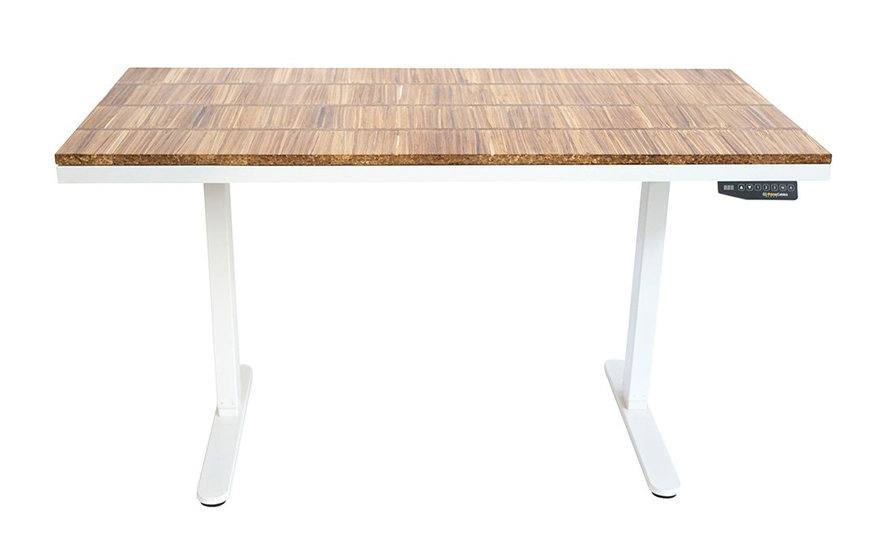 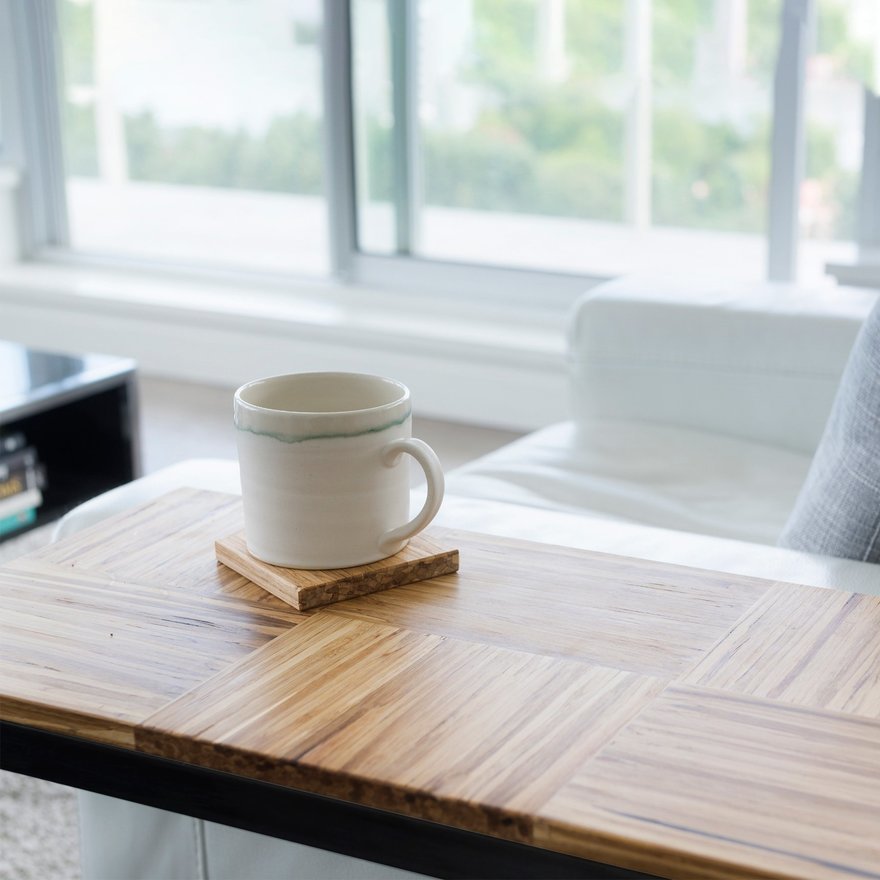 Additionally, they can and do fabricate custom furniture: "A community table created for Little Kitchen Academy diverted 33,436 disposable chopsticks from the landfill," Inhabitat writes. "Another big project saw the creation of wall paneling, restaurant tables and entrance flooring for Little Bird Dim Sum that utilized more than 330,000 disposable chopsticks. According to the company, its efforts have recycled more than 25 million chopsticks to date." 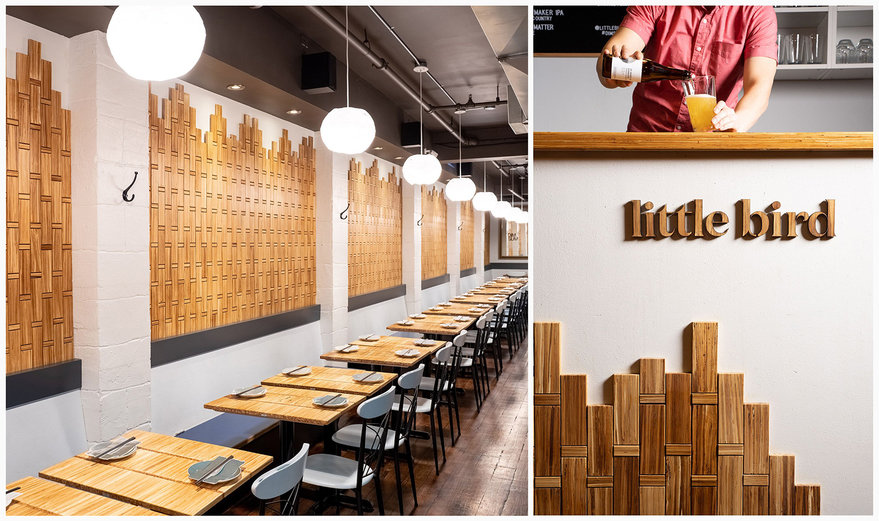 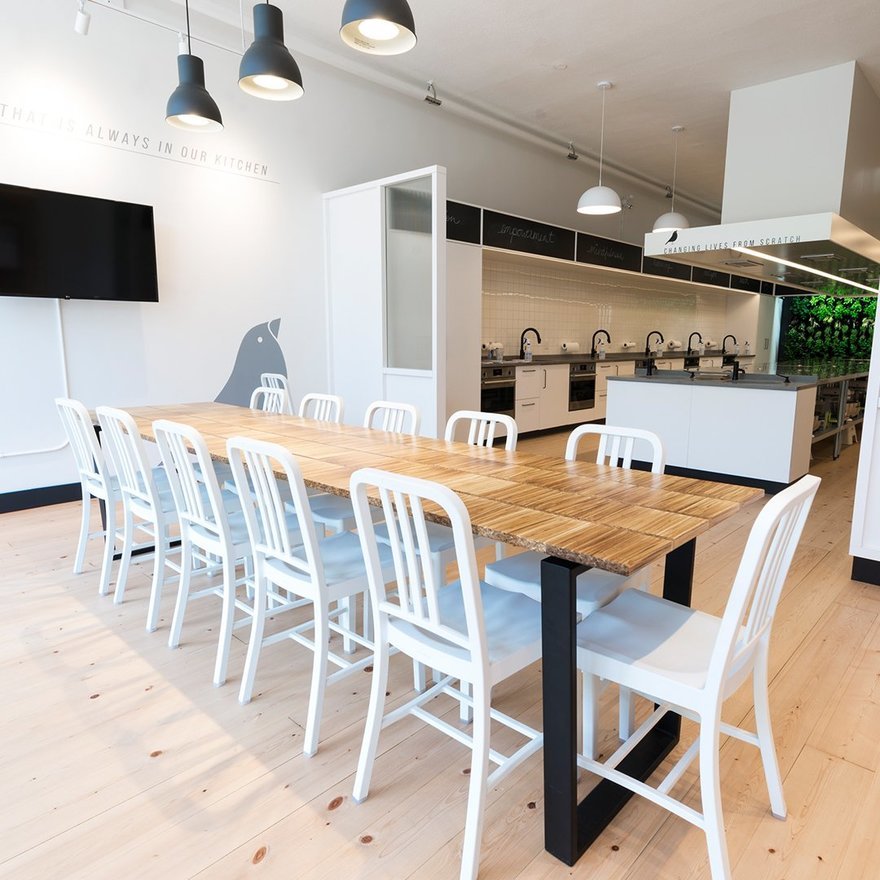 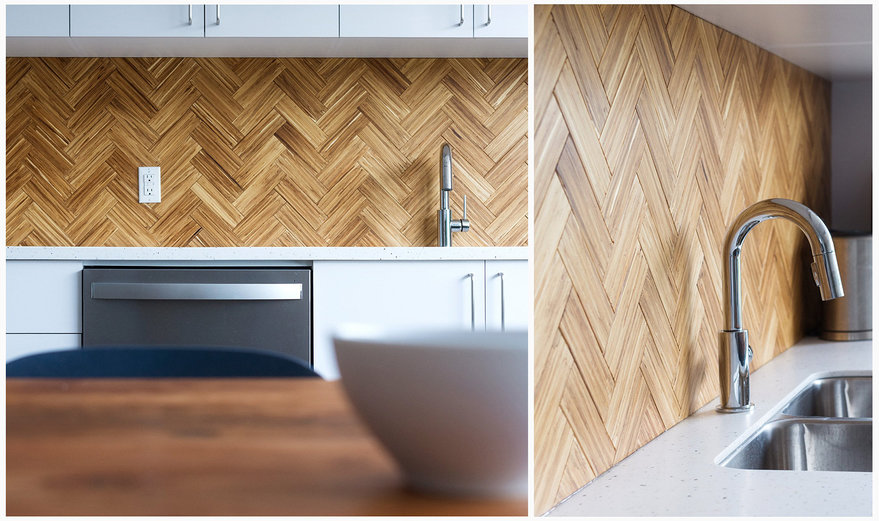 ChopValue's system is green, and better than composting the chopsticks. "Composting [would] emit the embodied energy of manufacturing and transport as well as CO2 of the chopsticks back into the air," the company writes. "Given that bamboo is a fast growing grass, it is actually one of the best materials to use for carbon sequestration. But to sequester carbon we need to extend the life as long as possible.

"Using recycled materials is just as good as creating products out of virgin materials, but with a better result for the environment." 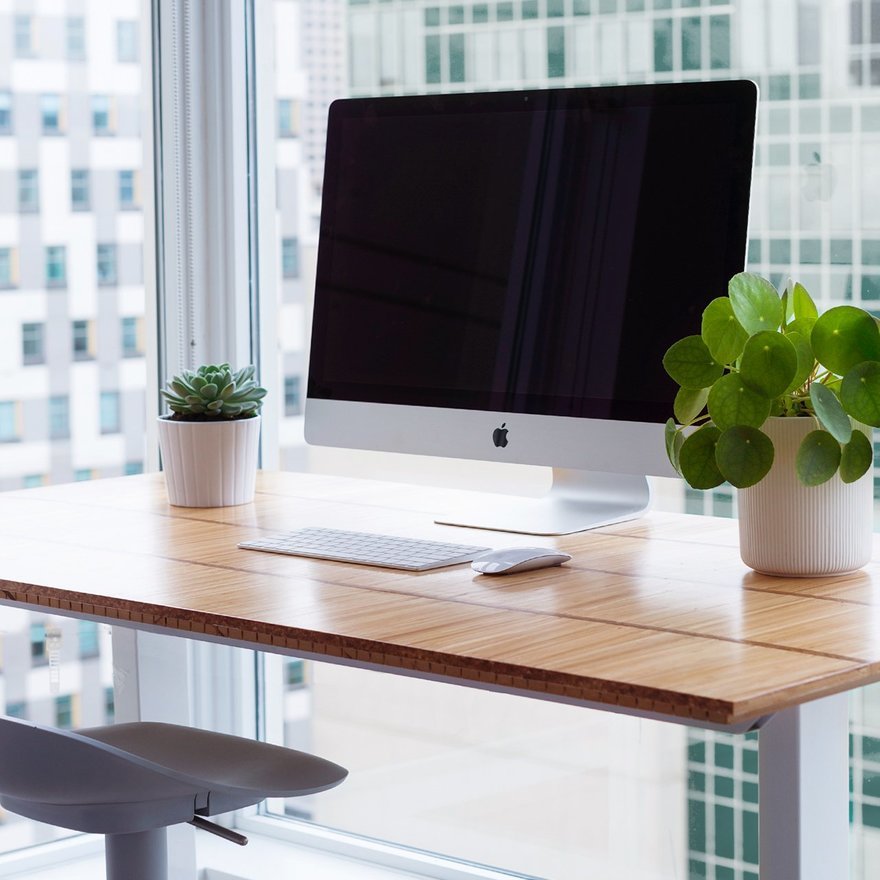 ChopValue's system was also immediately profitable. "The most surprising thing," Böck told BC Business in 2018, when they were doing $1 million in annual revenue, "is that we are cash-flow-positive after year one." By 2019, ChopValue outgrew their facility and had to move to a bigger one in Vancouver; that same year, they added a manufacturing facility in Montreal.

Unlike your average wild-eyed design entrepreneur, Böck has carefully considered how to spread the business model around, and has set up opportunities to franchise your own ChopValue "microfactory" in your area. For those looking to invest, the options range from pop-up to turn-key self-sufficient operation.

I know the COVID-19 situation currently has the economy on lockdown, but I'm really hoping that once things return to normal, ChopValue will continue to thrive--and that it will inspire other design entrepreneurs to create similar ventures out of waste. 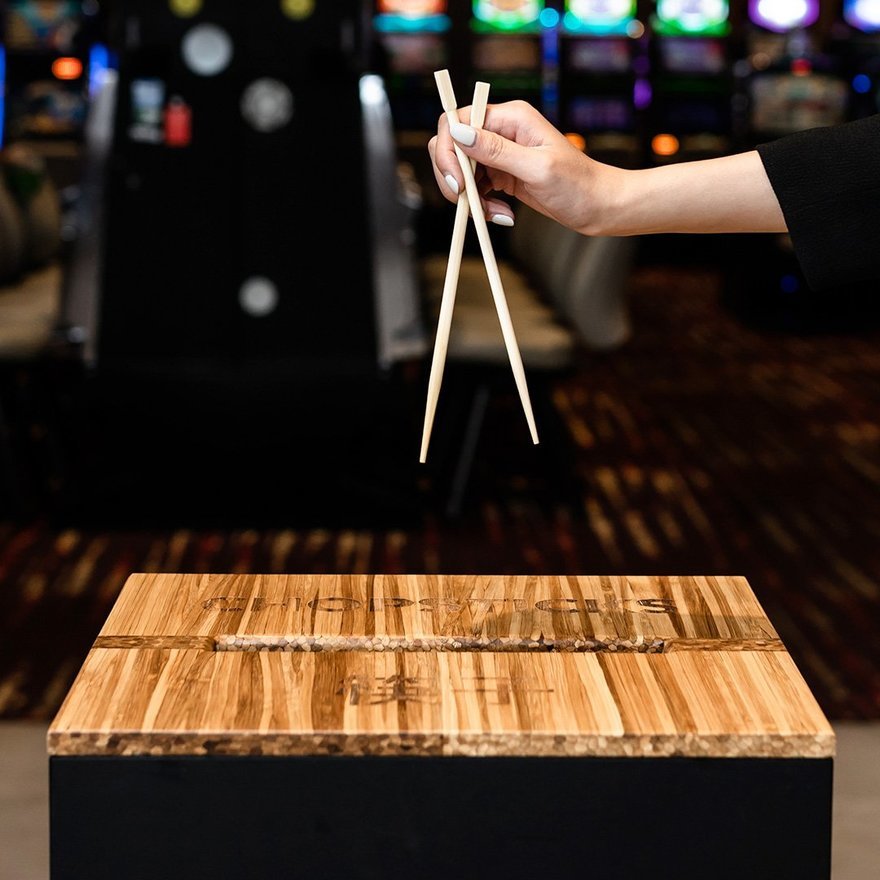