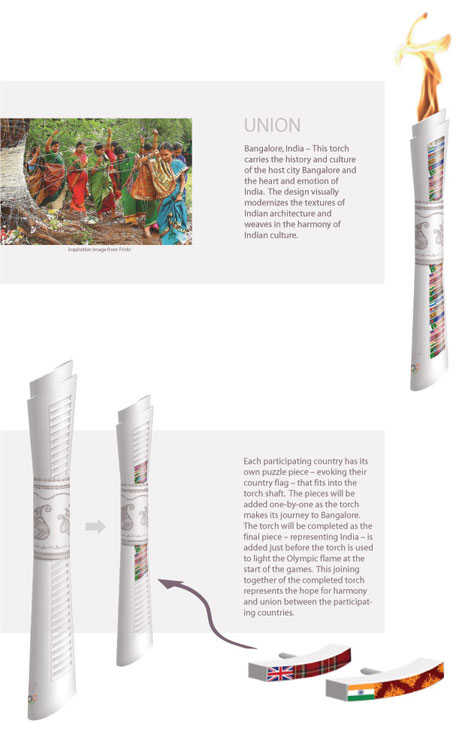 Given political climate, it's tough to know what role design should play in the creation of an Olympic torch. Can such a symbolic object ignite commentary or should it remain as universal as the Games themselves? This month's 1 HDC sparked a participation that was as diverse in form as it was in function. Results were as wide-spread as from Pakistan to Detroit, and as pretty as they were political. In homage to the diversity of Olympic competition, we picked three winners this round. Yup, a Gold, a Silver, n' a Bronze. (Insert trumpet blasts and national anthems here)

GOLD: A forum fave, the Gold medal is awarded to Soyun's 'Olympic Torch for Mumbai, India.' Inspired by the harmony of Indian culture, the participatory nature of this design can function both on a local and universal level. The shaft neatly houses puzzle pieces from each participating country, added one-by-one as the torch makes it journey through the world. The design is completed as the final piece - representing India - is added upon arrival to Mumbai. A symbol of participation and community, this is a fine representation of the ideals the Olympic games stand for.

Check out our Silver and Bronze medalists after the jump.

>> See all the entries here. 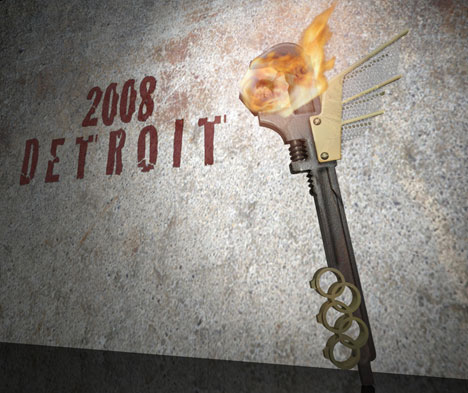 SILVER: From the other side of the world, the Silver medal goes to the '2008 Detroit' torch designed by Greenman. Though we admit the committee may have to revoke the medal due to Greeman's over-time rendering (ahem), we can't help but commend the integration of Detroit's working class heritage and steampunk-y spirit. Form aside, we also gotta' appreciate the functional quality of running around the world carrying a big flame-throwing wrench with brass knuckles. Yeah. 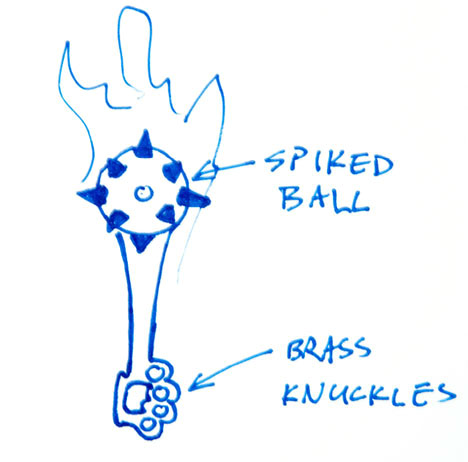 BRONZE: Last, but not least, the "So, you wanna take my torch eh?" by skforlee wins the Bronze medal. Timely, political and functional, we were hands down in love with this design. Wish we could've given ya' the gold, skforlee, but with napkin-sketch presentations you can only go so far. Let it be a lesson to all, it ain't imperative to be a sketch-master, but if you wanna' win the gold, a little extra skill can go a long way.

>> See all the entries here.